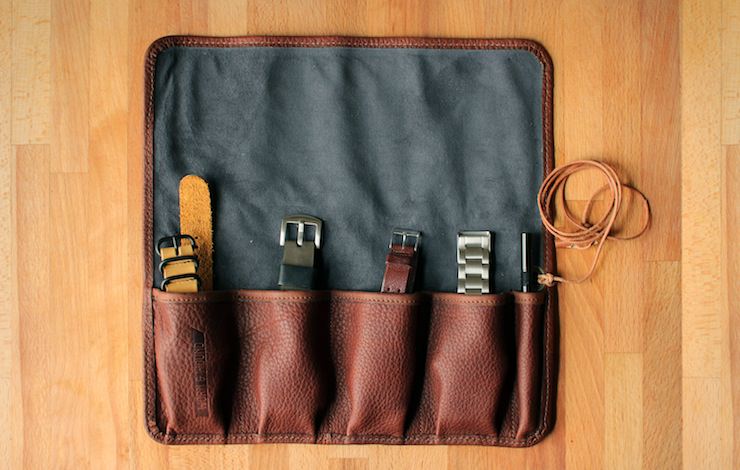 The Worn & Wound Watch Roll is the answer to that dilemma you face when travelling with 2 or more wrist watches. Made from 10oz Army Duck Canvas with all pockets and trim constructed from premium brown American leather the watch rolls are each made by hand in New York City.