Pistol Packin’ Mama and the WASPs 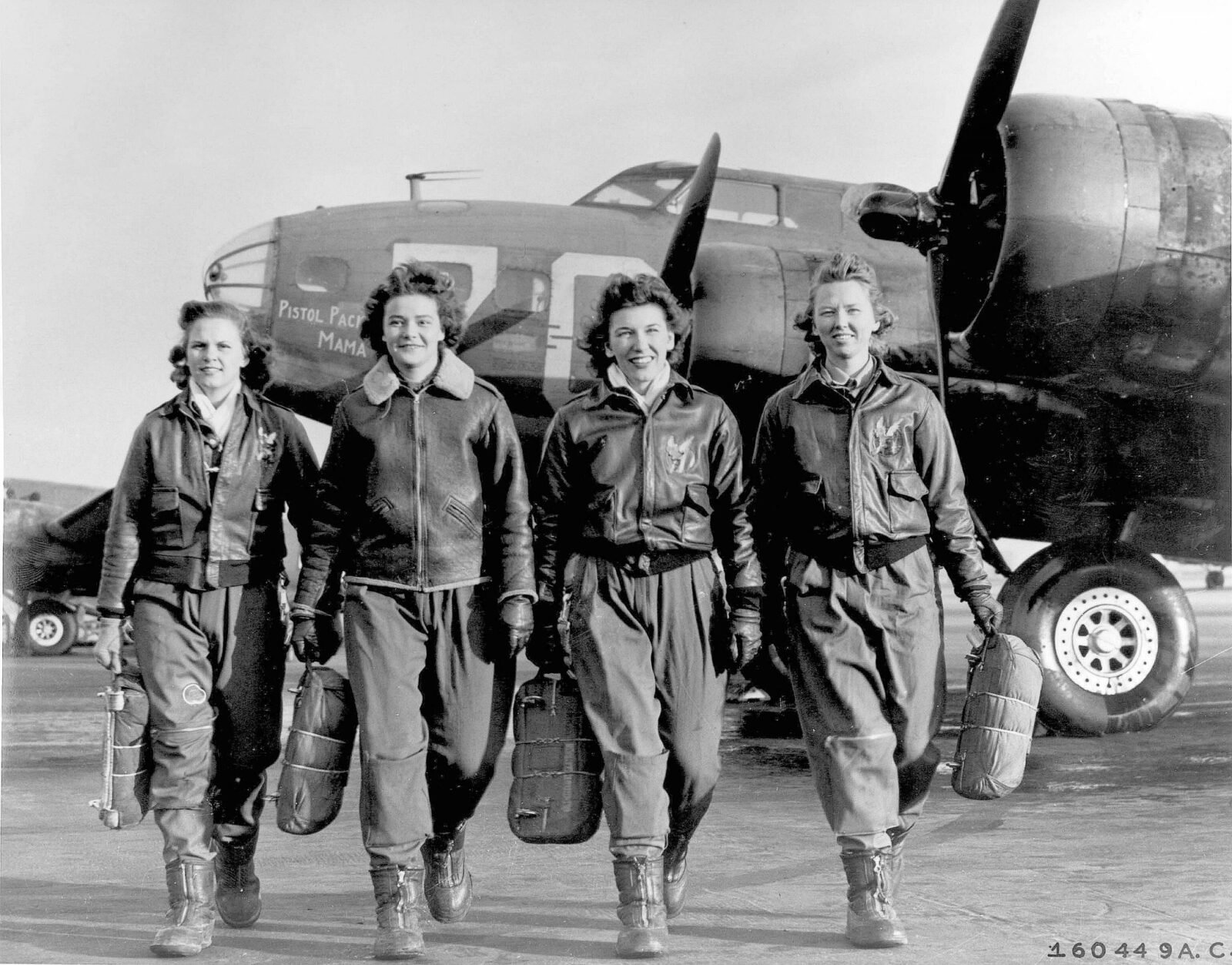 Pistol Packin’ Mama was a B-17 Flying Fortress that saw use during the Second World War as a training aircraft for female pilots known as WASPs (Women Airforce Service Pilots), over 1,000 female pilots had been accepted into the program by the end of the war and they had flown every type of American military aircraft in the sky.

All of the WASPs were required to complete the exact same primary, basic, and advanced training courses as their male Army Air Corps counterparts and over the course of WWII, 38 WASPs would be killed in the line of duty. Due to restrictions on gender roles within the military women were only permitted to fly non-combat roles, so they were put to work transporting aircraft around the USA and over to Britain – thus freeing up male pilots for combat flights into the war zones in Europe, the Pacific and North Africa.

Pistol Packin’ Mama is a 1943 song by Al Dexter, it was a perfect name for the B-17 Flying Fortress that would be used to train scores of WASPs and lay the groundwork for future generations of women who would fly shoulder-to-shoulder with male pilots on combat missions. 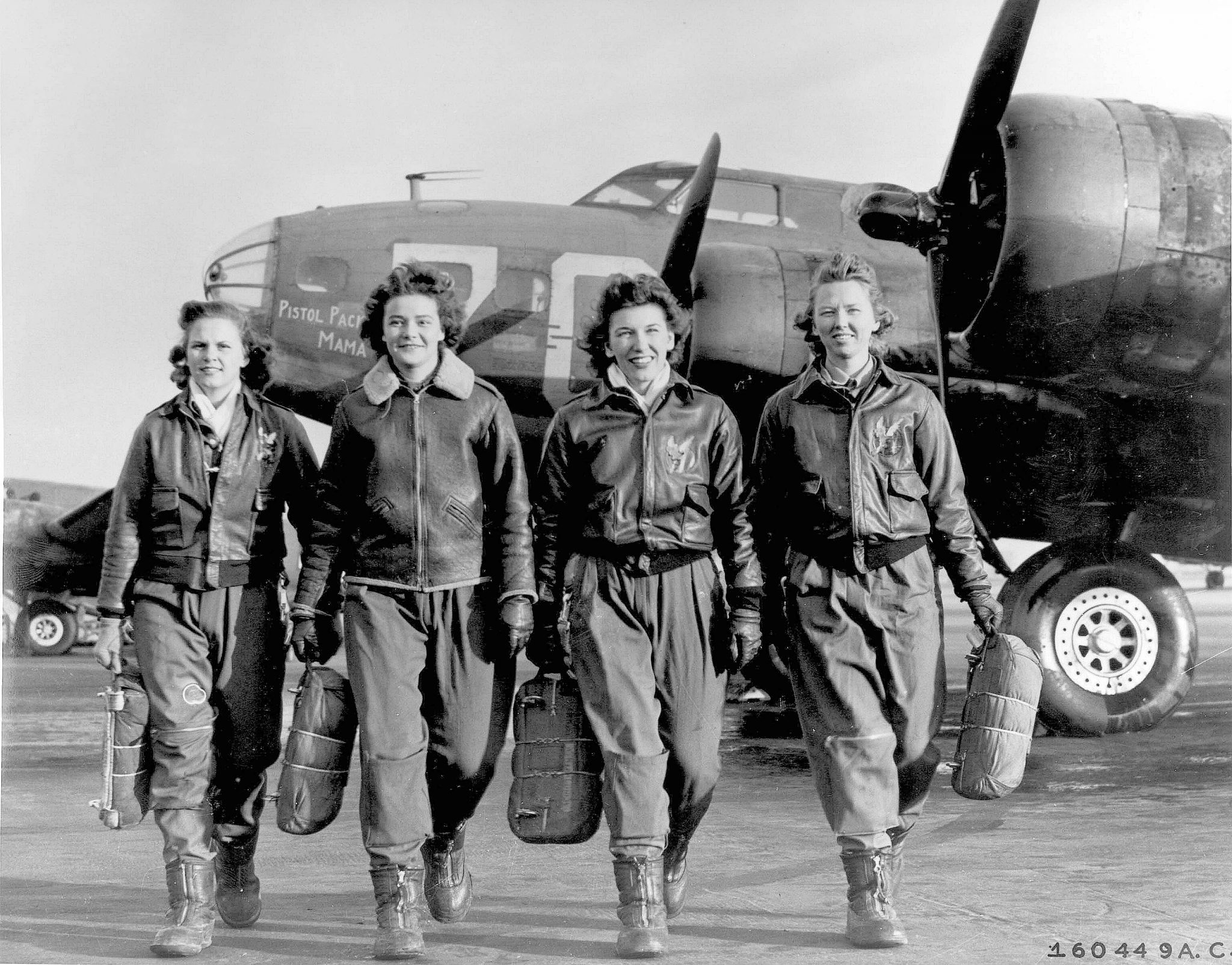