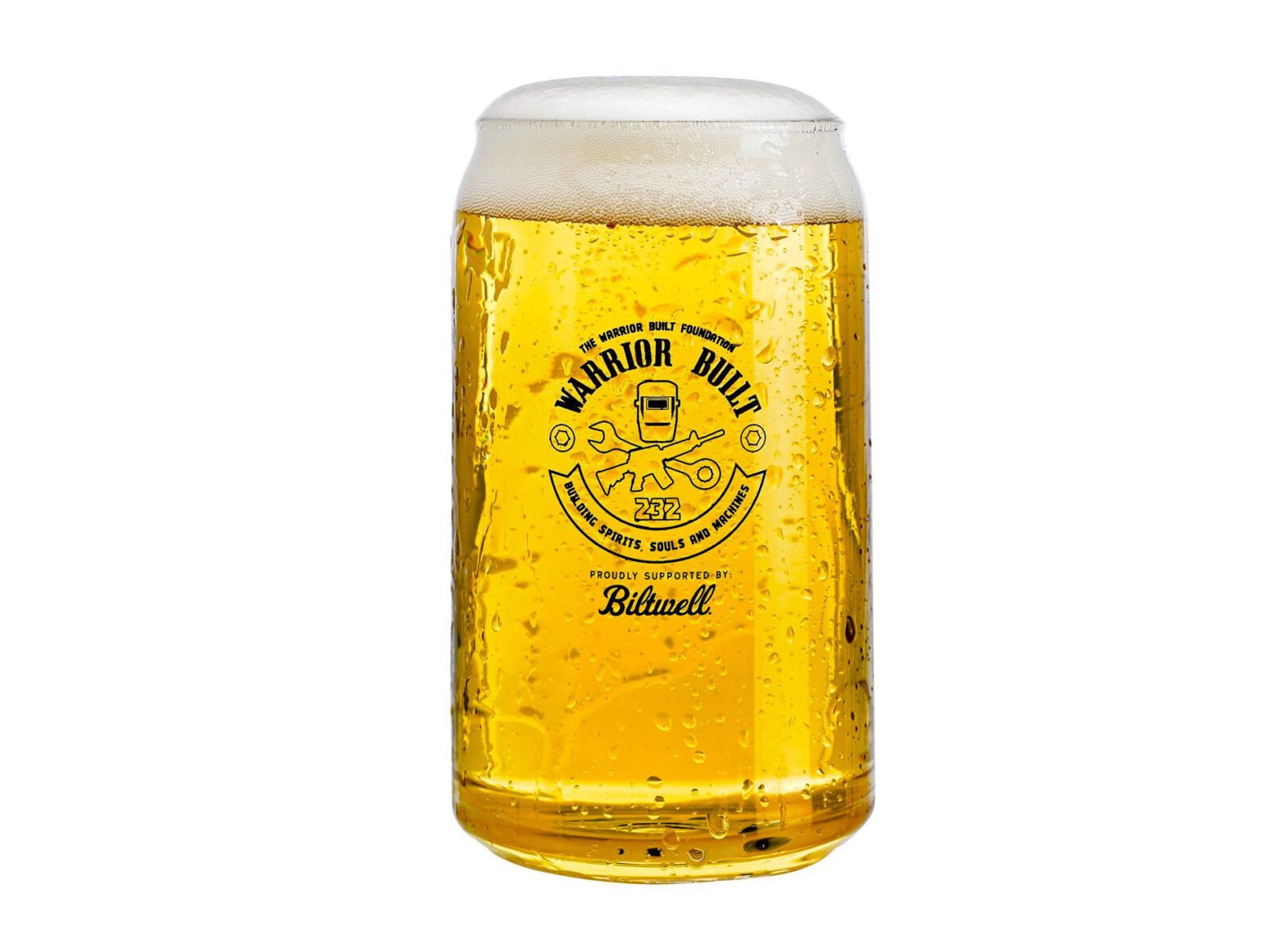 This is the Warrior Built 2020 pint glass, each is made in the United States and 100% of all proceeds go to the Warrior Built Foundation – a group that honors the service and sacrifice of combat veterans and wounded service members who served, by providing vocational and recreational opportunities.

Each glass measures in at 16 oz, they’re beer can shaped tumblers with a wide mouth for easy drinking. Although they’re designed for beer you can obviously use them for any drink you like, they’re made from high quality American-made glass, and they’re dishwasher safe.

The MSRP of $9.95 USD means they’re affordable for everyone, and they’re only available to buy on the Biltwell webshop. If you’d like to read ore about the Warrior Built Foundation you can click here to visit the official website, it’s also possible to make direct donations. 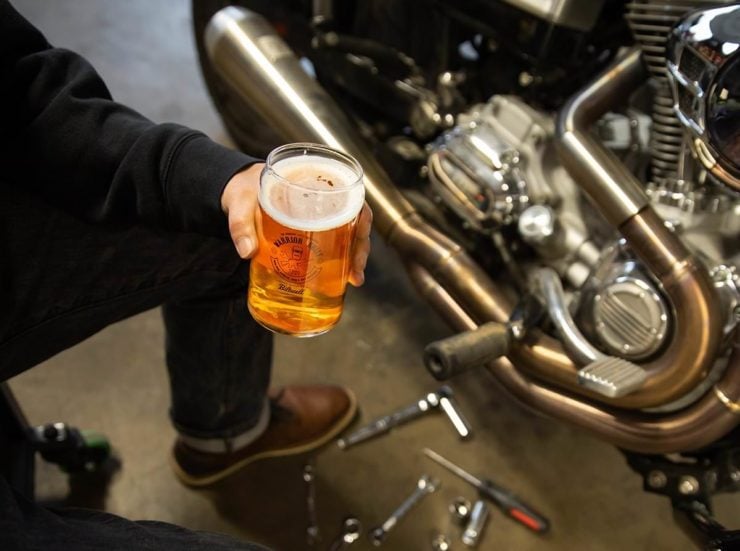 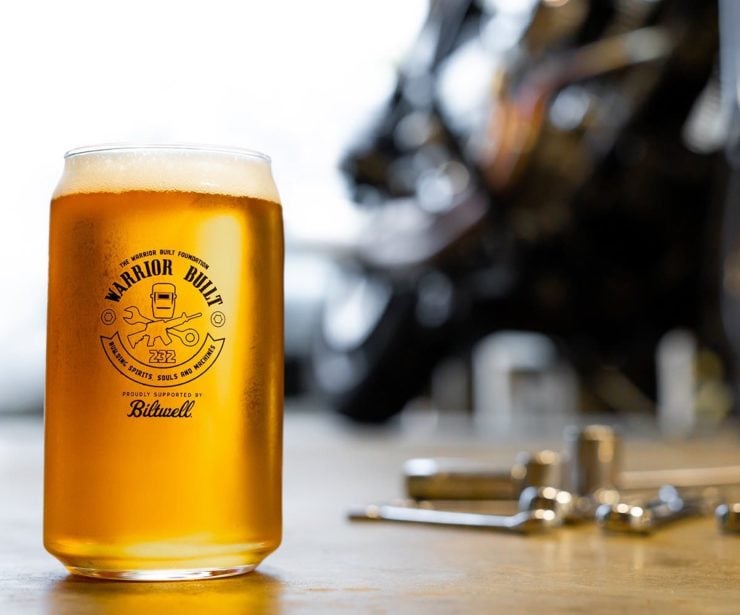 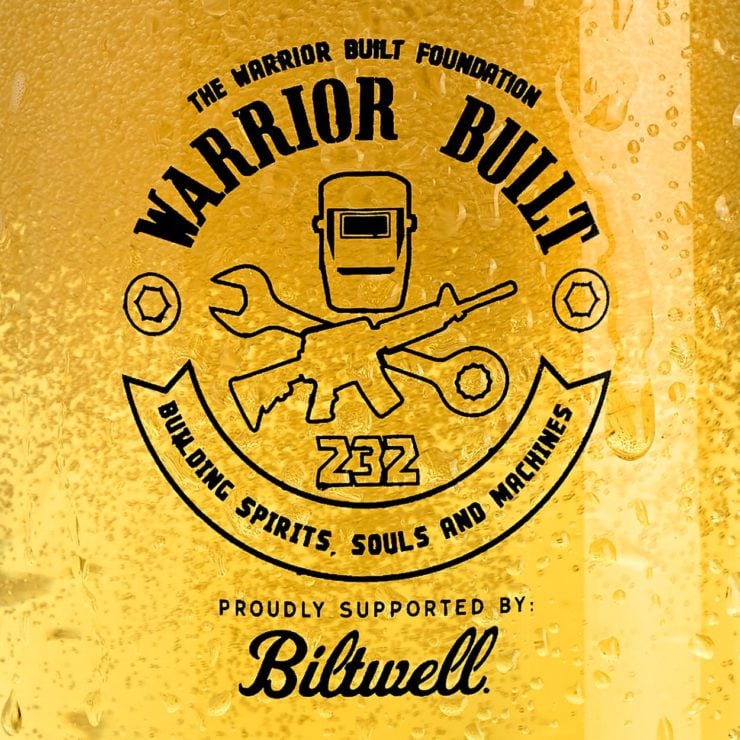