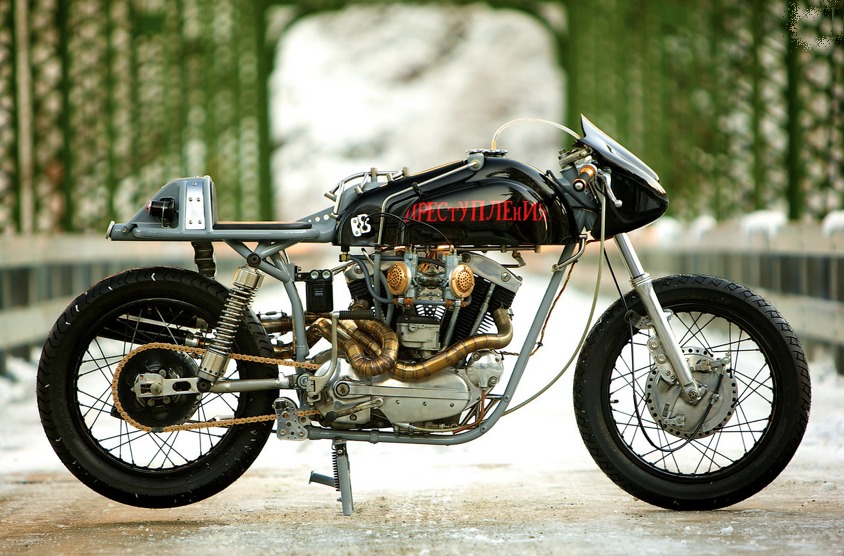 Super Rat Motorcycles is one of those garages that never, ever builds anything normal. And this bike, War Crimes, is anything but normal. We featured their Egg Salad bike last year and for those of you who remember it, you’ll know what I mean when I say that it took me a few minutes of studying it’s design to get my head around it.

War Crimes started life as a ’66 Harley-Davidson XLCH Ironhead. It was in terrible shape when the guys at Super Rat got their hands on it and as such, not much of the original bike remains except the engine, transmission and even that has been heavily modified. 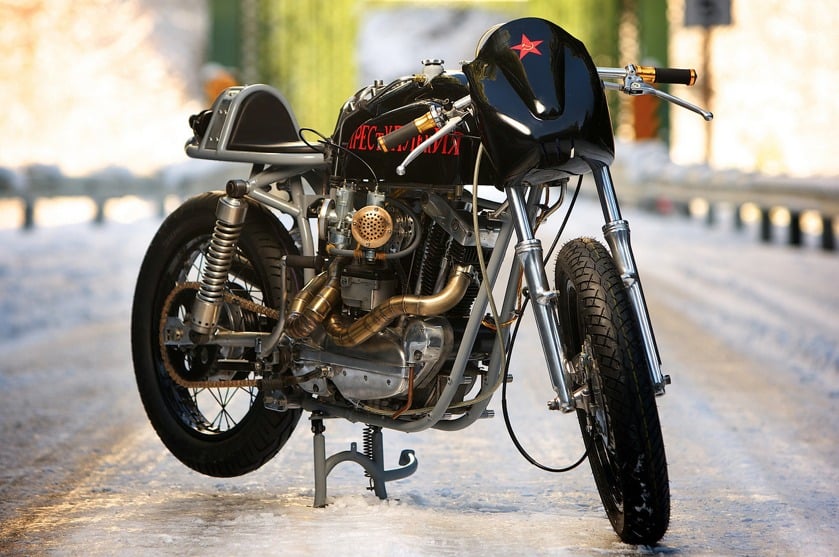 The twin carburettors are toggled with a custom 2 into 1 throttle cable (not a fun thing to have to make) and the meticulous exhaust system is a master class in delicate welding. The colour match between the chain and pipes is a really nice touch, as is the fuel tank and custom front fairing.

It’s great to see builders like this busting the mould and creating unique, rideable custom motorcycles that look like they’ll survive the eventual heat death of the universe. Click here to see more from Super Rat. 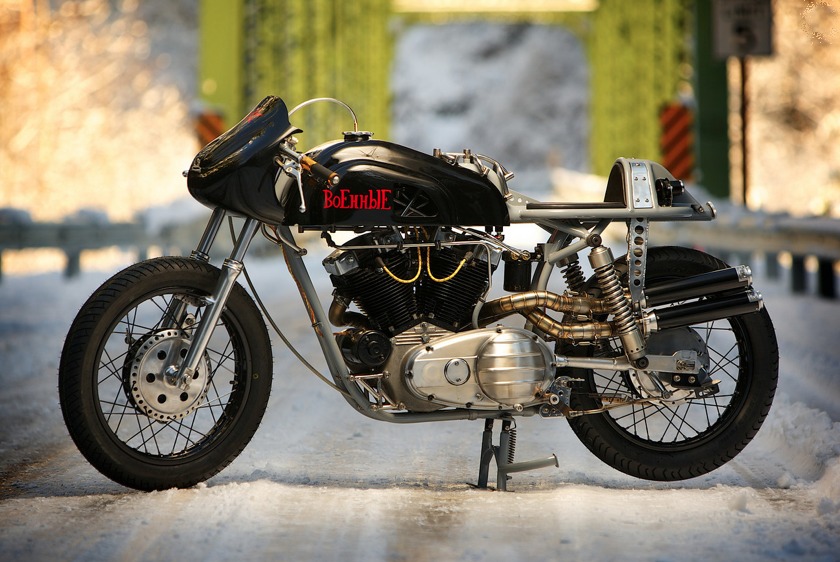 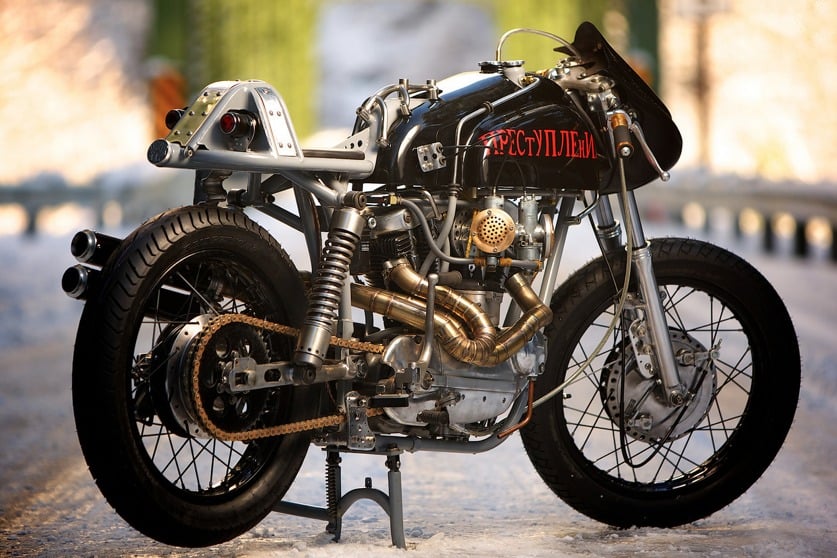 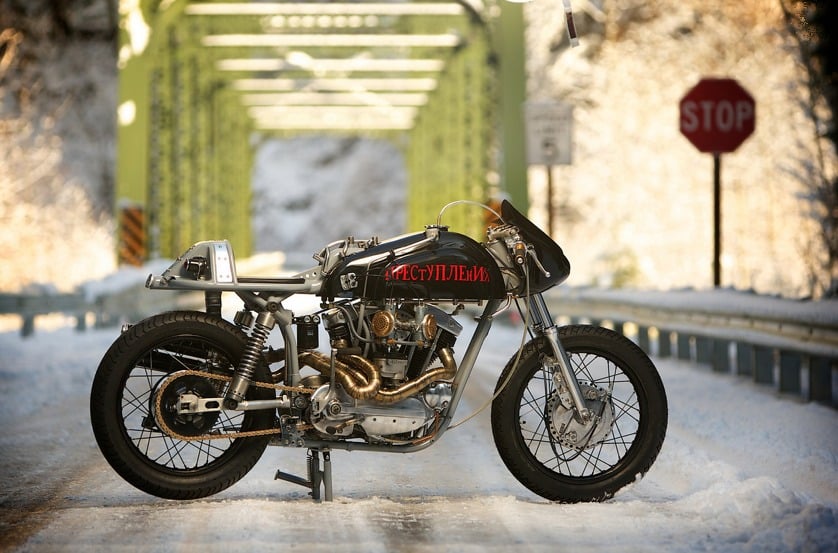