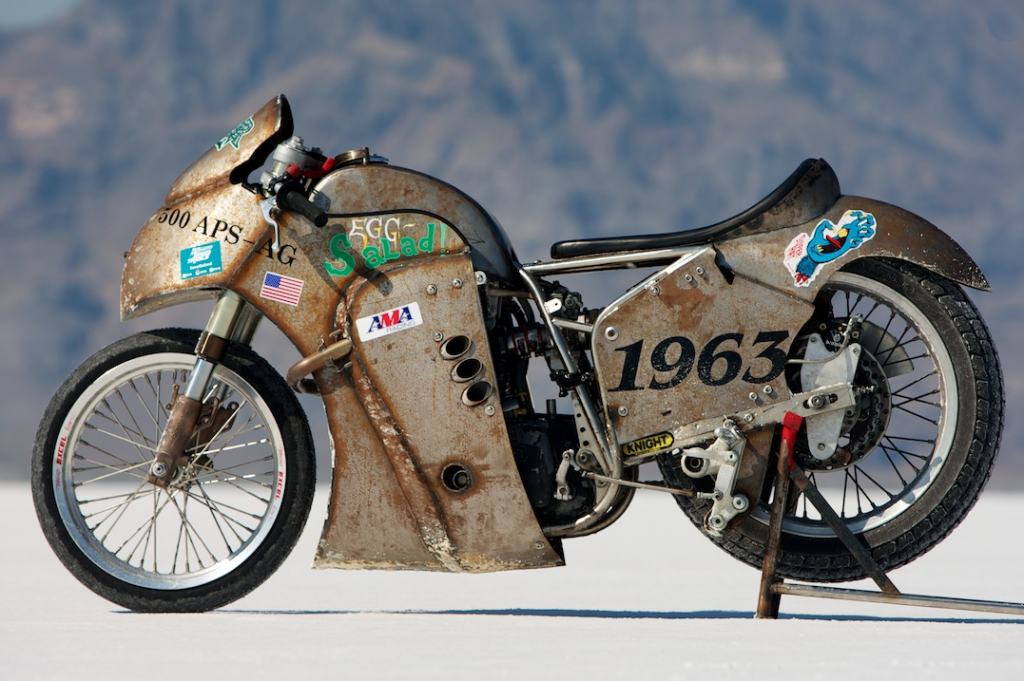 It’s always great to find a custom motorcycle that set fire to the rule book, tossed it out the window, then went downstairs and jumped up and down on the ashes.

This bike, named “Egg Salad” for reasons that escape me, is powered by a 500cc Rotax engine, it has a Knight Flat Track Frame, it doesn’t have a kick or centre stand in order to keep weight down and it doesn’t have an electric or kick starter for the same reason.

The bodywork on the Egg Salad was all hand fabricated by Mark and Carl Bjorklund, the brothers who founded Super Rat Customs. I personally love the raw-steel-appeal of the fairings, it looks like something that the team at Icon 1000 might have dreamt up after a night binging on tequila and roadside burritos. 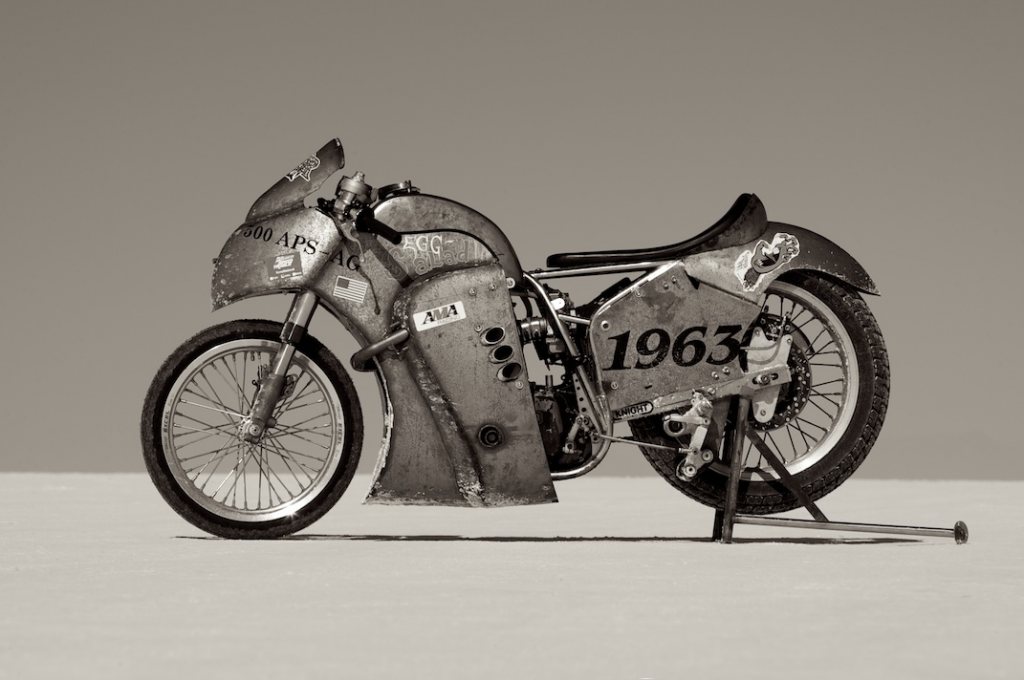 On a recent trip to the Bonneville Salt Flats, Egg Salad set a top speed of 113mph, now whilst this isn’t all that close to Mach 1, we need to remember that this motorcycle was built entirely by hand. It isn’t based on a stock bike, everything from the front forks, to the engine, to the frame, to the swing arm was bolted together for the first time by Super Rat Motorcycles late last year.

We’ll be keeping a close eye on Super Rat’s future customs, if you’d like to see more of their work, hit the link here. 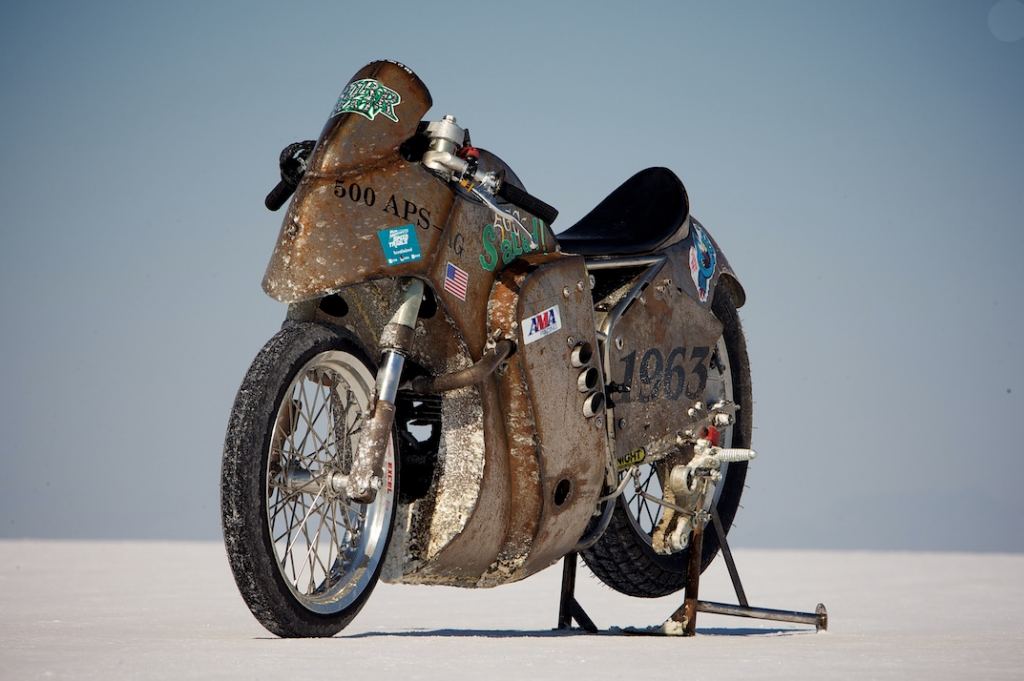 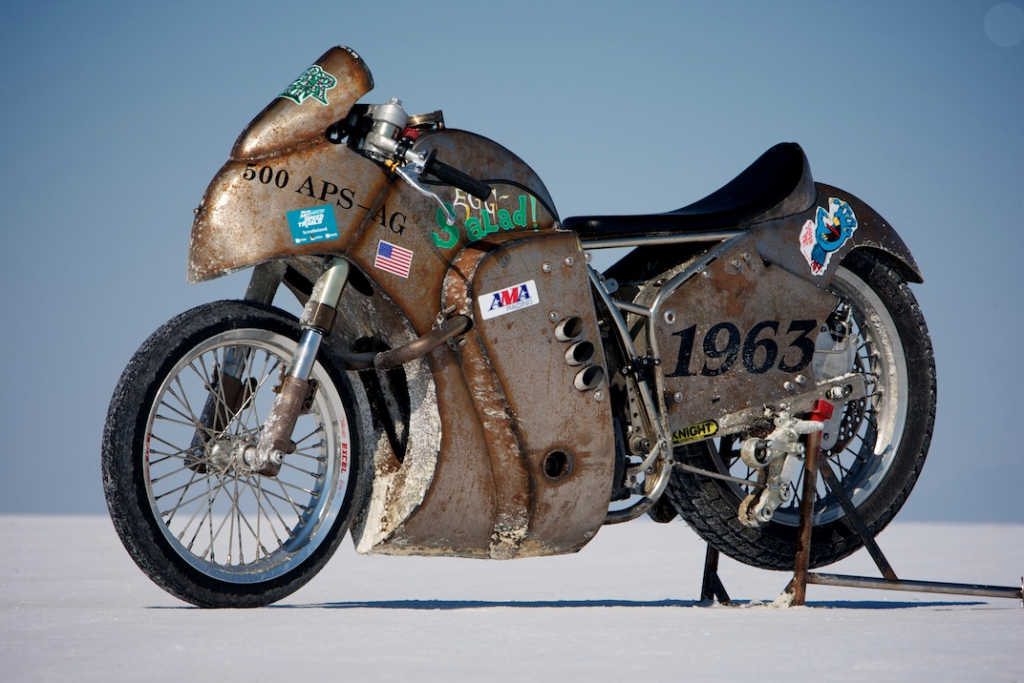 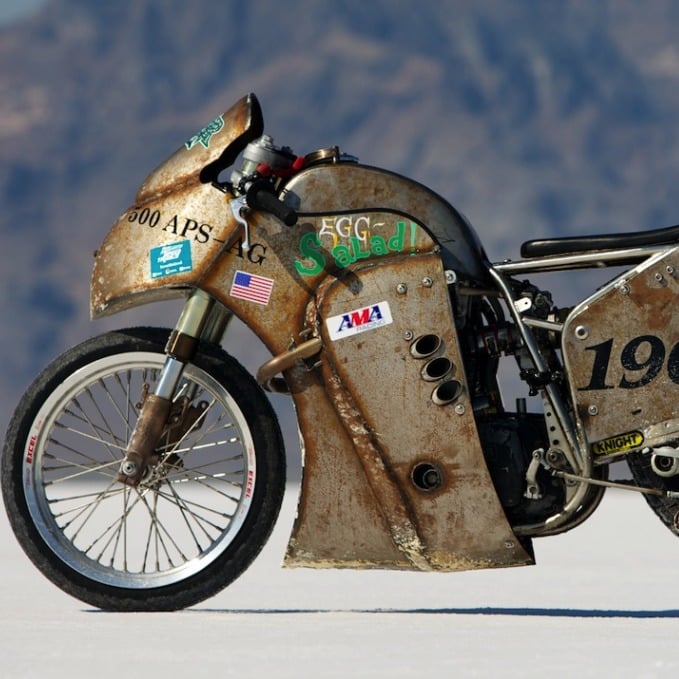