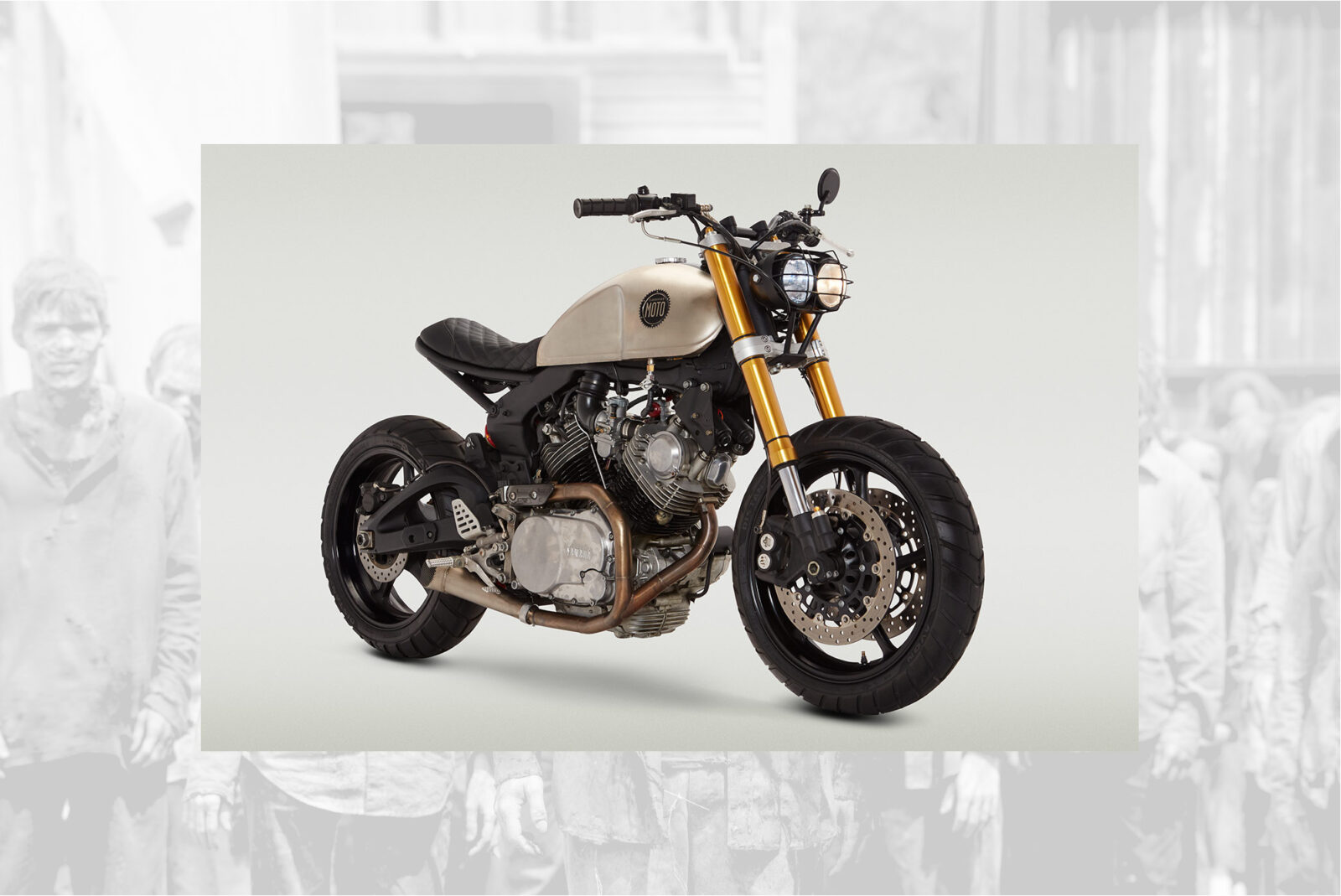 The Walking Dead has been a breakout success since it began airing in 2010, it’s been so successful that television shows have popped up that are dedicated to talking about each episode, just after it airs. The show is based on a series of graphic novels of the same name, it’s a post-apocalyptic zombie thriller that’s been a top rated show in a long list of countries, and it shows no sign of losing steam anytime soon. The most popular character from the series is almost certainly the anti-hero Daryl Dixon, played by Norman Reedus.

Reedus is well-known in motorcycle circles for being an avid rider and strong supporter of the US custom motorcycle scene – including Classified Moto based in Virginia, and run by the always friendly husband and wife team of Betsy and John Ryland. When not firing crossbow bolts into the heads of charging zombie hordes, Reedus films an AMC TV series called Ride with Norman Reedus, focussing on highlighting the work of motorcycle collectors, mechanics, and custom builders across the USA. 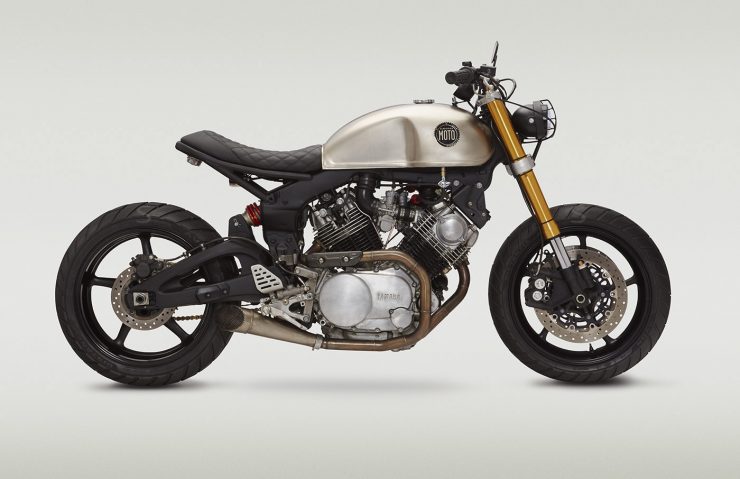 Norman has turned to Classified Moto more than once for custom builds, typically based on tried and tested Japanese machinery with a hefty dose of their world famous Virginia Voodoo. The most famous of the creations to roll out of the Ryland’s workshop is the reimagined Yamaha XV920.

They pioneered a (widely copied) series of modifications to turn the cruiser into a either a cafe racer or scrambler, stripping the bikes back to their core structure and showing off their handsome load-bearing V-twins and backbone frames that some have compared favorably with the legendary Vincent Black Shadow.

This would be the first bike built for Norman by Classified Moto, it started life as a bone-stock 1982 Yamaha XV920 but didn’t stay that way for long. The front and rear ends were removed, with a 2010 Yamaha YZF-R6R being added at the front and a 2007 Yamaha YZF-R6S donating its swingarm, suspension, wheel, and brakes to the rear.

In keeping with the scrambler tone of the build, a pair of dual sport Avon Distanzia tires were fitted front and back, with hooligan bars, a twin Dominator H1/Xenon headlight with protective grill, and a 70’s era Benelli Mojave 260 fuel tank. The seat is a custom unit upholstered by Roy Baird, speedo duties are handled by an Acewell digital unit, and a Shorai lithium ion battery keeps everything ticking over, whilst saving weight.

Norman worked closely with the Classified Moto team on the build, but due to filming it was mostly by text message, Twitter, and email. Once completed the bike was handed over down in Georgia where much of The Walking Dead is filmed, and anyone who follows Reedus on social media will have seen a number of photos from his adventures on various motorcycles, many taking place in Georgia between filming days.

As it happens, Norman has decided to move the bike on to make some room in his garage, so it’s being offered for sale by Barrett-Jackson on the 20th of October. There’s no listed estimate, however it’s likely to be popular with fans of The Walking Dead, Reedus, and Classified Moto – if you’d like to read more about it you can click here to visit the listing. 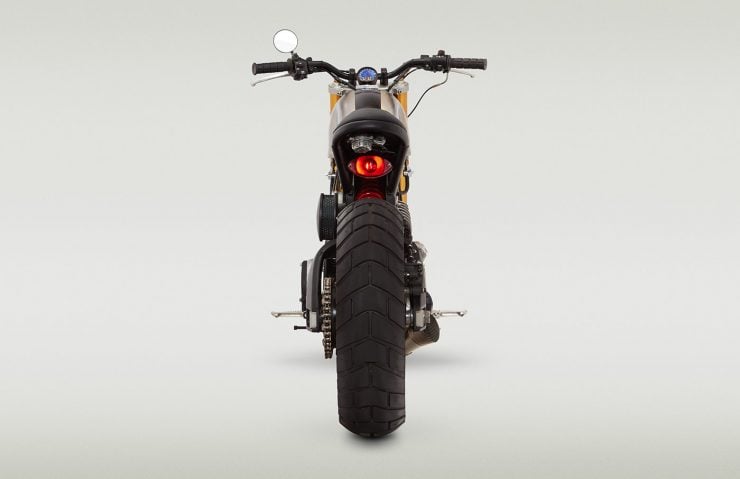 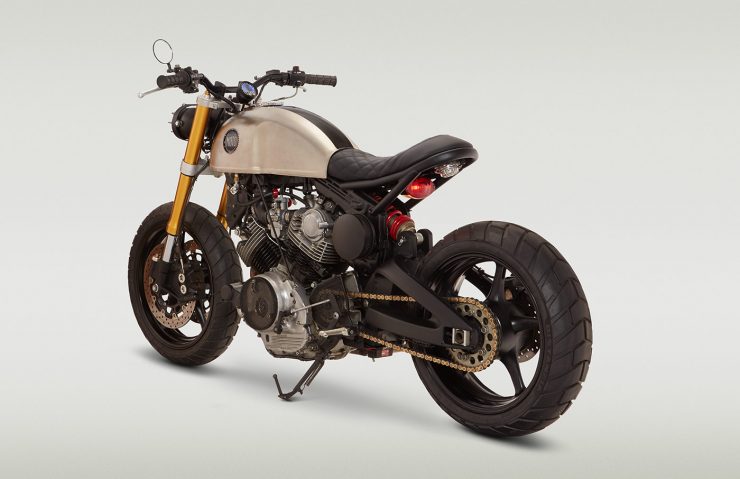 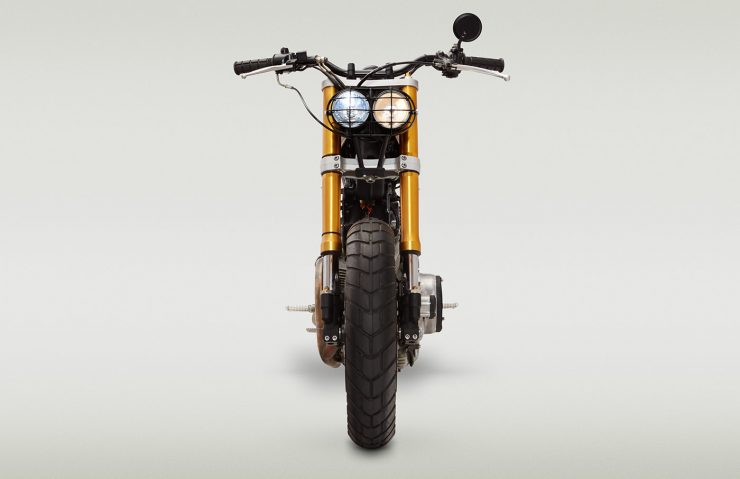 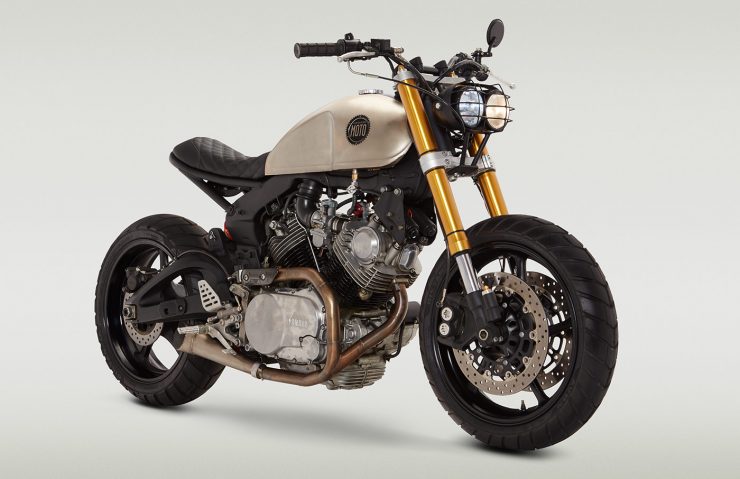 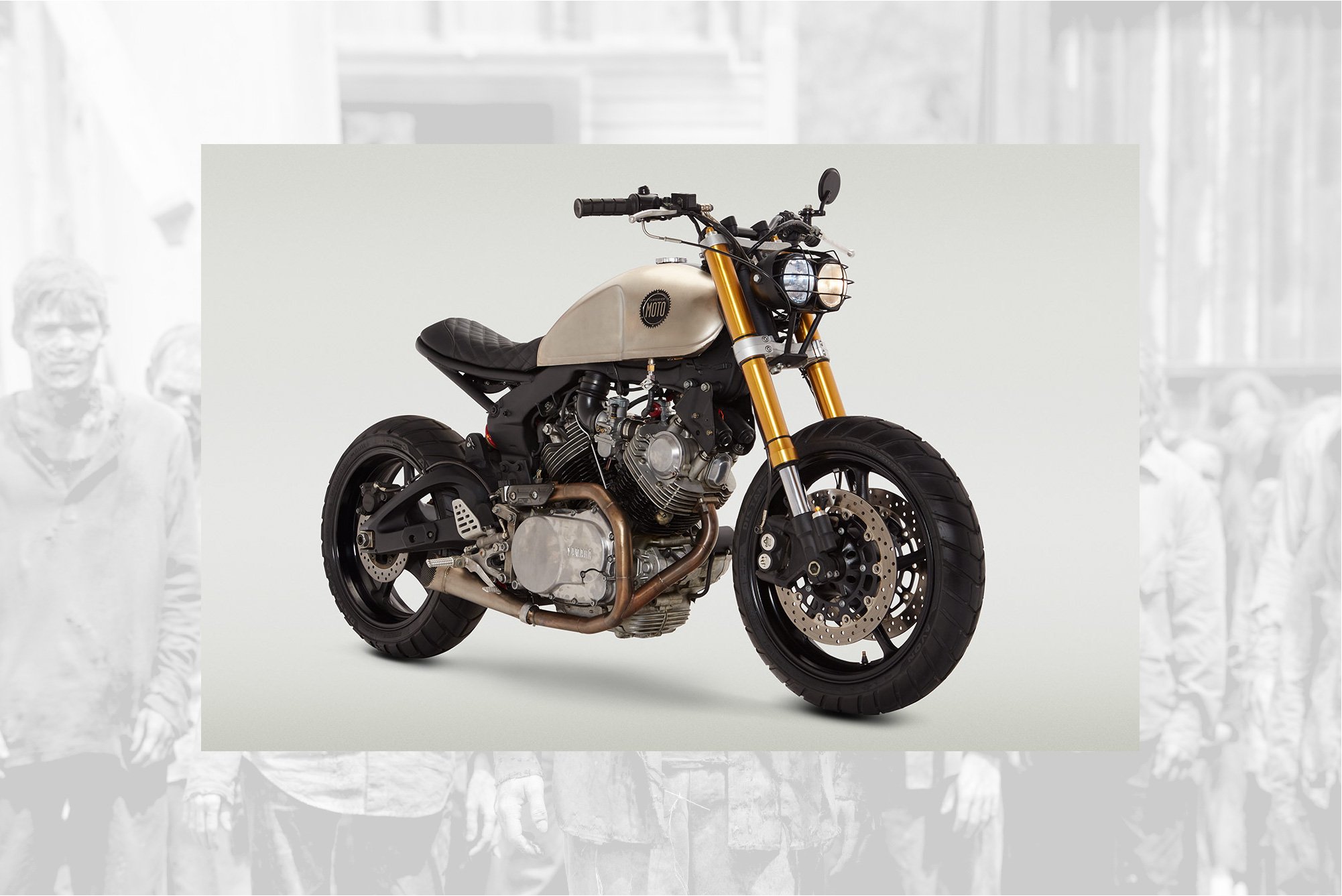