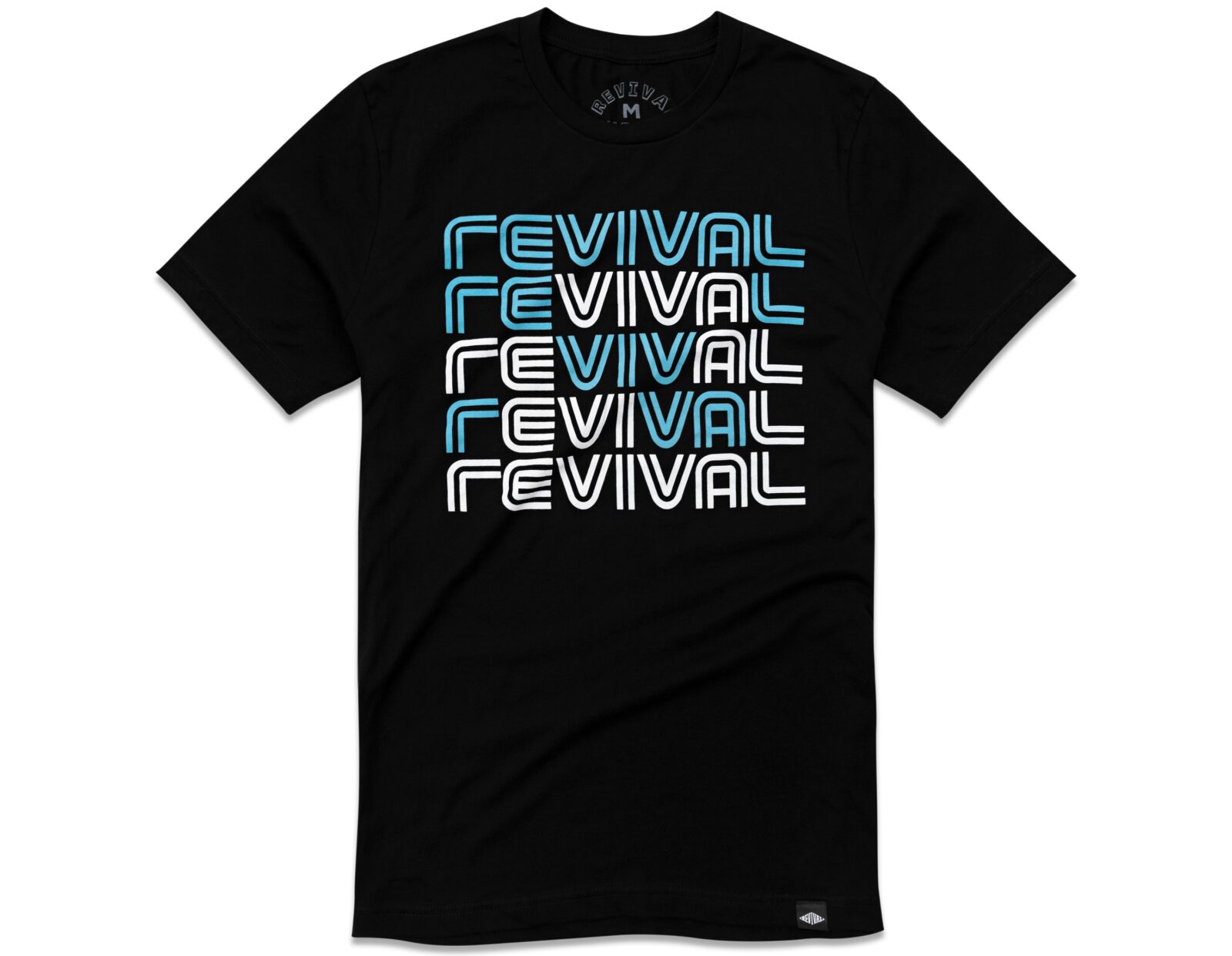 This is the Viva Real Evil t-shirt from the team over at Revival Cycles, it contains a hidden message in the stacked Revival logos and it’s being offered in both black and grey colorways.

Revival Cycles was founded back in 2008, they quickly became a major pillar of the global custom motorcycle community, and in more recent years they started the Handbuilt Motorcycle Show – an event that sees people fly in from around the world to attend.

Based in Austin, Texas, Revival Cycles now has an in-house team making custom leather accessories and apparel, they also have a store that sells motorcycle parts and riding gear.

The Viva Real Evil t-shirt is made using a higher-quality alternative to traditional screen printing known as discharge. Discharge ink is a water-based solution that removes the dye in a shirt and replaces it with a new dye. The end result is a bright, soft, and pliable image that won’t crack, peel or bunch like screen printed garments.

The t-shirt itself is made from airlume combed and ring spun material and sizing ranges from XS all the way up to 3XL. 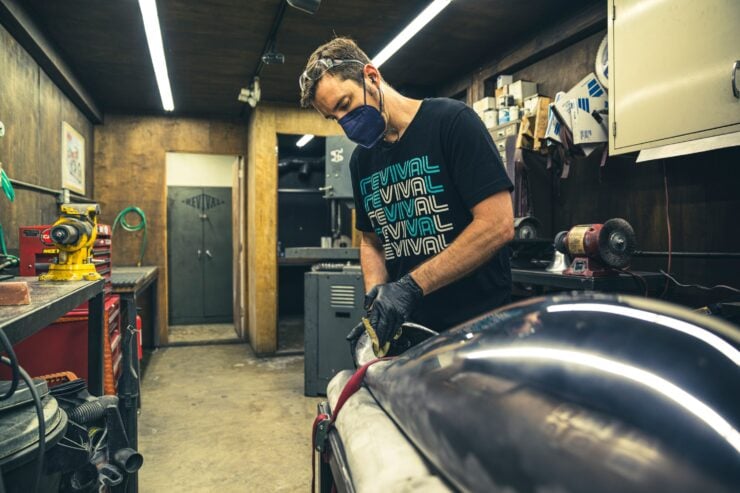 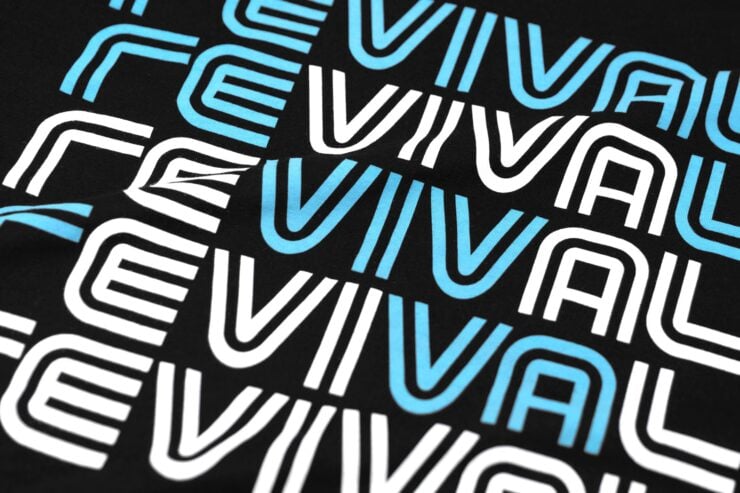 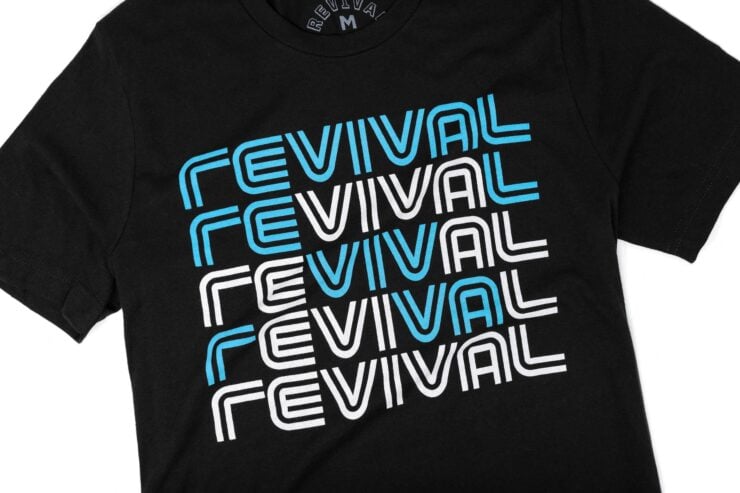