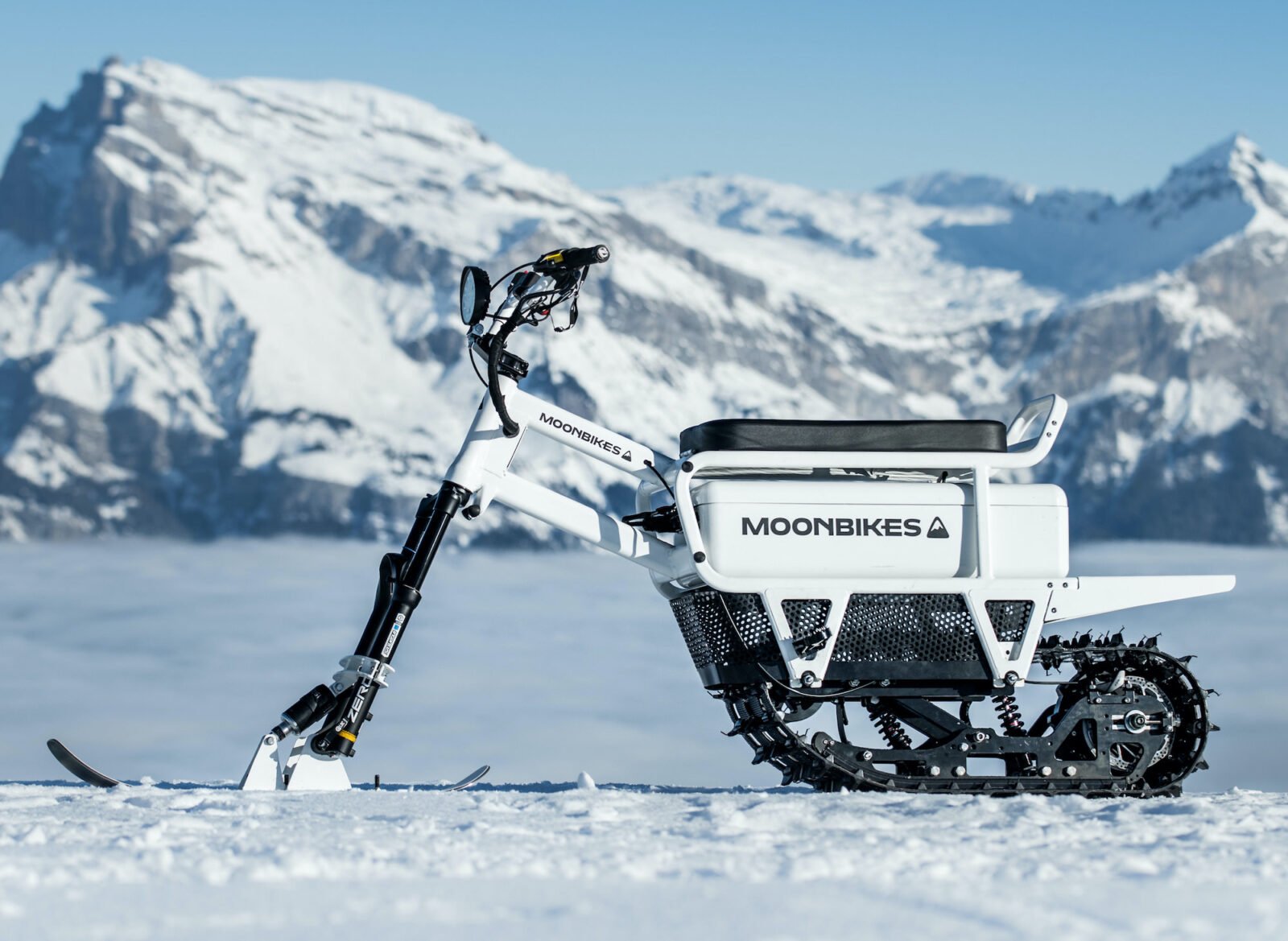 MoonBikes were invented by Nicolas Muron, a former aeronautical engineer at Dassault Aviation, who was struck one winter by the fact that human mobility was still severely impacted by heavy snowfalls.

Snow mobiles and other specialist vehicles could still be used of course, but most people don’t own them and end up either staying in or resorting to snowshoes or skis.

Nicolas worked in this problem for years, applying state-of-the-art engineering knowhow and creating what is essentially a hybrid between a snowmobile and an electric bike.

✱  MoonBikes were invented by French aeronautical engineer Nicolas Muron as a simple and easy way to get around once the snow starts falling.

✱  Both single and dual battery versions are available, with the latter option offering riders 3 hours of range.

Electric bikes, or ebikes as they’re often called have taken the world by storm. It was only a matter of time before someone invented an electric bike with tracks that could be used on snow – enter the MoonBike.

Above Image: This introduction video by MoonBikes shows them being ridden on the snow, giving you a better feel for what they’re like than still images.

The MoonBike is what happens when an aeronautical engineer takes the bus parts of an electric bike and the best parts of a snowmobile and creates a new form or transport for those who frequently find themselves snowed in during the winter – or those who want to explore the mountains without the noise of a snowmobile engine.

Each MoonBike has a welded steel frame that accommodates a tracked rear end and a front ski mounted to telescopic forks. Under the seat there’s a removable battery box that can be ordered with either a 2.5 kWh lithium-ion battery or a 3.2 kWh unit for extended range.

The 3 kW electric motor is mounted in the rear hub, it powered the tracks and makes good use of the 170 Nm of torque (125 lb ft) to traverse snow up to 12 inches deep. The MoonBike can climb grades up to 30º on groomed ski slopes, and they can operate in temperatures down to -25ºC / -13ºF.

If you’re wondering why you haven’t already seen MoonBikes out on the slopes it’s because they’re brand new – orders for the first 250 units are being taken now with delivery expected in time for winter 2021/2022 (northern hemisphere). 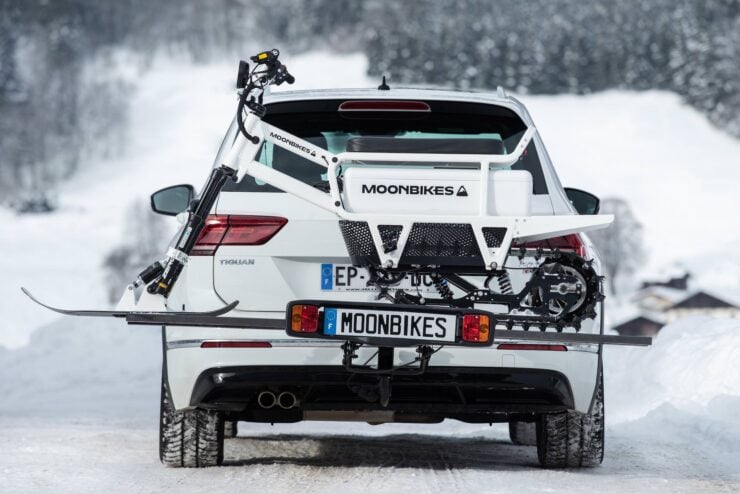 Above Image: The MoonBike can be carried on a standard trailer hitch motorcycle carrier for easy transport.

The current MSRP for a MoonBike is $7,980 USD, you can also opt for the additional power pack with gives you a second 1.2 kWh battery and its charger.

A fast charger can also be ordered for $360 USD, this allows you to charge one battery in 2.5 hours rather than the standard 4.5 hours with the regular charger.

Refundable deposits of $250 USD are being taken now and the first 250 MoonBikes sold will be known as the “Pioneer Edition” with design elements that won’t be used on later bikes. 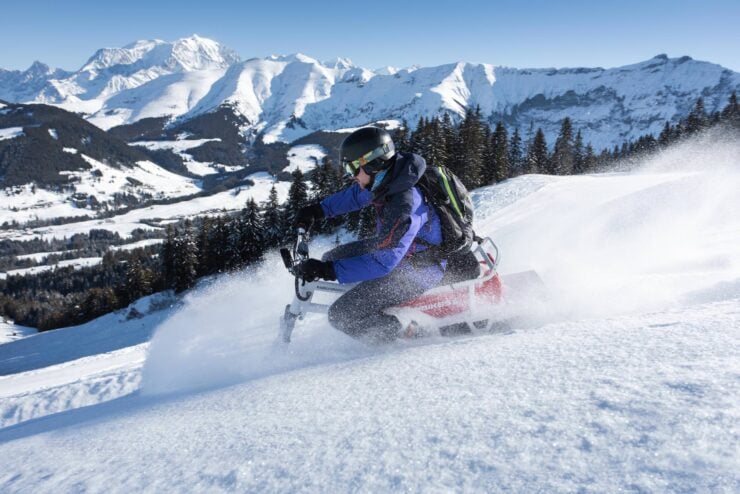 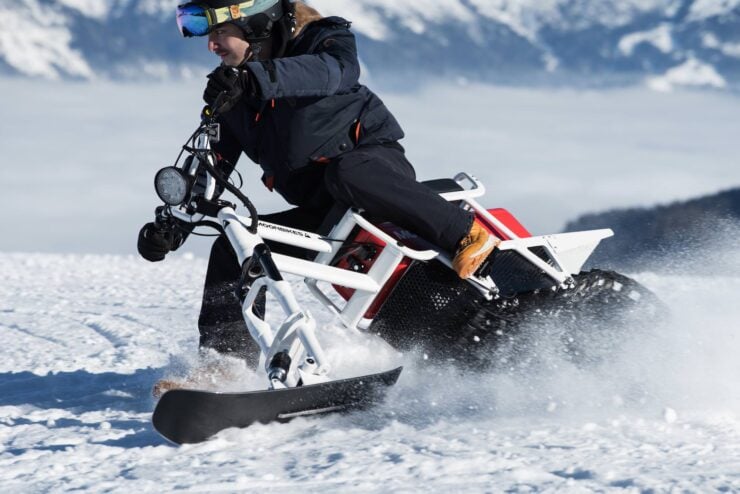 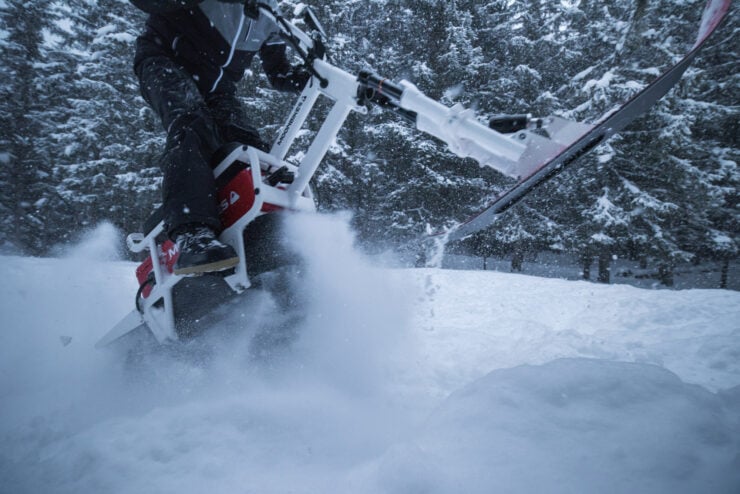 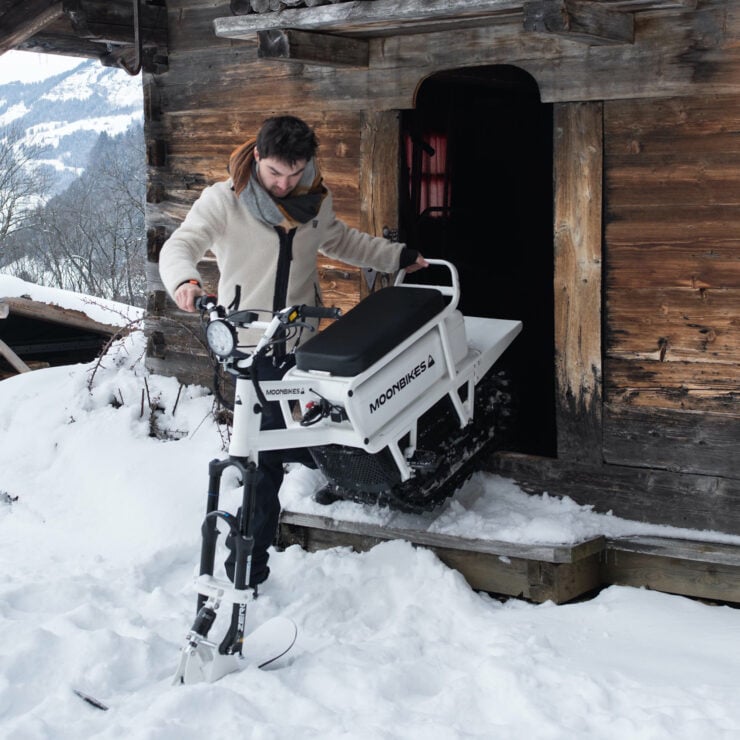 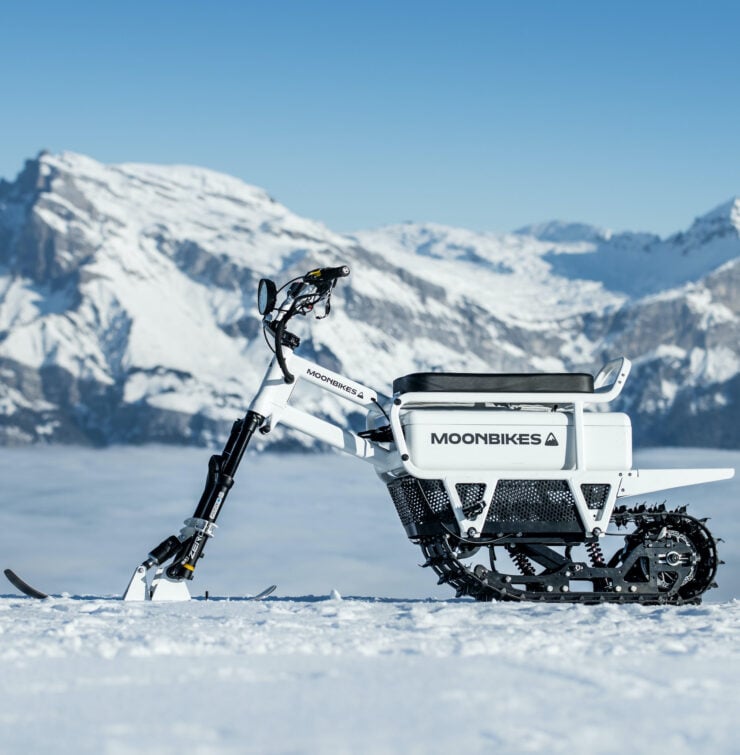