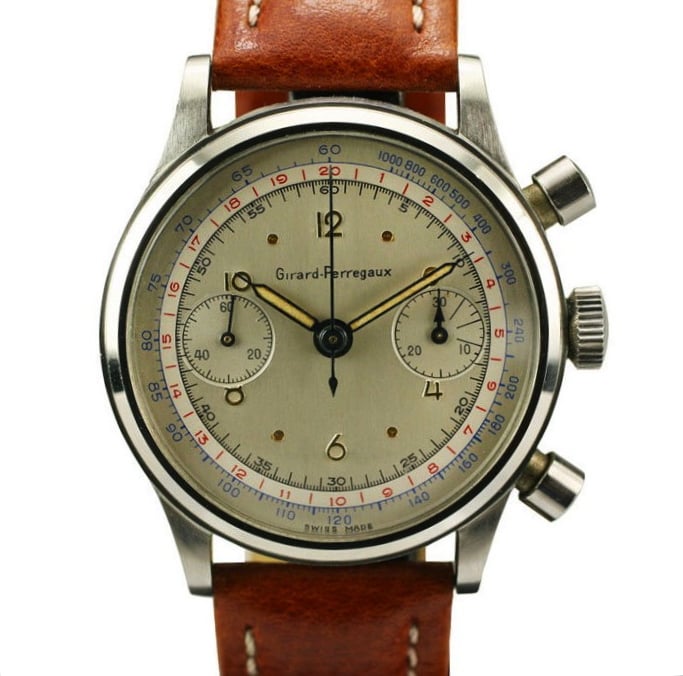 This captivating vintage Girard-Perregaux chronograph just became available on 1stDibs, other than the fact that it’s a vintage 1950’s design there isn’t much more information available on it.

Suffice to say we all love and want it, however the little line of text that says “Price: Contact Dealer” usually means it costs more than my motorcycle/house/retinas. Sigh.

Blundstone has been one of Australia’s most famous boot makers for over 150 years and counting. Headquartered on the island of Tasmania the company supplied hundreds of thousands of boots to Australian soldiers through both…

This is the new Peak Vest from the team at Fuel Motorcycles, it’s a hydration vest designed for motorcyclists with a design inspired by WW2 pilot life jackets. Hydration packs are commonly used by riders…