The wFoil 18 Albatross Hydrofoil is one of those ideas that seems to come out of nowhere and then make you wonder why the hell no one did it already.

The Albatross can powered by either a detachable aircraft/motorcycle engine or by sail, the former offering speeds across flat water of up to 90mph. The company behind the design is currently seeking 12 investors who will each receive their own wFoil 18 Albatross, after this initial run of 12 units the company plans to develop an international network of dealers, with a view to having their own classic racing series.

The craft are staggeringly fuel efficient with initial testing showing that 7-10 litres of fuel per hour can keep the wFoil moving consistently at 40 knots. Anyone who’s ever had to pay for motorboat fuel just felt their mouth fall open. 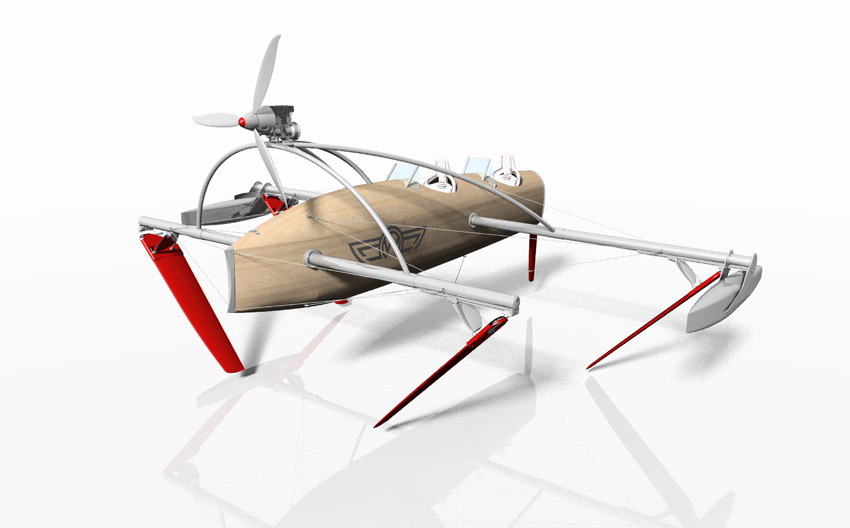 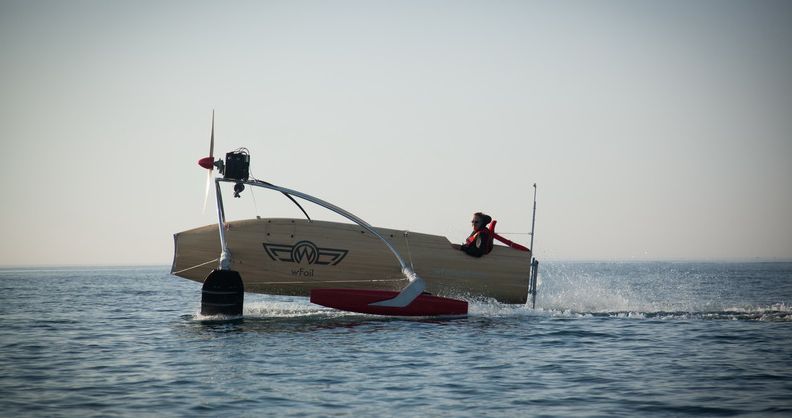