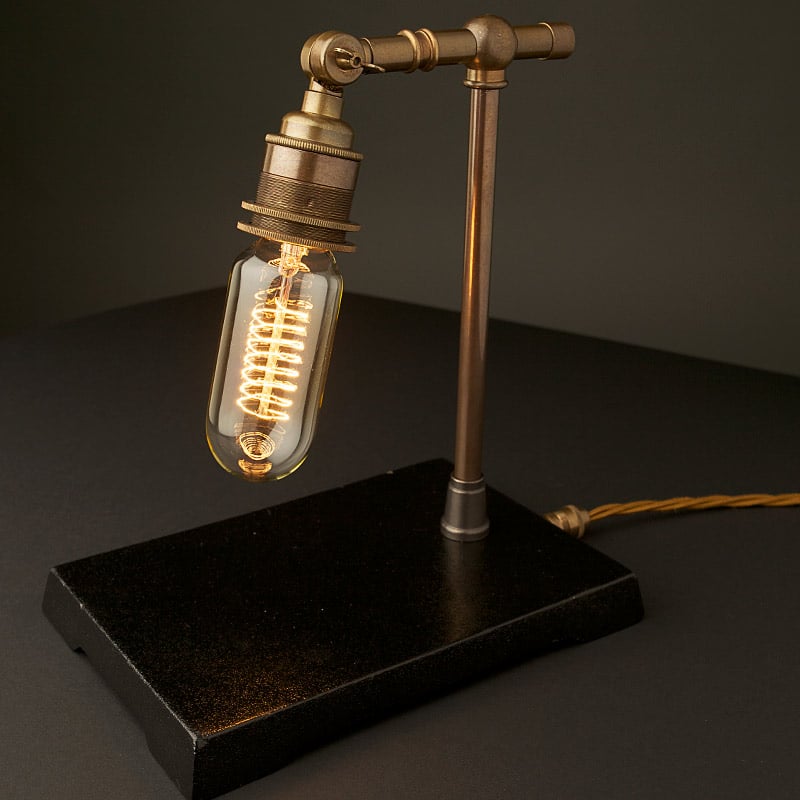 Edison light globes, with their glowing filaments, have always fascinated me. Modern, energy efficient lighting with LED or fluorescent bulbs are useful for the garage or bathroom but when it comes to a desktop lamp, I think we need something a little cooler and a little more aesthetically pleasing.

This lamp by Edison Light Globes has a solid steel base with brass fixtures, it can be optionally fitted with an inline dimmer switch which allows you to reduce current to the bulb till it’s just producing a dull yellow glow. Which is perfect for whiskey drinking.