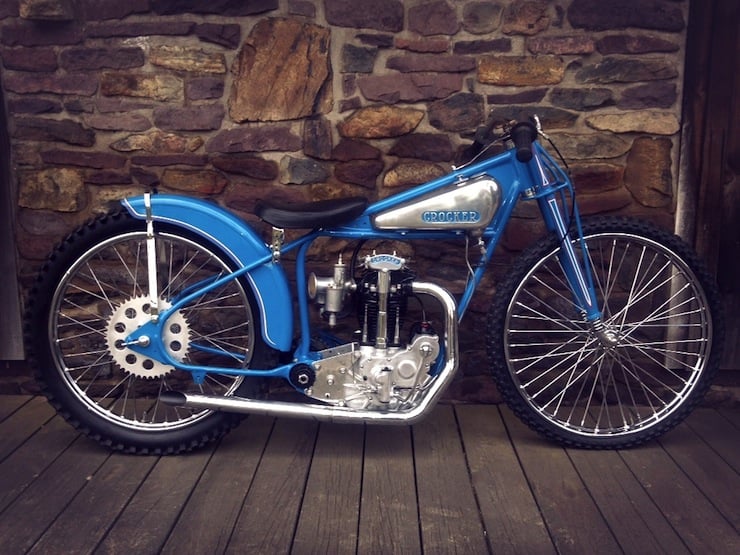 This is one of those bikes that instantly sets off a huge amount of want in almost all who see it, it’s an original 1934 Crocker Speedway Racer and it’s one of only 40 that were ever made.

The Crocker Motorcycle Company was an American motorcycle manufacturer founded in 1932 by Al Crocker. Initially they specialised in producing highly capable, single-cylinder speedway motorcycles before going on to make V-twin road motorcycles from 1936. It’s believed that there were less than 200 Crocker motorcycles produced during the lifetime of the company, production was ceased in 1942 due to WWII – the war left Crocker making aircraft parts for The Douglas Aircraft Company.

This Speedway Racer saw hundreds of race starts and was competing from 1934 right through until the mid-60s, it was restored at some point in the past 50 years but information on this is scarce – all we know is that it hasn’t been started in 50 years. Which sounds like a challenge to me.

Crocker motorcycles like this tend to sell for huge sums of money, surprisingly it’s possible to buy spare parts from the “new” Crocker Motorcycle Company that sells motorcycle kits as well as spare parts for the original models. If you’d like to bid on this little piece of speedway history you’ll need to make your way to the 2nd Annual New York Antique Motorcycle Auction held by Mid-America Auctions on the 18th of May 2013 in Newburgh, New York. 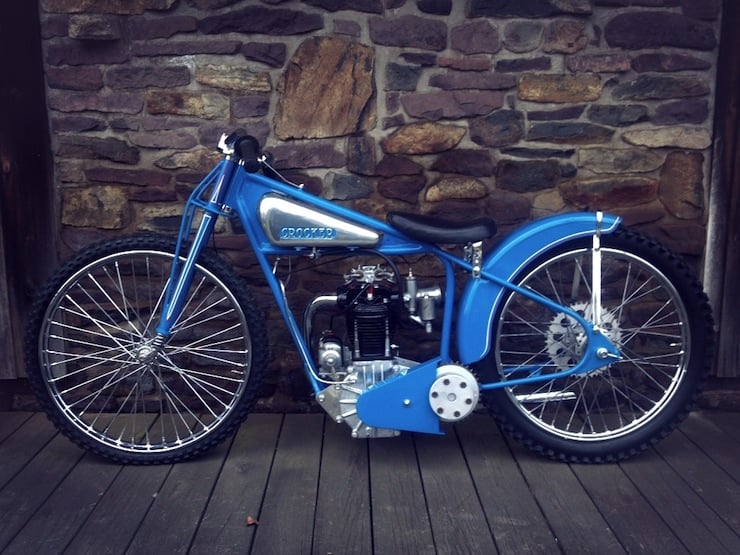 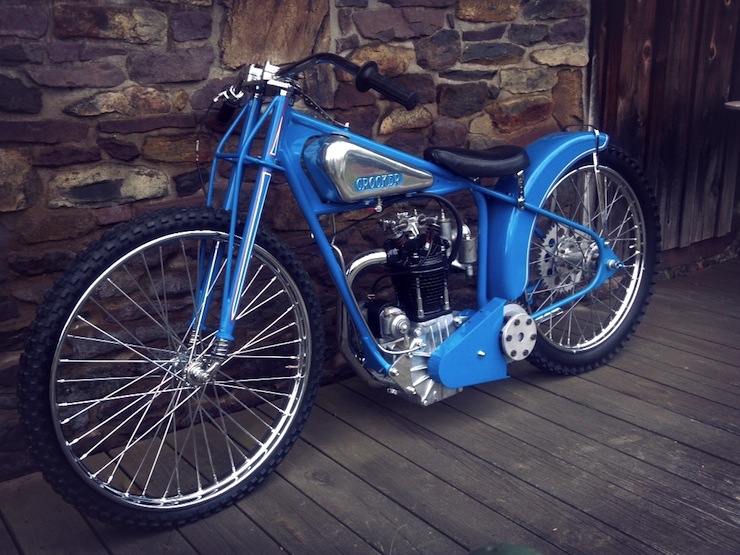 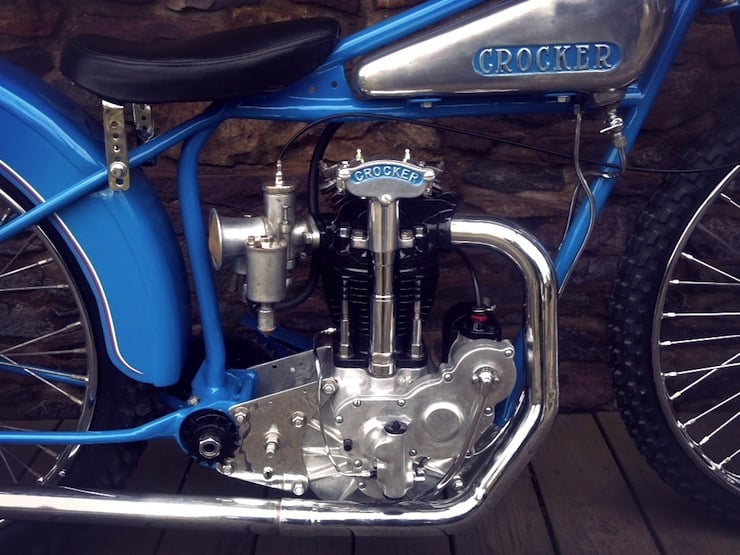 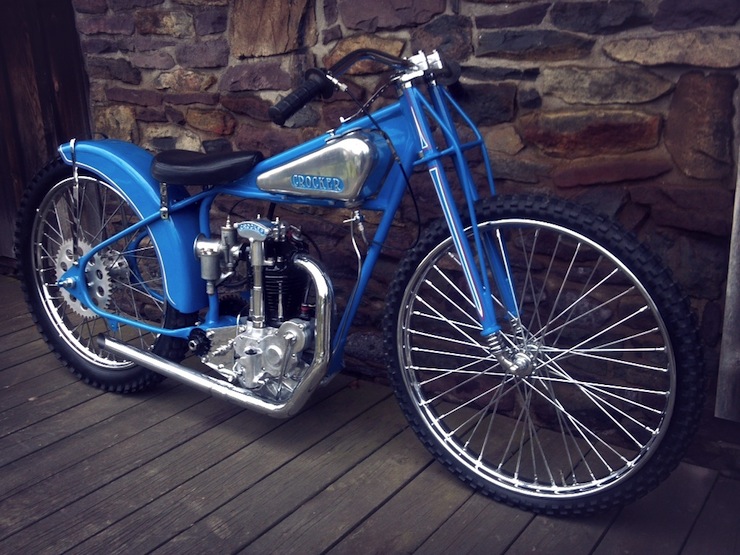 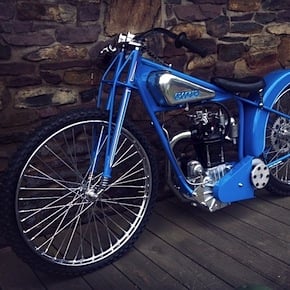