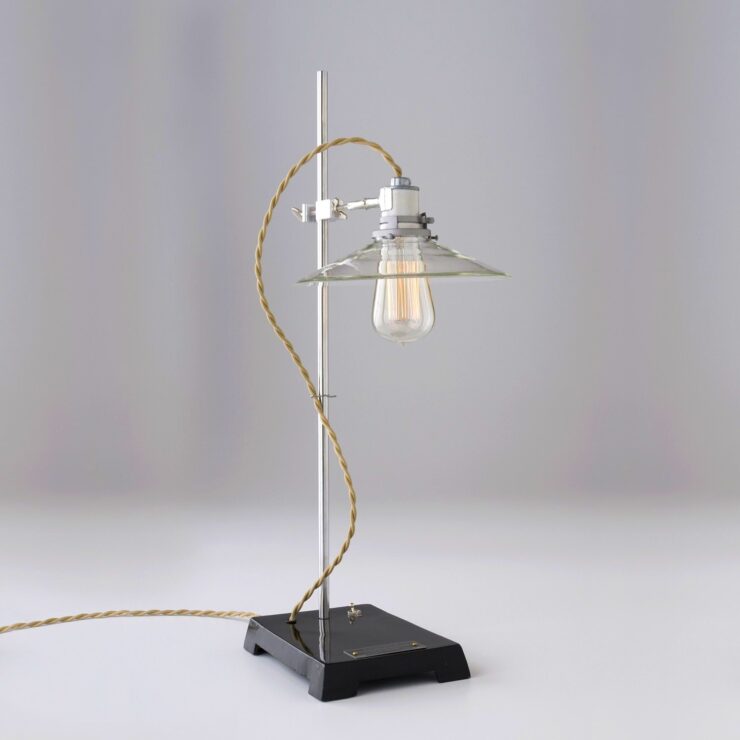 The Schoolhouse Electric Supply Co. is one of those stores I always come back to, their products have a fascinating, post-steampunk feel to them that you just won’t find anywhere else.

This is their Task Lab Light, it uses an Edison Bulb and a repurposed laboratory stand to create a desk light that you can imagine would have illuminated the furrowed brows of Einstein, Tesla or H.G. Wells.