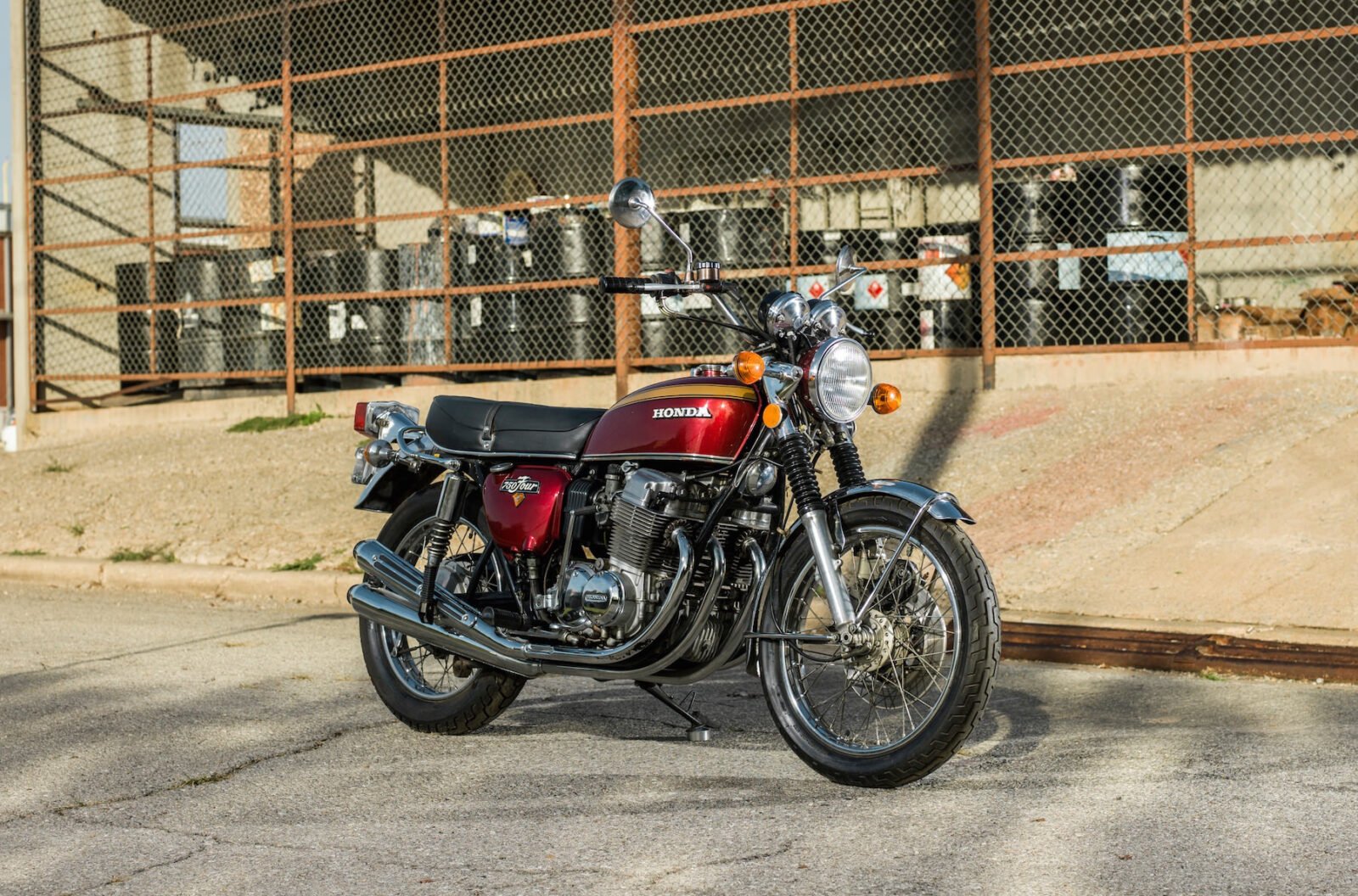 Honda began developing the model in the late 1960s at the behest of their American motorcycle dealers, who wanted a larger engined motorcycle to take on the then dominant bikes from Europe. The engineers at Honda set about rolling as much modern technology as they could into the bike, it would be an exceedingly reliable engine with a SOHC and an electric starter.

The bean-counters at Honda were apprehensive about the potential for the new model, so they instructed that tooling be kept to a minimum. The first production run of CB750s had sandcast engines and a number of parts that were individually made, these early examples are now worth a small fortune and to buy a good one you’d need to put aside close to $50,000 USD.

Of course, the popularity of the new Honda would break records and be blamed in no small part for the downfall of the British motorcycle industry in the 1970s. The other large Japanese motorcycle manufacturers all produced their own copies of the CB750, and the inline-4 engine configuration would go onto to become the de facto layout for superbikes for the next decade.

The pristine CB750 you see here is being offered by Pros 4 Vets to raise money for returning veterans, just 2000 raffle tickets will be sold at $10 a pop, and they’re happy to crate the bike up and send it anywhere in the world (with shipping at the winners expense, of course). I’ve just bought myself a ticket, $10 really isn’t too much to ask and winning a motorcycle is a great way to add one to the collection without causing too much animosity from the old ball and chain. 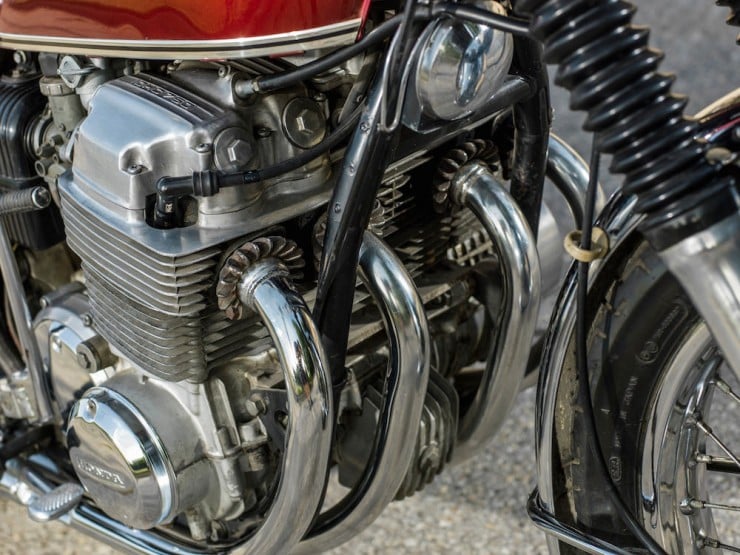 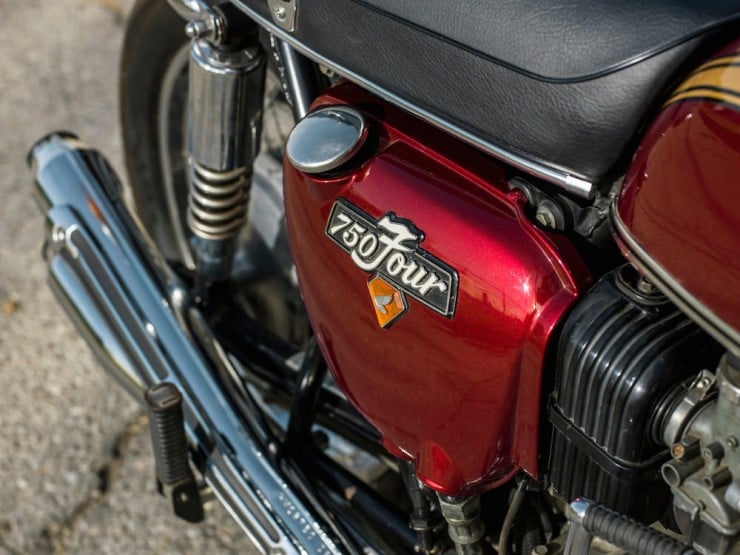 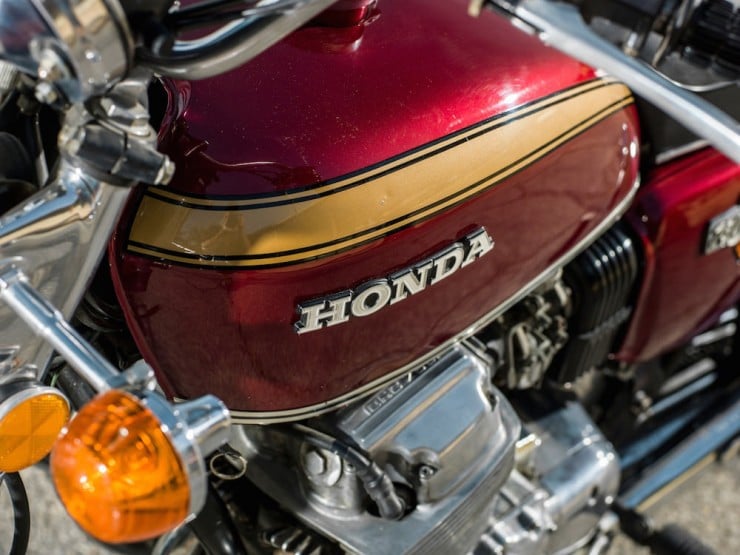 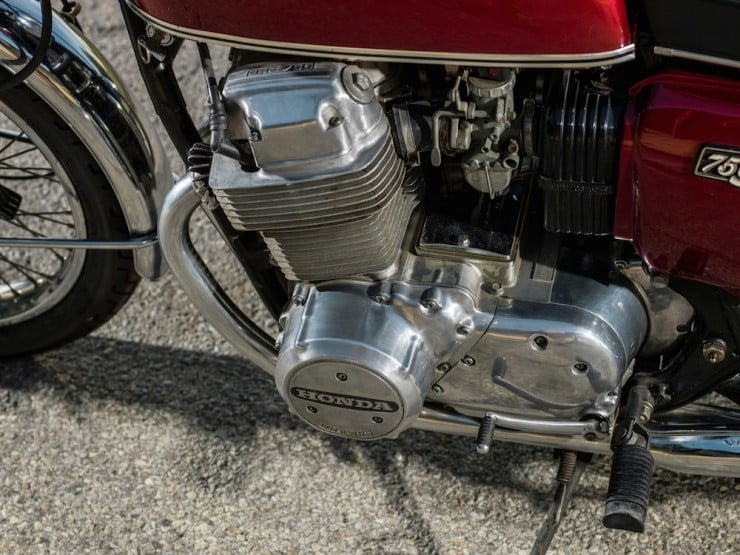 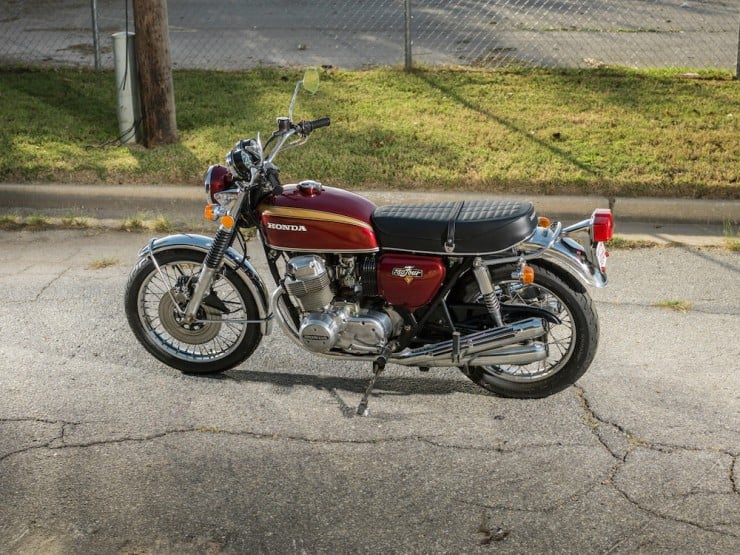 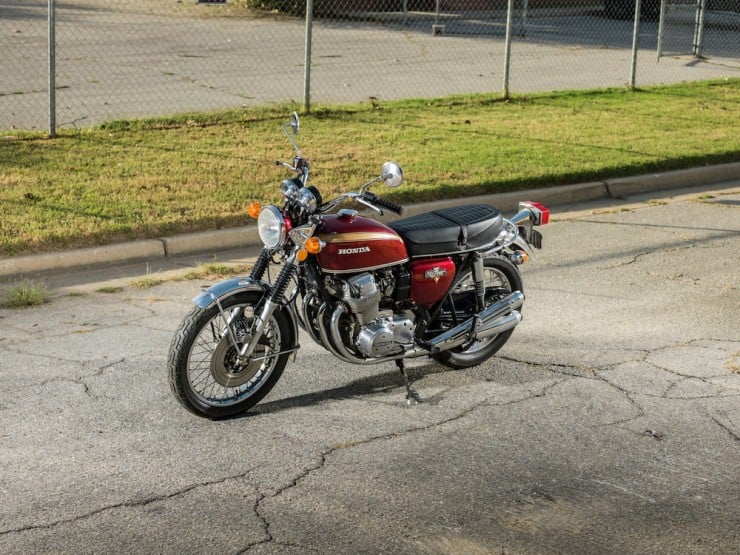 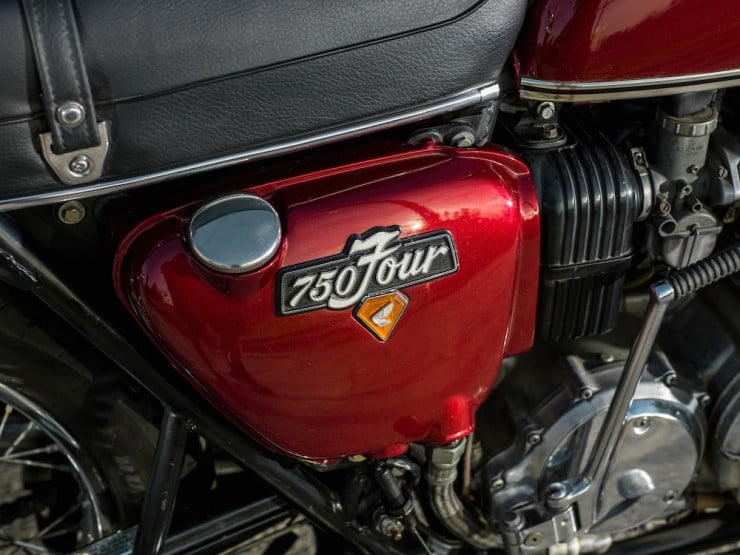 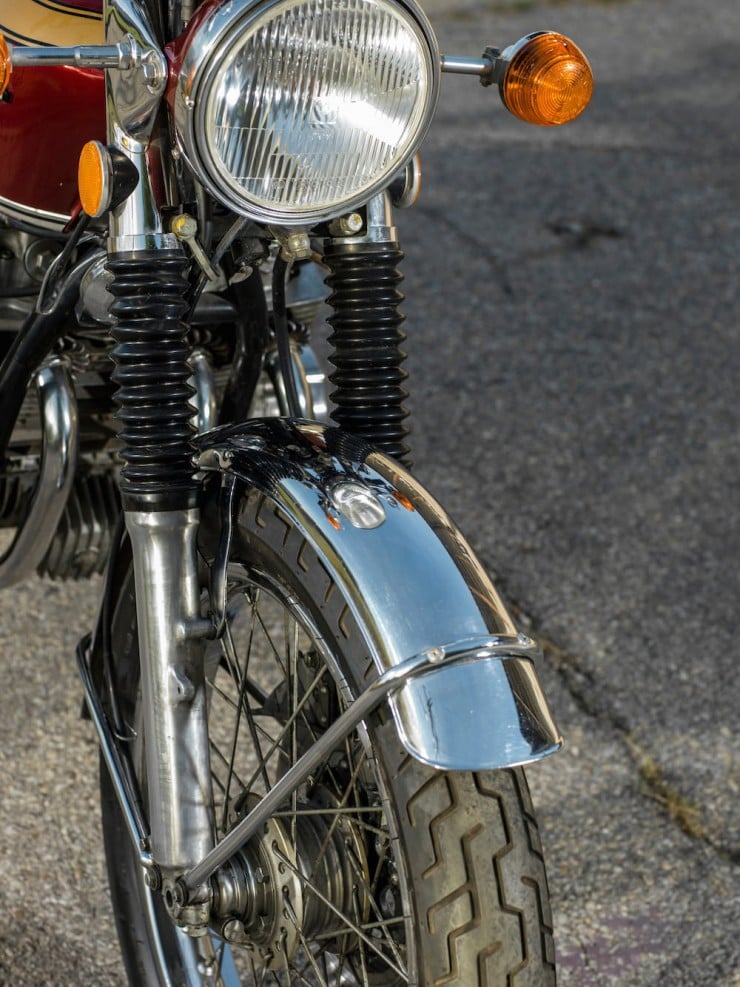 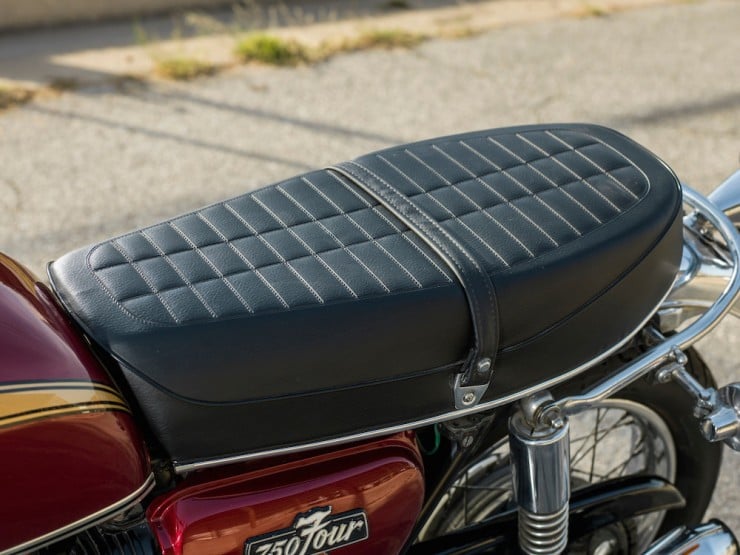 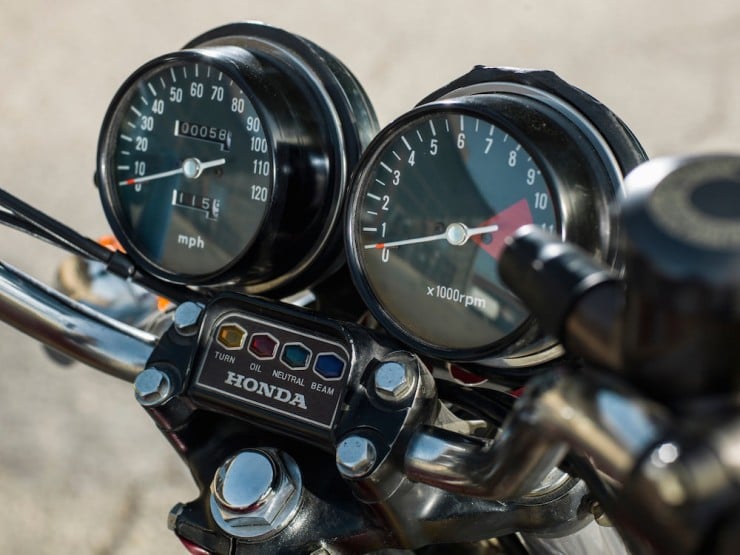 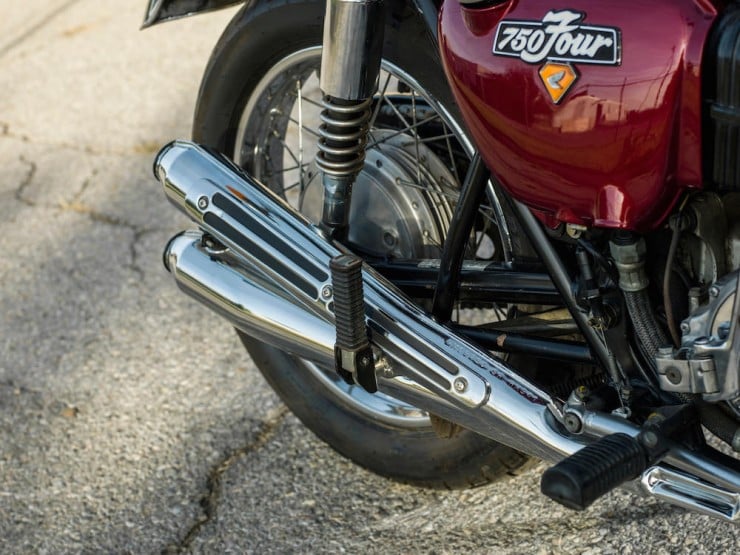 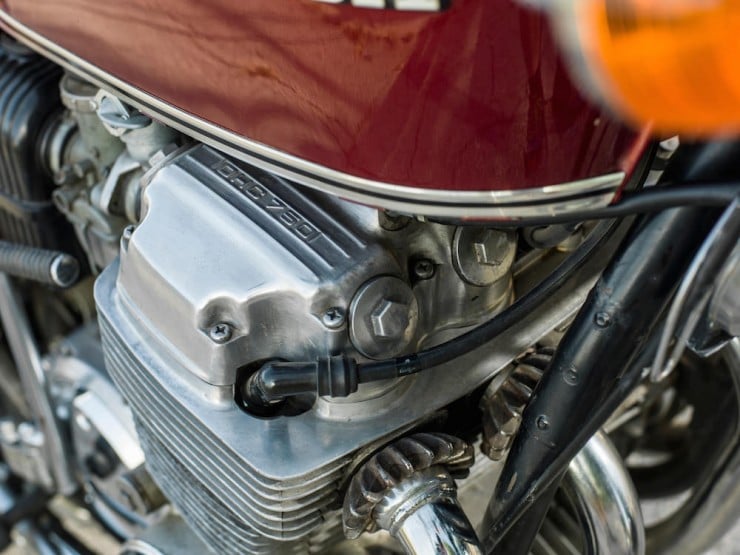 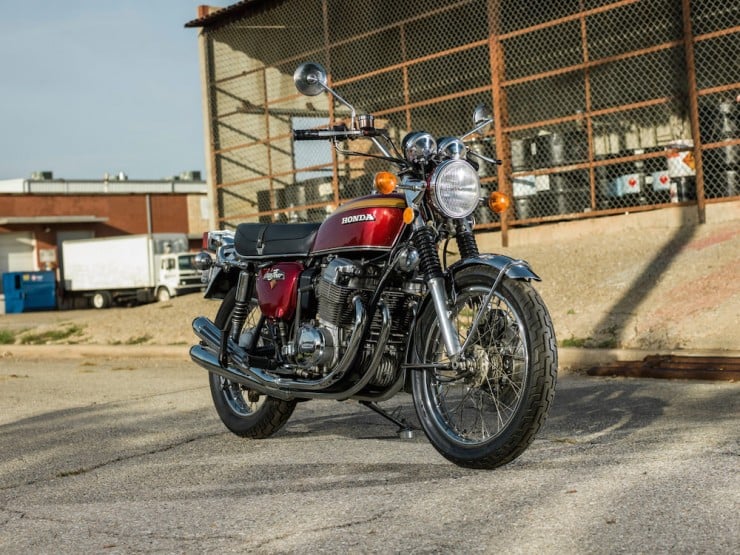 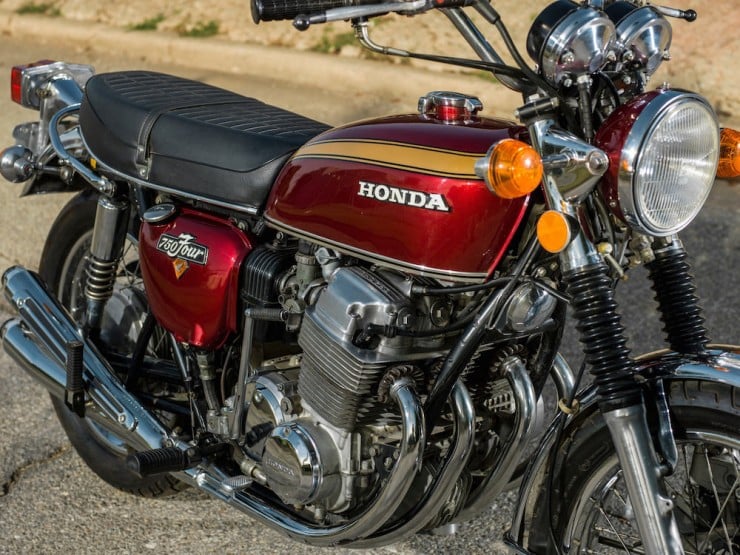 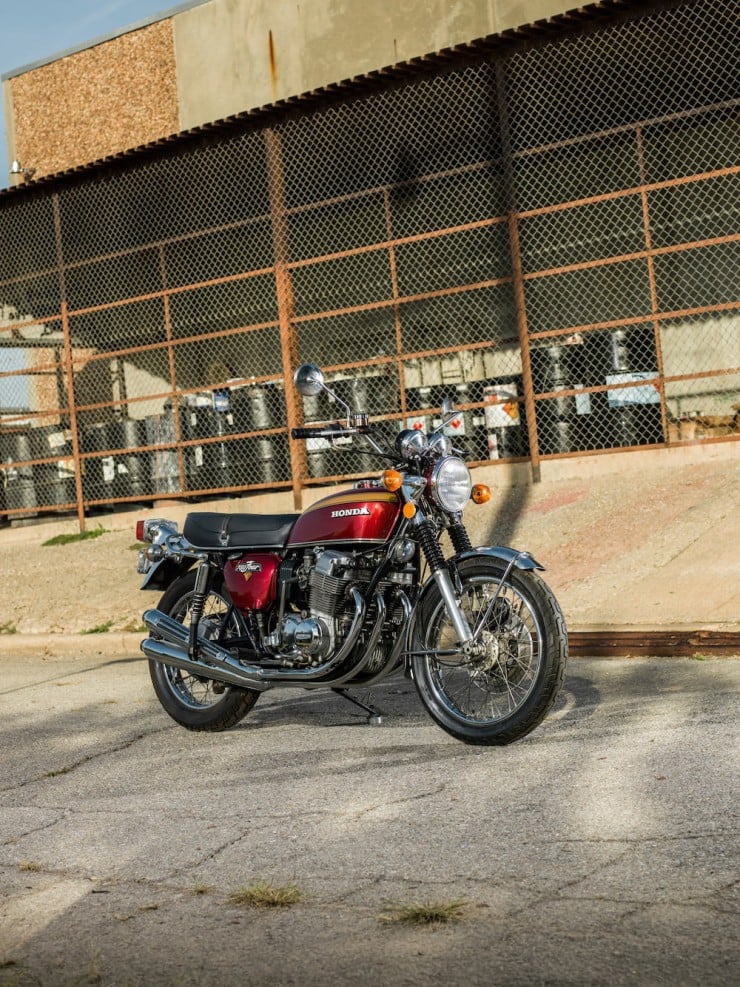 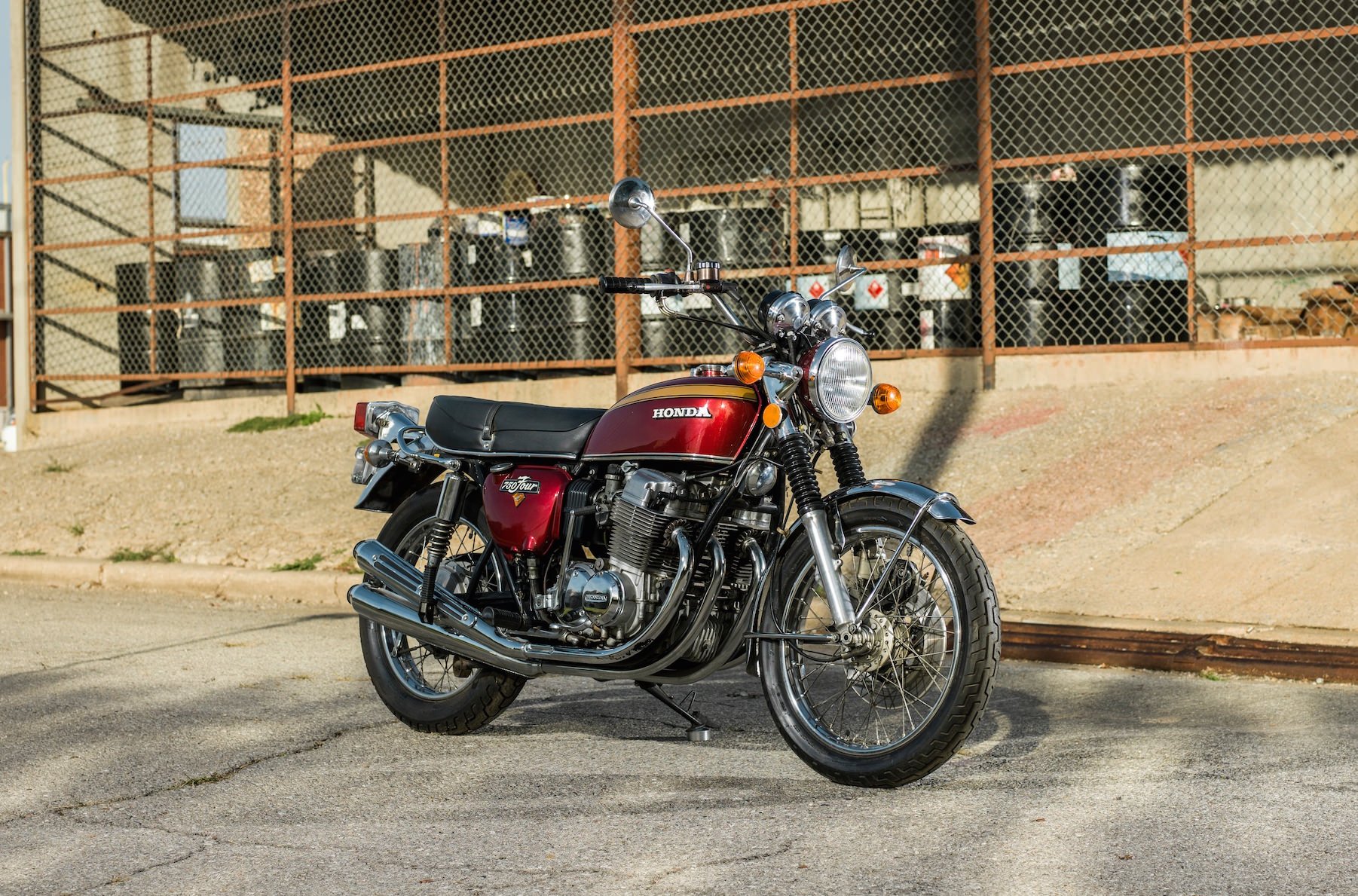