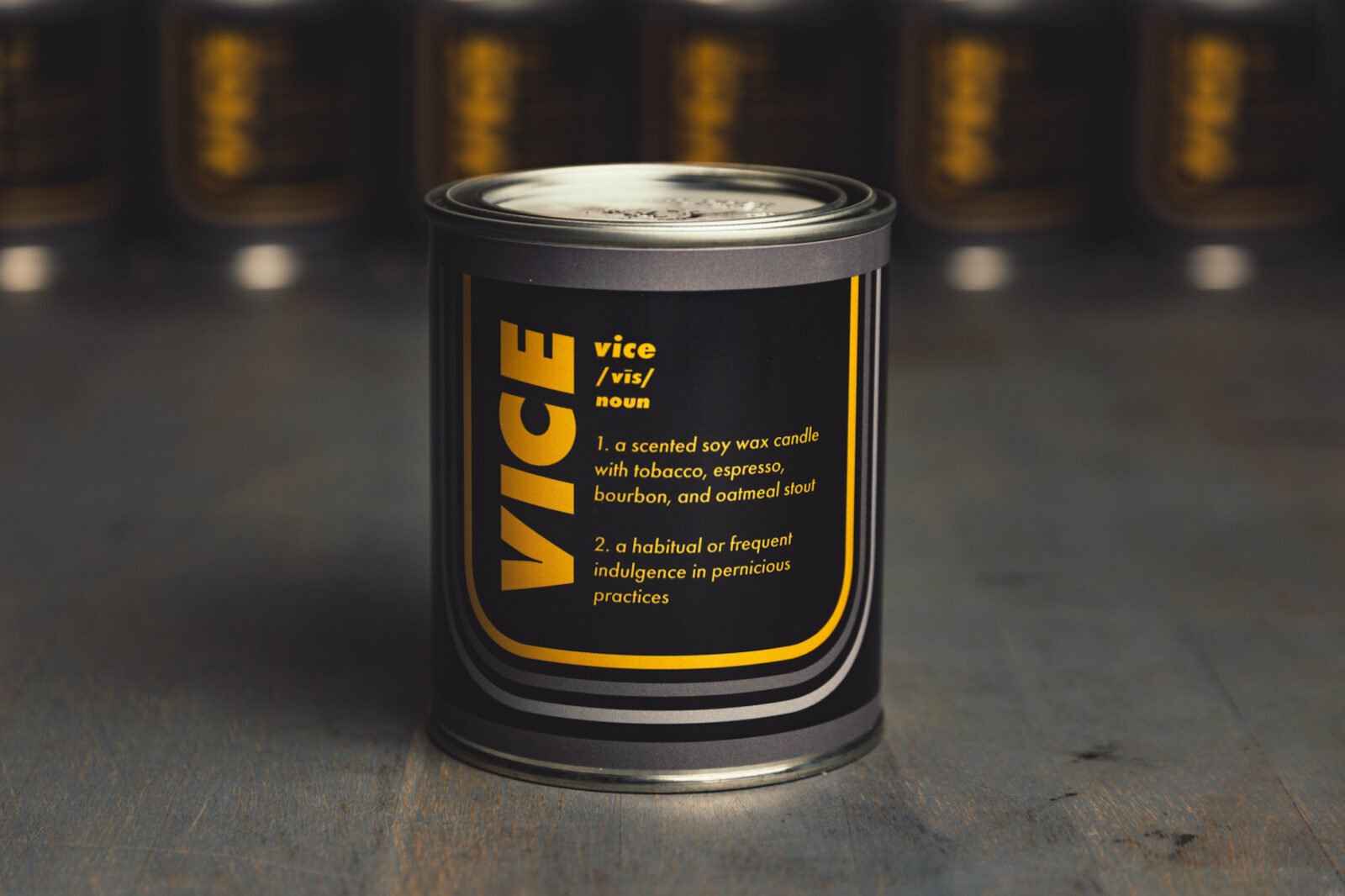 The team at Flying Tiger Motorcycles have a long history of developing scented candles that people with gasoline in their veins might actually want to buy.

We’ve previously featured the team’s Two Stroke Smoke scented candle, and the Motoman Oil and Leather candle from Flying Tiger. Both of them were hugely popular with our readers, many of whom had never previously bought a candle in their life – scented or otherwise.

The new Vice candle was developed in-house by FTM with the scents of tobacco, bourbon, espresso, and oatmeal stout. It measures in at 4″ × 3.5″ × 3.5″ and it weighs 1.5 lbs. Each candle comes in a traditional metal tin and has been formulated with a pre-determined oil-to-fragrance ratio to ensure a proper burn without filling your home with smoke. 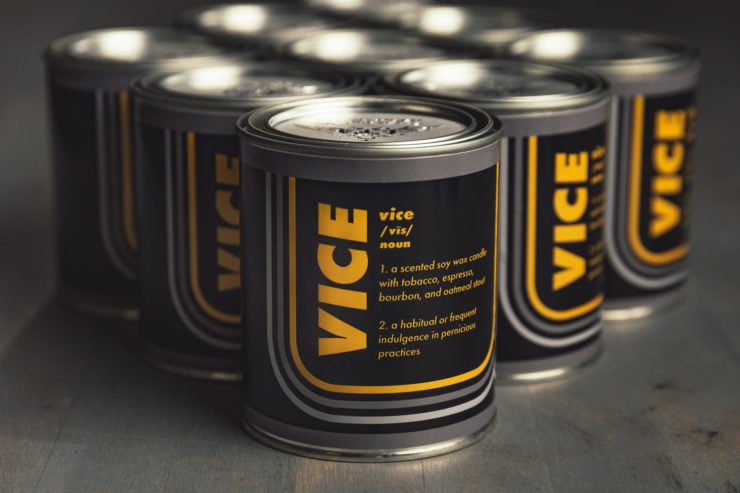 Many who buy Flying Tiger candles keep them in their garages, sheds, man caves, or studies to give the space an appropriate smell, and perhaps to mask the scent of spilled brake fluid, axle grease, or the tears caused by another lost 10mm socket.

Flying Tiger Motorcycles ship worldwide and they note on their website that order processing may take 2 to 3 business days as they’re a small business who handle all their own production, warehousing, and shipping.

These candles make very popular gifts for birthdays, Father’s Day, Christmas, and Mother’s Day too of course if your Mom is so inclined – they sell for $26 USD each. 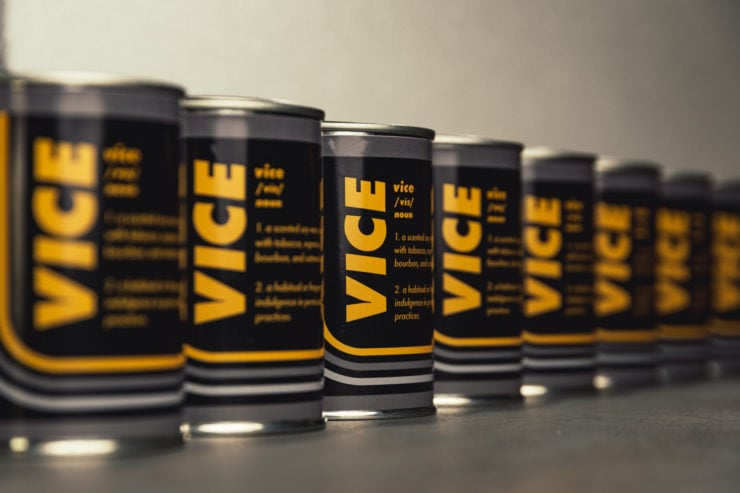 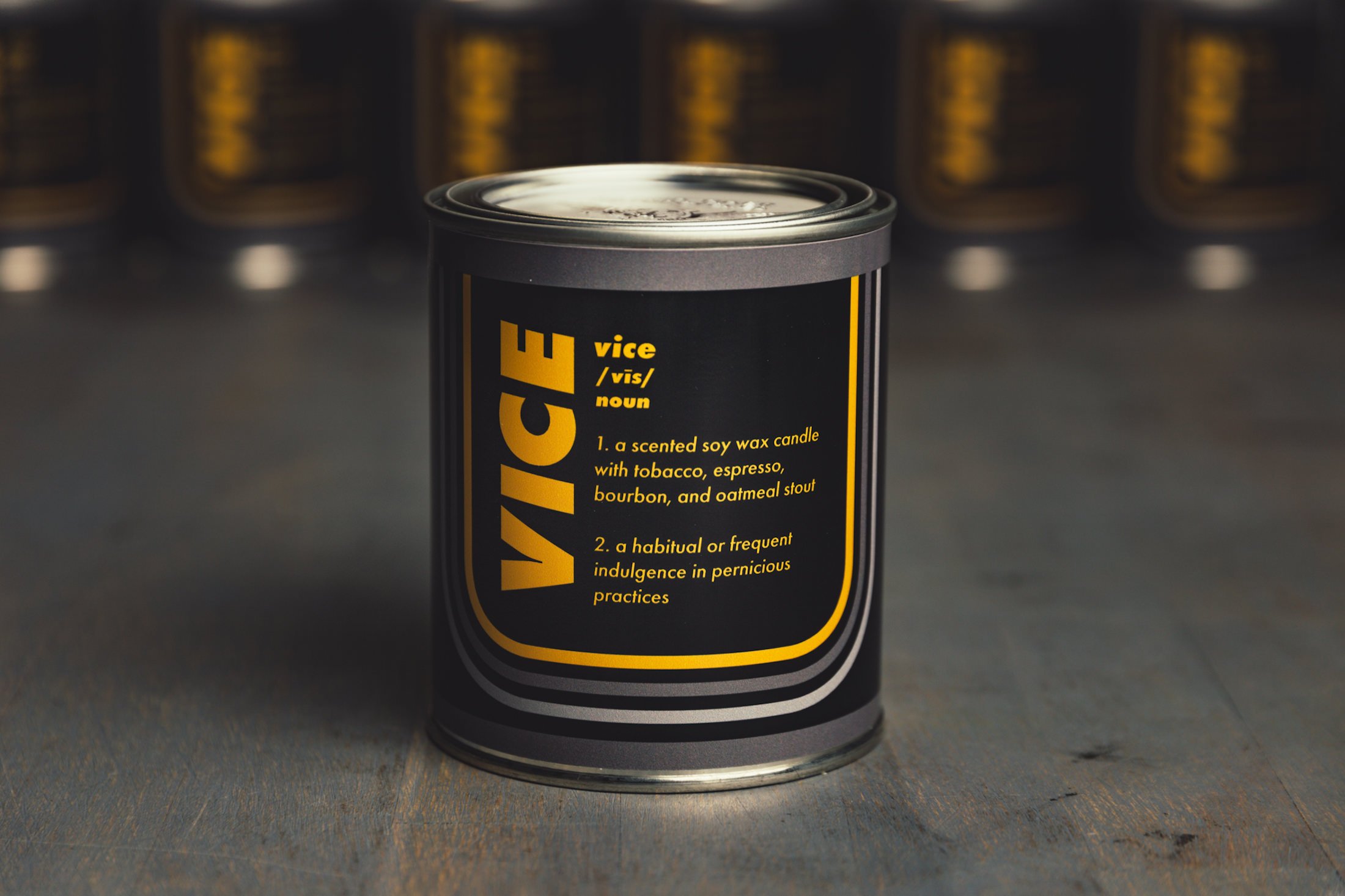