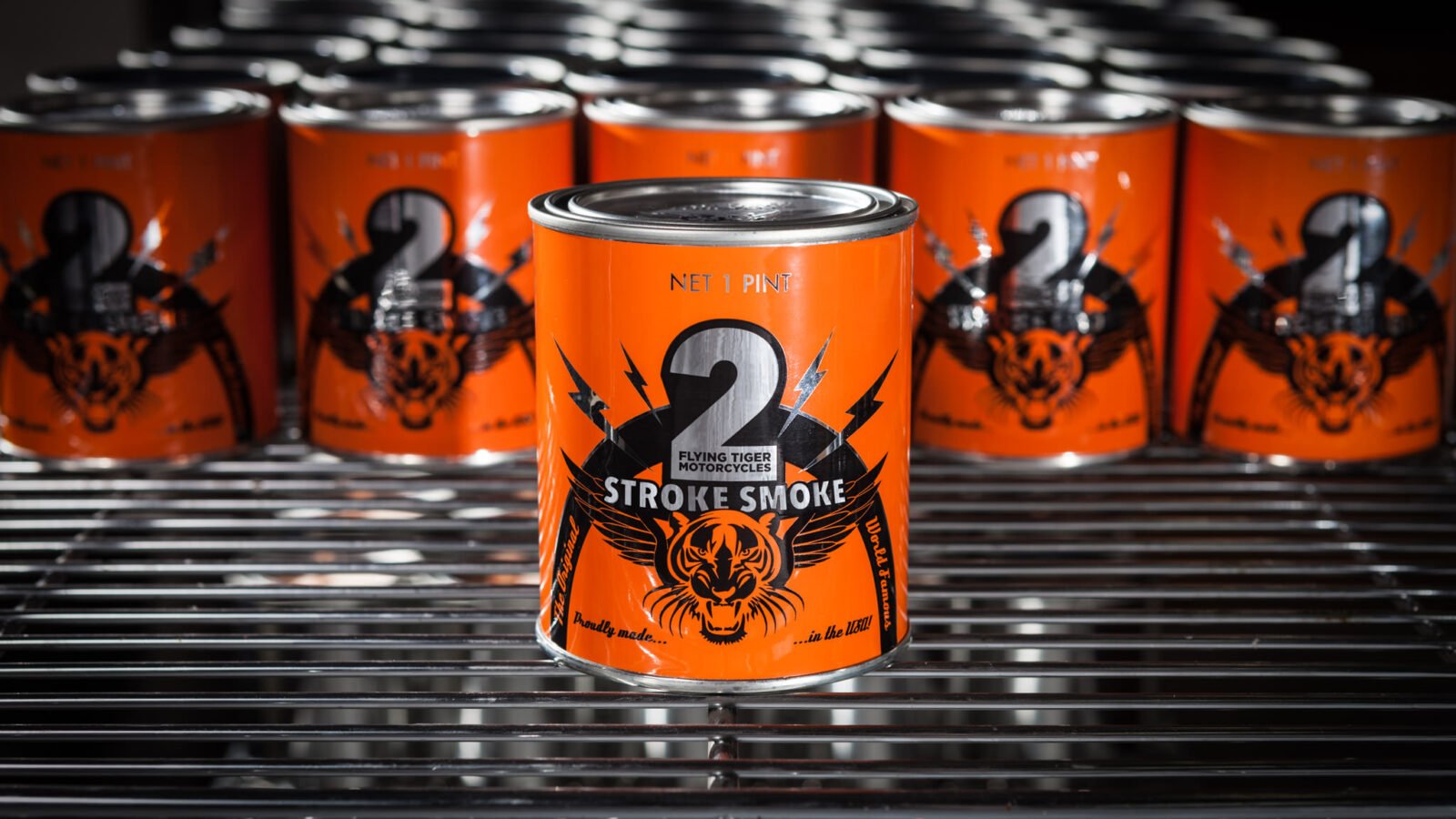 There are few lighthearted gifts more unique than a scented candle that gives off the distinct aroma of 2 stroke engine smoke.

It’s a smell that many of us associate with weekends, holidays, and racing – the faint, blue-tinged smoke often pouring out the back of an outboard motor, a lawn mower, a dirt bike, or a go kart.

Flying Tiger Moto make each tinned candle by hand using a combination of Klotz R-50 race oil and natural fragrances, they’ve mastered the blend to give off a pleasing smell without burning raw 2 stroke fuel/oil in your home.

Each candle comes in a tin with a volume of 1 pint, they’re made in St Louis, and they’re shipped right around the world. With the Christmas season fast approaching, the 2 Stroke Smoke Candle makes and excellent (and entertaining) gift for any fan of ring-a-ding-ding motors. 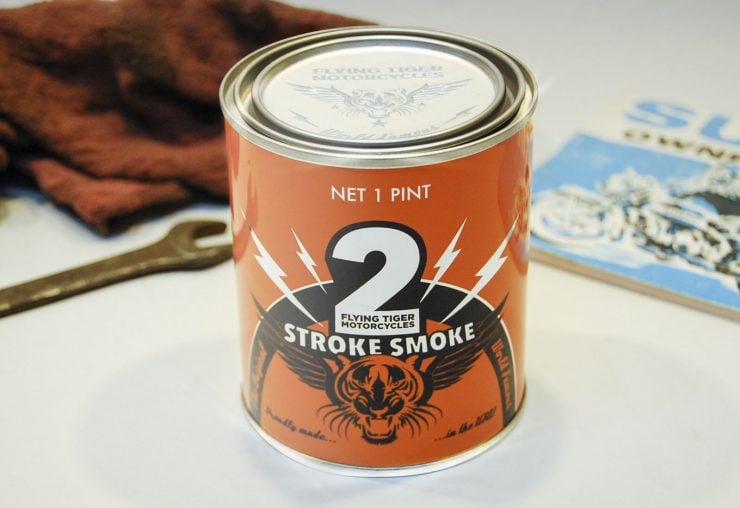