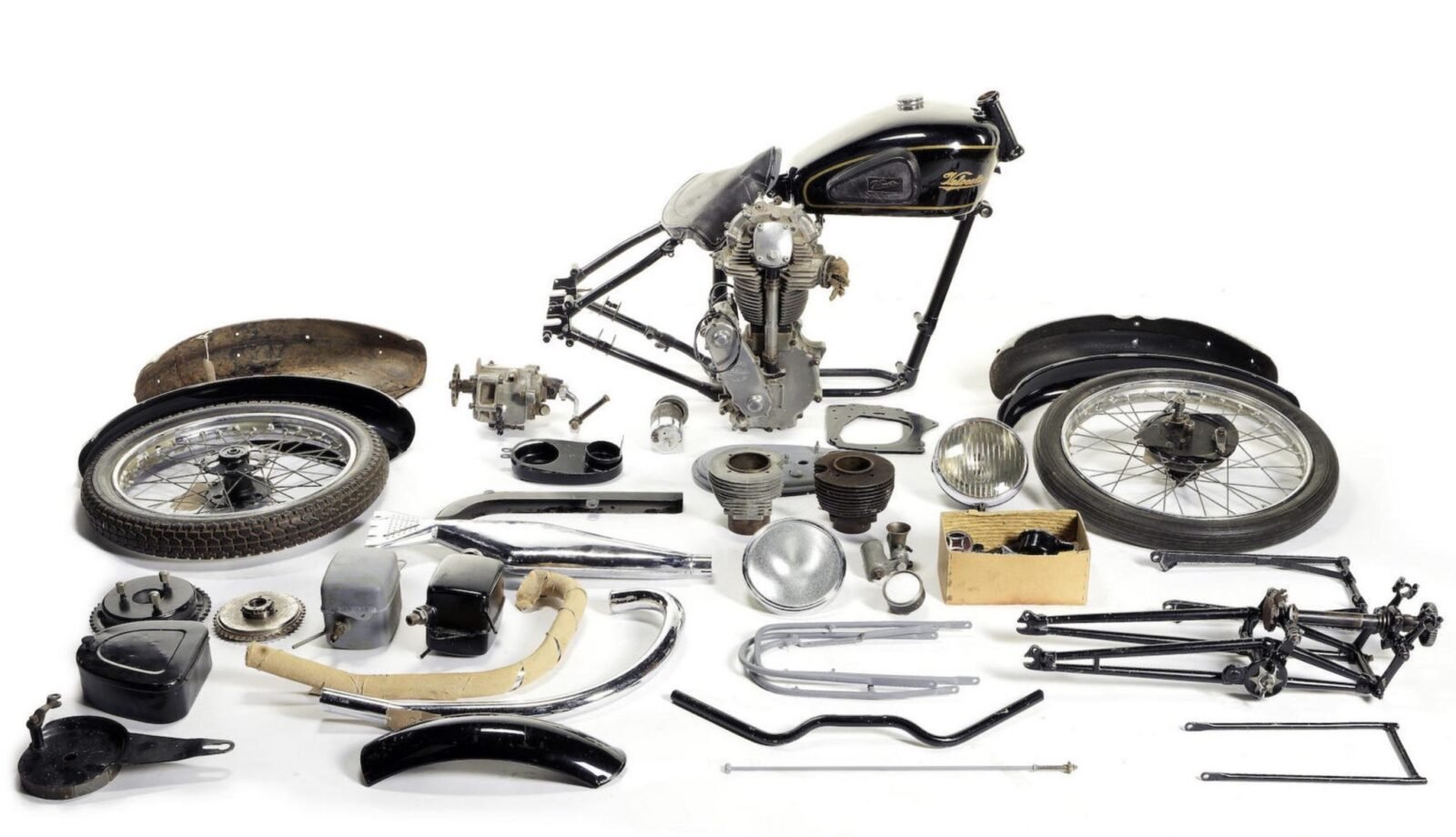 A Very Short History of Velocette

Velocette was a British motorcycle manufacturer founded by the German-born Johannes Gütgemann, who would change his name to John Taylor when he moved to England as a 19 year old, before finally settling on an anglicised version of his birth name – John Goodman.

Initially Goodman founded a company building bicycles in the late 1800s, before the newfangled idea of bolting an internal combustion engine into a frame came along, which he took to with much interest. The first motorbikes were named Veloce, the name Velocette was first used on a 250cc two-stroke with an engine designed by Goodman’s son Percy.

The Velocette was by far their most popular model to date, so much so that they changed the name of the company to capitalise on the high-regard the general public had for the little 250.

The Story of the Velocette KSS

The Velocette KSS was the road-going version of the KTT – KSS stands for Kam and SS stands for Super Sport, the KTT was named for its OHC engine and its Isle of Man Tourist Trophy intentions. The KTT was an important motorcycle design for a number of reasons, it was the first production motorcycle to use a positive-stop foot-actuated gear shifter, and its bevel gear operated overhead camshaft was years ahead of its time.

The Velocette KTT was first introduced in 1925, and by 1926 it already had its first Isle of Man TT win under its belt thanks to rider Alec Bennett, Gus Kuhn and Fred Povey also finished in the top 10 on their own KTTs, which gave Velocette the factory team prize.

The more street-oriented KSS was still a very quick machine for the era, capable of 80 mph thanks to the 25 bhp proceed by its SOHC, single cylinder 348cc engine. The bike was fitted with drum brakes front and rear, as well as a Girder forks up front, a rigid tail and a sprung saddle. Total weight when dry is approximately 120 kilograms (265 lbs) and power is sent to the rear wheel via a chain drive from the 4-speed gearbox.

The project bike shown here is largely complete, although it should be assumed that all components will require restoration before reassembly. It’s a 1938 model which means it’s a MkII – an updated version of the KSS with the improved Velocette MkV KTT frame, as well as a revised engine with an alloy cylinder head.

Bonhams are estimating that it’ll sell for between £3,500 and £5,500 when it’s offered for auction on the 23rd of April at the Spring Stafford Sale. If you’d like to read more about it or register to bid, you can click here to visit the listing. 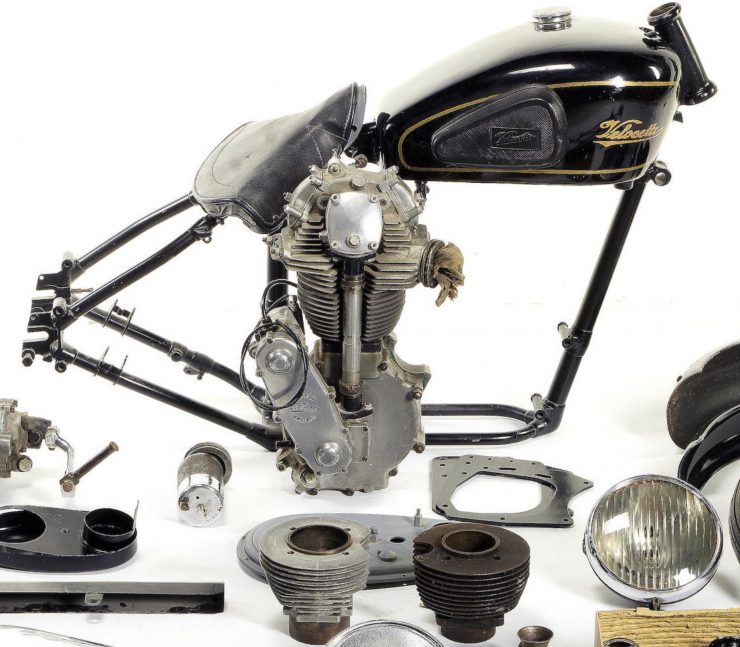 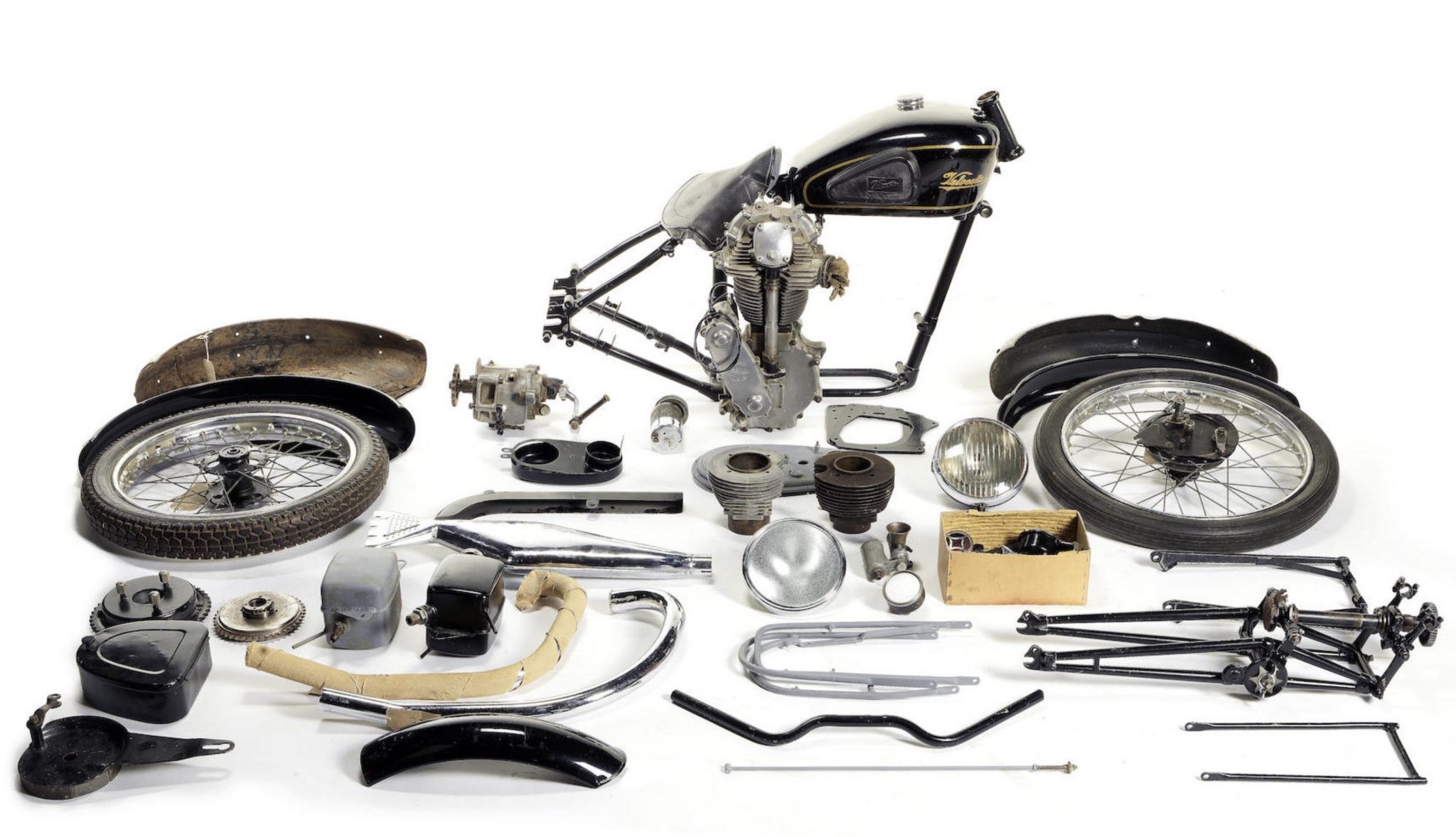