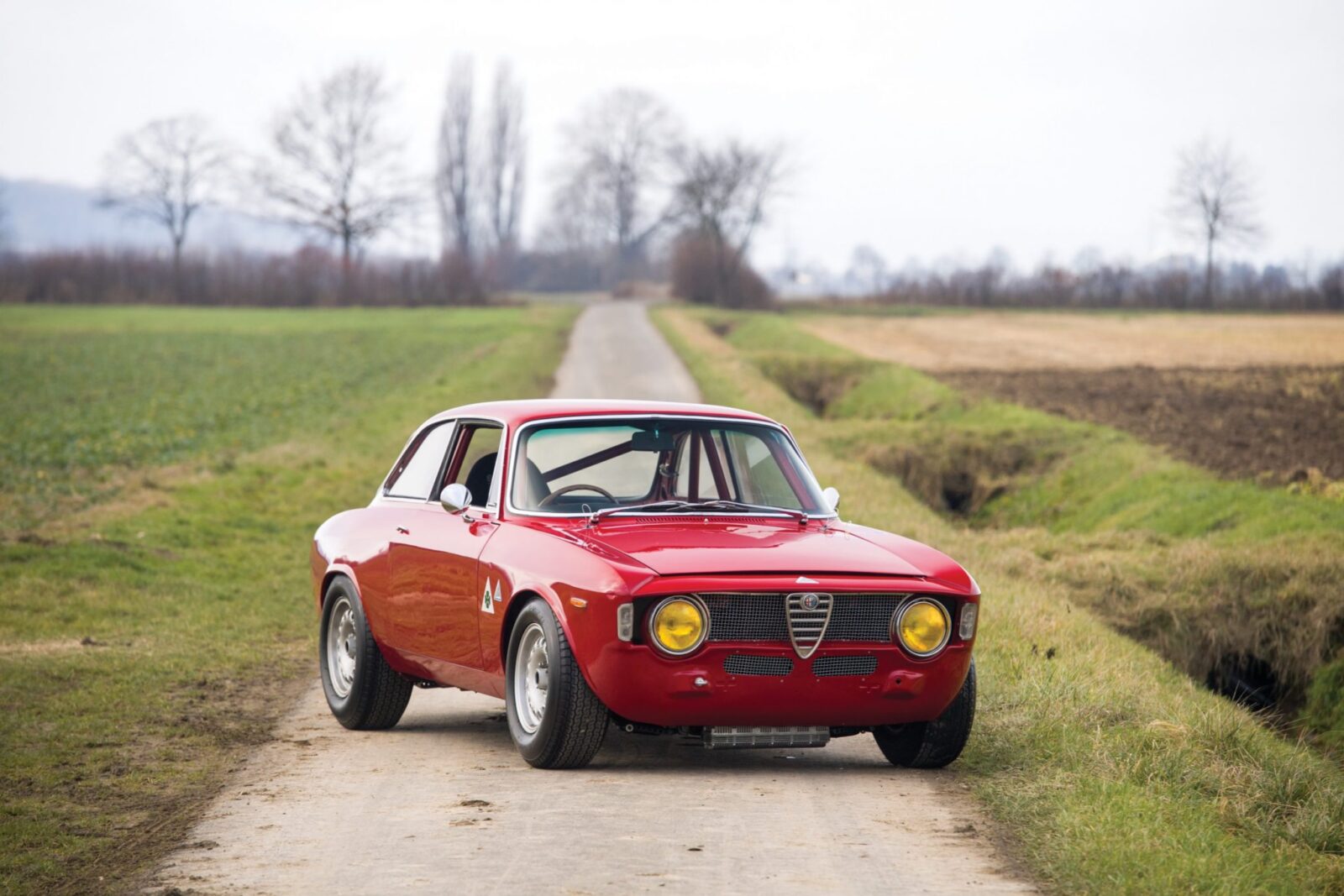 The Alfa Romeo Giulia Sprint GTA was the out-and-out race version of the Giulia Sprint GT road car – just 500 GTAs were built for homologation and today they’re highly sought after by collectors and vintage racers.

The Story of the Alfa Romeo Giulia Sprint GTA

The “A” added at the tail end of the model name stands for Alleggerita – an Italian word for lightweight. The engineers at Alfa had managed to shave precious kilograms from the car by using aluminium external body panels bonded and riveted to thinner gauge inner steel panels, magnesium was also used for the cam cover, wheels, bell housing, sump, and timing cover.

The weight loss regime included swapping out the glass side windows for Perspex, adding some aluminium suspension elements, and even using lighter weight doorhandles. By the time the Giulia Sprint GTA was complete it weighed in at a spritely 740 kilograms, and could produce upwards of 170 horsepower in full race trim – making it a very quick car by mid-60s standards.

Alfa built two major iterations of the GTA, the street (Stradale) or race (Corsa) trim, the primary differences between them being the amount of the interior that was deleted – with stradale spec cars being a little more comfortable for regular street usage.

Autodelta, the racing division of Alfa Romeo, focussed its attention on the 1600 engine, it had a new high-flow head with twin sparks, a larger oil sump, an oil cooler, high-compression pistons, and hotter cams. Further down the drivetrain there was a lightweight flywheel, close ratios, and a limited slip differential.

Of the original 500 cars many were raced, oftentimes leading to irreparable damage, so the surviving examples are treated with just as much reverence as Ferraris and other Italian exotica of the same era.

Alfa had built the Giulia Sprint GTA with sporting intentions, and it certainly didn’t fail to live up to its potential. The GTA took the first 7 places at the 1966 season opener at Monza, and Andrea de Adamich would go on to take the title in the same year.

Across the pond in the USA the GTA took its first win in ’66 at the “Refrigerator Bowl” (the former Marlboro Raceway in Maryland) with Monty Winkler and Pete Van der Vate taking turns in the hot seat. In the same year the GTA would win the under 2 litre class of the first SCCA Trans-Am championship.

The GTA would continue to land on the podium right into the 1970s, and today they’re a frequent sight in the winners circle at vintage racing events around the world. 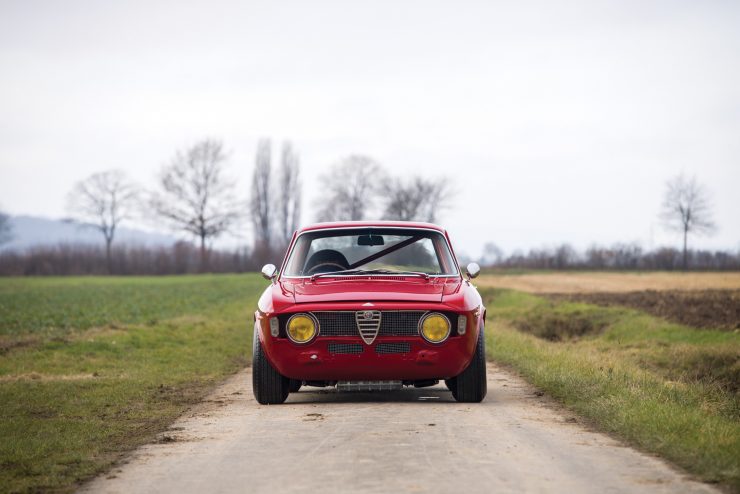 The GTA you see here still has all of its original body panels – which is remarkable when you consider the “rubbing is racing” ethos of much of the motorsport world. Along with its aluminium body panels it also retains its original (and highly desirable) magnesium parts – including the oil pain, gearbox (supplied with the car), magnesium valve covers, and Campagnolo magnesium wheels.

This car is one of just 50 made in right-hand drive, it was delivered new to the Autotecnica Conrero Team on 31st of August 1966 and was raced extensively under the Conrero / “Jolly Club” banner until it was sold on to privateer racer Siegfried Kopcke who used it to compete in German Touring Car events.

In more recent years the car was restored by Alfa Romeo GTA specialists, and remarkably has been driven just 40 kilometres since the restoration was completed. It’s now scheduled to be offered by RM Sotheby’s at the upcoming Villa Erba Auction on the 27th of May, if you’d like to read more about it or register to bid you can click here to visit the listing. 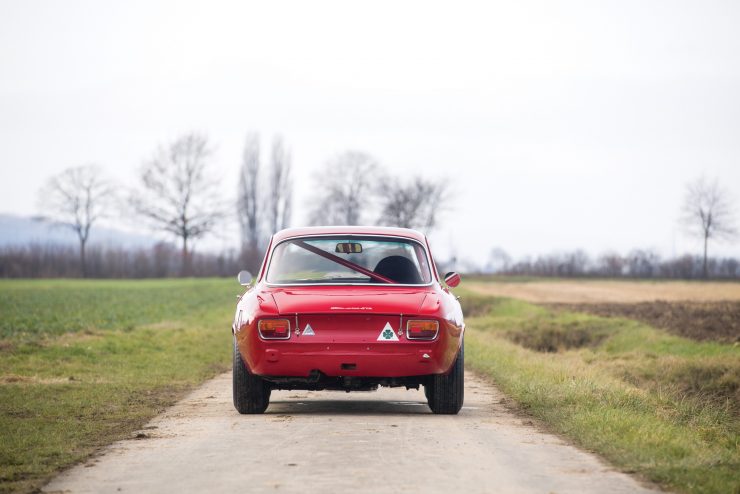 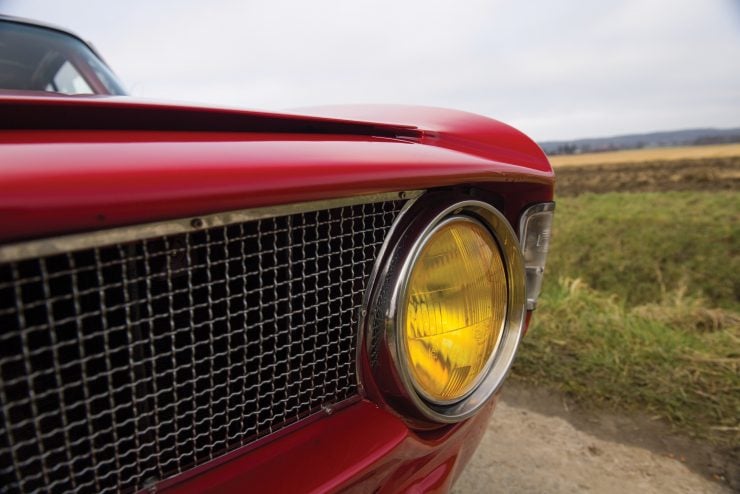 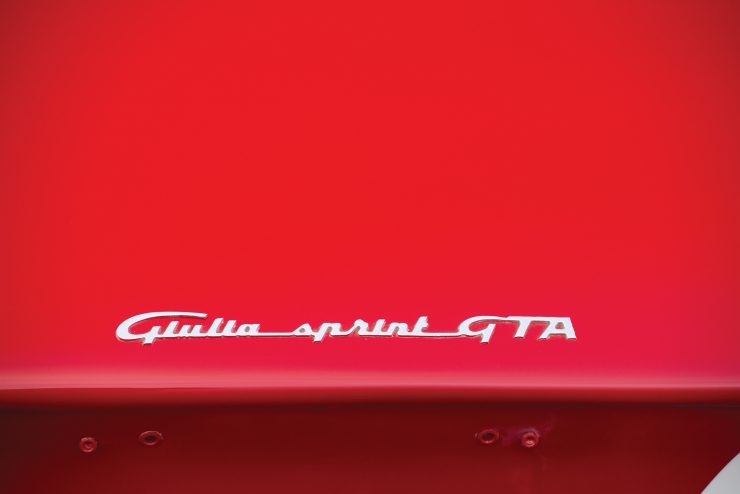 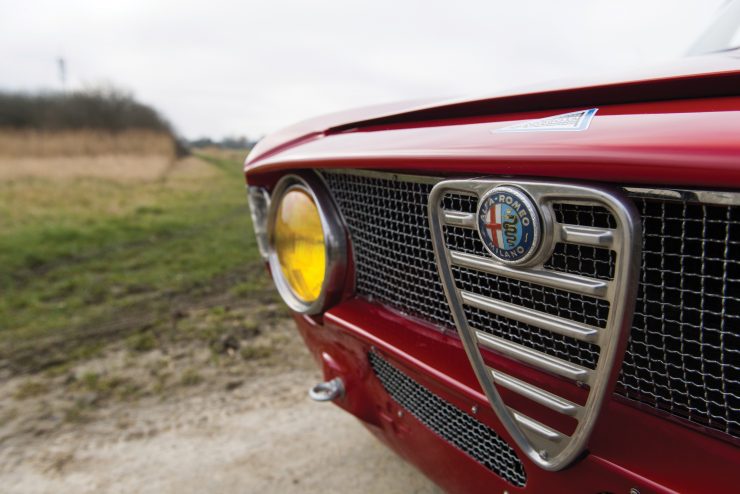 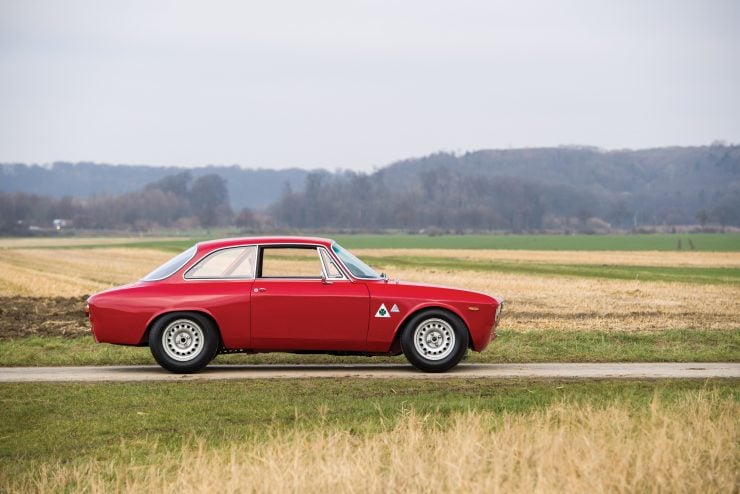 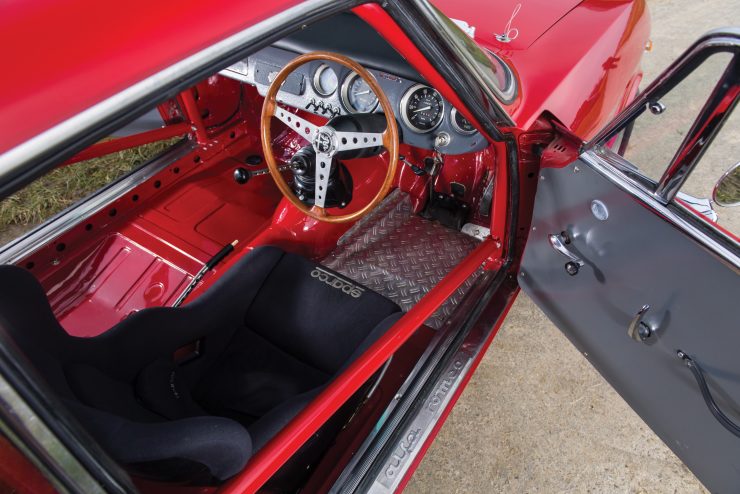 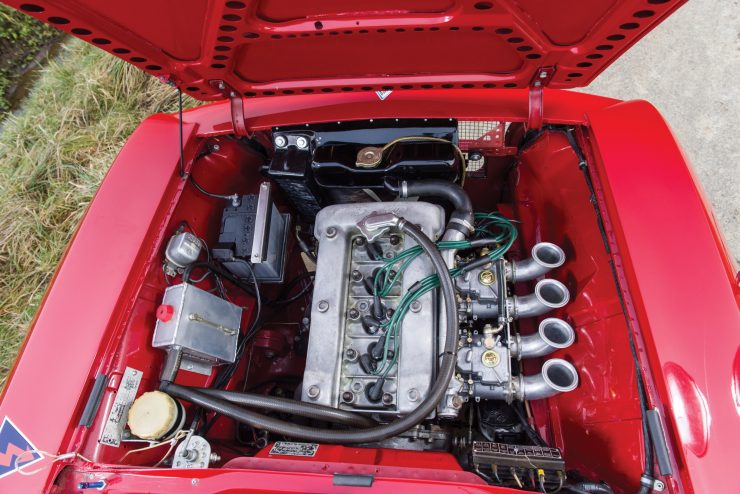 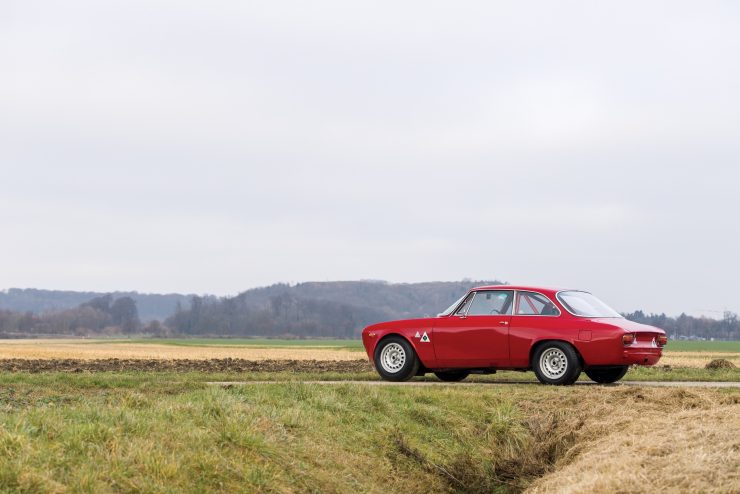 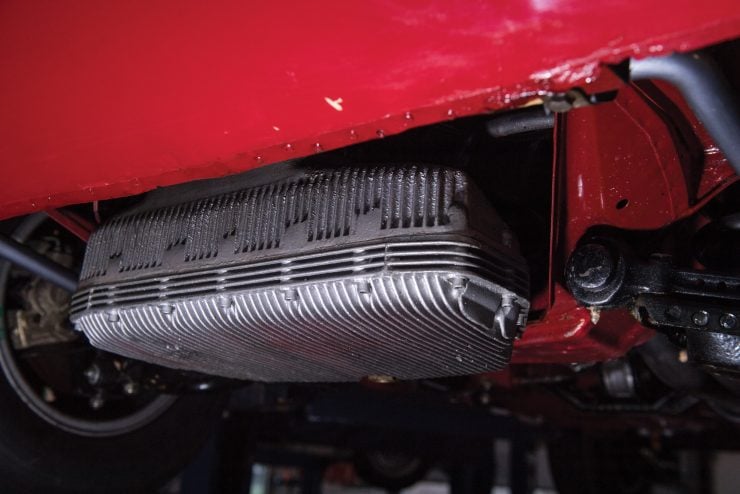 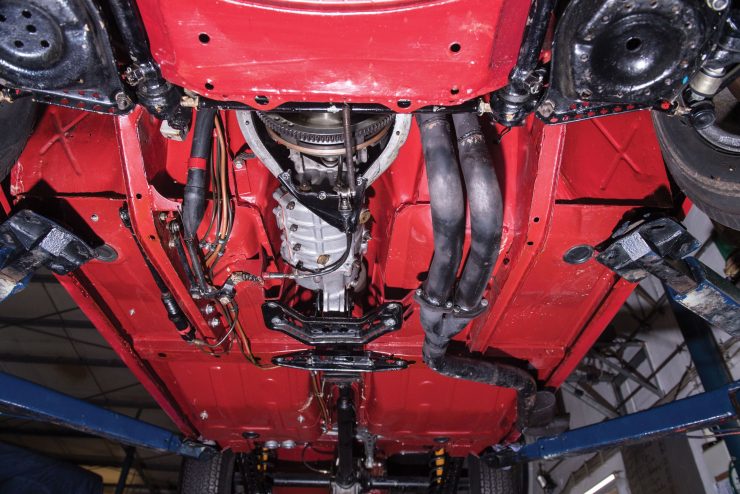 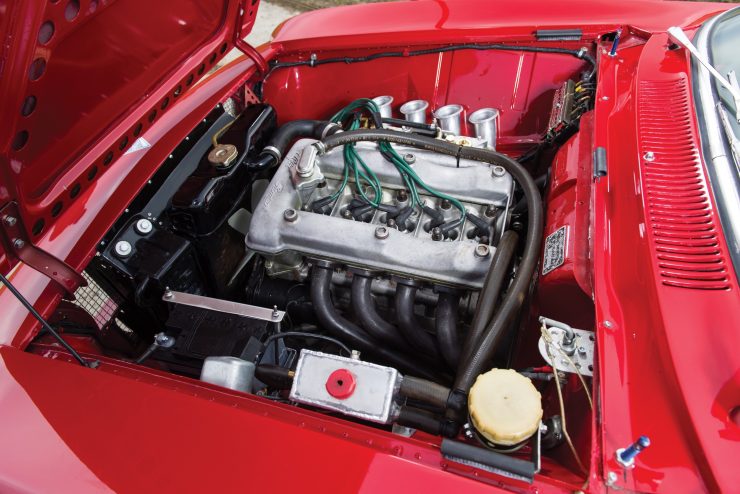 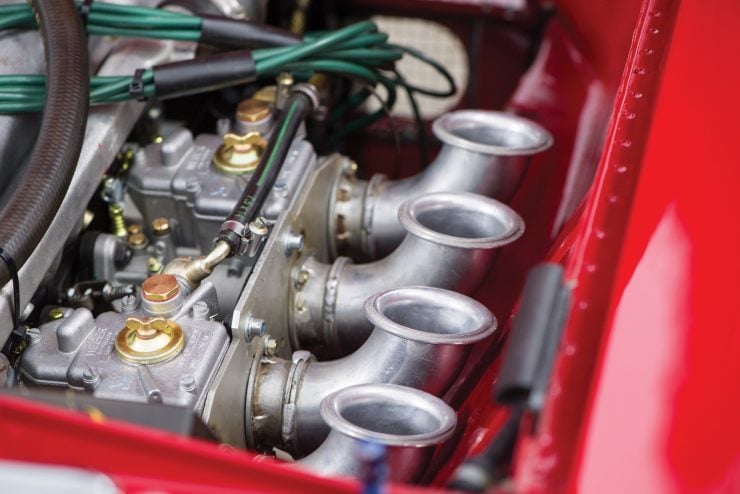 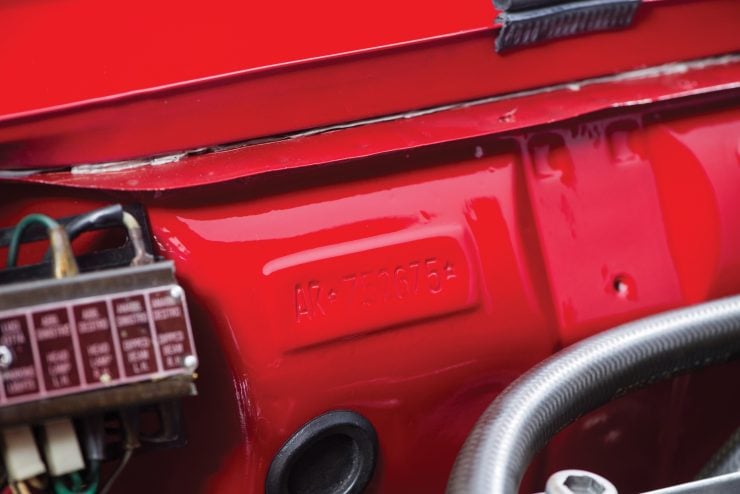 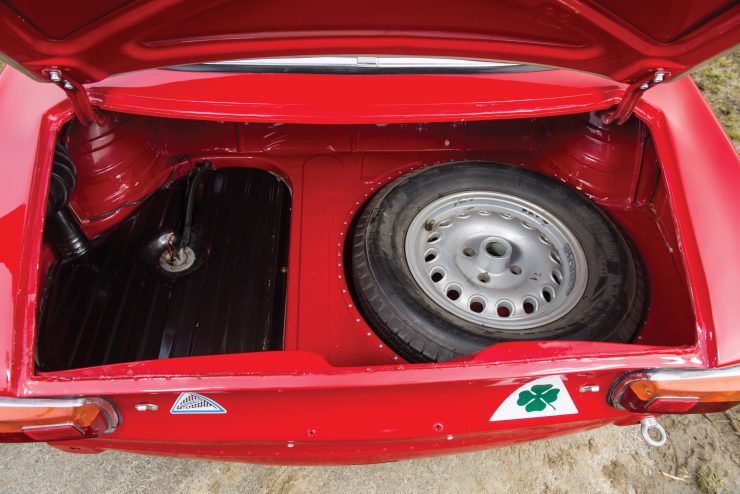 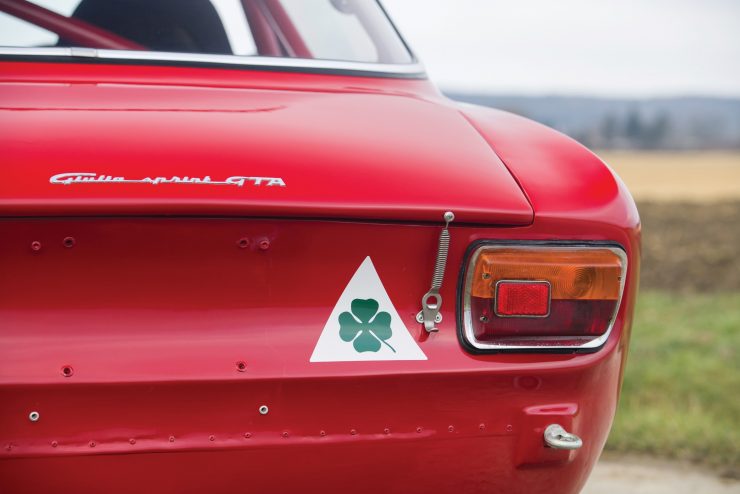 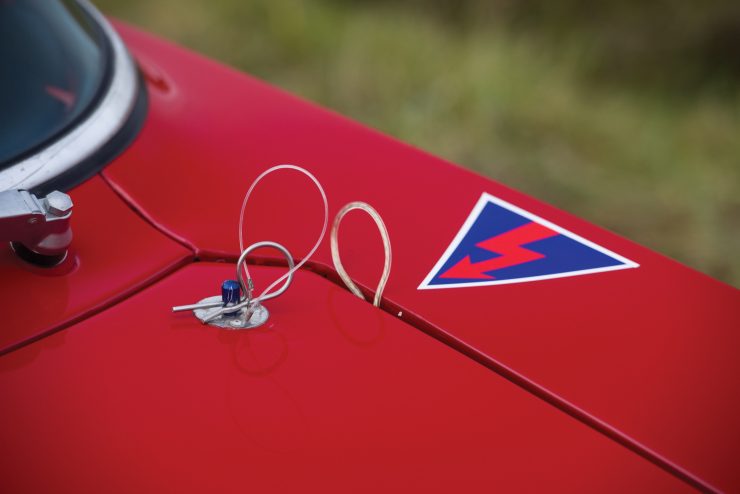 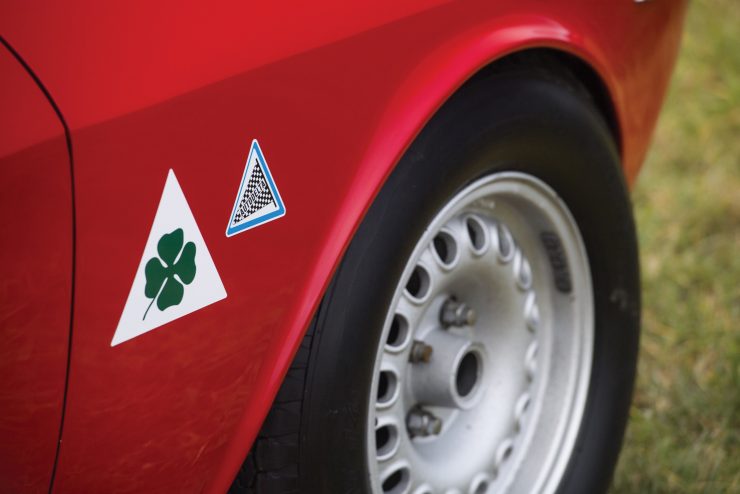 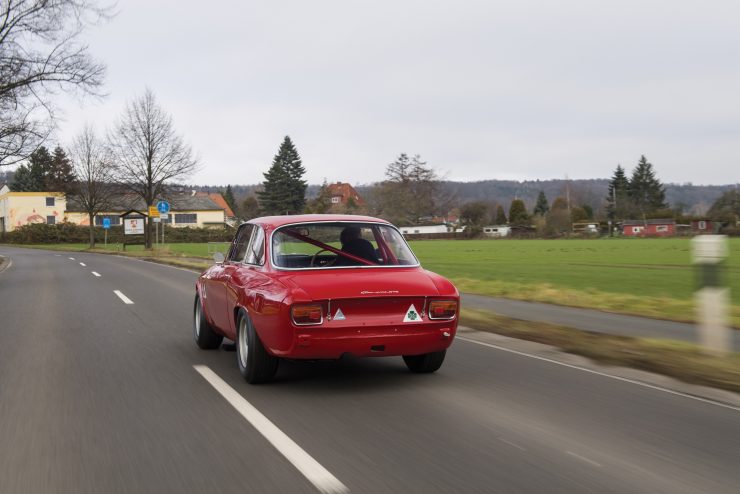 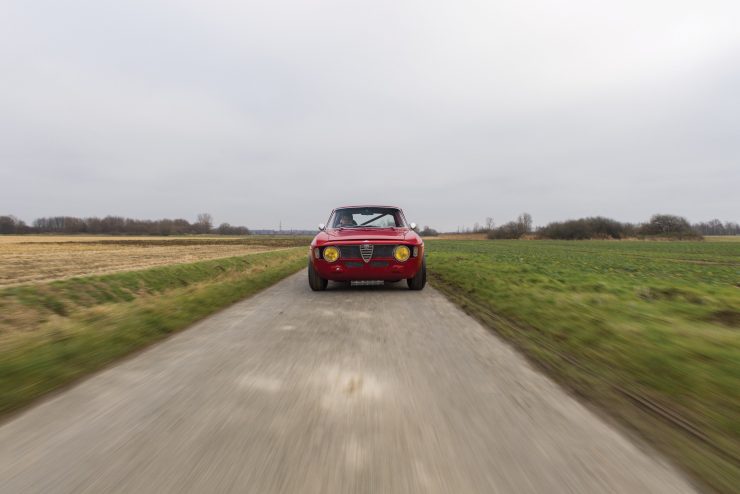 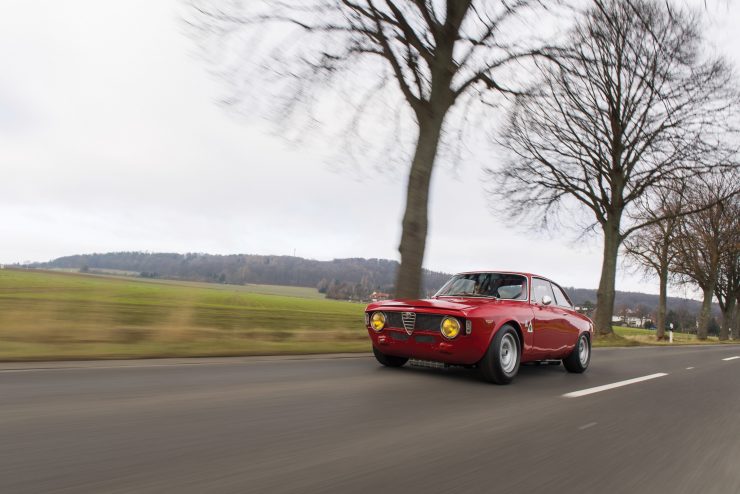 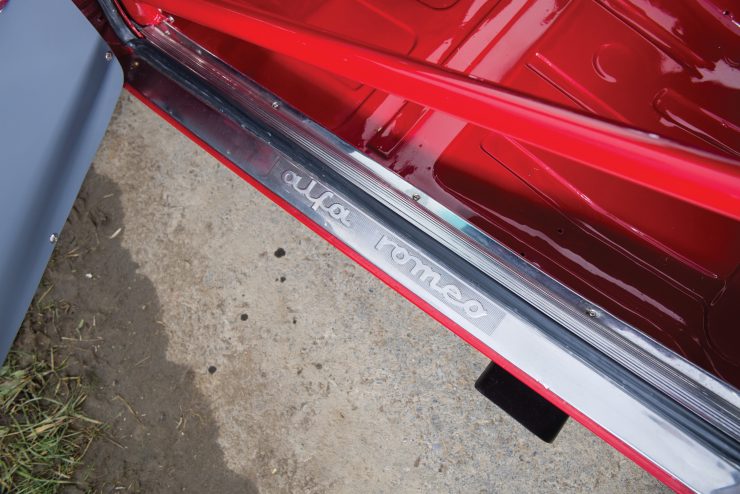 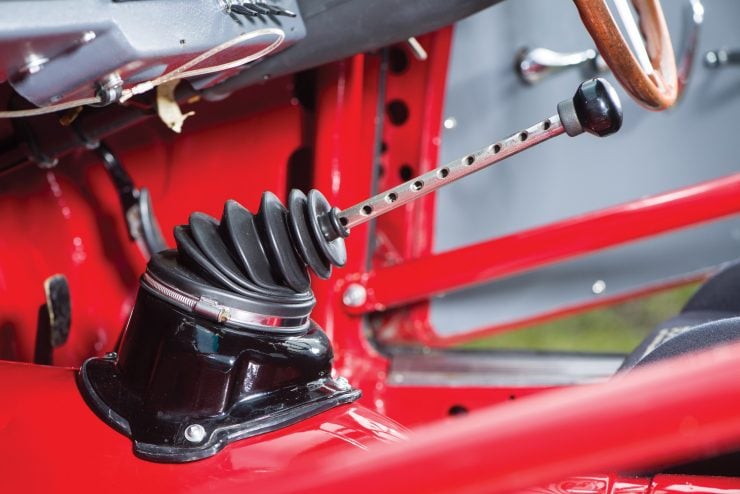 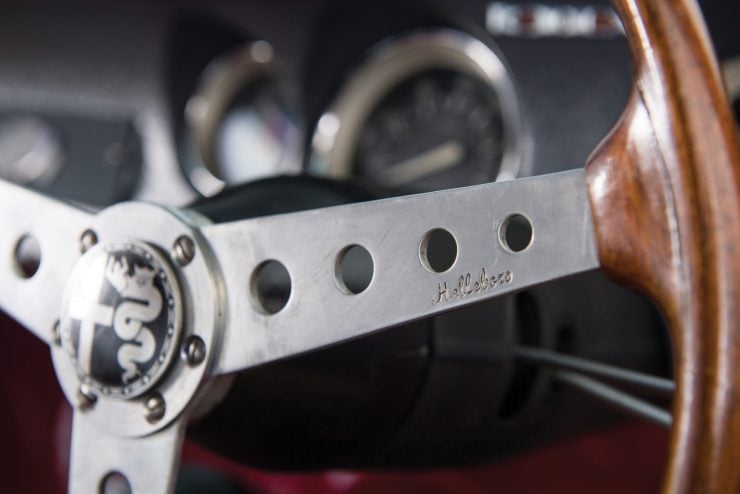 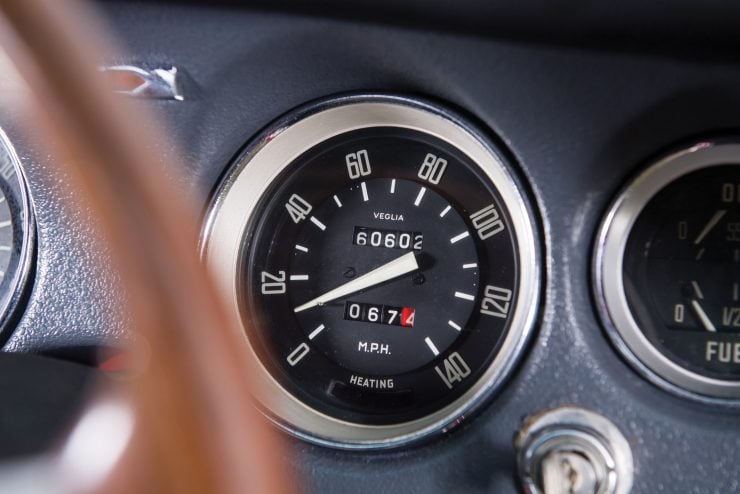 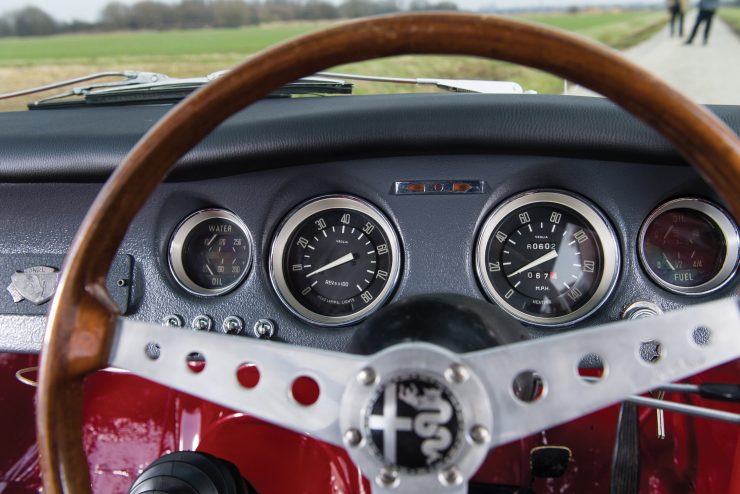 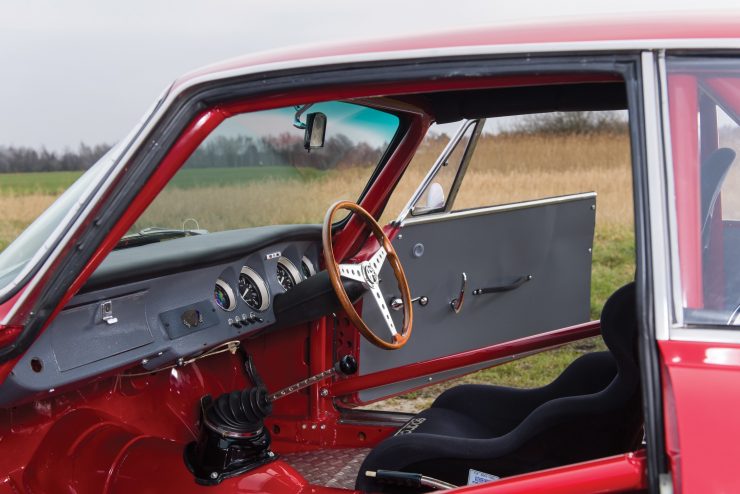 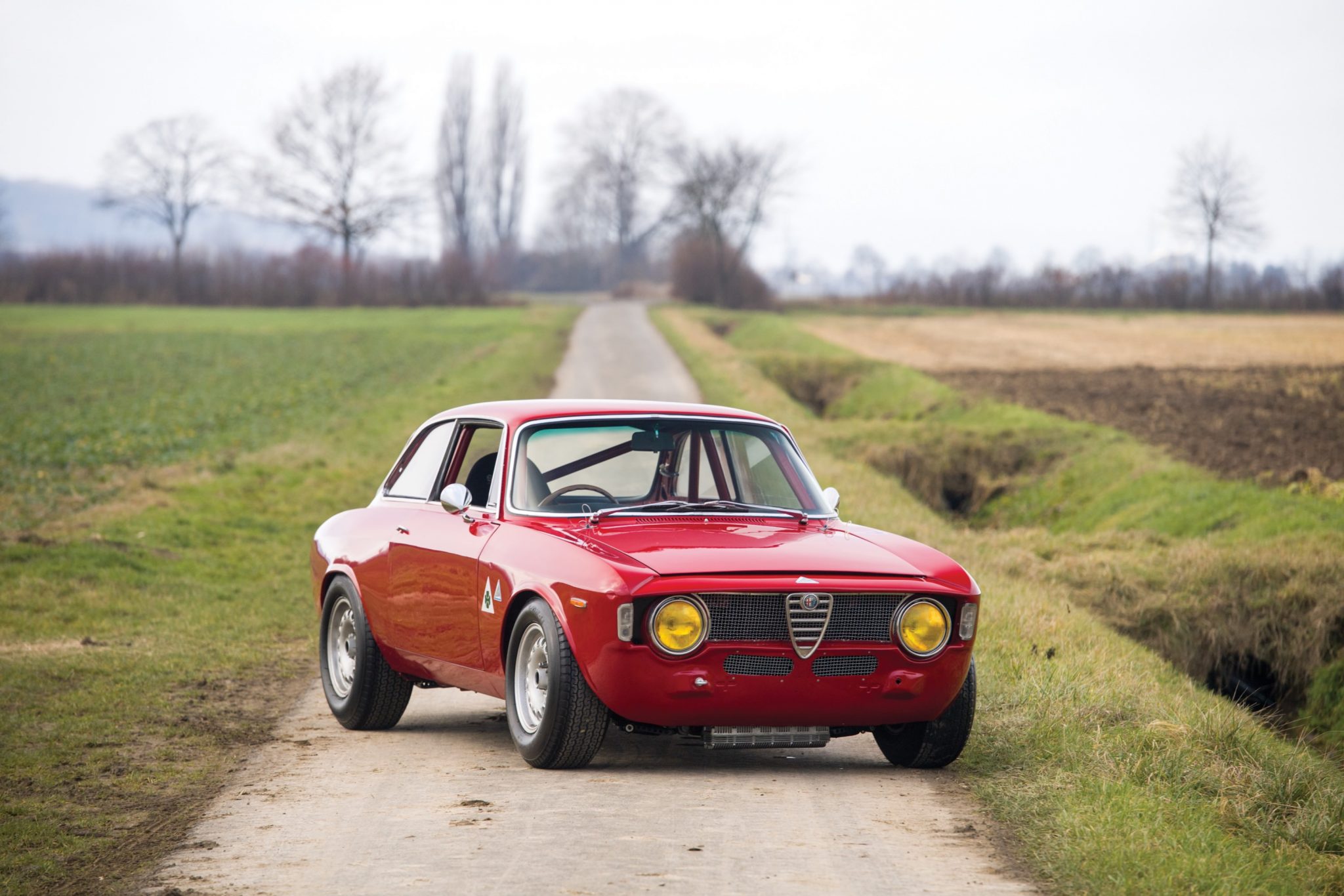 The first drafts of the design for the Unimog were made by Albert Friedrich in 1945, he had been the head of aeroengine…

This is the art of Avakov Ilya, a Red Dot award winning industrial designer who graduated from the Saint Petersburg State Art Industrial Academy…

This is an Alfa Romeo 8C engine, it’s widely considered to be one of the most important pre-WWII automobile engine designs and it helped…