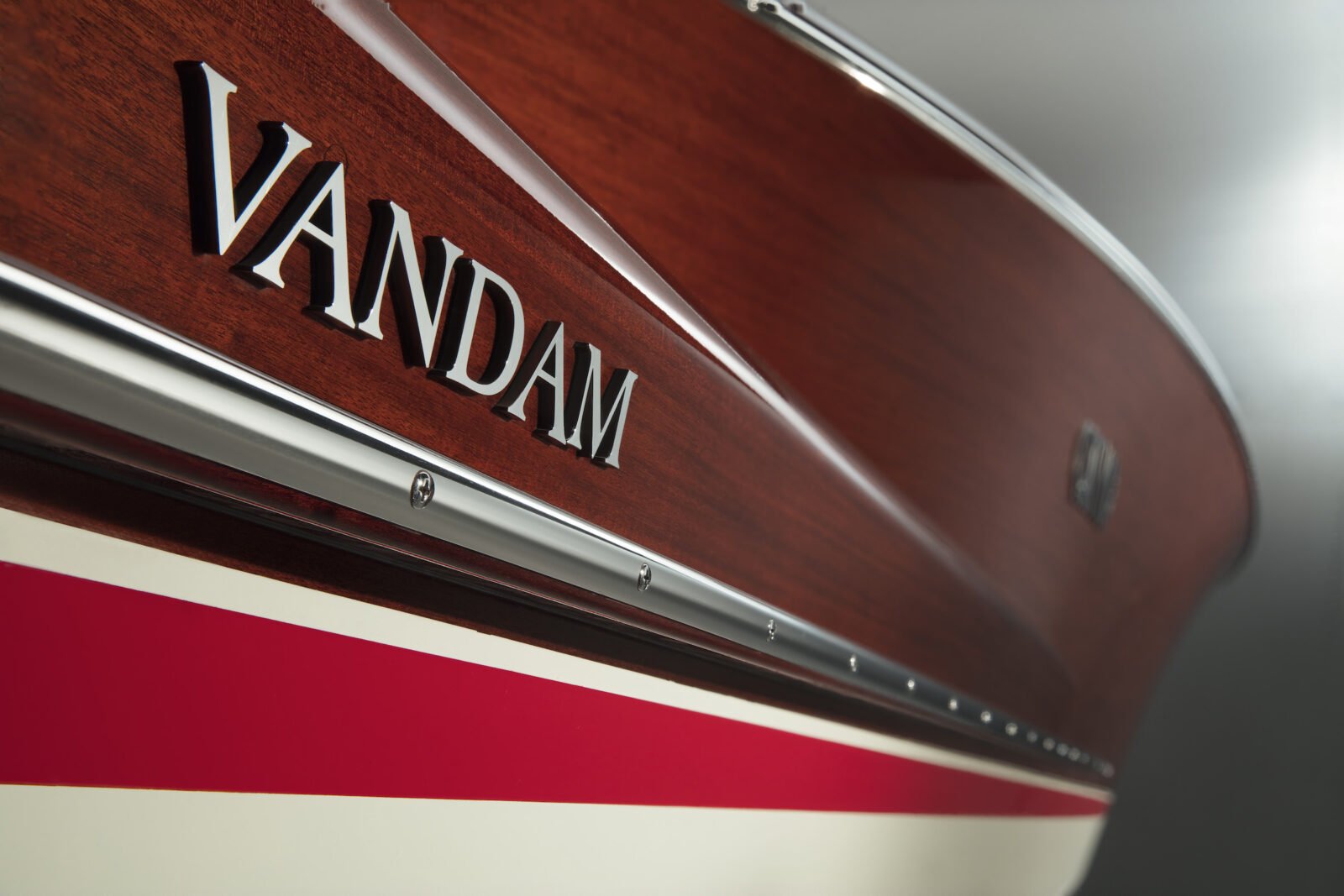 Van Dam was founded in 1977 with a singular purpose – to build the best wooden power and sail boats in the world. The company is based in Boyne City, Michigan where two generations of the same family build classically-styled launches with craftsmanship at a level we more commonly associate with Lake Iseo than the Great Lakes.

Husband and wife Steve and Jean started Van Dam as a humble enterprise using epoxy and wood cold-molded boatbuilding techniques that Steve had learned working with one of the pioneers of the method in the 1970s. Today the company is run by Steve and Jean’s son Ben, who grew up building boats, and took over the company presidency in 2016.

The Catnip project began at Van Dam in early 2016, it was designed to evoke the spirit and styling of the art deco era and the Ventnor runabouts that carved lines across lakes from California to the Carolinas.

People have been building wooden boats for thousands of years, but wood-epoxy construction is still relatively new in the long arc of maritime history. Whereas traditional wooden boats may be finished with oil, varnish, tar, or other sealants, wood-epoxy boats are sealed using modern epoxy resins. Cold molding is the process of laminating thin layers of wood together, with grains in opposing directions, to form compound shapes. These allow the boat to be sealed up watertight, the hull then forms a one-piece monocoque structure with exceptional resistance to rot, swelling, leaking, and marine borers like the Teredo worm. 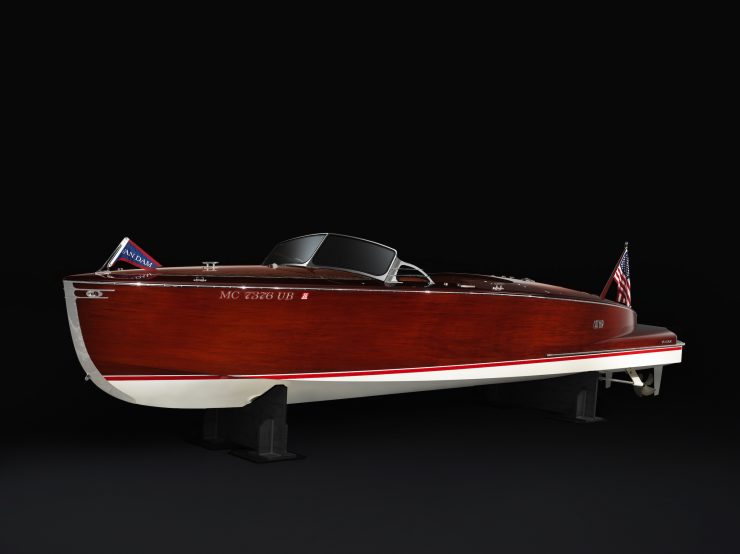 This speed is possible thanks to the installation of twin Ilmor MV8 engines, each with a displacement of 6 litres and 385 hp / 411 ft-lbs of torque driving through Borg-Warner V-Drives. To be clear, that’s approximately 41 horsepower more than a Lamborghini Aventador, and 315 ft-lbs more torque.

The engines are installed under the long sloping rear deck, a space that doubles as a sunbed when at anchor. Steering is accomplished with a pair of heavy-duty transom-hung rudders, and engine power is converted into motion thanks to twin raked ACME propellers.

Inside the cabin there’s seating for 5, or 4 with the rear drink-holder/armrest down, there’s also ample storage, a retracting Dietrich soft top that disappears below deck, an ice chest in the seat base, a flip up bolster for the helm seat, a custom banjo-steering wheel with tilt helm, and a hidden-retractable 12” chart plotter.

Catnip has a 150 mile range at a cruising speed of 25+mph, and has her own bespoke trailer matched to her bottom for a glove-like fit. She also has a full mooring and trailering cover to protect her from the elements when not in use. 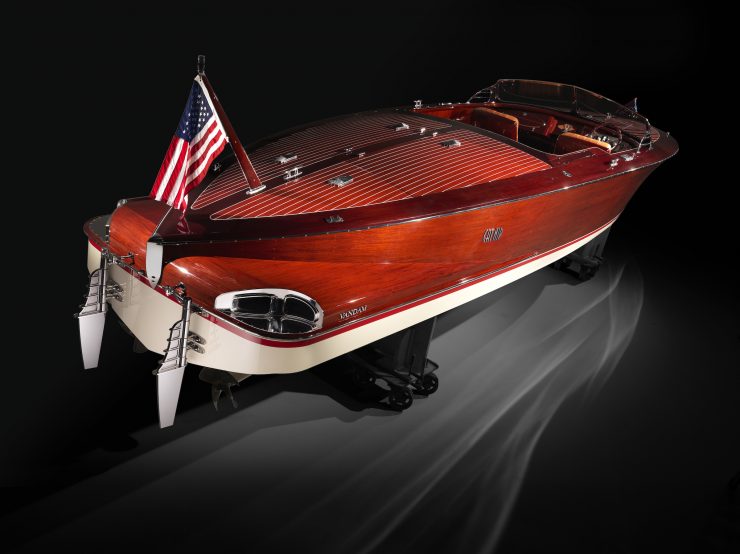 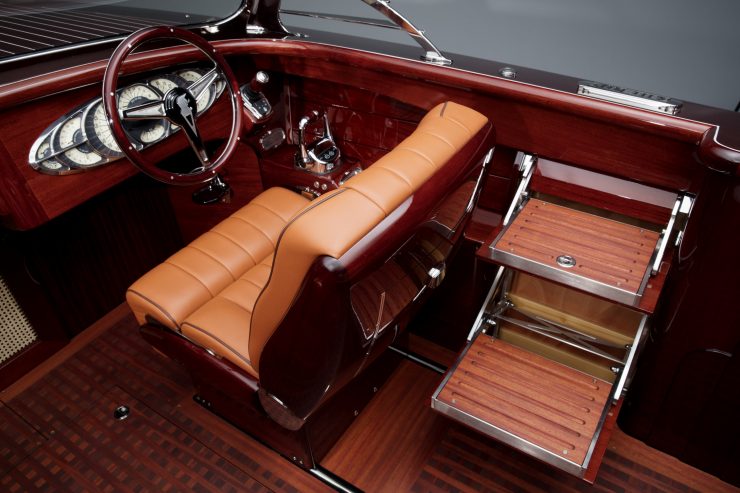 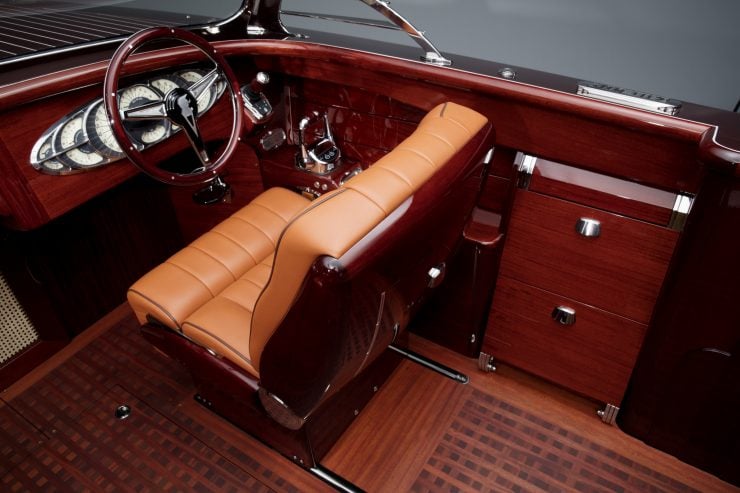 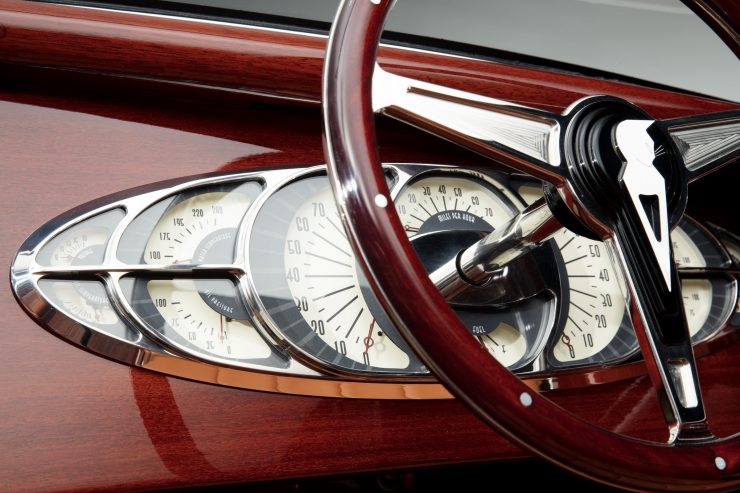 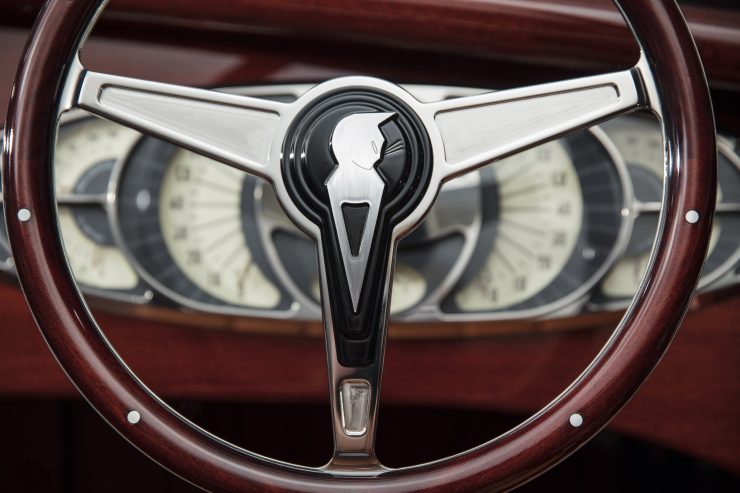 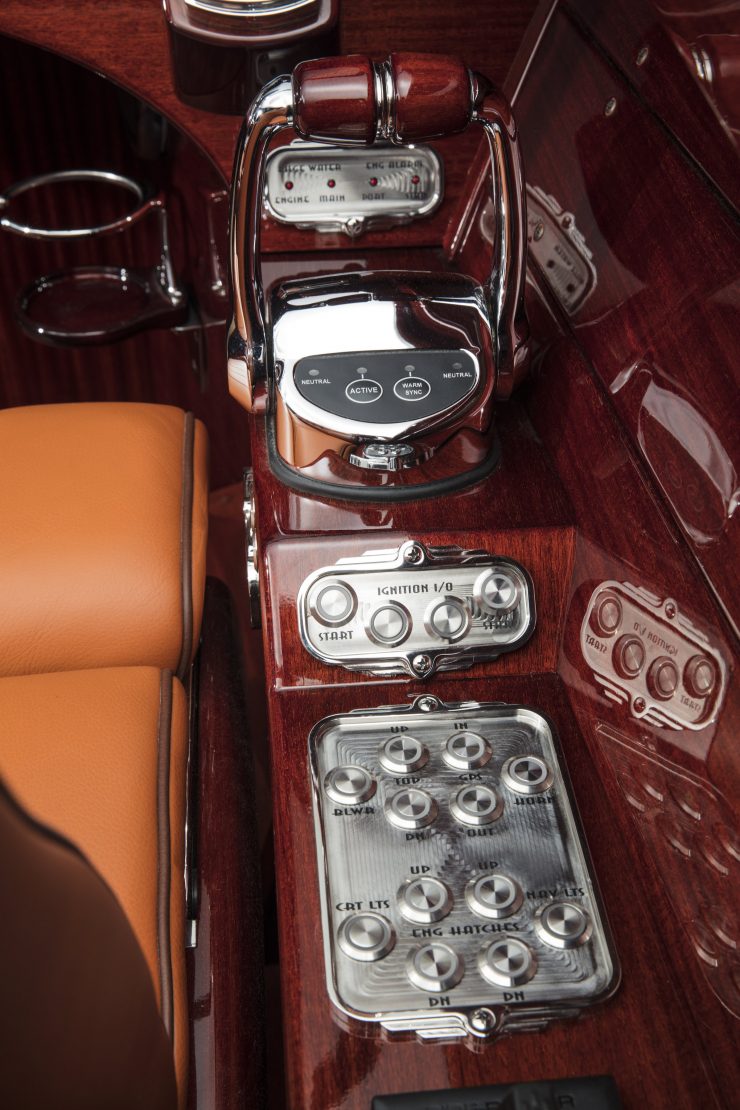 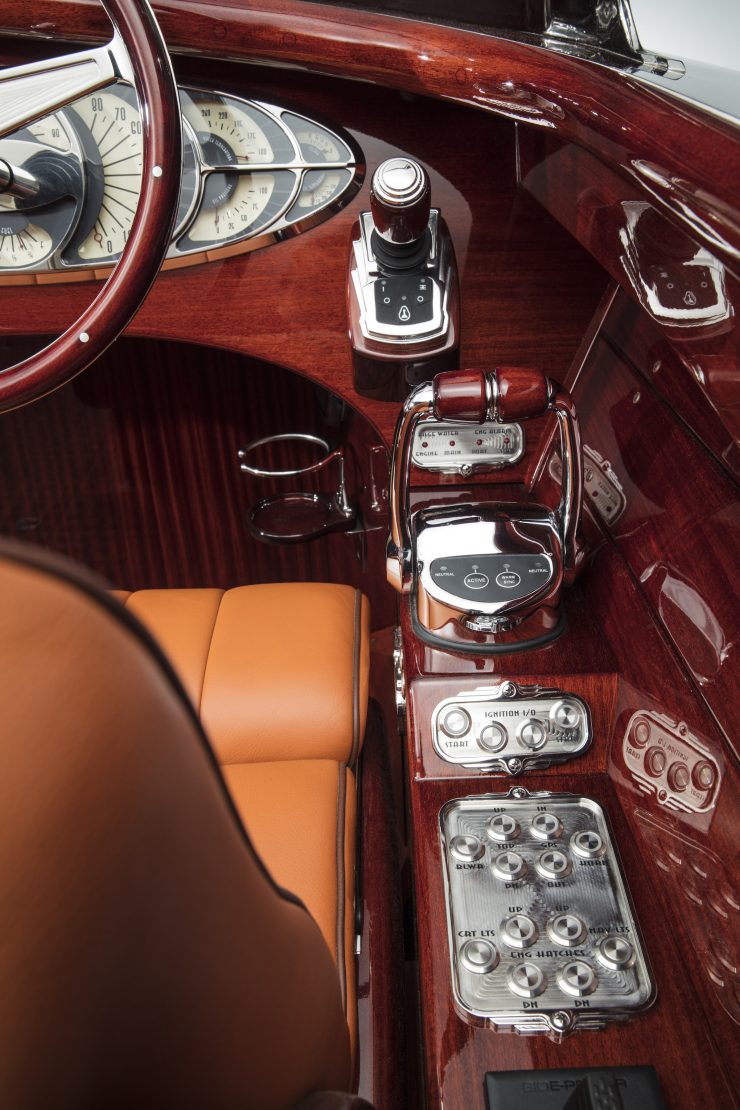 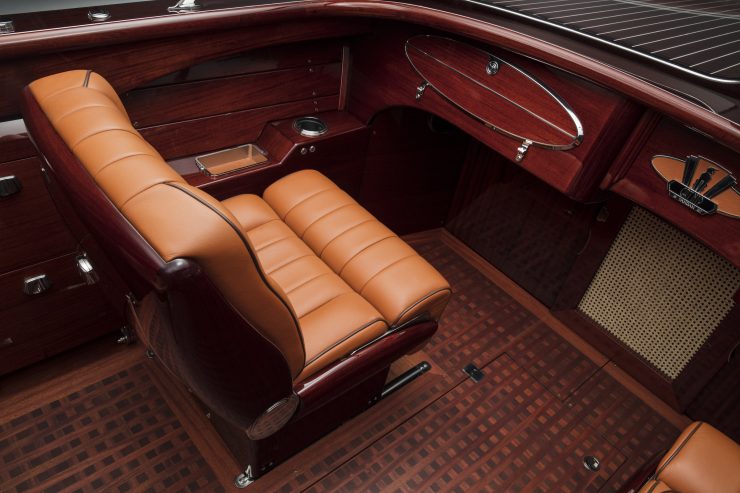 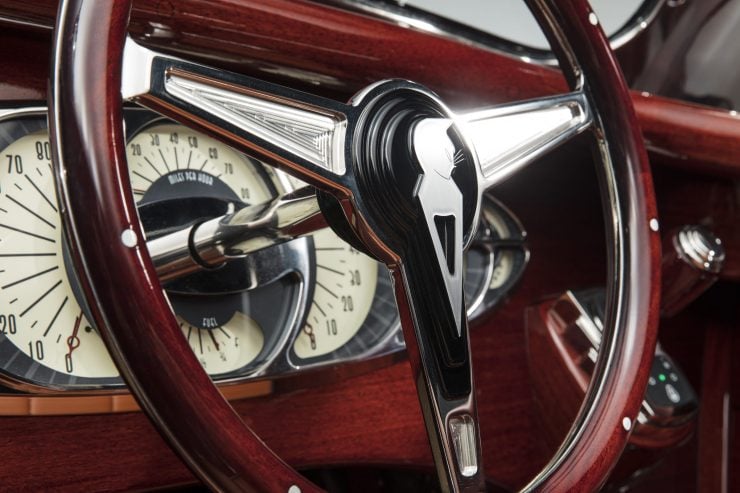 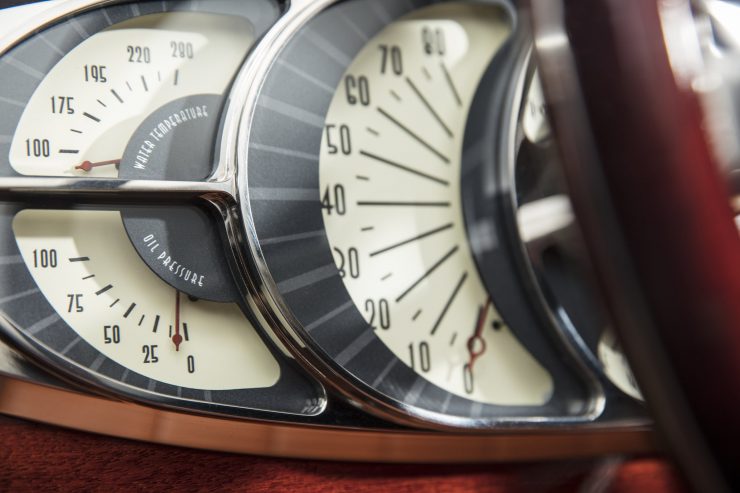 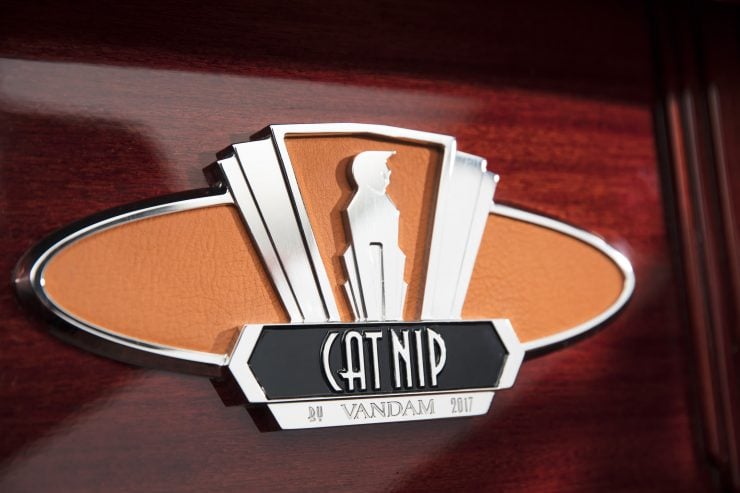 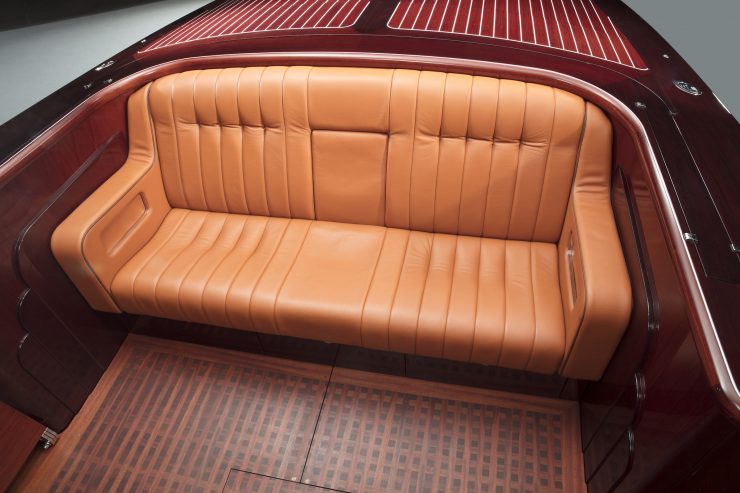 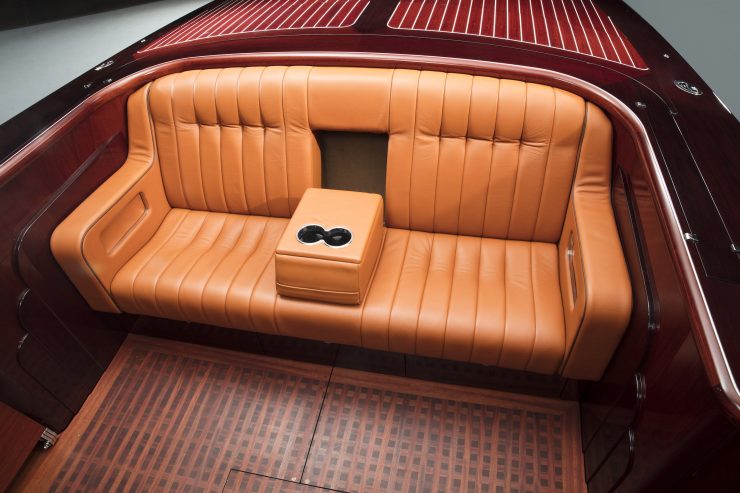 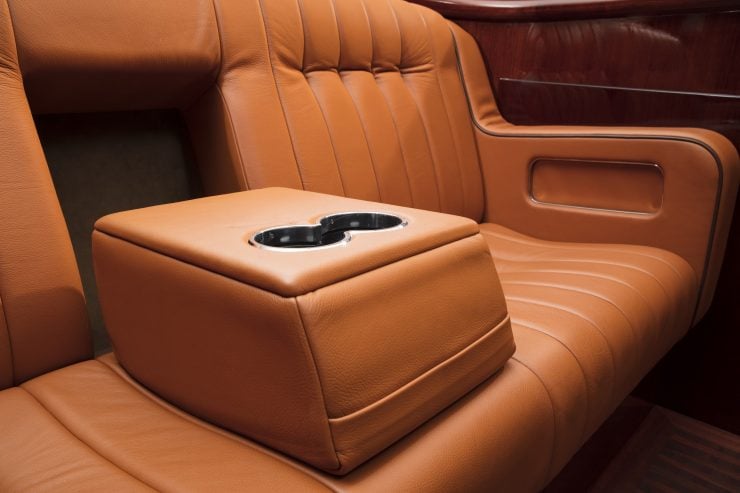 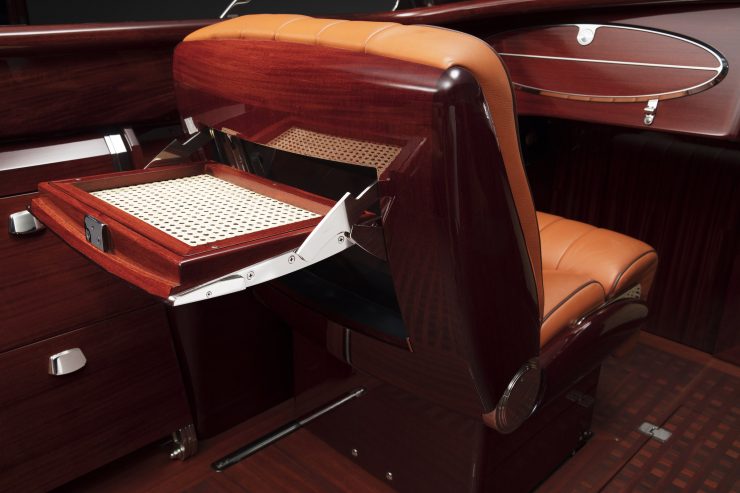 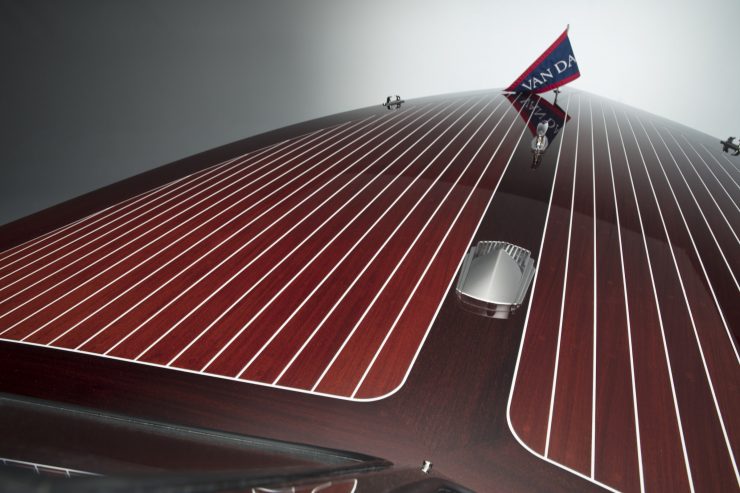 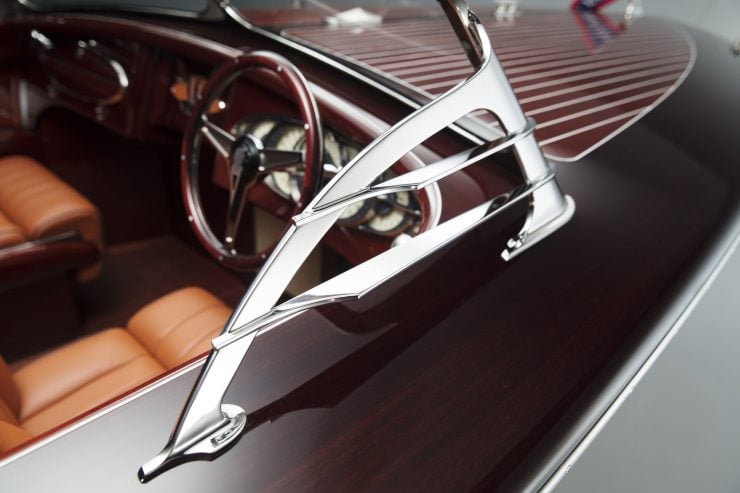 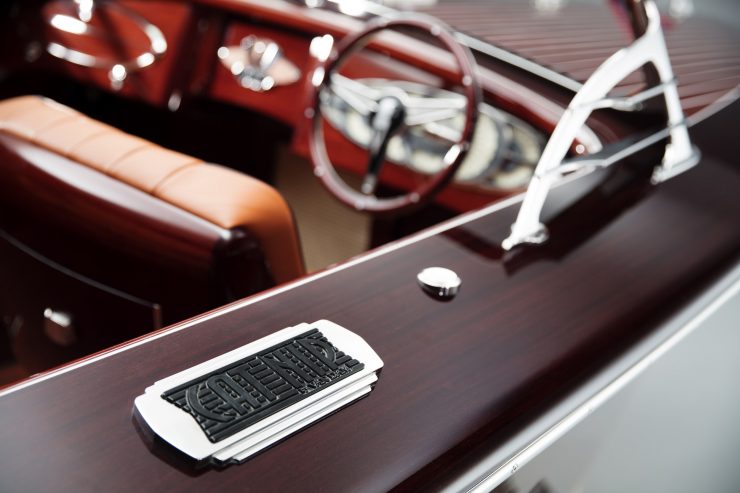 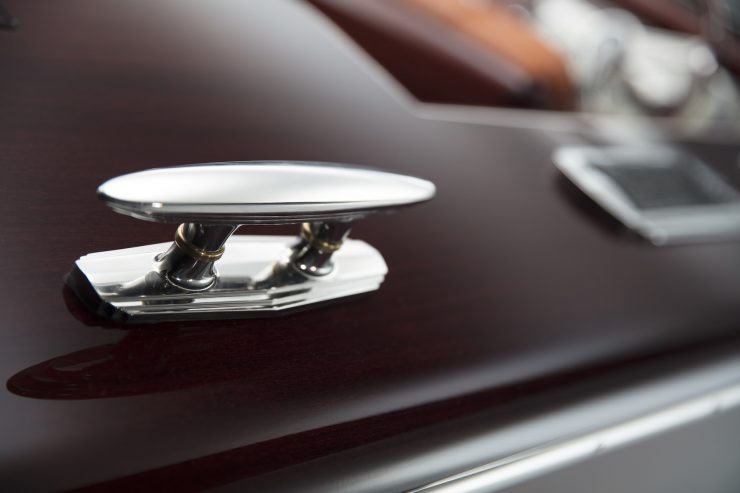 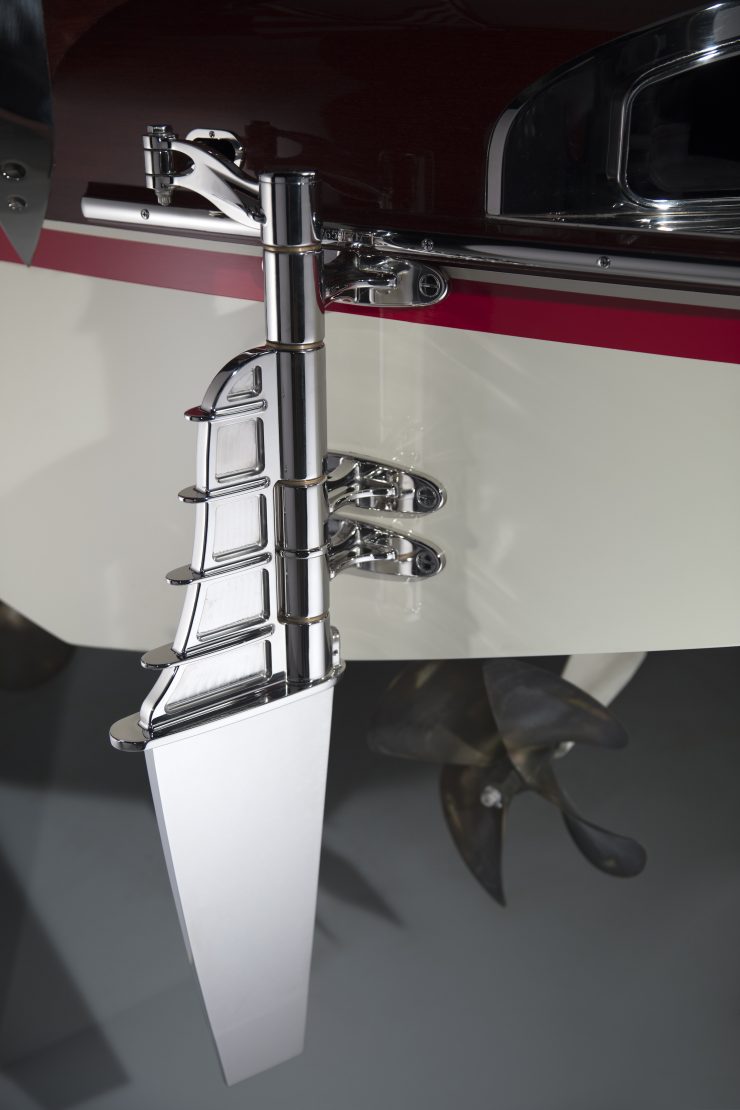