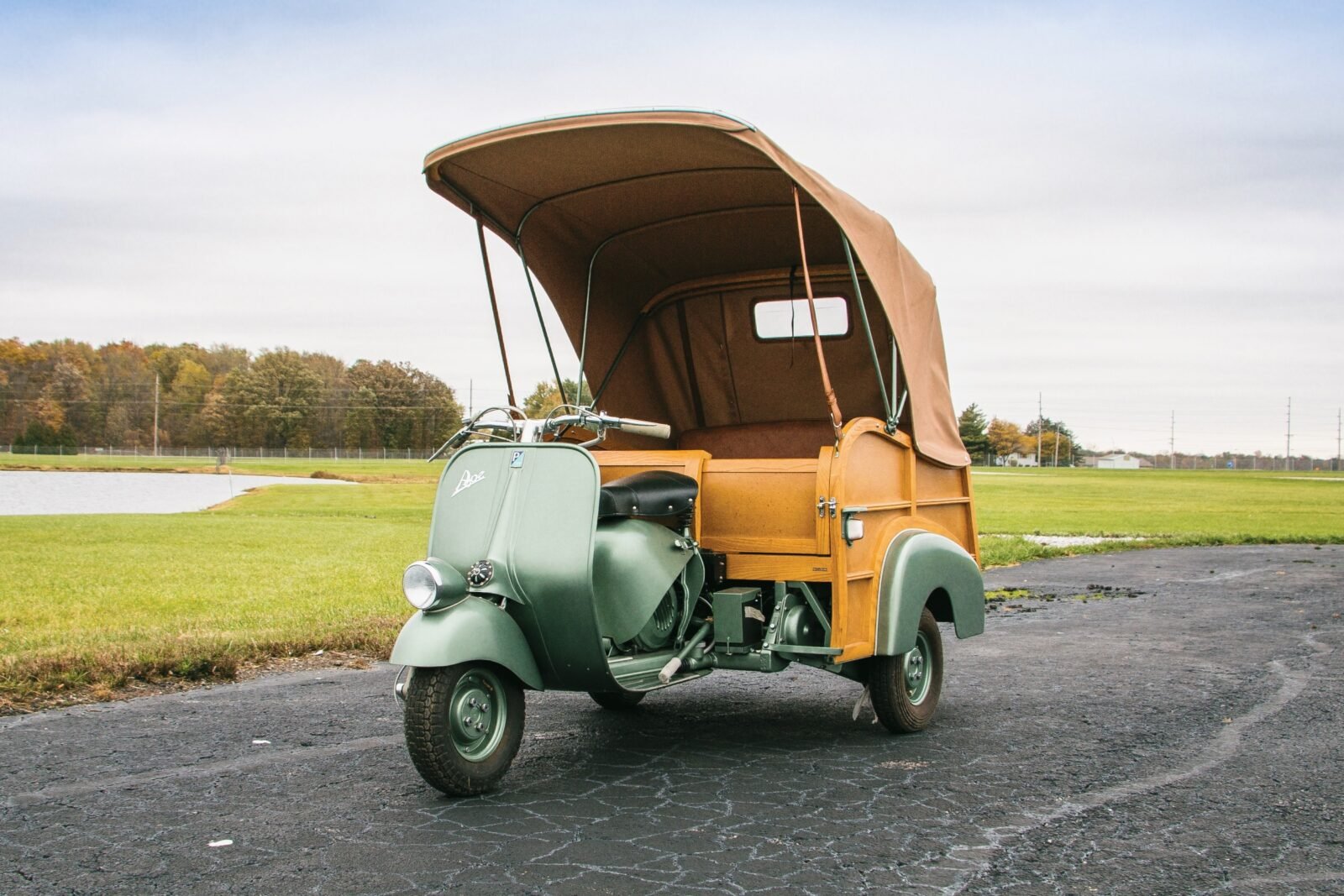 The Piaggio Ape was designed on the platform of the iconic Vespa scooter – “Vespa” meaning “wasp” in Italian, a reference to the side profile of the scooter with its bulbous rear, narrow waist, and handlebars that some say look like antenna.

In many respects, the Vespa was to the post-WWII Italians what the Model T Ford was to the Americans of the 1900s and 1910s – it offered cheap transportation for the common folk, and it got the country moving.

The first Piaggio Vespa scooter appeared in 1944, with its characteristic front fairing, enclosed engine bay, and pressed-steel construction. In 1945 the aeronautical engineer Corradino D’Ascanio was hired by Piaggio to further develop the design, creating the scooter we all know today. D’Ascanio moved the engine to the rear mounting it off the side of the rear wheel, he installed a spare wheel on the other side, and removed the central tunnel resulting in a step-through design.

In the first year of sales, 1947, Piaggio sold 2,500 Vespas. By 1960 2 million had been sold, and by 1980 the number was over 10 million. The design has now become the de facto standard, widely copied throughout much of Asia, still providing the sole form of motorised transportation for many millions of families.

The Piaggio Ape was designed as a Vespa-based derivative that could be used by tradesmen, taxi drivers, delivery men, farmers, and anyone else in Italy who needed to carry people or goods.

“Ape” is Italian for “Bee”, a play on words given that it’s based on the Vespa. The front of the Ape is largely similar to its two-wheeled brother, however the rear has a solid axle with hydraulic brakes. The engine is mounted forward under the driver’s seat, and the rear section was designed to be as large as possible, to accommodate a wide variety of different body types and functions.

Vespa would eventually build the Ape in factories in Italy and India, where the basic shape and construction became a standard form of transportation for millions in much the same way the Vespa has. In fact, you’d be hard-pressed to visit any Asian country east of Iran and not spend some of your trip in (or on) a vehicle that owes its existence to either the Vespa or the Ape.

The ’53 Ape Calessino you see here benefits from having the 150cc engine that began to be fitted as standard in 1952, it also has the upgraded cable operated gearchange.

There is seating for two behind the driver in a lightweight wooden body somewhat reminiscent of the Woodie Wagons that were popular in the USA at the same point in history. There’s a folding canvas top that offers good cover for both passengers but somewhat limited cover for the driver, who would be kept toasty warm in inclement weather by the air-cooled engine mounted between his or her legs.

This particular Ape is in excellent condition, clearly benefitting from a restoration relatively recently. It’s being offered by RM Sotheby’s at the New York Icons Auction due to be held on the 6th of December with an estimated value of between $50,000 and $80,000 USD, although there is no reserve on it. If you’d like to read more or register to bid you can click here to visit the listing. 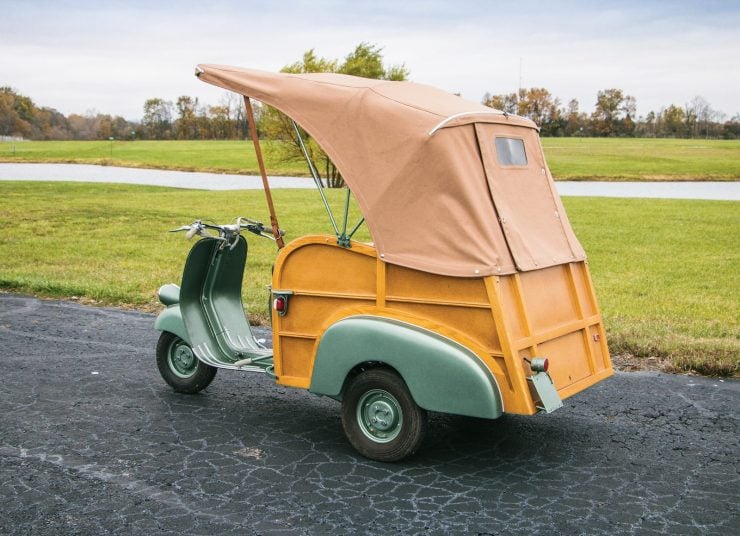 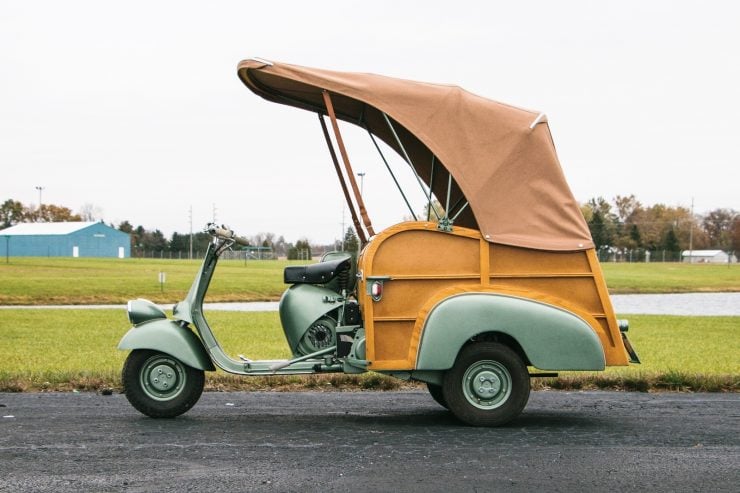 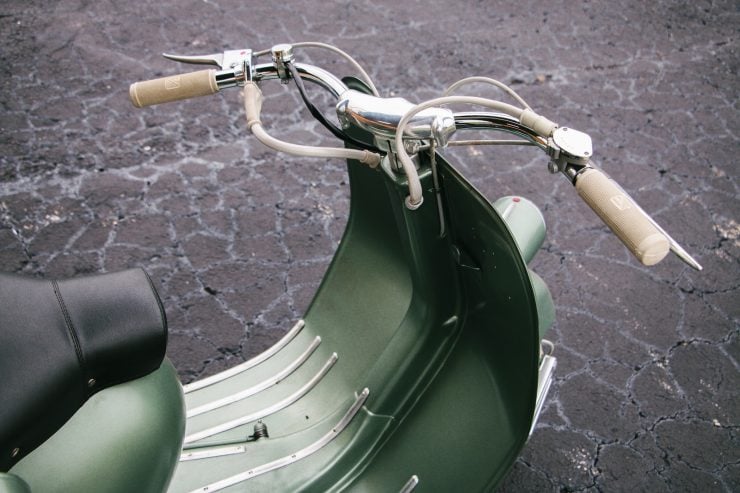 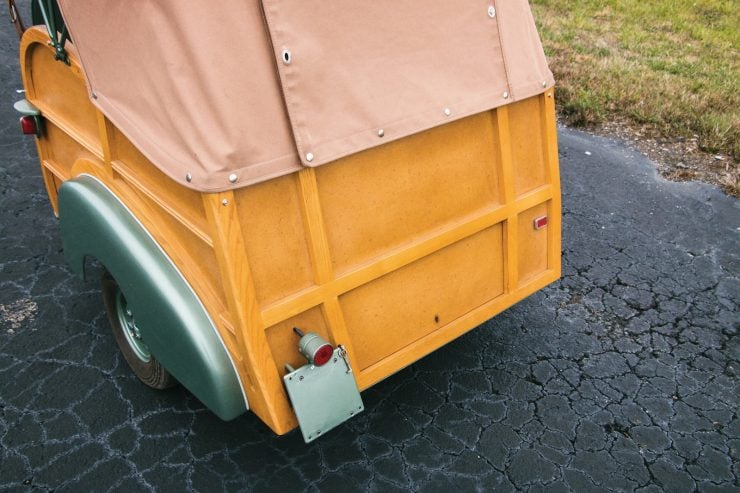 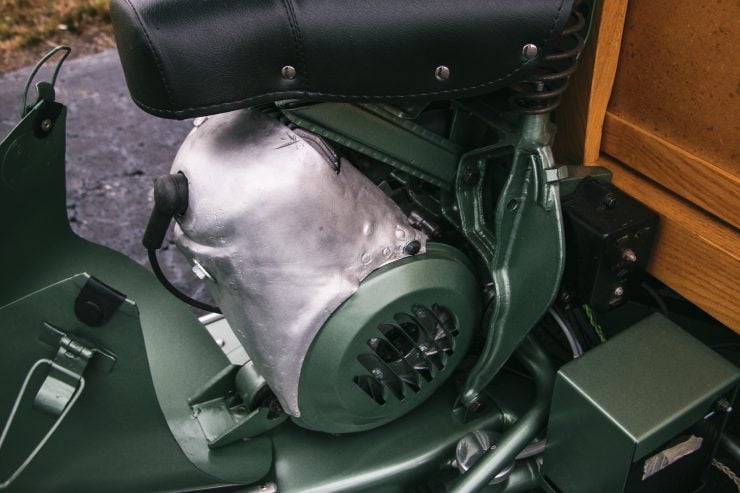 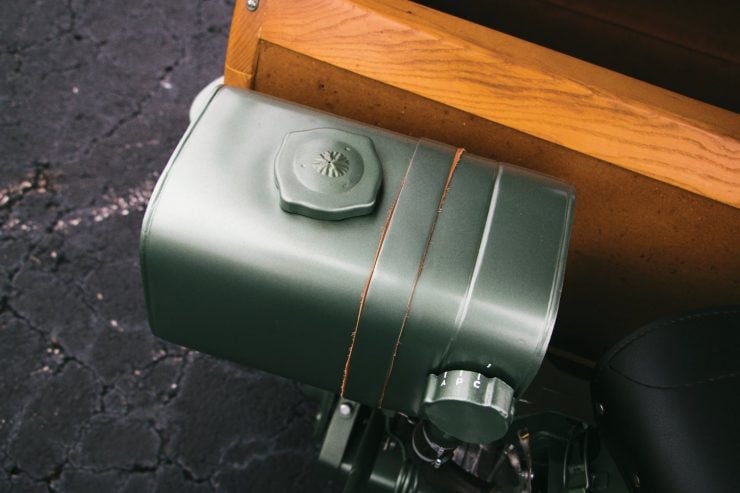 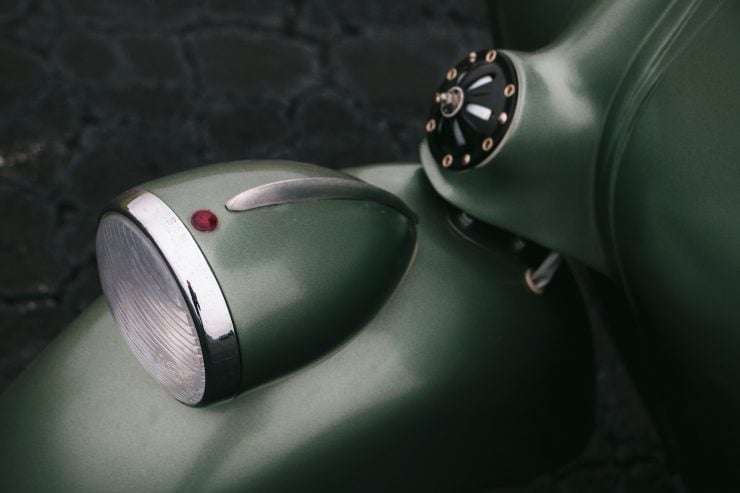 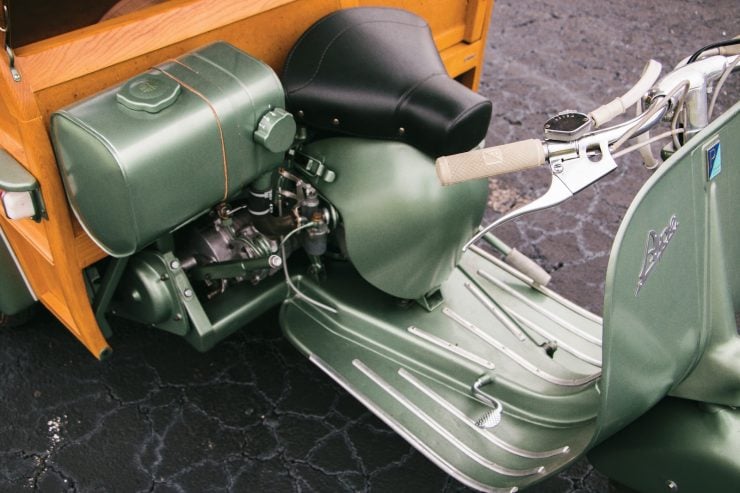 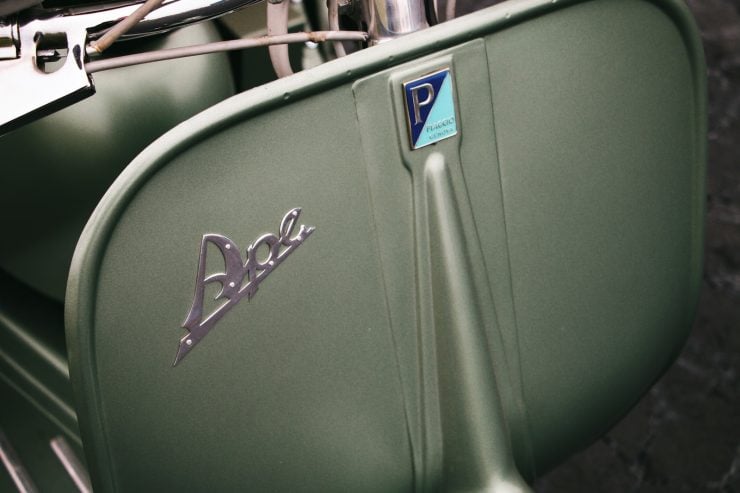 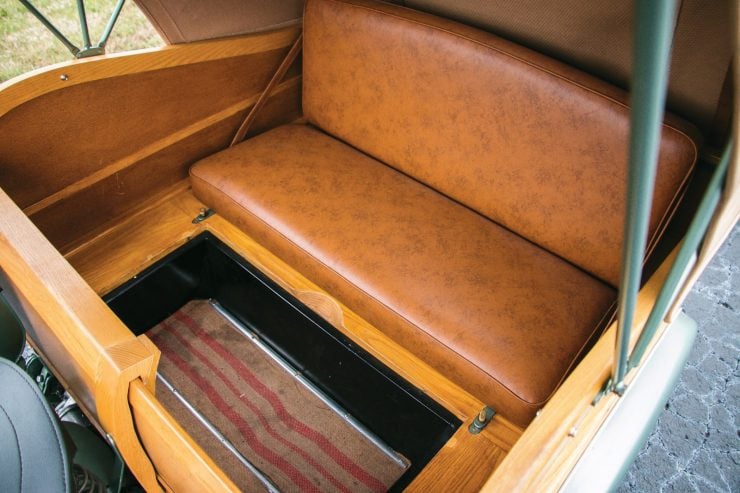 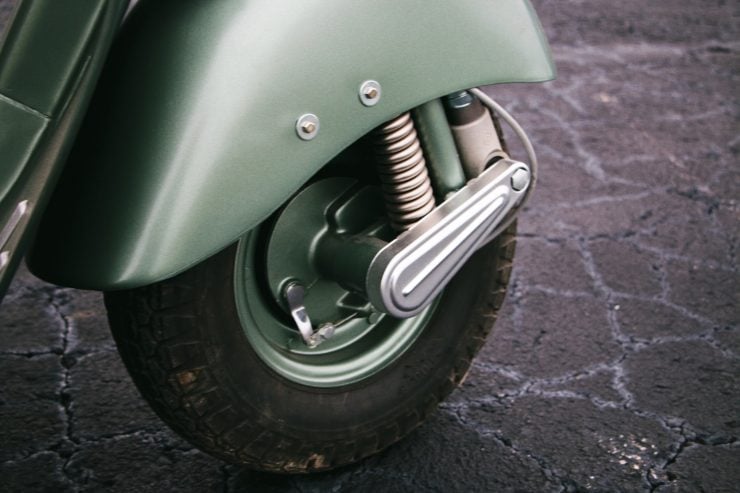 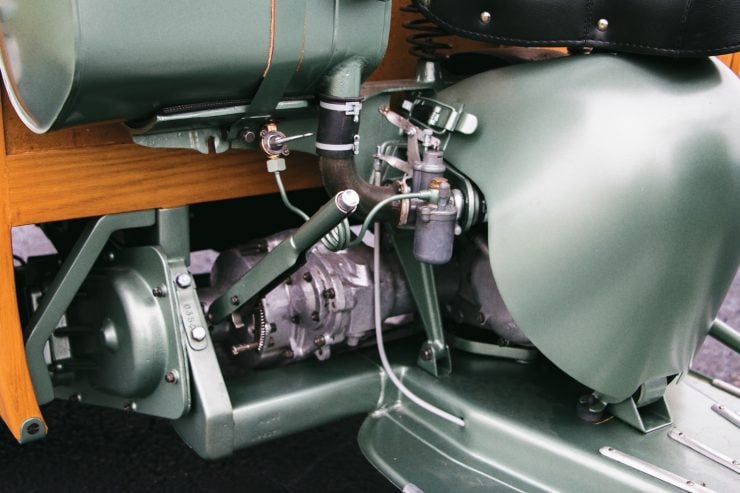 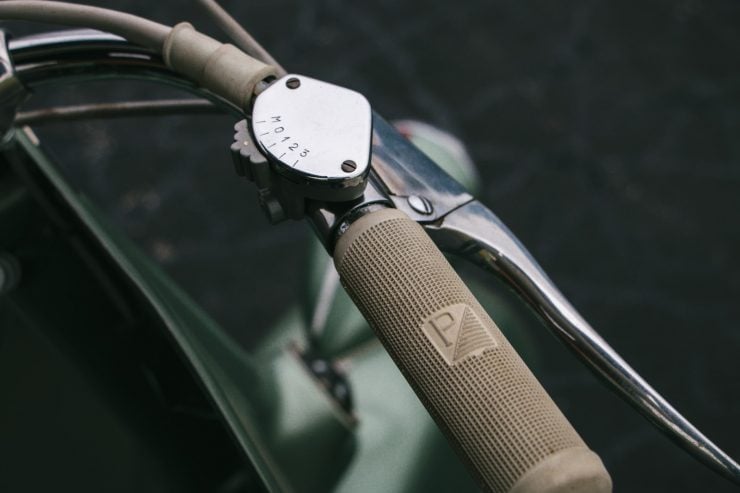 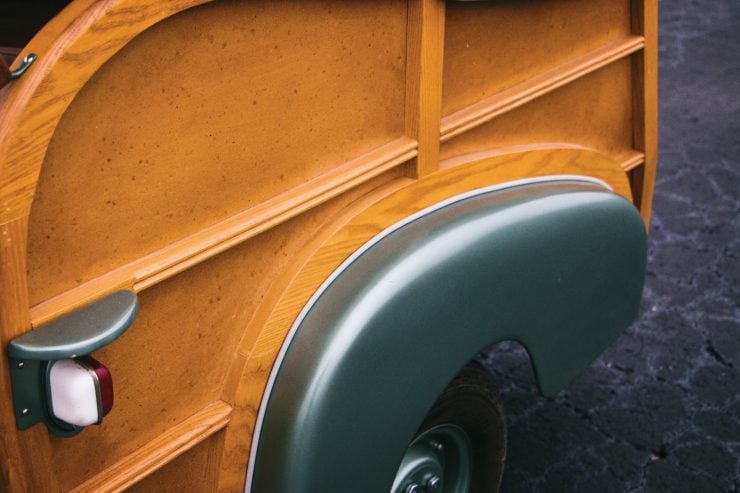 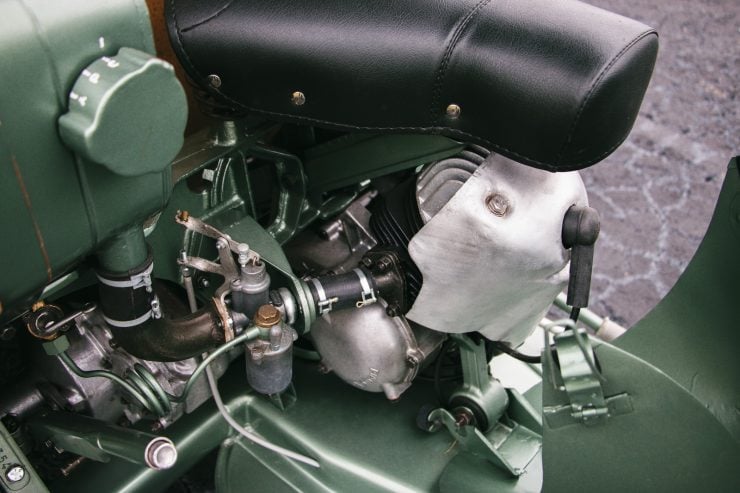 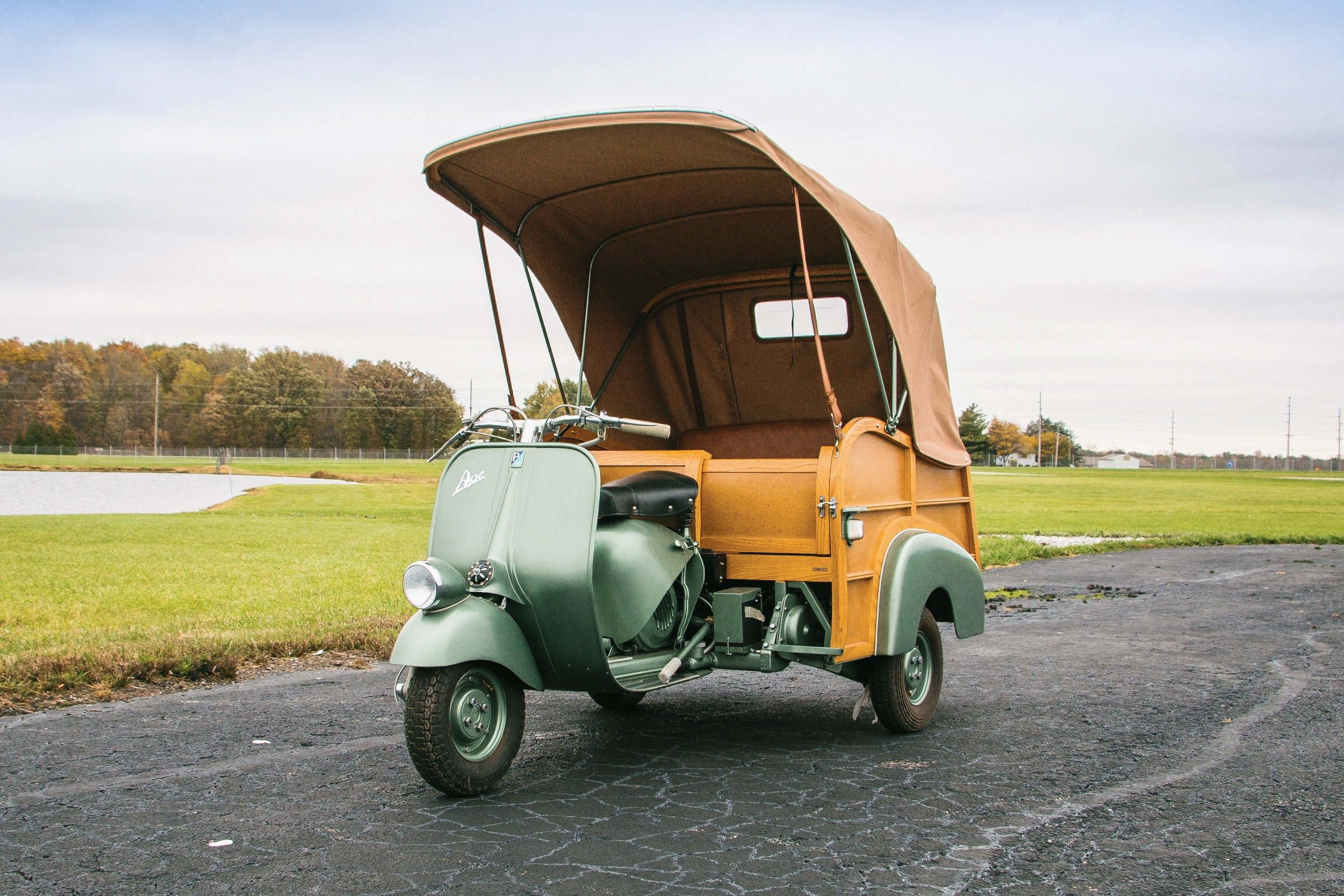