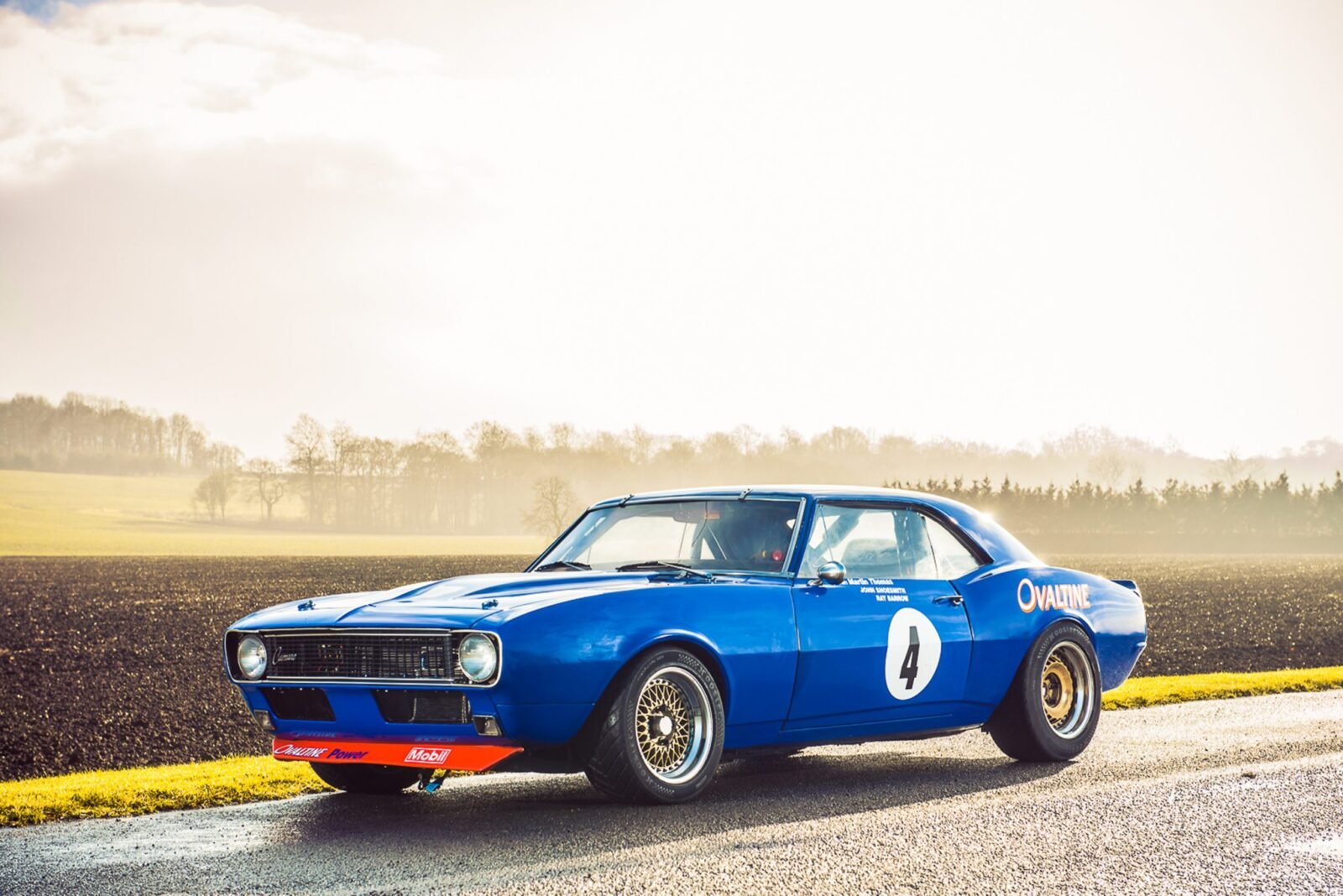 In 1971 there was a race the Crystal Palace circuit as part of the British Saloon Car Championship. Today it’s remembered as one of the toughest and most significant touring car races of the era – even being immortalised in the BBC’s “100 Greatest Sporting Moments”, and featured in the Top Gear “50th Anniversary of Touring Cars” with Richard Hammond and The Stig at the Wheel for a reunion at Crystal Palace in 2014.

The Crystal Palace race developed into a three-way, race-long battle between Mike Crabtree in a Ford Escort, Gerry Marshall in his Vauxhall Viva, and Martin Thomas in the Camaro you see here. As an added bonus, the commentary was done by none other than Murray Walker – a racing icon in his own right. The link to the race is available to watch below, and I’m not going to give away the ending here as many of you may not have seen it.

For the 1970 season of the British Saloon Car Championship the Bill Shaw Racing Team bought and prepared a 1968 Chevrolet Camaro Z/28. The Z/28 was originally developed by Vince Piggins to race in the 305 cubic inch limit of the SCCA Trans-Am series, so he took the 327 engine block, added a 283 crankshaft which gave it a total capacity of 302 cubic inches.

This solid-lifter V8 was pared with a 4-speed close-ratio Muncie “rock-crusher” gearbox, front disc brakes, heavy-duty front coil springs and multi-leaf rear springs, 15 inch wheels, an 11-inch clutch, and a hood with a functional air intake to feed cool air into the top mounted carburettor – either a single four-barrel or the optional dual-four barrel.

1968 would be the first year that the Z/28 was offered to the general public – it had previously only been available to racing teams. The team at Chevrolet’s Special Production Division wanted to create a road-going version of the high-performance model but they first had to convince Chevrolet’s General Manager Pete Estes. Somewhat eccentrically, Pete only drove convertibles. So the Special Production Division created a one-off Z/28 convertible for him to try. He loved it and rubber stamped production immediately – and in 1968 alone Chevrolet would sell over 7,000 of them. 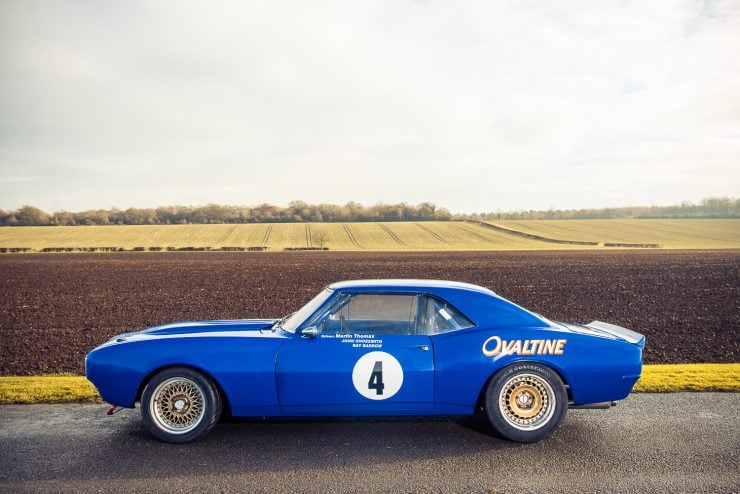 Bill Shaw’s decision to bring a Z/28 Camaro to England was likely based on the model’s strong showing in the SCCA Trans-Am series – although on his side of the pond it would be competing against the likes of the Mini Cooper S, the Ford Escort, and the Vauxhall Viva.

To prepare it for racing a full roll cage was fitted, as well as a fuel cell, and a deletion of all interior creature comforts. The driver’s seat remains on the left side, and there’s a solitary tachometer installed in front of the driver.

Bill Shaw Racing ran the Camaro in the 1970 season with former champion Roy Pierpoint at the wheel, Martin Thomas went on to campaign the car successfully for the 1971 to 1973 seasons, including the legendary appearance at Crystal Palace in ’71.

After its retirement from racing at the end of the 1973 season, however Martin kept the car, and in the early 1990s he decided to rebuild it. He would keep the car until 2004 when it was sold on to the current owner who used it to compete in the Heritage Grand Touring Cars series, as well as Classic Sports Car Club events, and a number of demonstrations including the two BBC appearances mentioned above.

It’s now being offered for auction via Silverstone Auctions at their upcoming Race Retro Competition Car Sale due to be held on the 24th of February in Coventry, England. If you’d like to read more about the car or register to bid you can click here to visit the official listing or click here to view the race. 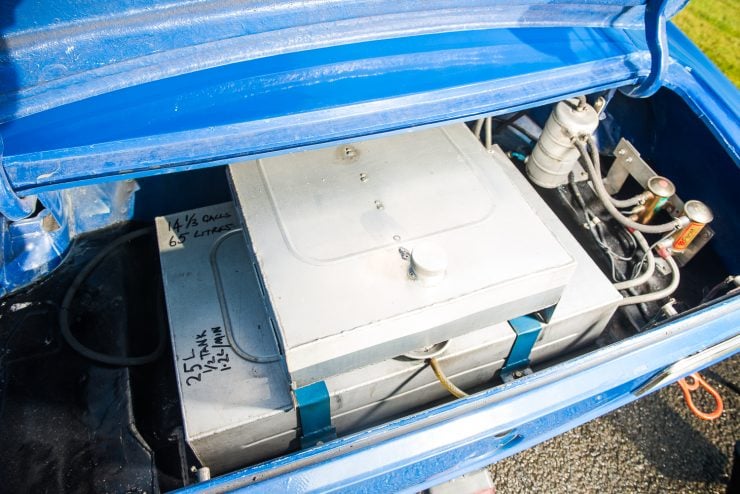 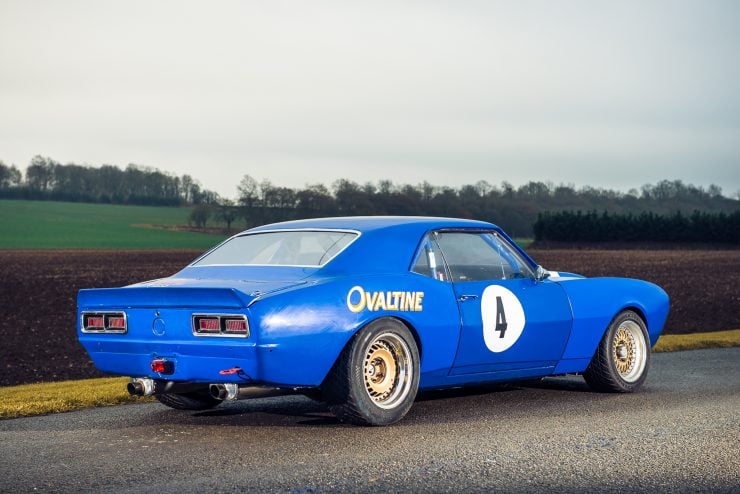 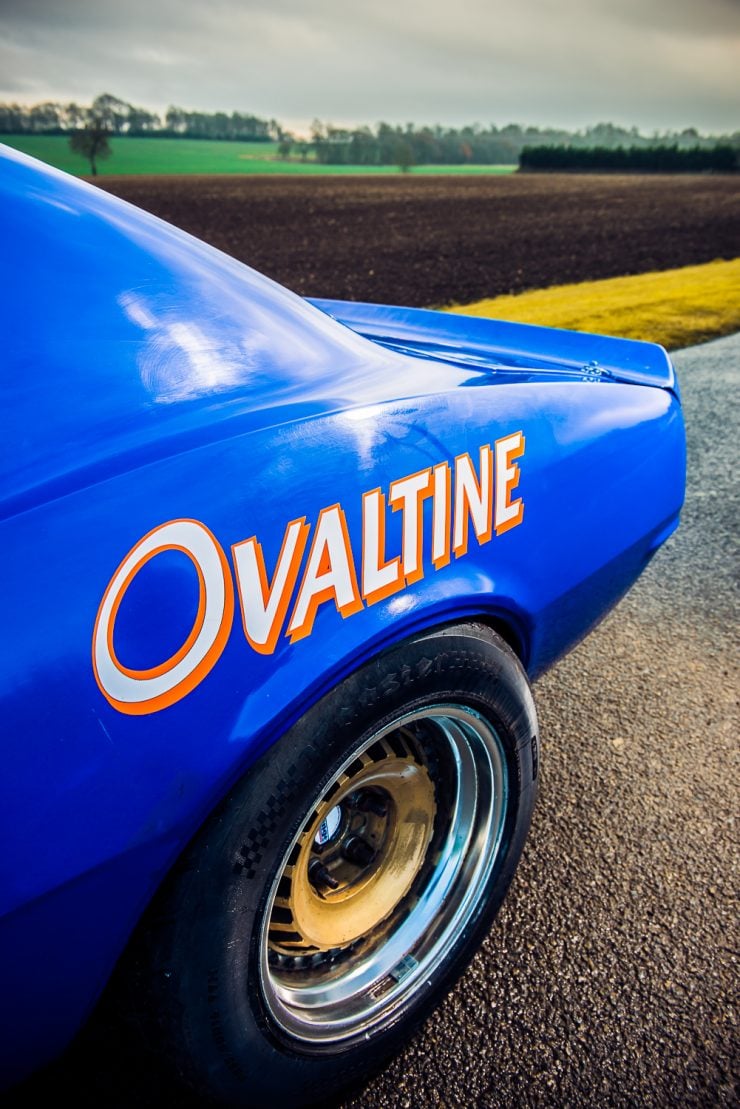 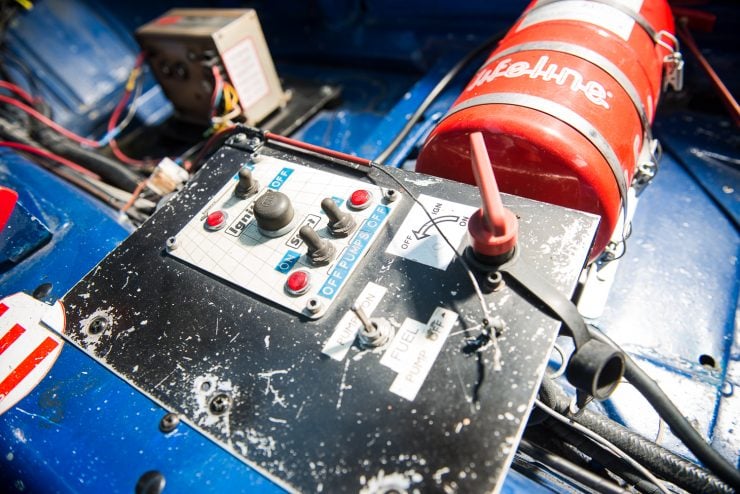 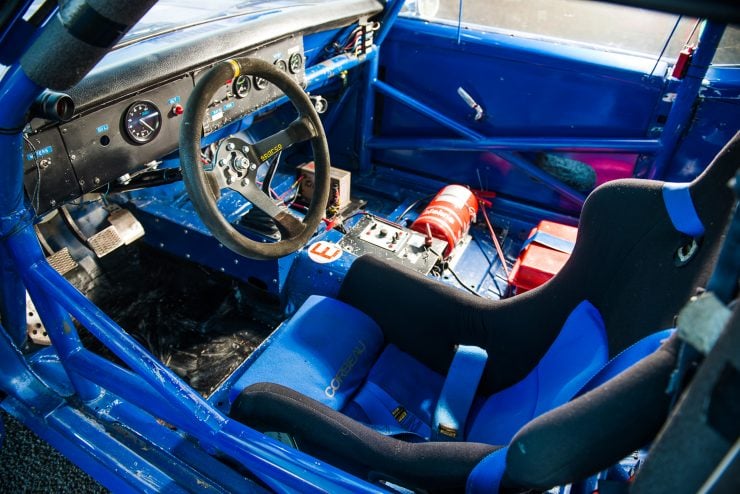 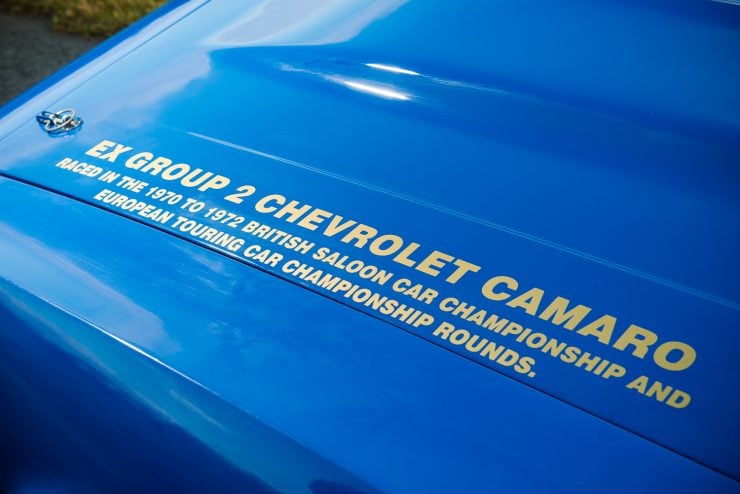 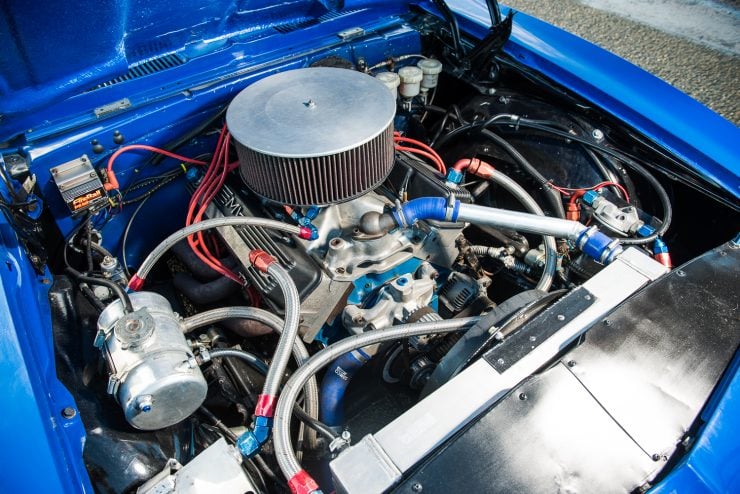 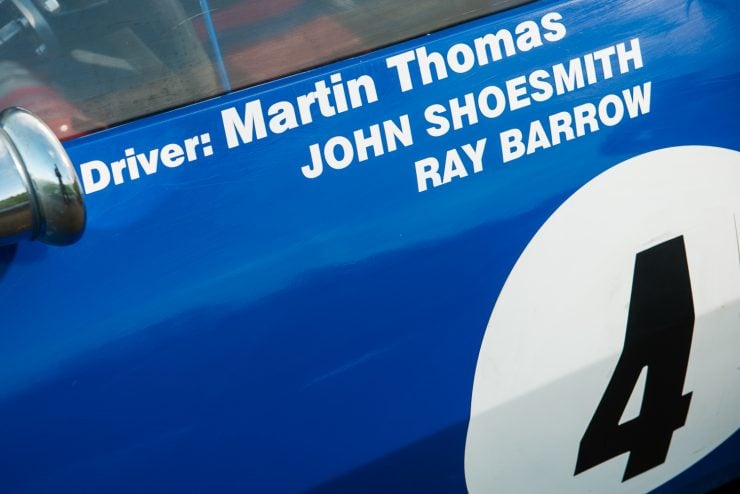 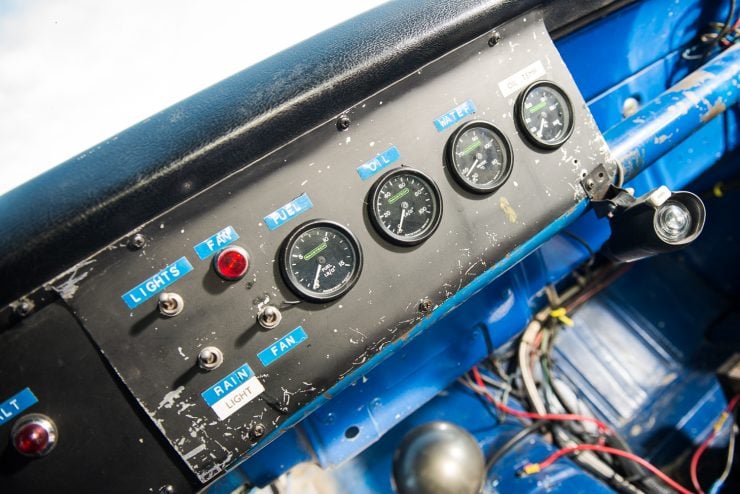 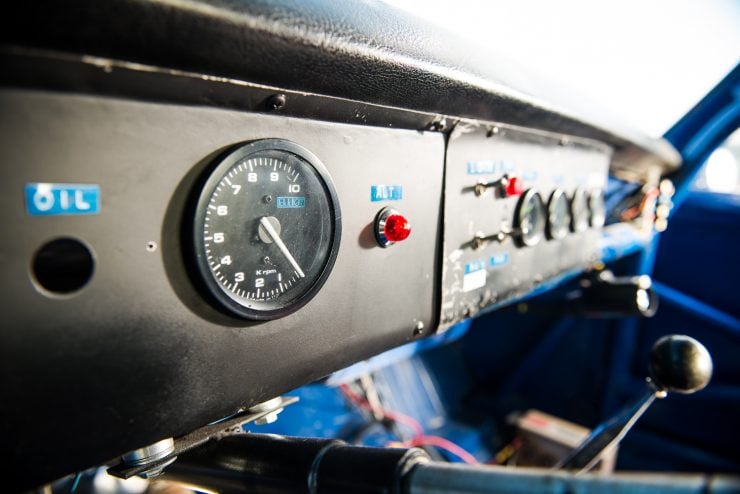 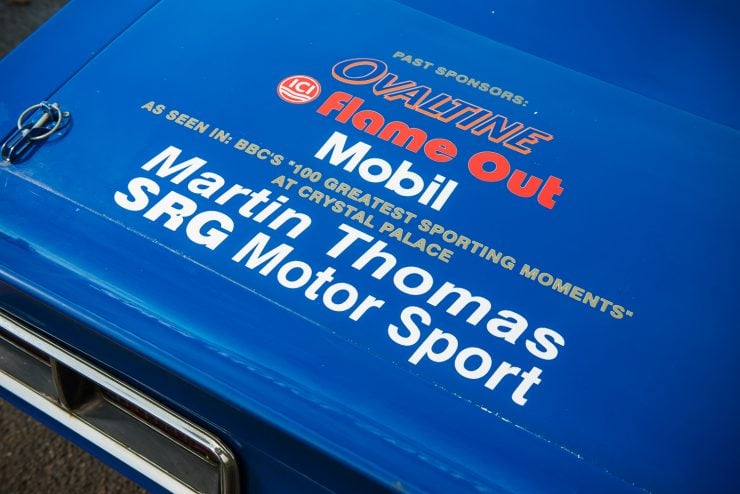 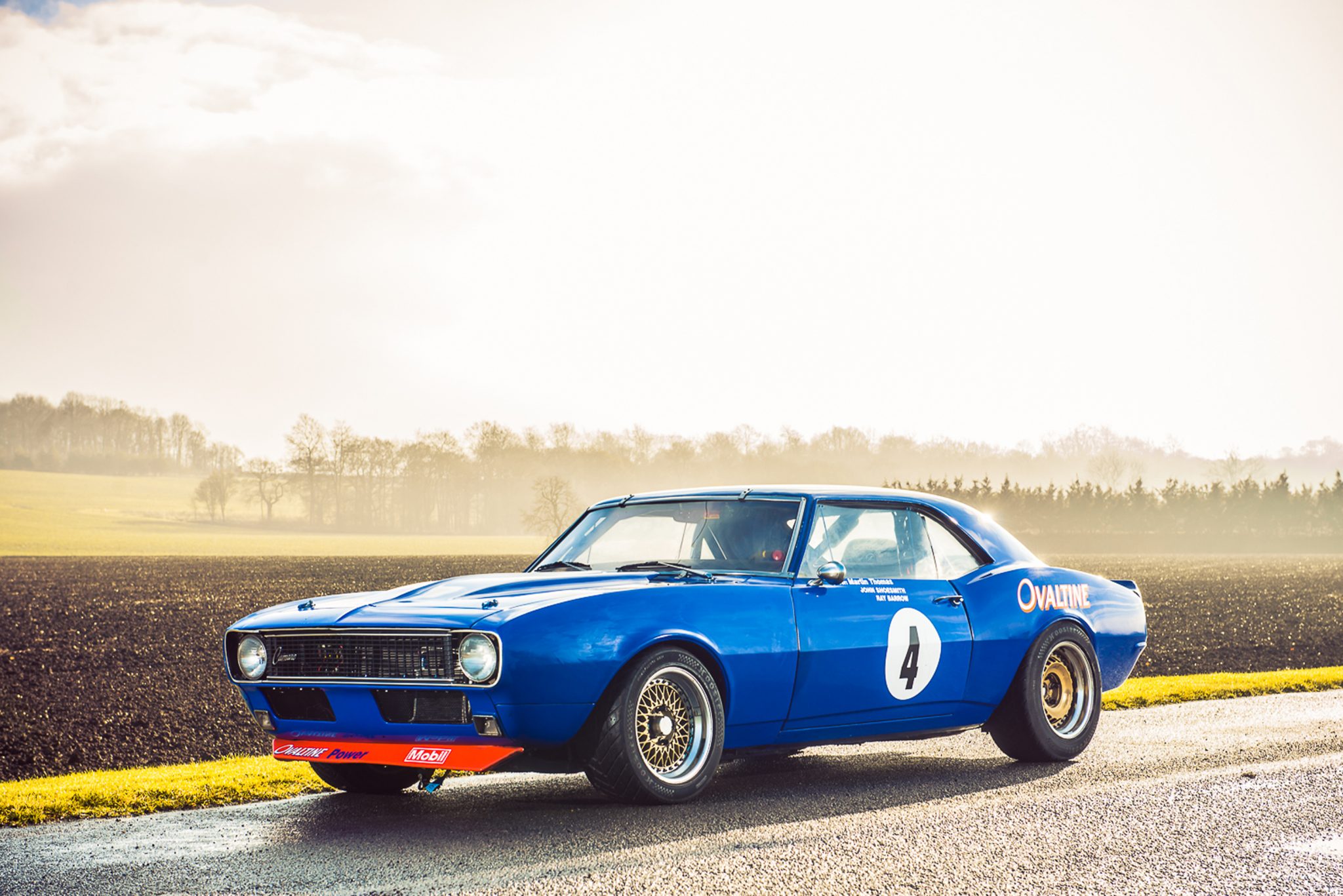