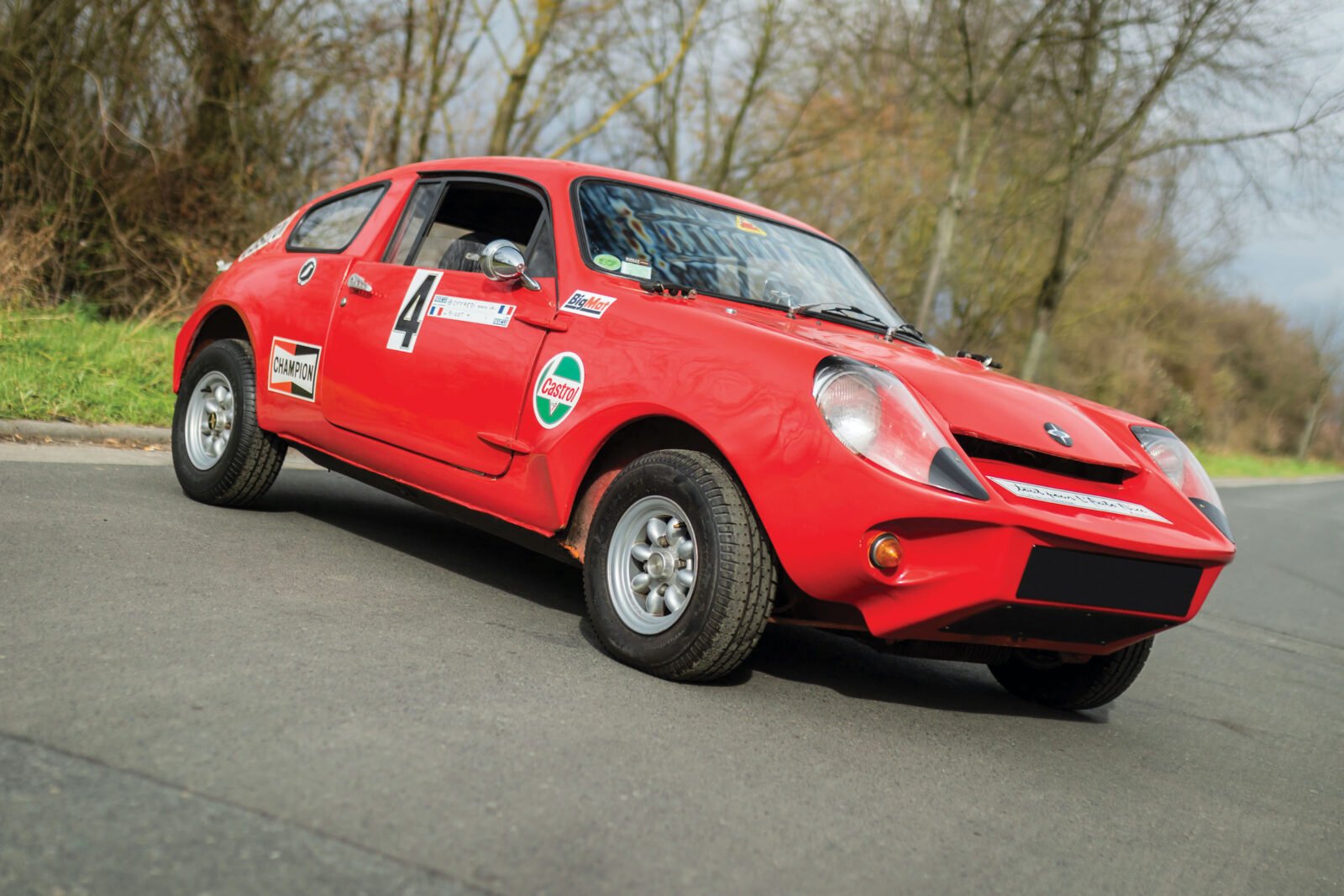 The Mini Marcos was a sports car based on the Mini running gear and drivetrain, but with a unique fibreglass body that was designed to be both more aerodynamic and lighter than the original steel-bodied Mini.

The origin story of the Mini Marcos is a fascinating tale that includes a Royal Airforce test pilot named nicknamed Dizzy, a long wheelbase Morris Mini Van with a crushed roof, and a custom steel body. This car was built in 1964 and called the Mini DART, this stood for Dizzy Addicott Racing Team, and it proved both successful and highly influential.

Dizzy’s background as a pilot meant he had a good background in aerodynamics so he gave his new car a Kammback design, with a far more aerodynamic nose, and a cropped roof to reduce the frontal area. Although only one example of the Mini DART was built it would start a family tree that would extend over 50 years into the future. 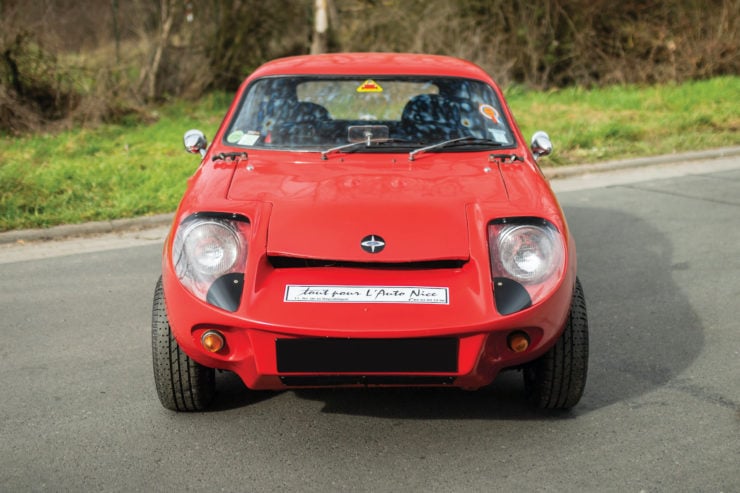 Two cars were built in the years after the DART that were directly related to it, the most famous was the Mini Marcos, and the other was the Mini Jem. Both cars are somewhat similar but they are unique and there are a slew of differences that marque experts will recognise immediately. For our purposes today we’ll only be talking about the Mini Marcos, but you can read more about the Mini Jem here if you’re interested.

The Mini Marcos was released in six major iterations, namely the Mark I, Mark II, Mark III, Mark IV, Mark V, and Mark VI. Over the generations the car became more evolved, including sliding windows followed by winding windows, a hatchback, and body changes to make the car more practical.

All model iterations used a fibreglass monocoque body with running gear and subframes from a Mini, a wide range of Mini engines could be used from 850cc right the way up to the 1.3+ litre custom racing engines. The lower body weight and better aerodynamics made the car notably faster than a comparably-powered Mini, and the 15 inch addition to wheelbase length made the car more stable at speed. 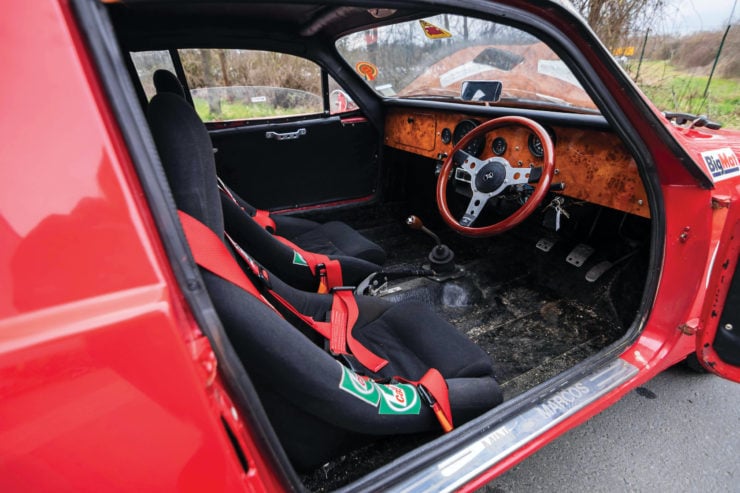 Impressively the Mini Marcos was the only British car to finish the 1966 24 Hours of Le Mans, with French drivers Jean-Louis Marnat and Claude Ballot-Léna taking turns behind the wheel. The plucky little Marcos finished in 15th place overall, rubbing shoulders with Ford GT40s driven by the likes of Bruce McLaren, Chris Amon, Ken Miles, and Denny Hulme. Other competitors were driving cars including the Porsche 906/6, the Ferrari 275 GTB Competizione, the Alpine A210, and the Porsche 911S.

The Mini Marcos you see here is a 1969 Mark IV model, it’s fitted with a 998 cc 4-cylinder Mini engine fed by a single SU carburettor and fitted with a custom set of exhaust headers. This vehicle was set up for competition in the south of France and it would make an excellent candidate for competing in under 1,000cc vintage racing classes where it would doubtless be a fearsome competitor thanks to its low weight and excellent handling. 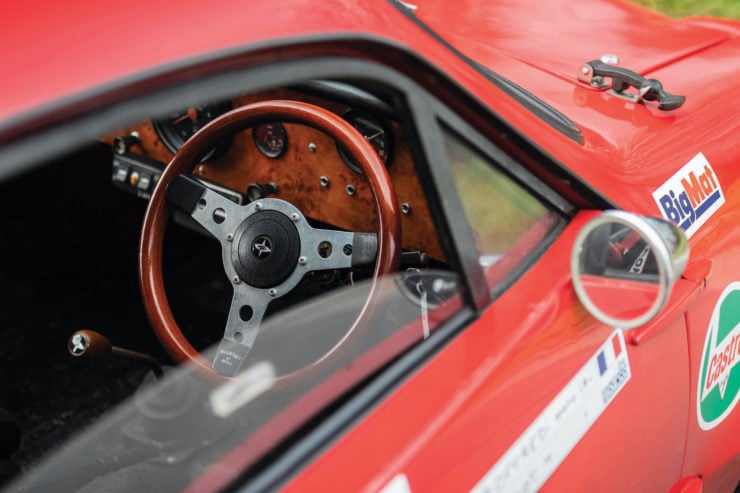 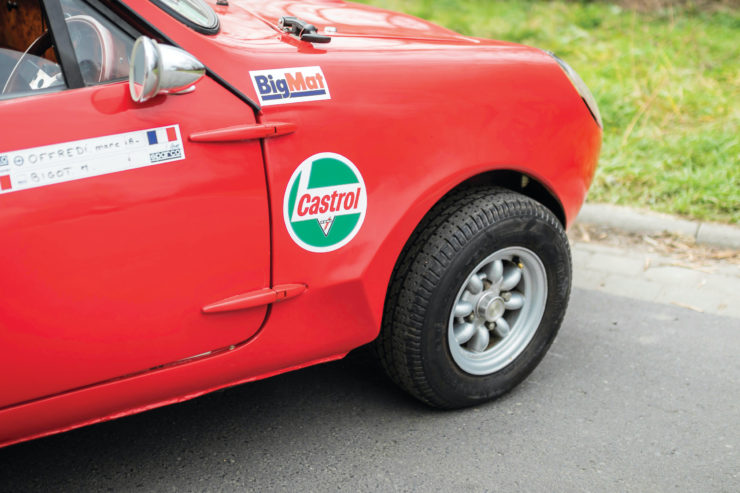 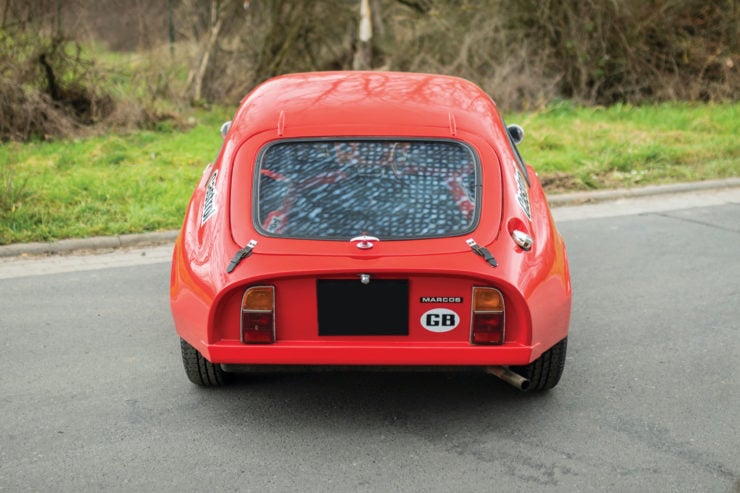 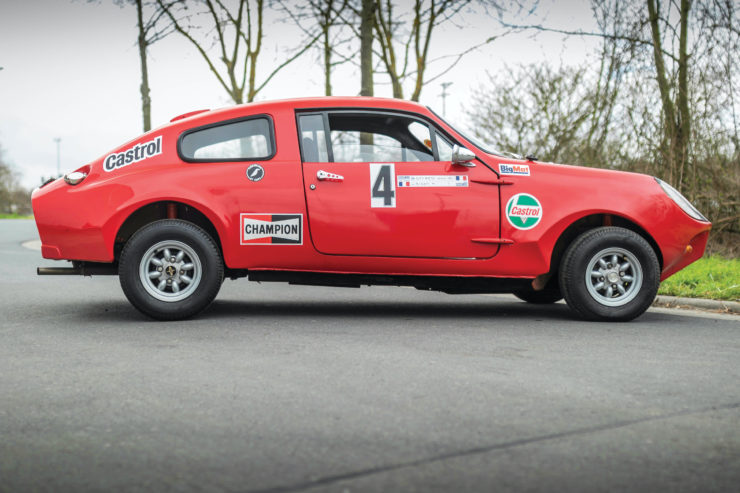 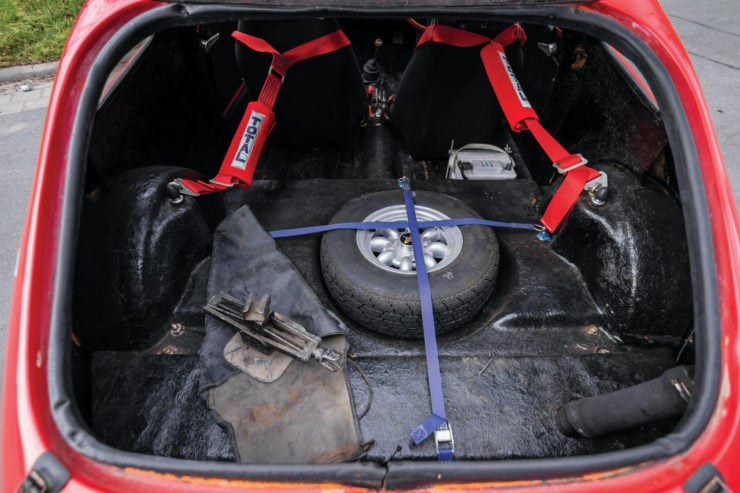 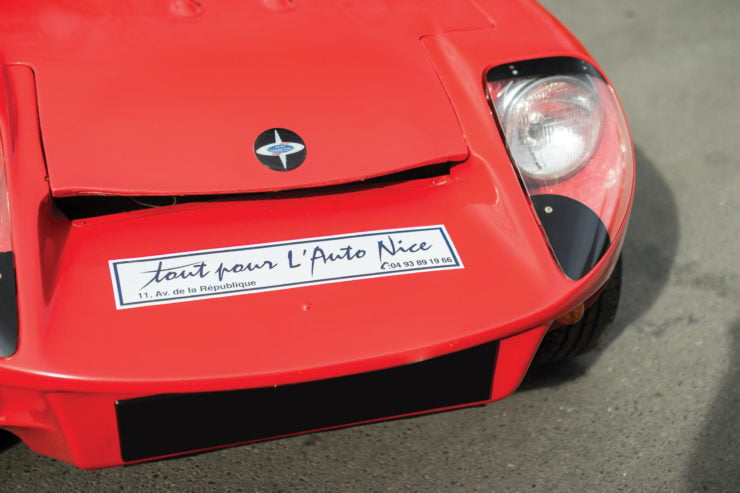 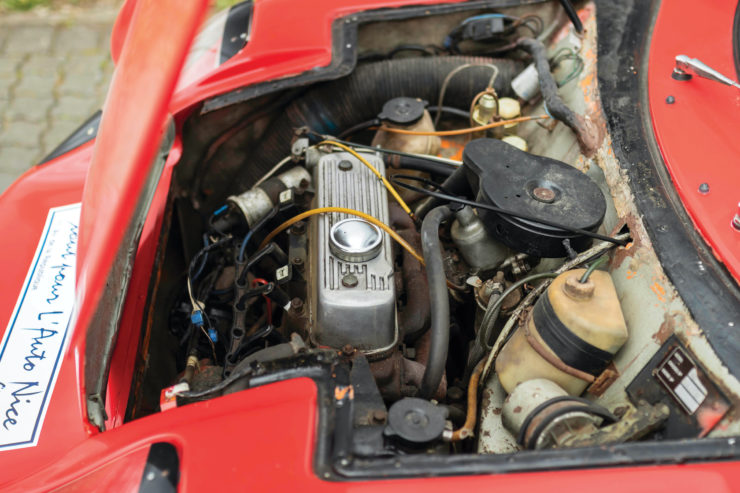 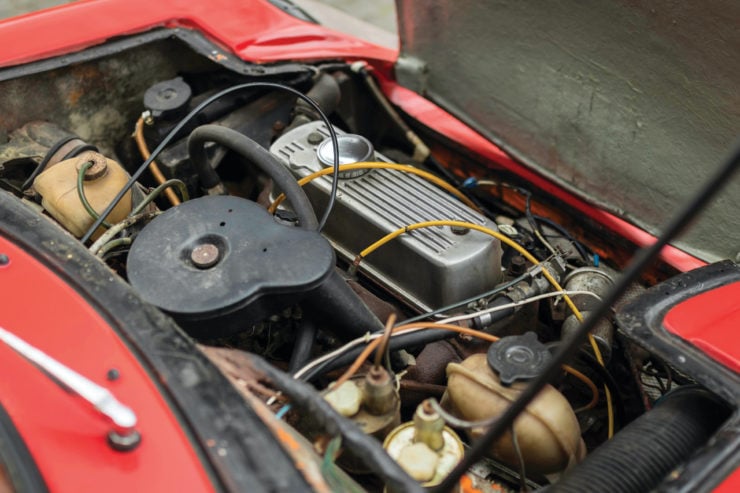 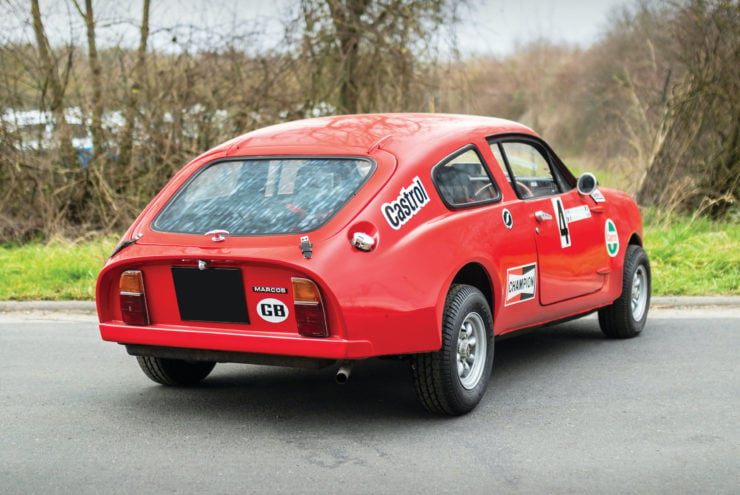 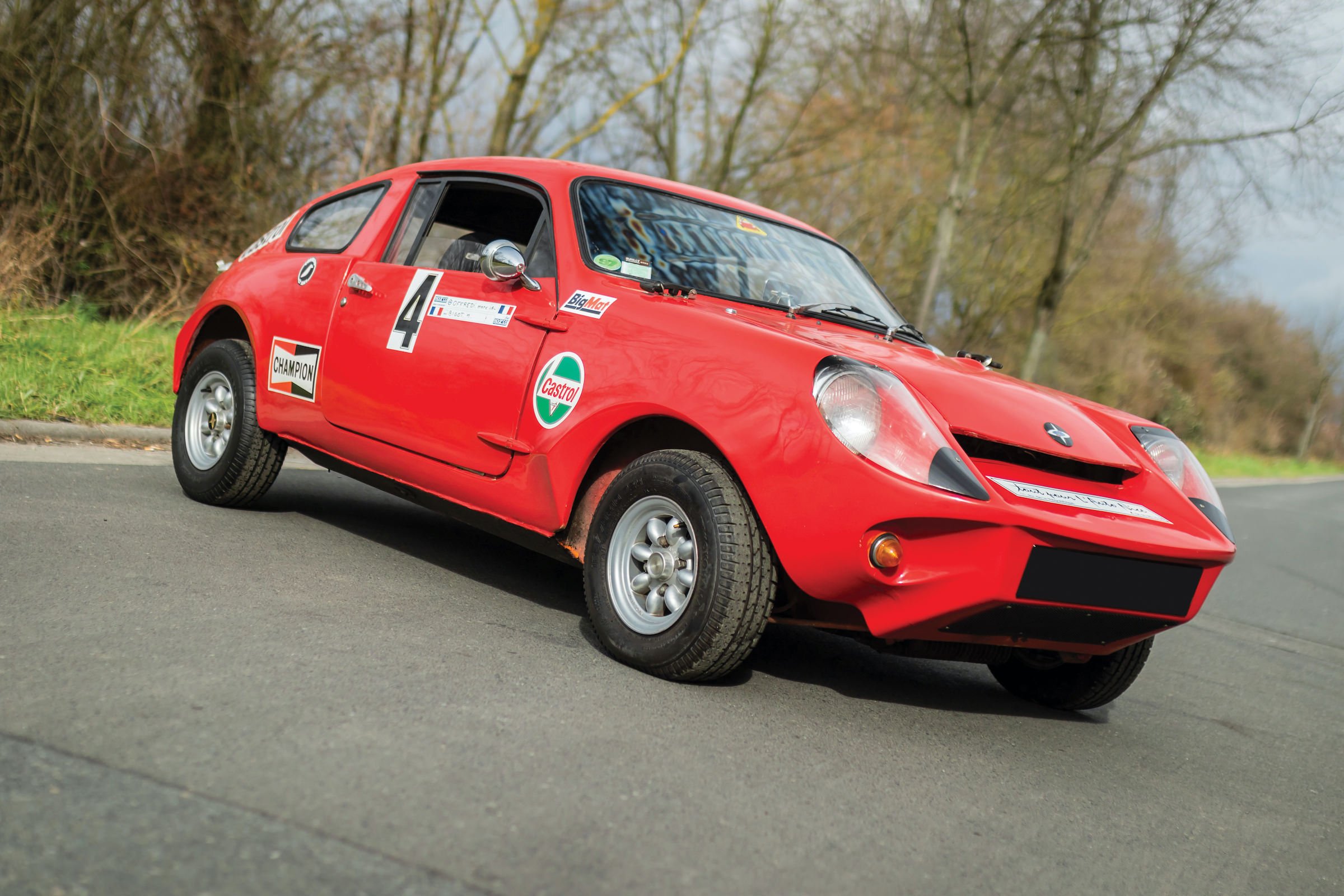