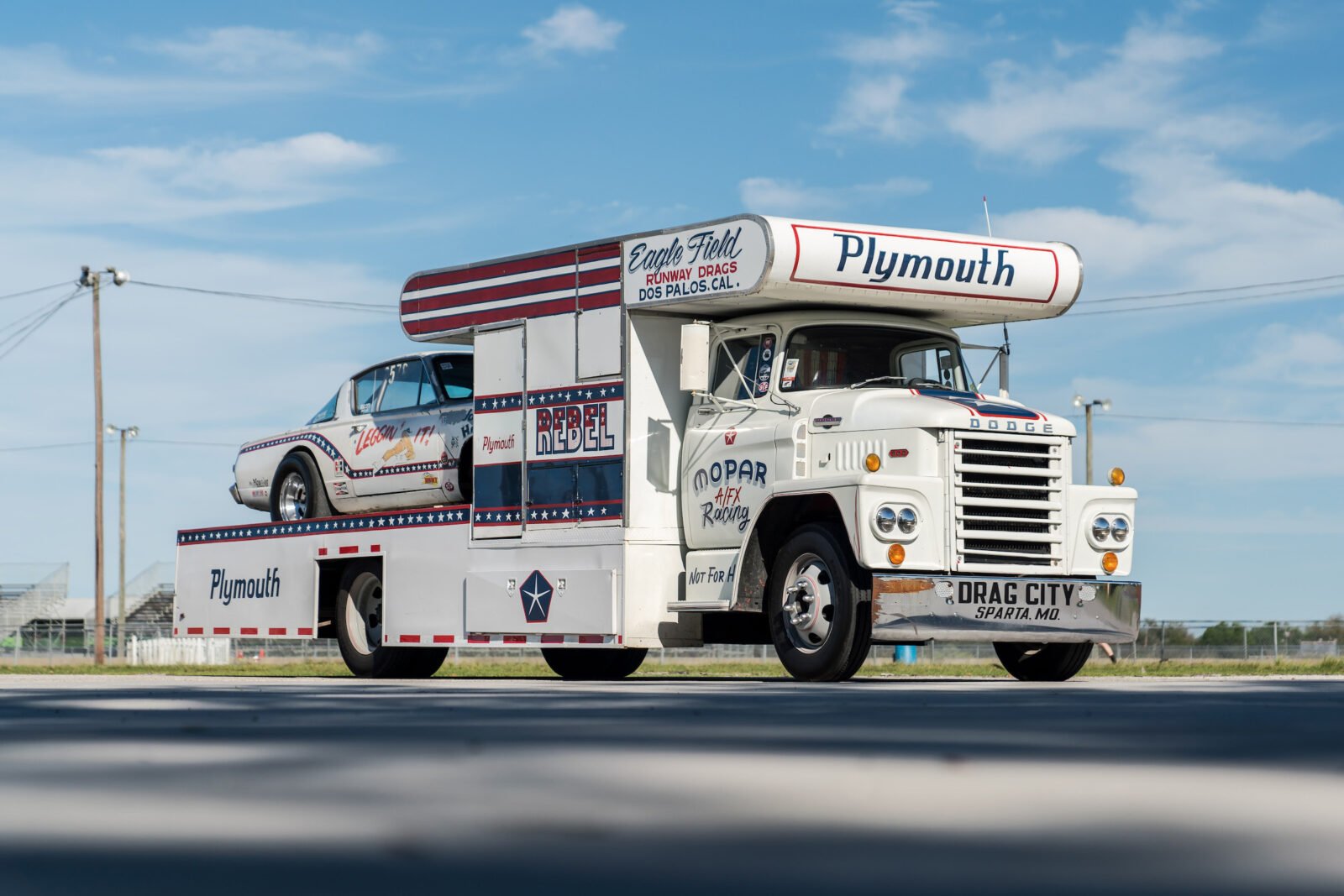 This is quite possibly the best vintage weekend drag racing rig for sale anywhere in the world at the moment, it’s a combination of 1966 Plymouth Barracuda drag car on the back of a 1965 Dodge C-500 hauler. Far from being a modern conversion, these vehicles were both used in their respective roles in period, and the Barracuda has verified vintage racing history.

The mid-1960s were a time of intense competition in the pony car market segment created by the arrival of the Ford Mustang in 1964.

The Plymouth Barracuda was developed specifically to compete with Ford rumoured new sports car (the Mustang) and the Corvair, and win some of their sales. Although money at Plymouth was tight they scraped together enough of a budget and built the Barracuda using the Valiant’s Chrysler’s A-body platform. 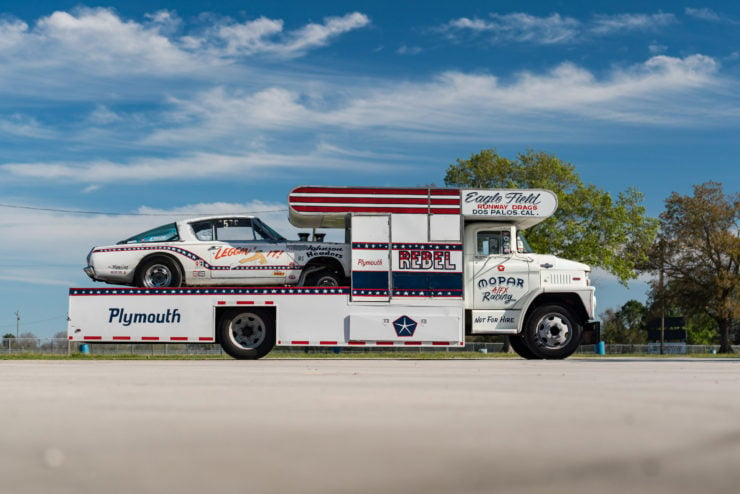 Company executives were planning on calling the new car the “Panda” but met with significant internal resistance, particularly from the designers, and the name “Barracuda” won out in the end. Thankfully. The first generation Barracuda was built from 1964 till 1966, the car did sell in respectable numbers though never anything close to the numbers of the Mustang.

The ’66 Barracuda drag car you see here was a period competitor, decades after its heyday it was found in the grass with no engine and no small amount of patina. Fortunately it was rescued and carefully rebuilt to preserve its hard-earned patina, it’s now fitted with a 383 cu. in. (6.3 litre) “B” big-block Chrysler B-engine, rated with a maximum power output (in production trim) of 330 hp and 460 ft lbs of torque.

Power is sent to the live axle rear end via a 727 3-speed automatic transmission (TorqueFlite 8) that was popular due to its ability to handle high horsepower (and torque) engines, and due to its cast aluminum casing that reduces weight by 60 lbs (27 kgs). 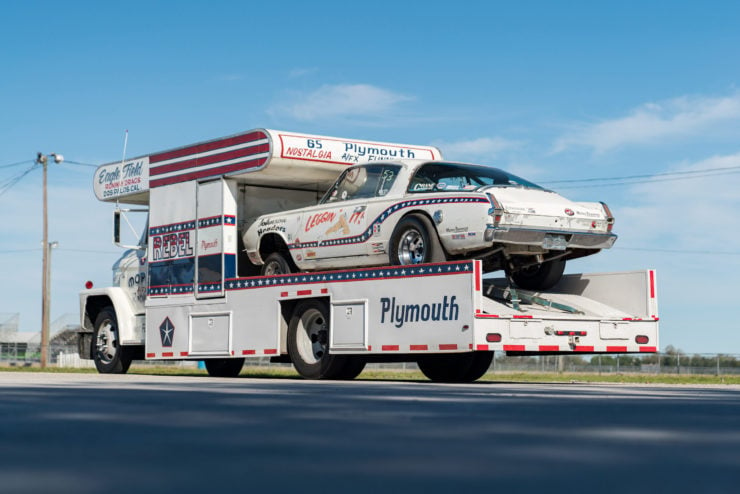 The interior of the car is as spartan as you’d expect from a racing car, there are just two pedals and a steering wheel alongside the Hurst shifters, there’s a single seat and a roll cage, and that’s just about it. It has a one-piece front end and it’s fitted with bespoke suspension front and back, with period correct alloy wheels, open headers, large velocity stacks that extend above the hood, and rear tires capable of wrinkling the Earth’s crust.

The car is reportedly a strong runner, it just needs a new owner to take it out and stretch its legs.

The Dodge C-500 hauler is from 1965, it’s been heavily modified for its occupation to include storage for tools and equipment, not to mention plenty of space for stars, stripes, branding, and a sleeper cab. 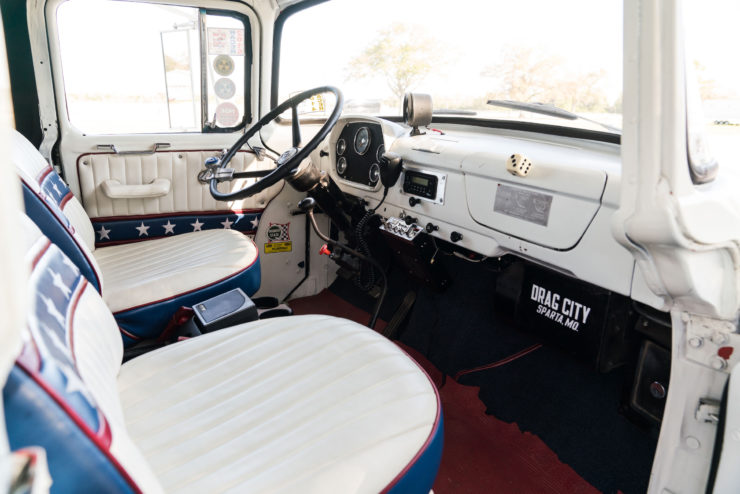 The particular truck is fitted with a 383 cu. in. (5.21 litre) Chrysler A engine, a small-block V8 gasoline engine with polyspherical combustion chambers. It’s sometimes called the “318 Poly”, and the highest-output version was capable of 290 bhp.

The C-series trucks were known for their unusual front ends that could open up for maintenance, the hood swings up and each fender swings out in front of the grill – making life far easier for mechanics.

Both the hauler and the drag car are due to cross the auction block with RM Sotheby’s later this month, if you’d like to read more about it or register to bid you can click here to visit the listing. 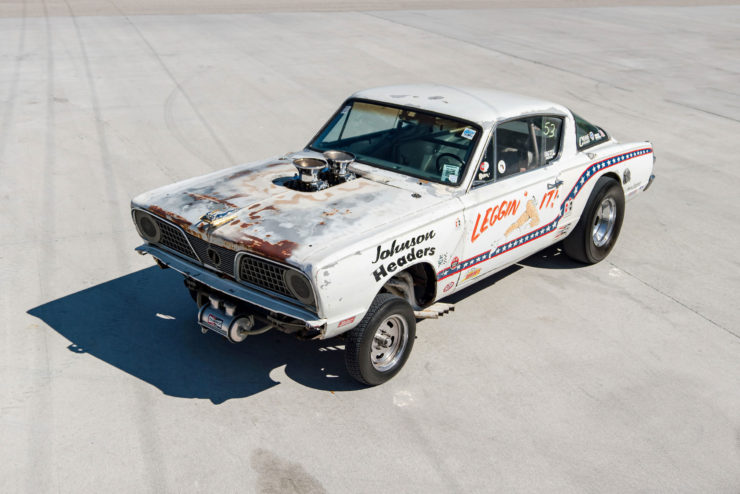 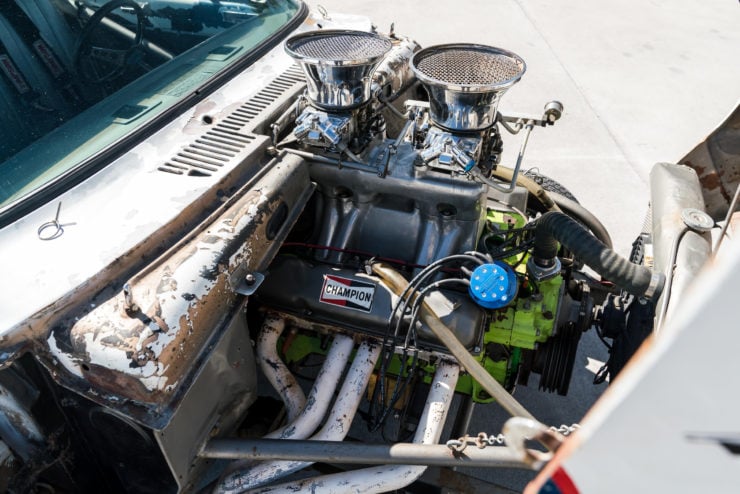 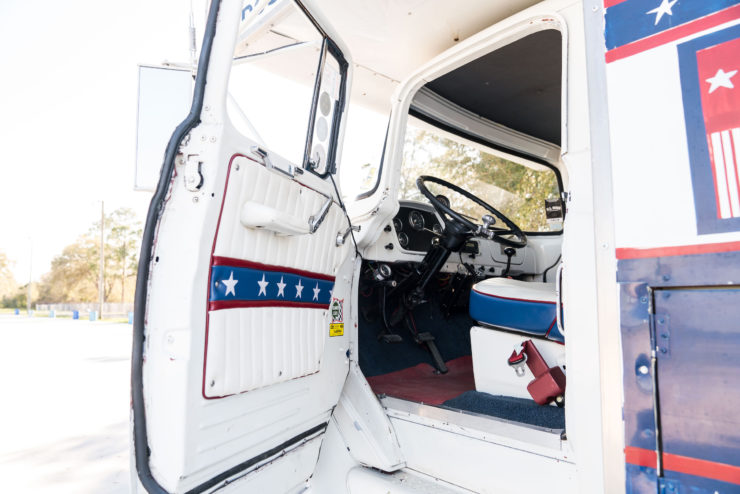 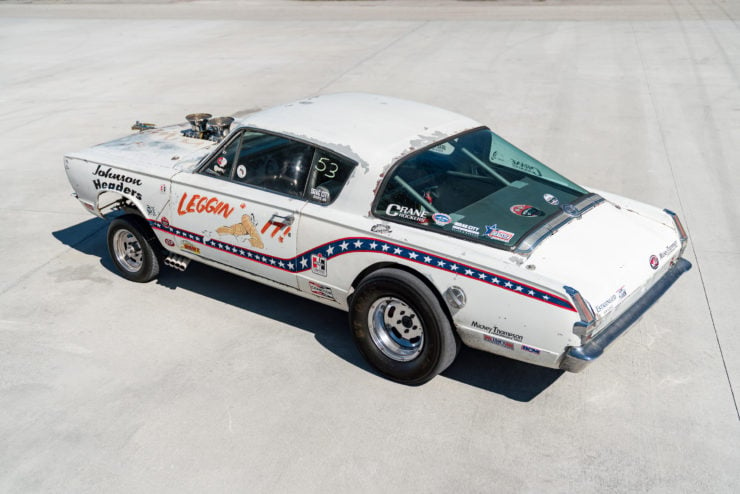 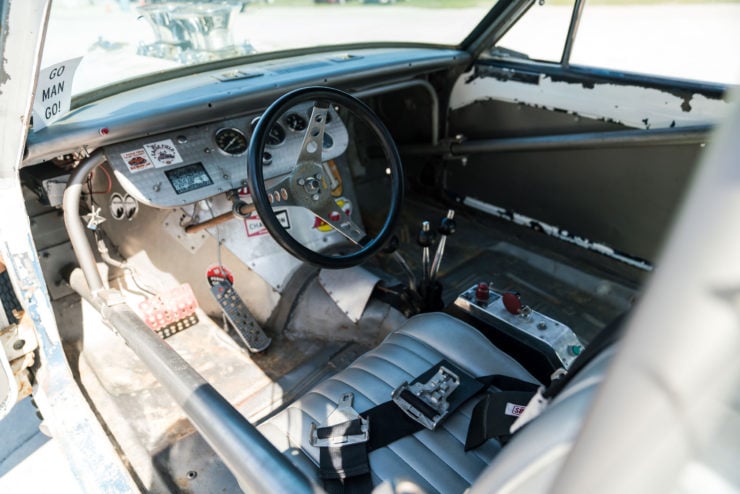 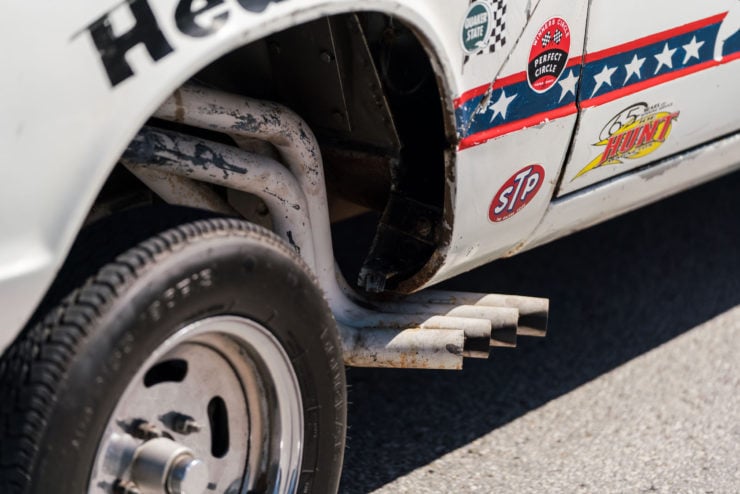 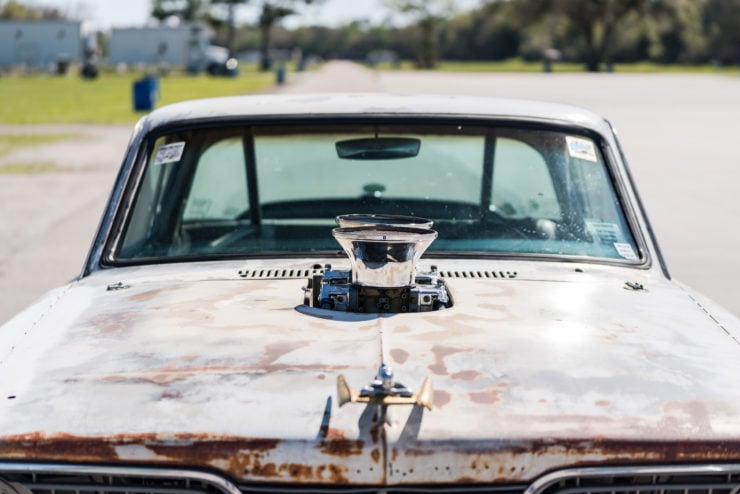 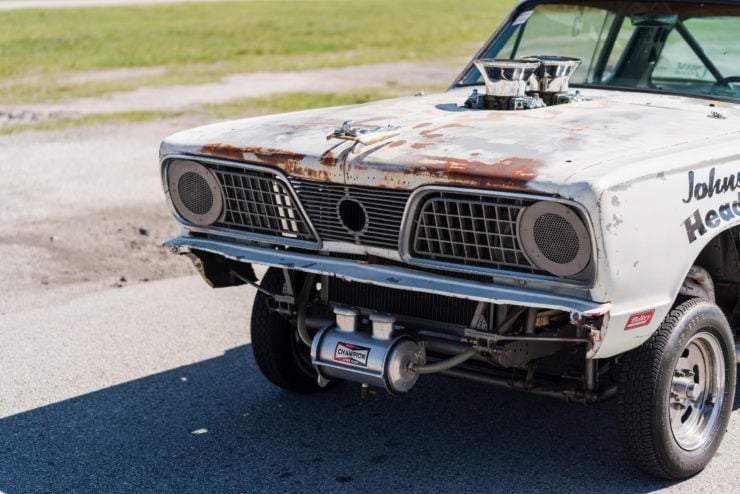 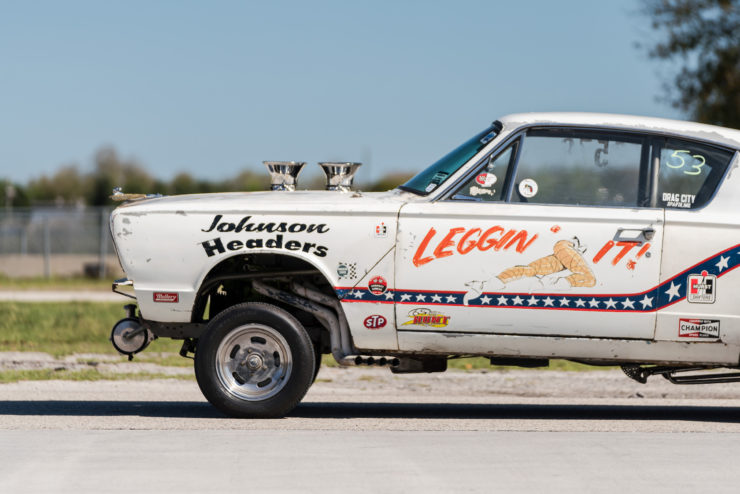 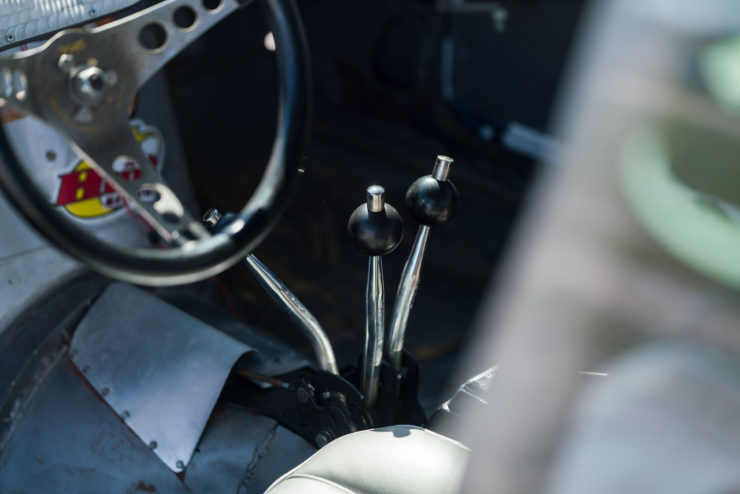 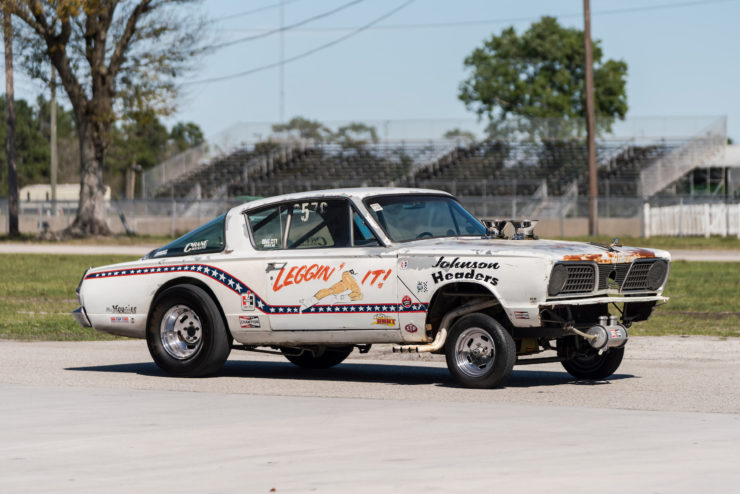 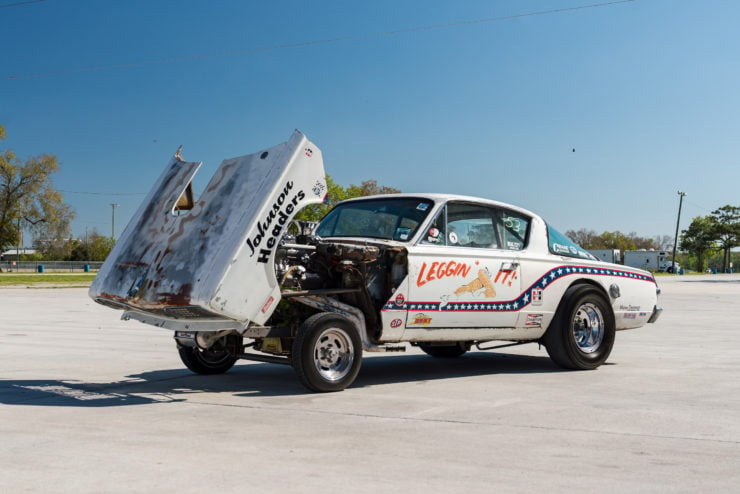 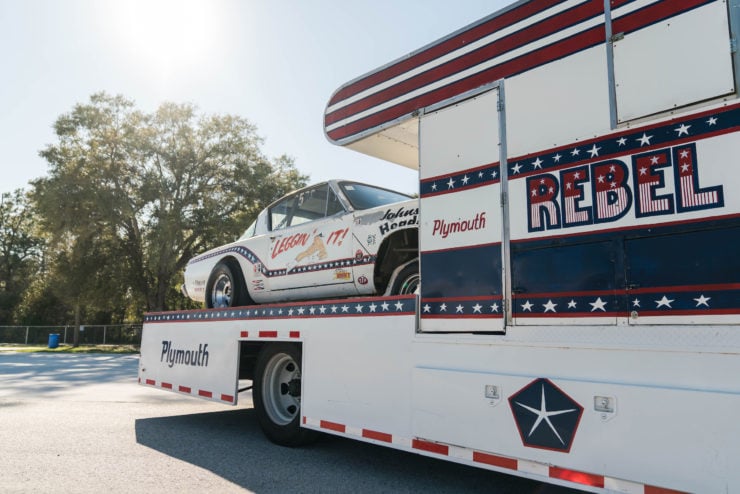 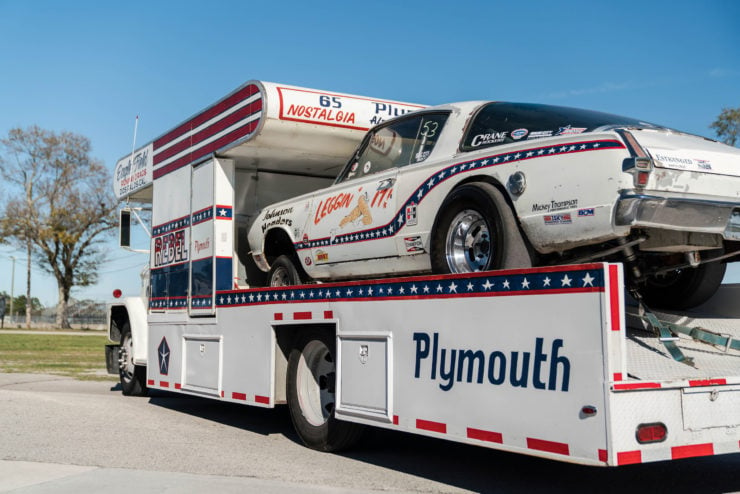 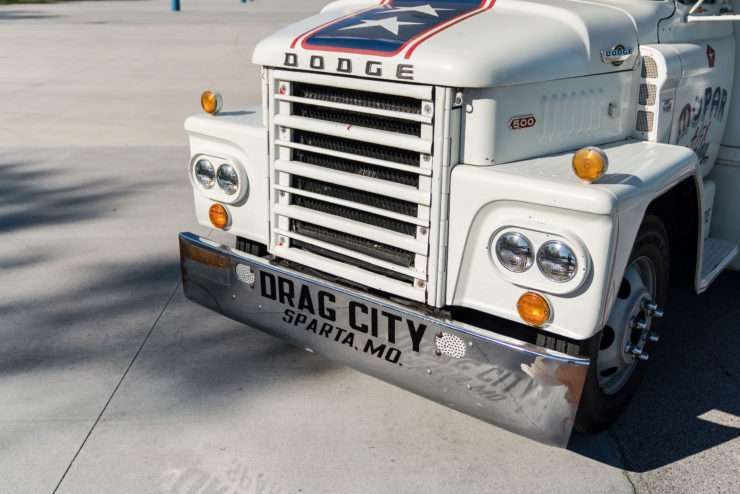 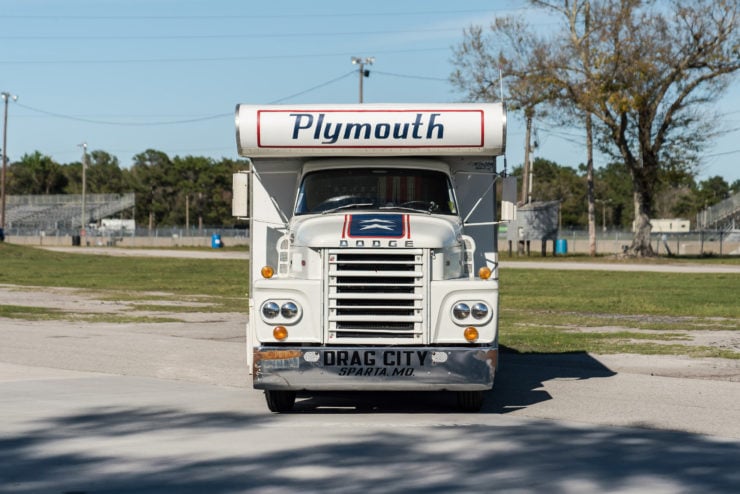 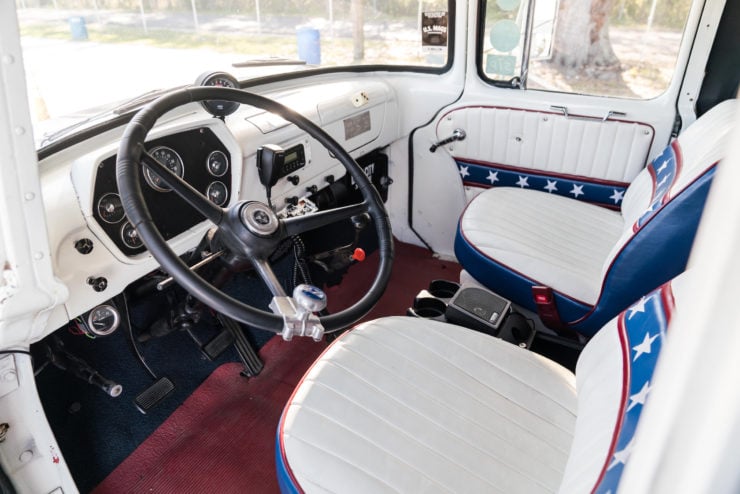 This 1981 Toyota DLX Pickup has been immaculately restored with careful attention to small details, like the correct silver and silver-gray sport stripes and even the signature DLX patterned cloth with vinyl upholstery. In recent…