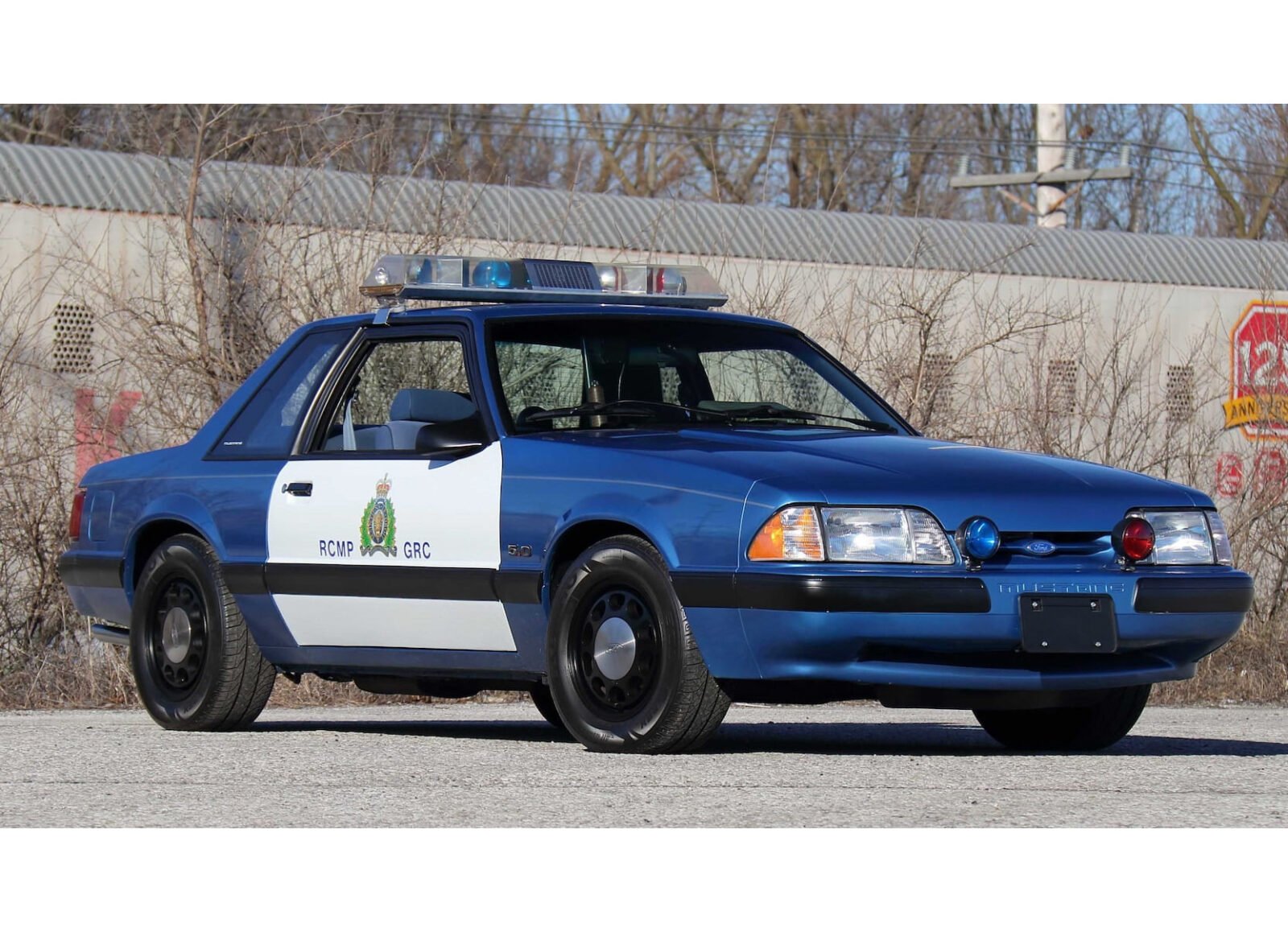 This is 1 of just 32 original Royal Canadian Mounted Police Ford Mustang SSP patrol cars, it was 1 of just 4 ordered by law enforcement in Saskatchewan province, and unusually for an SSP Mustang it has a 5-speed manual transmission rather than the more common automatic.

The SSP was the “Special Service Package” Mustang offered strictly to law enforcement and government buyers, the model was used extensively by police departments across the United States as well as the FBI, DEA, the United States Air Force, and even the US Fish and Wildlife Service.

The most famous use for the SSP Mustang was probably that of the US Air Force who used it as the chase car for the Lockheed U-2 spy plane. The U-2 was notoriously difficult to take off and land, so a trained U-2 pilot would tail an aircraft on the runway at speeds of 140+ mph whilst communicating essential information over the radio with the pilot in real time.

Above Image: A Ford Mustang SSP chase car tailing a Lockheed U-2 spy plane as it comes in to land.

The Air Force had initially used V8 station wagons for this job which were succeeded by El Caminos, they borrowed a California Highway Patrol SSP Mustang to test it and it proved far better than the El Camino – and so they ordered 20 of their own. Sadly it’s believed that only one of these cars has survived – a USAF SSP Mustang that had been sent to Europe to assist with U2 landings on American military bases. It’s widely thought the other 19 cars were crushed.

The SSP Mustang was released by Ford with the catchphrase “This Ford chases Porsches for a living…”, it was a lightweight version of the Fox Body 5.0 Mustang that featured a variety of improvements over civilian models including an engine oil cooler, a certified calibrated speedometer that could be used as a reference to prosecute speeding drivers, silicone radiator hoses and aircraft-style clamps, a transmission fluid cooler (for automatics), reinforced floor pans, and a full size spare tire.

Approximately 15,000 examples of the SSP Mustang were built, they saw service right across the United States and up in Canada, and a small number are still in service with police departments today as public display and DARE vehicles. Clubs have been formed for owners of original SSP vehicles and owners typically spend a lot of time keeping their cars as original as possible. 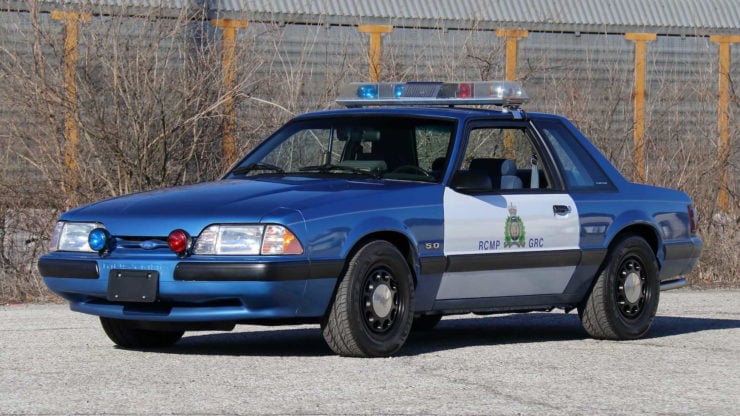 Values of SSP Mustangs have been climbing steadily, there are now far fewer than 15,000 in circulation as they became a popular target with racers. Many were bought up by drag racing enthusiasts who would use them as a starting point to create dedicated race cars, few of these have survived and they’re typically too chopped up to be worth much to collectors.

The car you see here is an original 1989 Ford Mustang SSP police car, it was issued to the Canadian Royal Mounted Police, specifically to Corporal Brad Popowich. Unusually for an SSP the car is fitted with a 5-speed manual transmission, most were automatics as this allowed officers to operate radios and other equipment while driving.

The interior of the car has been kept original, including the police radio and a handy pump action shotgun. The exterior of the car carries its blue and white Royal Mounted Police livery, and there’s a police light bar on the roof. The car is now accompanied by some photographs of its service life in Canada – which will be very important to collectors.

If you’d like to read more about this car or register to bid you can click here to visit the listing on Mecum. It’s due to be auctioned off in mid-May and there’s currently no price estimate.

Editor’s Note: We received an email from Jean Caron, a former RCMP performance driving instructor who taught officers how to drive SSP Mustangs. We’ve included the information he provided below as it will be of significant interest to those of you reading about the history of the SSP Mustang. 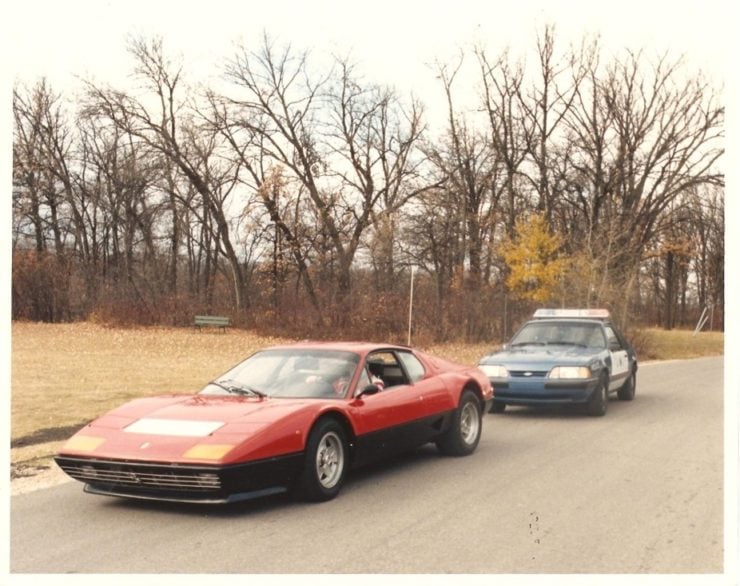 The Ferrari images are taken from a photoshoot, staged photos, from one of the Mustang used by the Headingley Highway Patrol near Winnipeg, Manitoba. These photos date back from 1989 I believe and the Ferrari 512 Boxer belonged to a friend of mine. 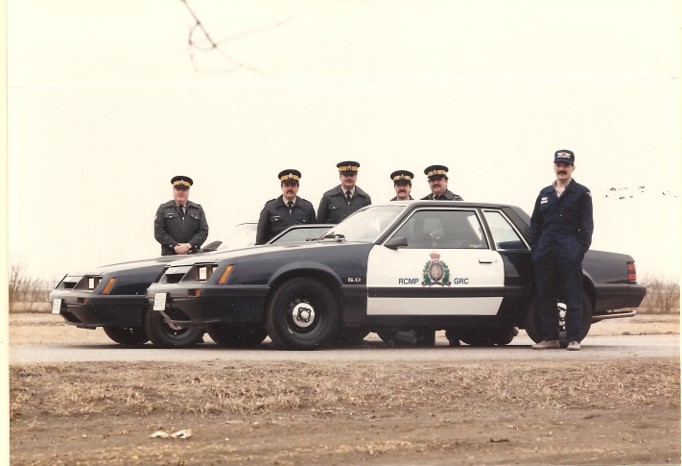 The above photo is from one of the first, if not the first, Mustang Operators Course in March 1986 at the RCMP Training Academy in Regina, Saskatchewan, Canada. These two Mustangs were assigned to the Regina H.P.  from what I remember and they had received the cars a few days prior to the course.

I recall that I set up the area for the course, at the time I was a Driver Training Instructor at the “Depot” Academy, training recruits to drive regular police cars. I had the use of one of the car a day or so before to set up the course for the officers to learn the handling characteristics of these cars which were rather different than driving a Ford Crown Victoria or a Chevrolet Impala, cars normally used by the R.C.M.P. at the time. 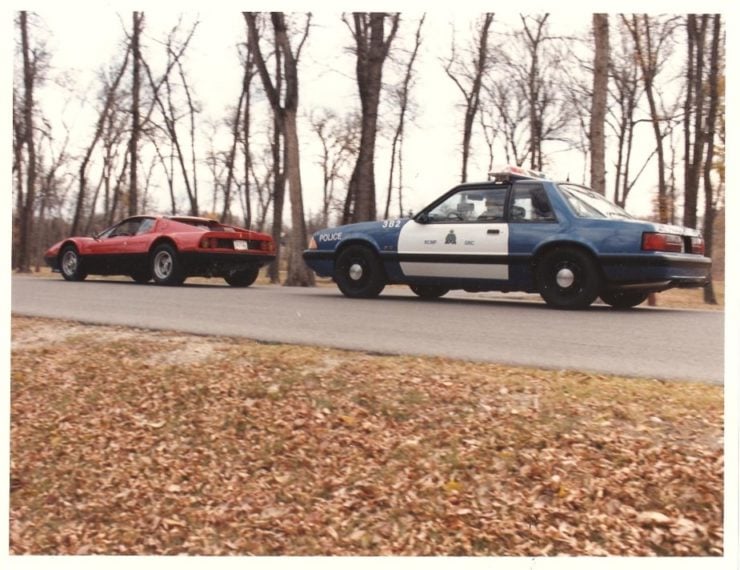 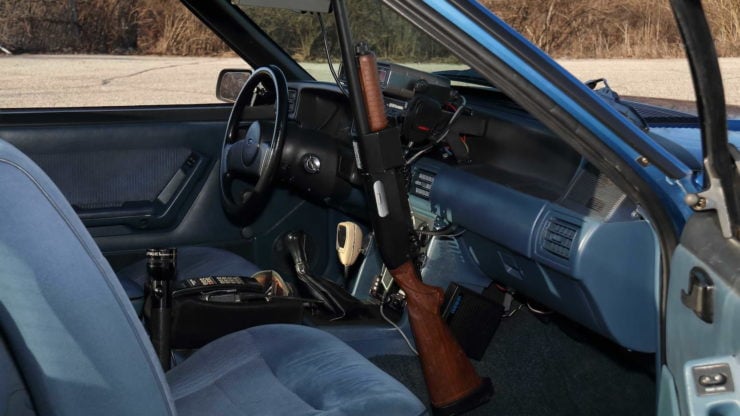 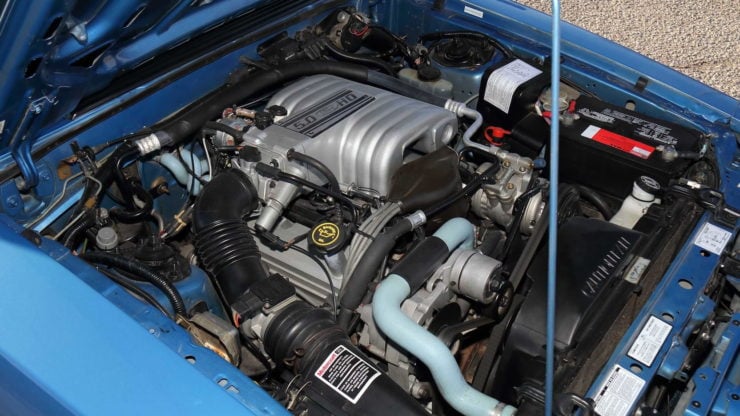 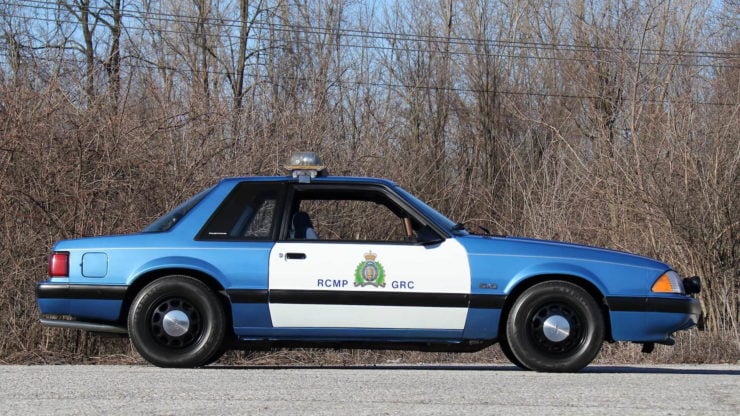 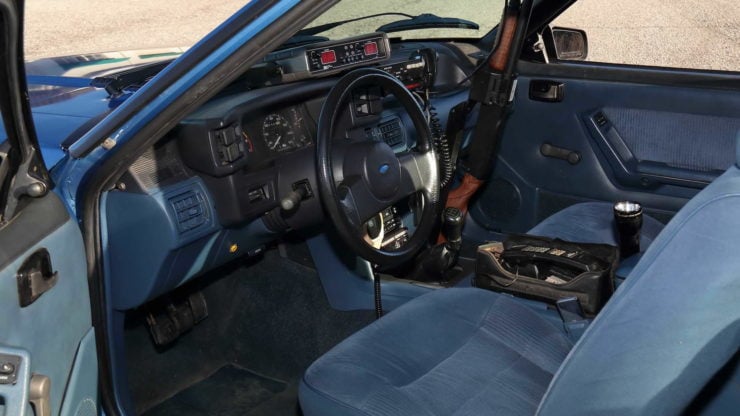 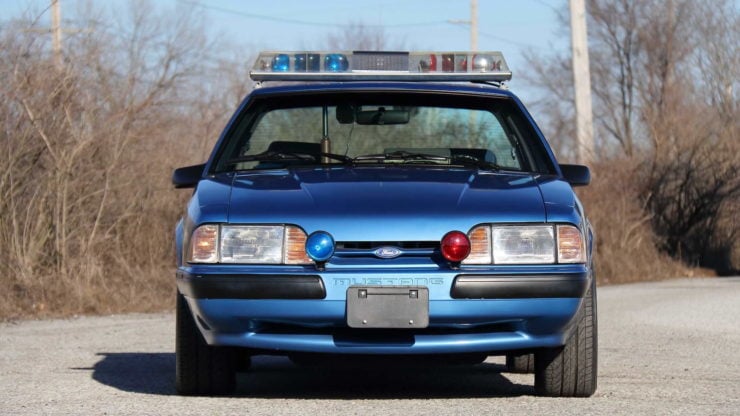 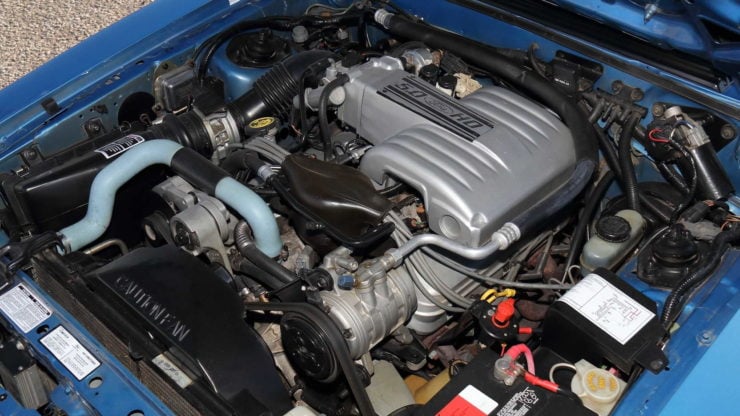 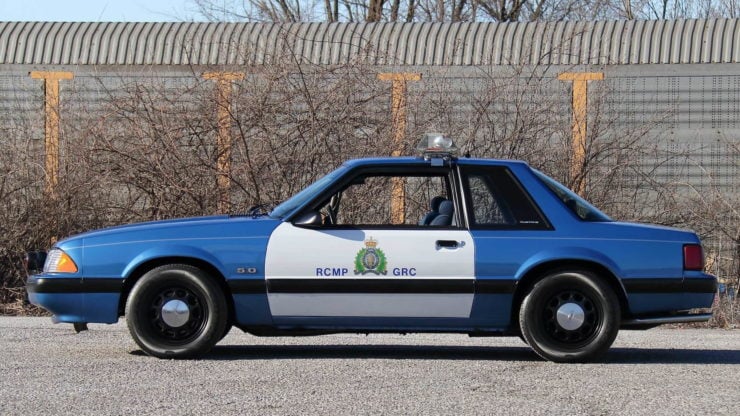 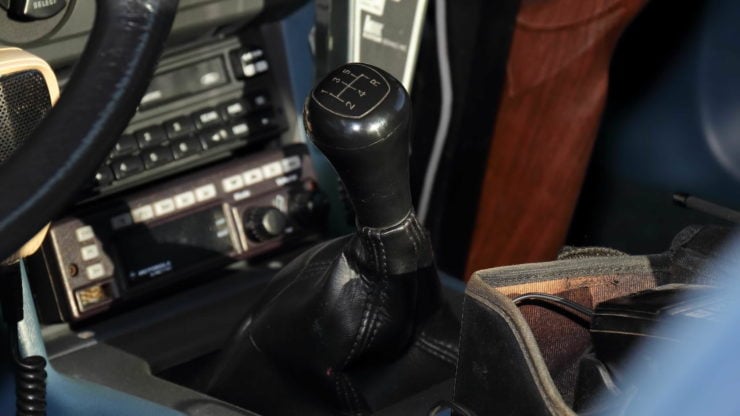 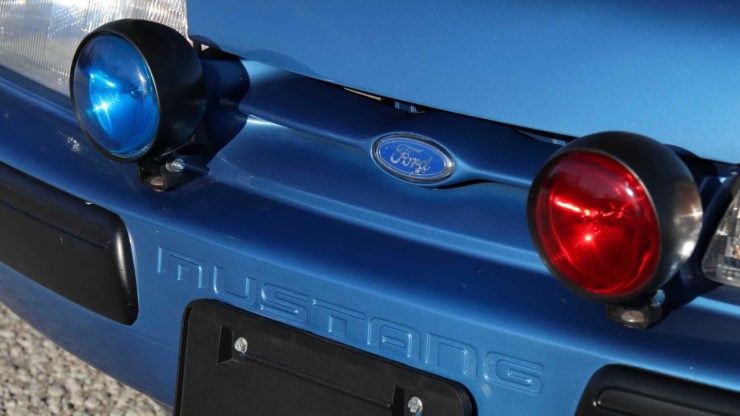 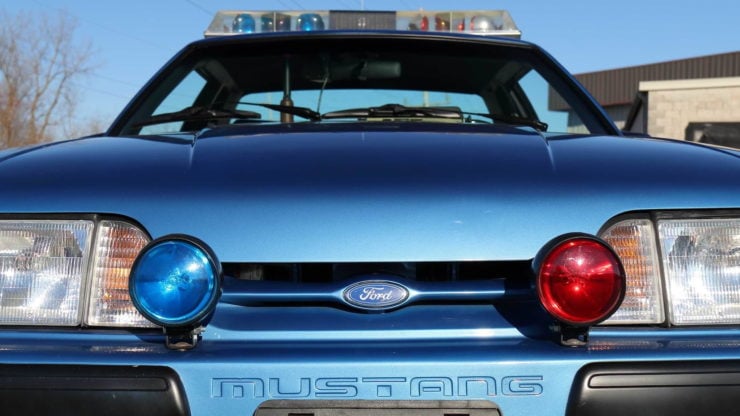 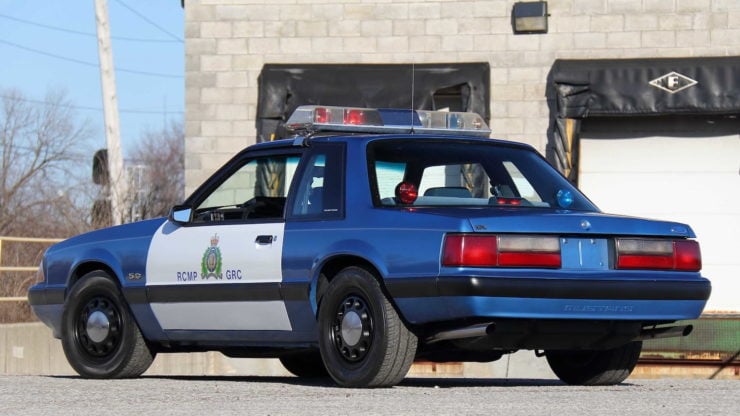 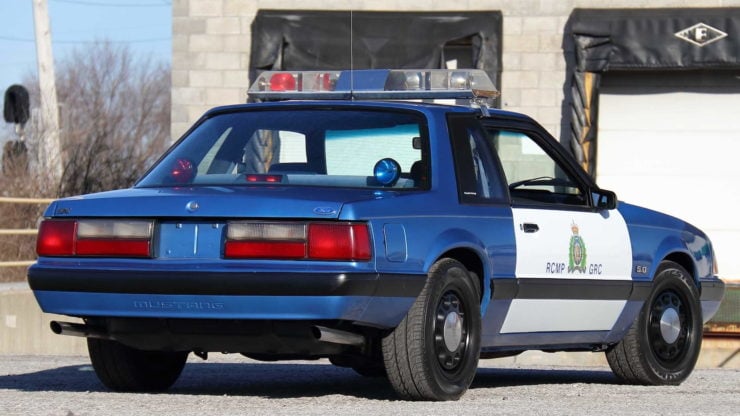 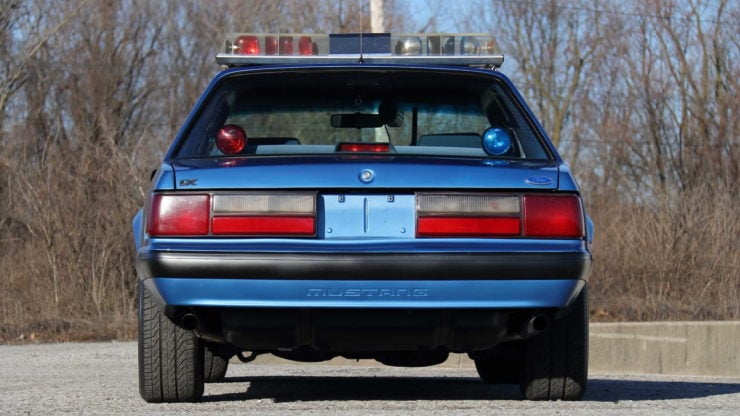 Published by Ben Branch - March 17th 2020
Related Posts
For Sale: A Reliant Regal Supervan III From “Only Fools and Horses”