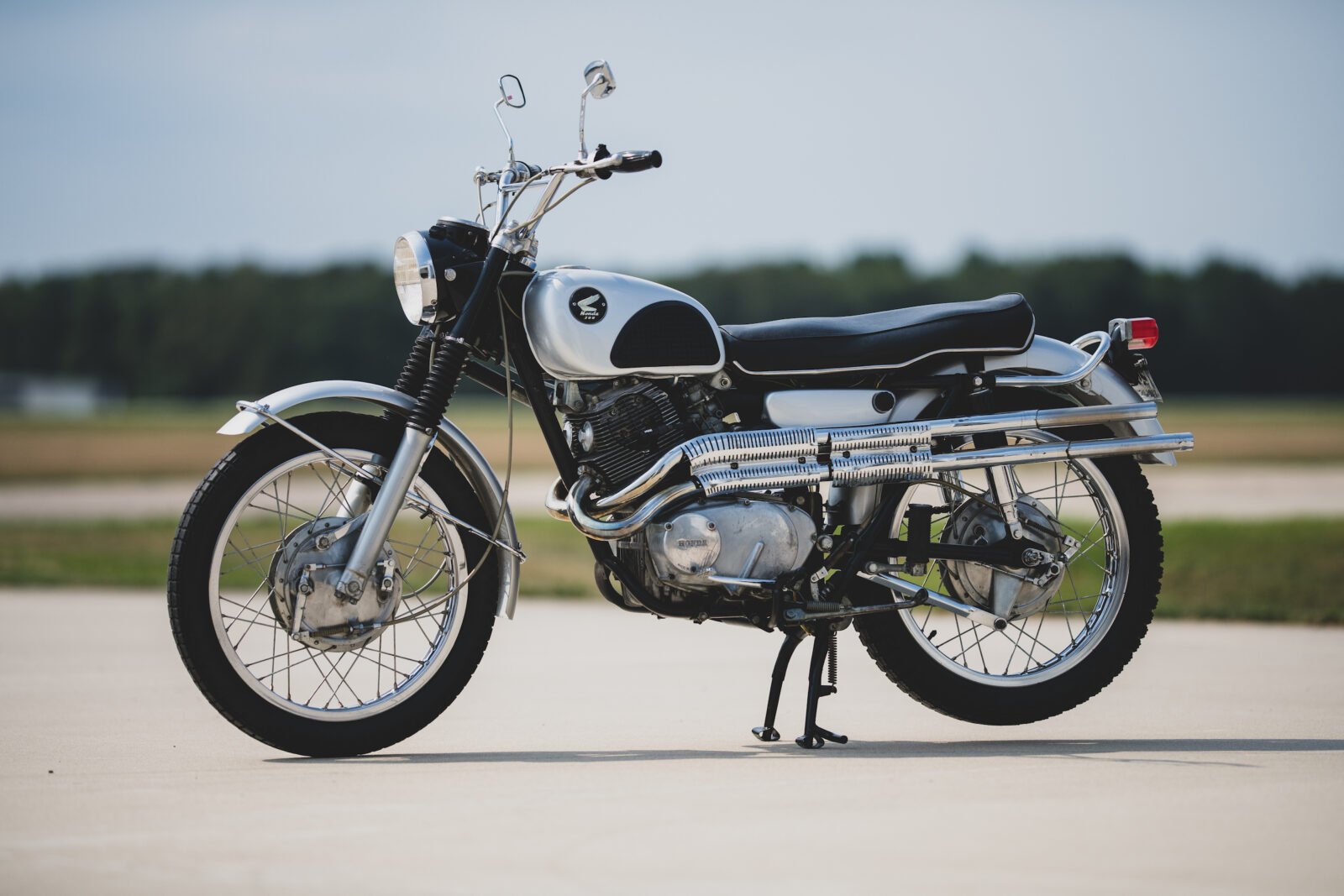 The Honda CL77 Scrambler was the off-road version of the CB77 Super Hawk, it was released in 1965 and sold until 1968. Unlike many scramblers of the time, the Honda had a smaller engine that was more advanced than much of its competition, it was powered by a 305cc parallel twin with a single overhead cam and a red line of 9,000 rpm.

Much of its competition was considerably bigger and heavier with engine sizes up to 750cc but with pushrod actuated valves, much lower red lines, and designs that dated back to the 1940s or 1950s. Honda developed the CL77 Scrambler specifically for the American market, they believed that a smaller, lighter scrambler would be better suited to off-road use. They were right of course, and future off-road motorcycles would strongly favour lower weight and more advanced engines.

Although the United States was the primary target market for the CL77 it was sold in many other markets also and it remains popular worldwide to this day – it’s one of the Hondas that helped establish the company’s reputation for reliability. 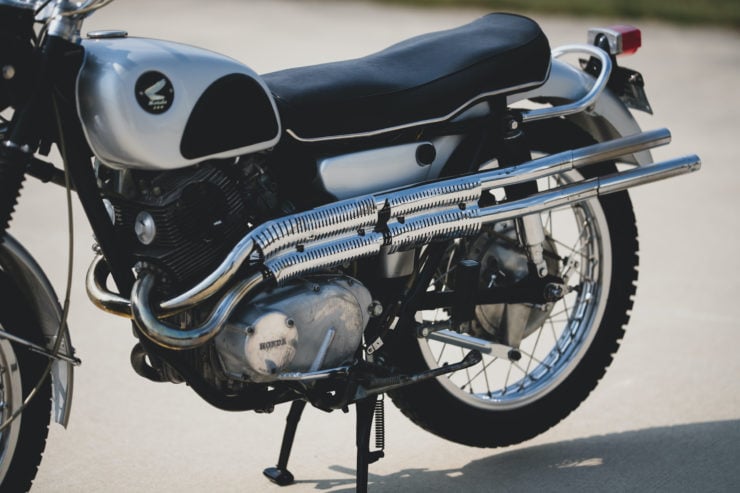 Although some manufacturers made very few changes to their street motorcycles before marketing them as scramblers, Honda made significant changes to the CB77 Super Hawk before releasing the CL77 Scrambler. The CL77 featured a new frame made from thicker steel tubing, the frame also featured a front downtube for additional strength. A higher exhaust was fitted to improve ground clearance and the starter motor was deleted to save a little weight.

A small capacity fuel tank was used and fork boots were added to help keep the fork oil clean, 19 inch front and rear wheels were fitted with “universal” tires, a higher cross-braced handlebar was used as was slightly abbreviated fenders. The model would probably be best described today as a dual sport motorcycle, as it’s not a 100% off-road machine but rather a machine capable of on and off-road riding.

With a 28.5 hp engine, a four-speed transmission and a dry weight of 352 lbs (160 kgs) the Honda CL77 Scrambler frequently finished races in front of larger and more powerful motorcycles, and it would be a 350cc Honda that would win the brutal 1968 Baja 1000 desert race – beating the previous record by over 5 hours. 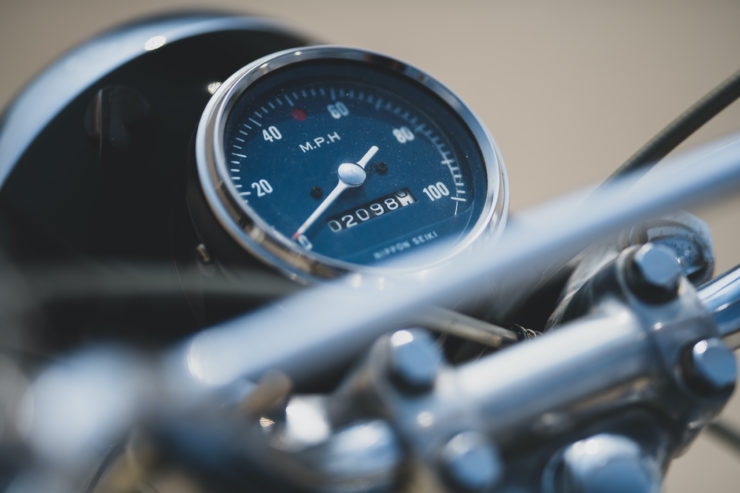 As was largely standard in the 1960s the CL77 uses front and rear drum brakes with spoked wheels, telescopic forks up front and twin shock absorbers in the rear.

Today the surviving examples of the Honda CL77 Scrambler are increasingly sought after by enthusiasts and collectors, and we’ve seen a rapid increase in interest around vintage and retro scramblers over the past 5 years or so.

The wonderful example you see here is from the 1965 model year, the first year of production. It’s showing just 2,100 miles on the odometer and looks to be in remarkably original condition throughout – many of these are modified over the years and lose much of their originality as a result.

If you’d like to read more or register to bid you can click here to view the listing on RM Sotheby’s. 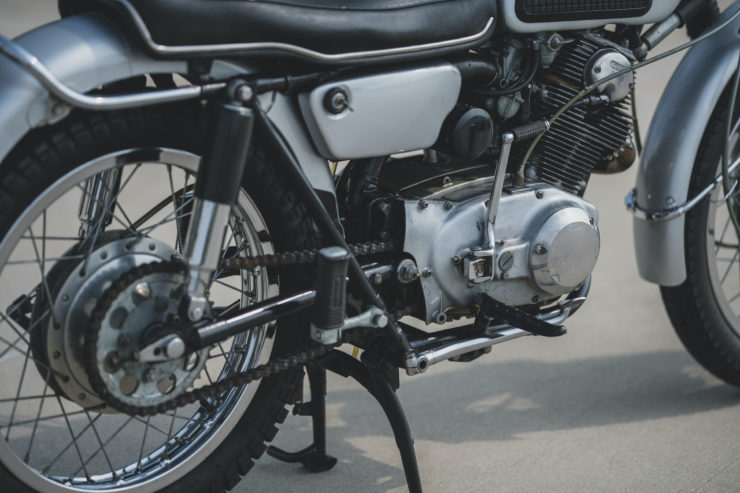 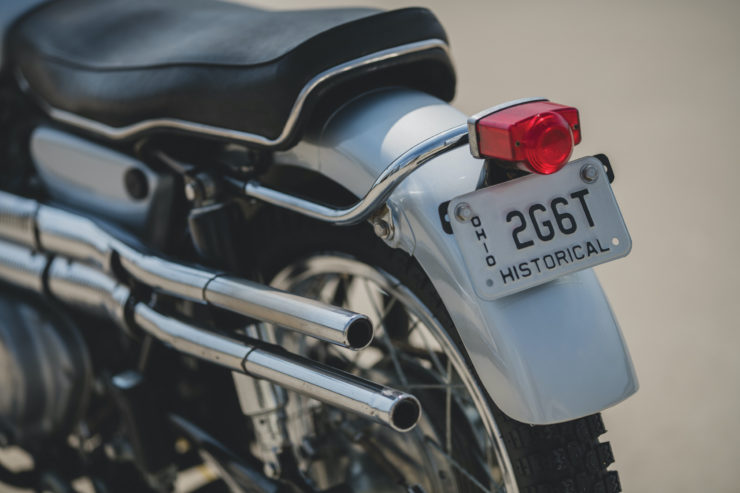 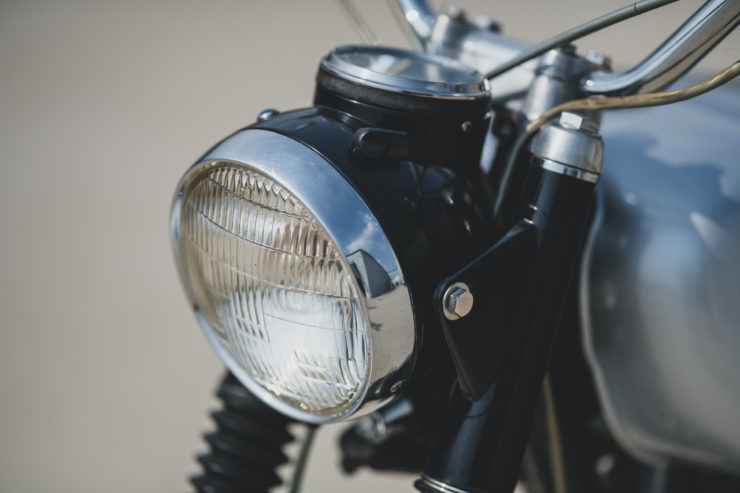 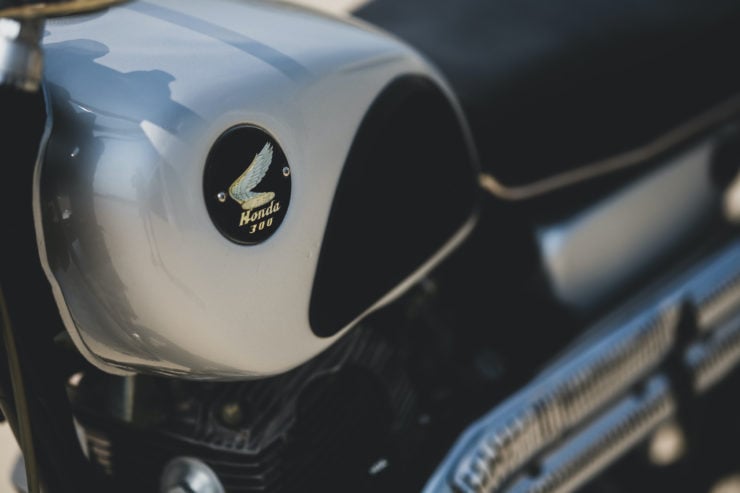 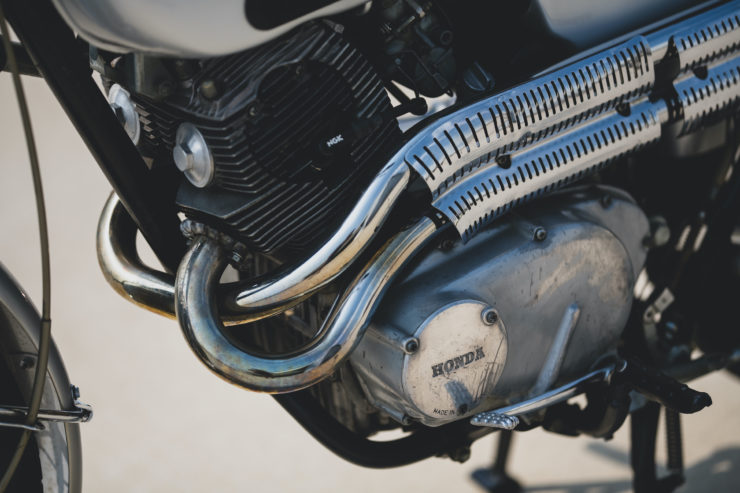 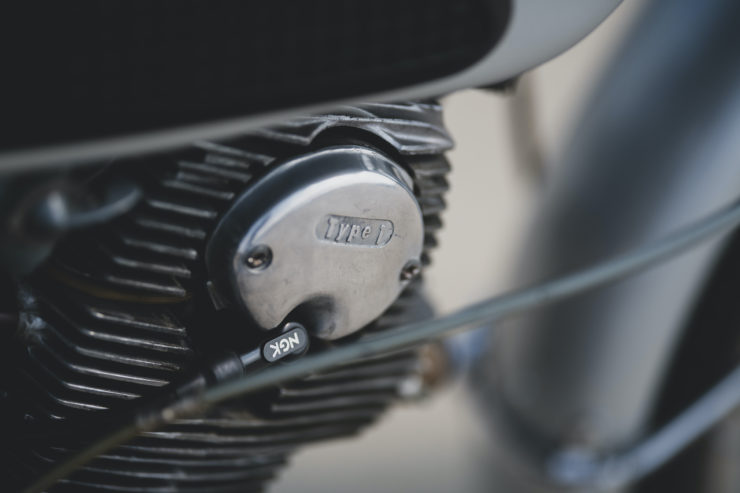 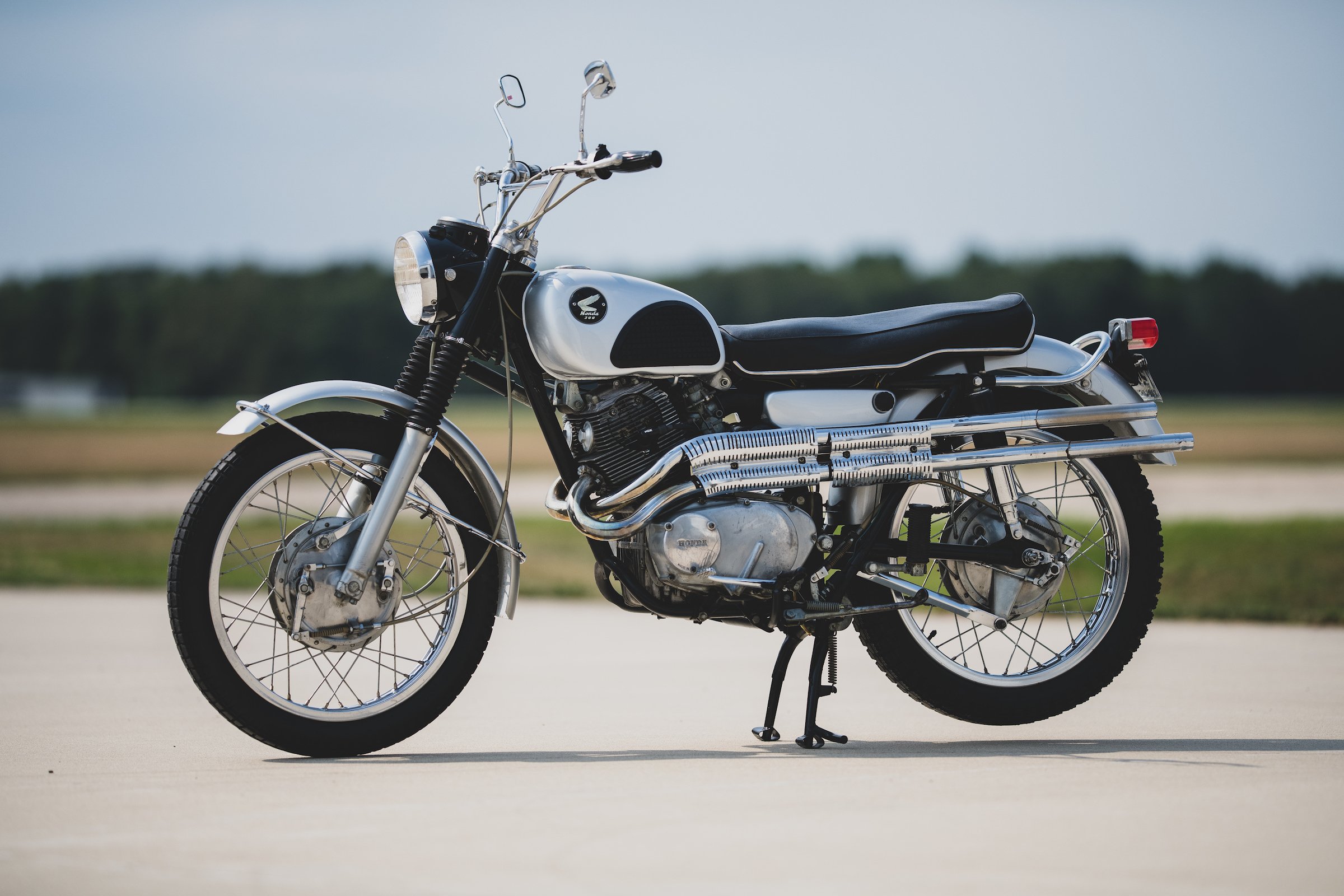