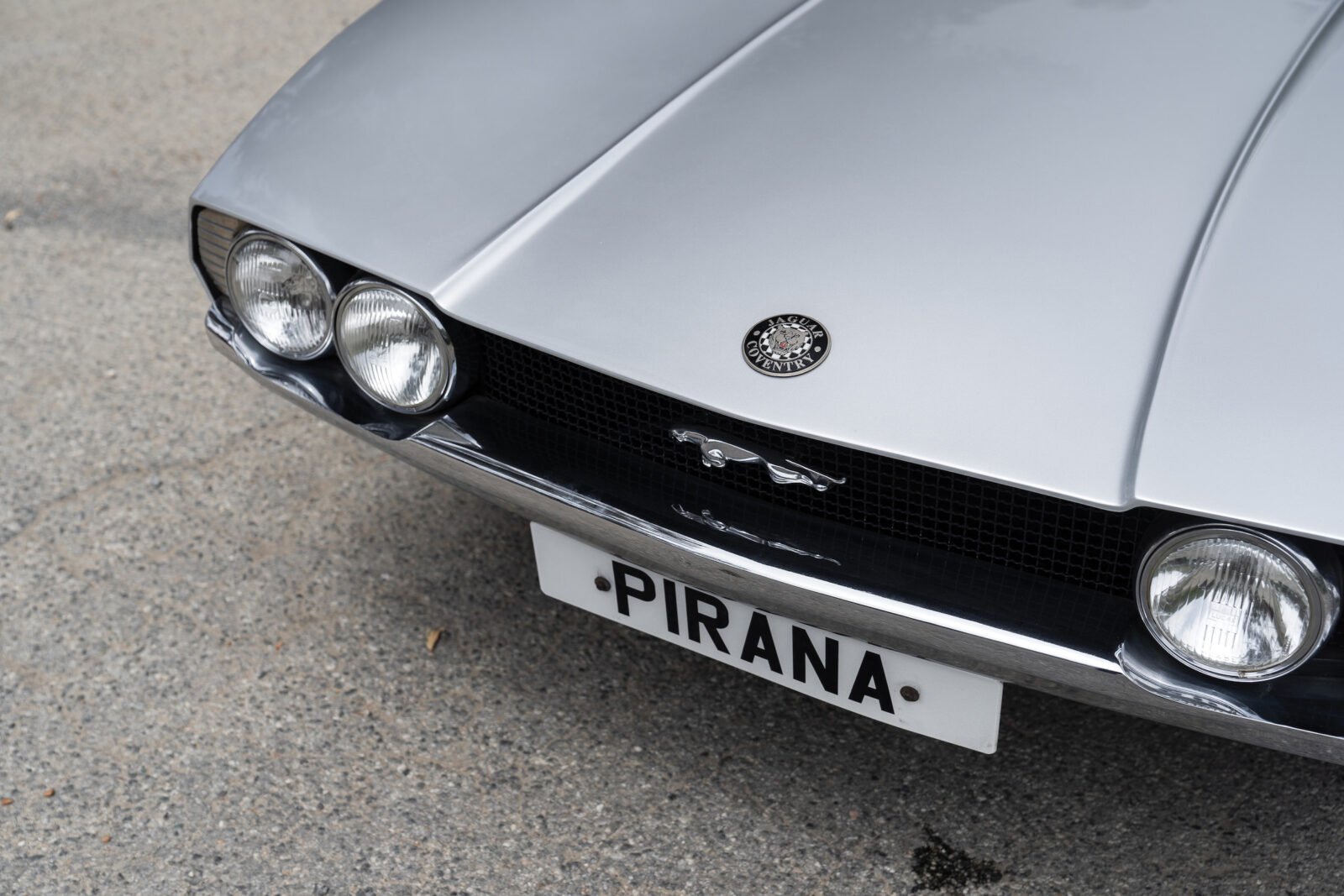 The Jaguar Pirana was designed by Marcello Gandini at Bertone, it was built at a lightning pace just in time for the 1967 Earl’s Court Motor Show, a process that took just 5 months from initial blueprints to completed car.

Interestingly it was built using the frame and running gear of a Jaguar E-Type 2+2, and it was commissioned by the motoring staff at one of England’s leading daily newspapers – The Daily Telegraph.

It’s not know exactly how many complete cars have been dreamt up by the motoring staff at a newspaper, but it’s actually not a terrible idea. Motoring journalists drive almost every production car from every manufacturer for sale in their vicinity, so when it comes time to design something new, there aren’t many better people to talk to. 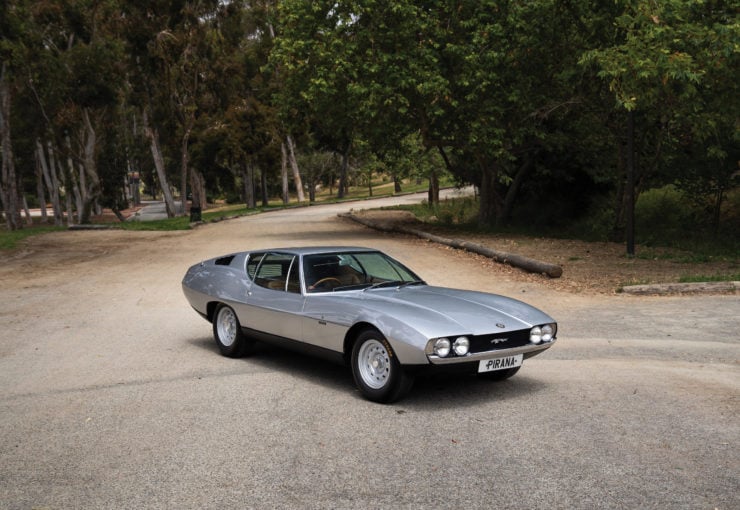 As you would expect, the motoring team at such a large newspaper were very well connected, they had direct lines to both Sir William Lyons, the head honcho at Jaguar, and Nuccio Bertone of his namesake styling and coachbuilding house over in Italy.

Both of Lyons and Bertone agreed to the project immediately, Jaguar supplied the requisite parts from the E-Type and Bertone took delivery. Gandini styled the body first on paper, then as a scale model, then in full size clay which was translated into a wooden body buck for the body construction.

The styling of the Pirana (not spelled Piranha) was somewhat influenced by another recent Gandini project, the 1967 Lamborghini Marzal concept car, pictured below. 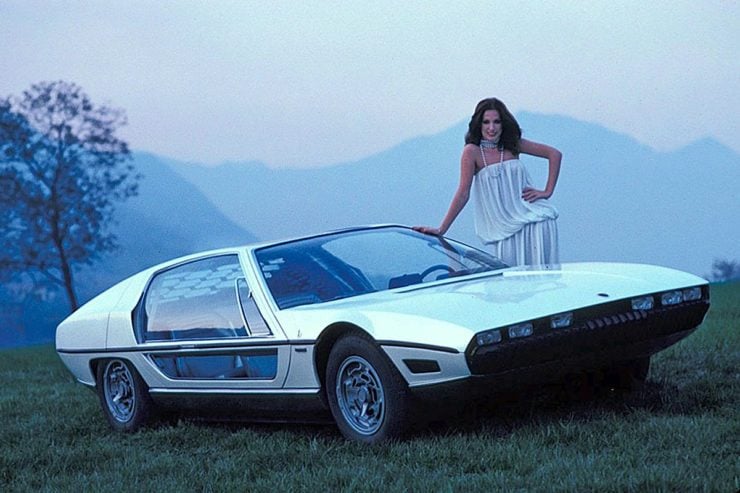 Gandini was clearly focussing on creating an elegant, angular kammback GT design with a distinctive look that was ahead of its time for the 1960s. The Jaguar Pirana was an essential link in this process between the Marzal concept car and the Lamborghini Espada which was released in 1968.

The Espada (pictured below) is startlingly similar to the Pirana, however it’s important to note that all body panels are unique between the two cars, and of course the underpinnings and running gear are all unique. 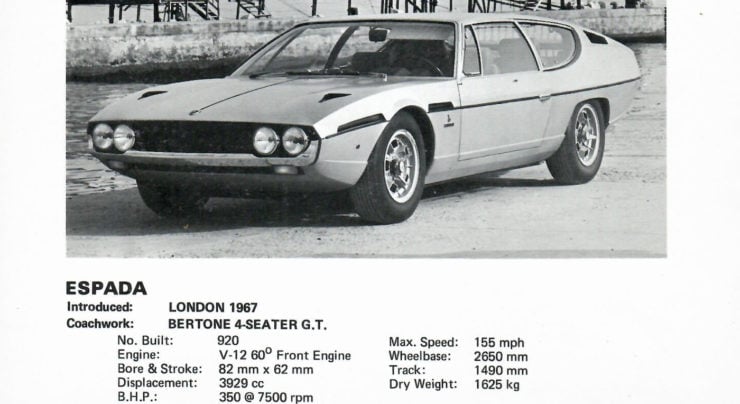 Smith’s also provided a state-of-the-art AM/FM radio that worked in conjunction with a cassette tape player in the center console allowing it to both play music on demand, and record dictation.

The glass used was a heat-absorbing Triplex laminate, an integrated defroster was fitted in the front and rear, and there are perforated leather dual bucket seats from Connolly.

No British/Italian GT car would be complete without fully featured instrumentation and a wood-rimmed steering wheel, not to mention the knock-off wheels and the flip switches. 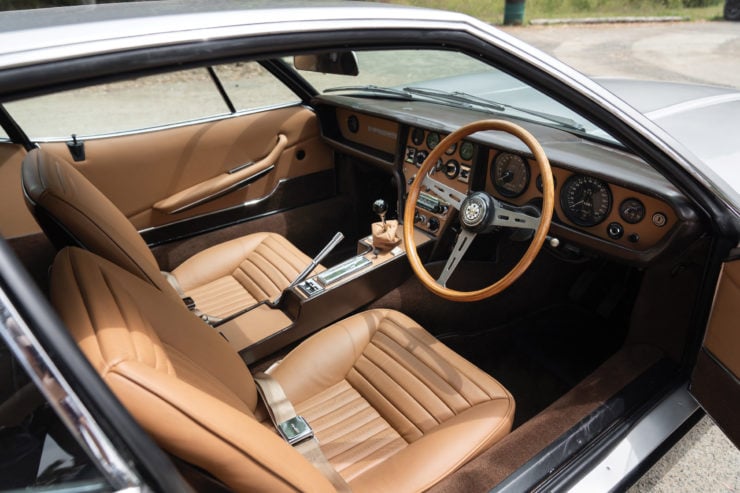 Power was provided by the Jaguar E-Type 4.2 litre XK straight-6 with double overhead cams and triple SU carburettors, mated to a 4-speed manual transmission and an independent rear end.

Once complete, the Jaguar Pirana was displayed at the 1967 Earl’s Court Motor Show where it caused a sensation, it was also displayed in Turin, Montreal, and New York.

After its time on the show circuit was done the Pirana was sold into a private collection, it remained out of the public eye for decades. More recently it was bought by the current vendor, who immediately set about reserving some of the modifications that had been made to the car. Once it was brought back to 1967 Earl’s Court specification it was carefully preserved as such.

The Pirana is now due to come up for sale for the first time since 2011, it’ll be offered in mid-August at Monterey by RM Sotheby’s without a reserve. If you’d like to read more about it or register to bid you can click here to visit the listing. 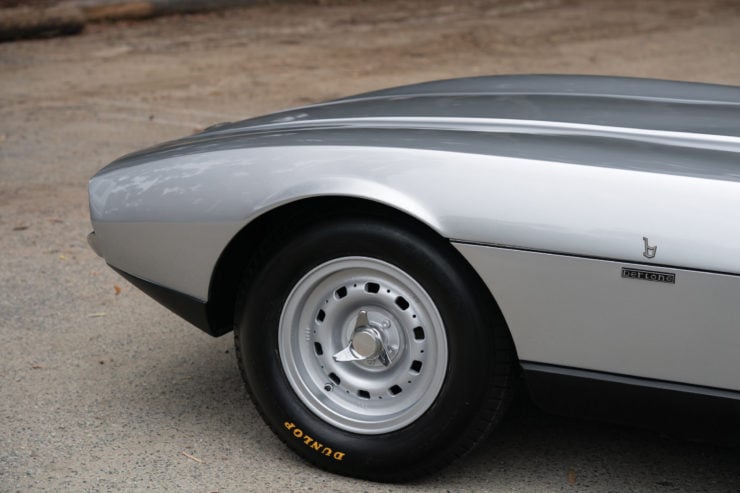 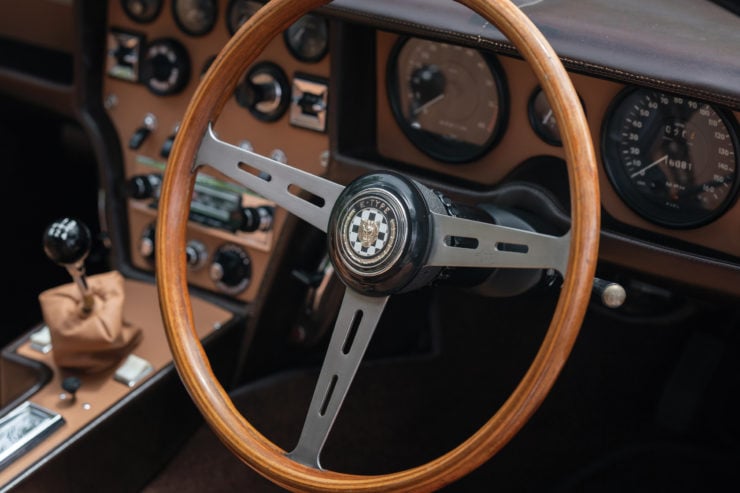 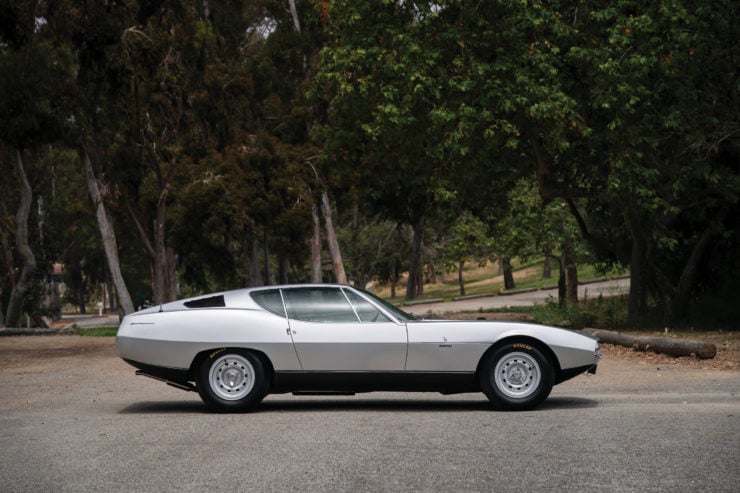 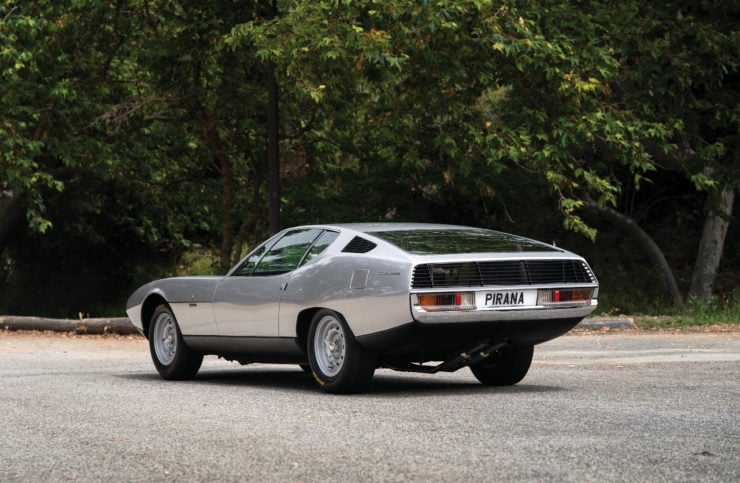 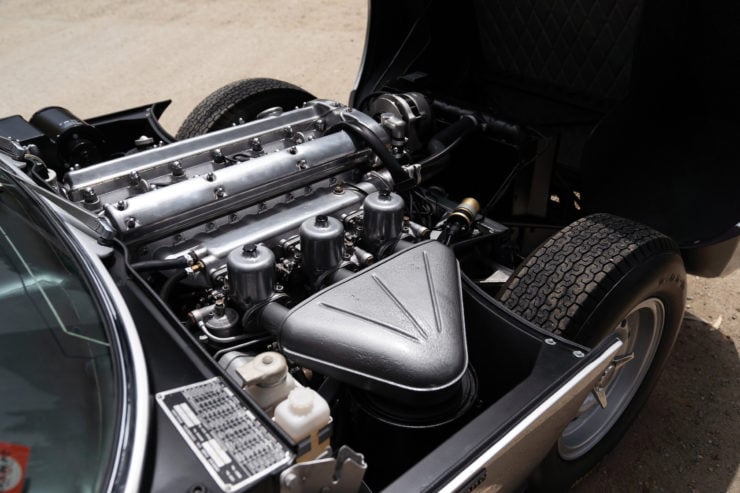 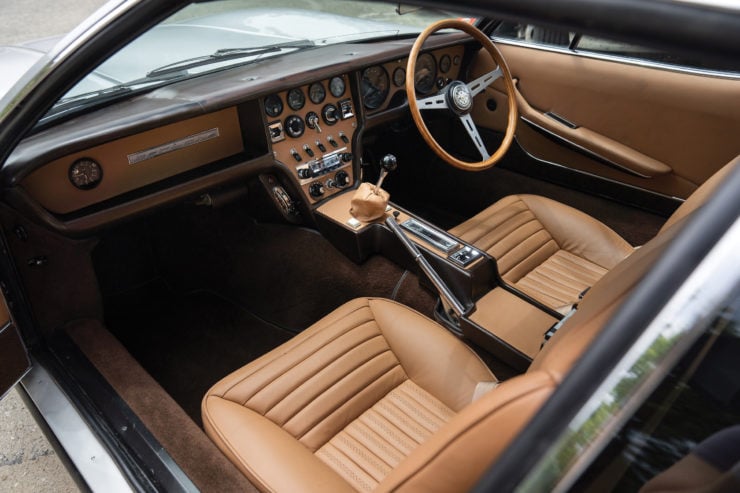 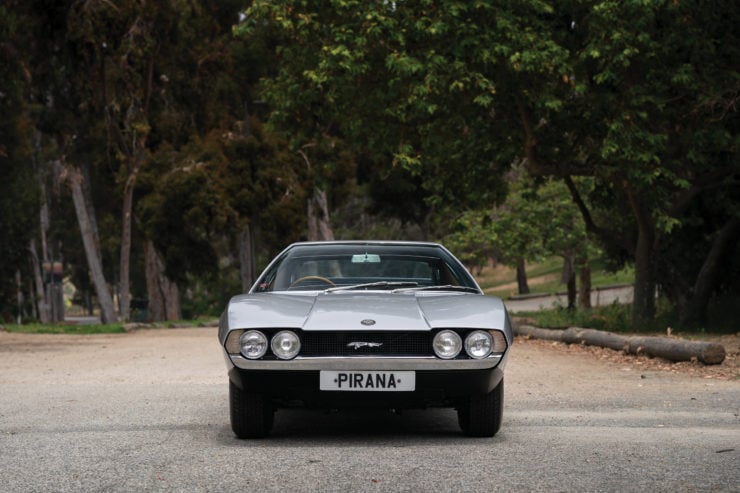 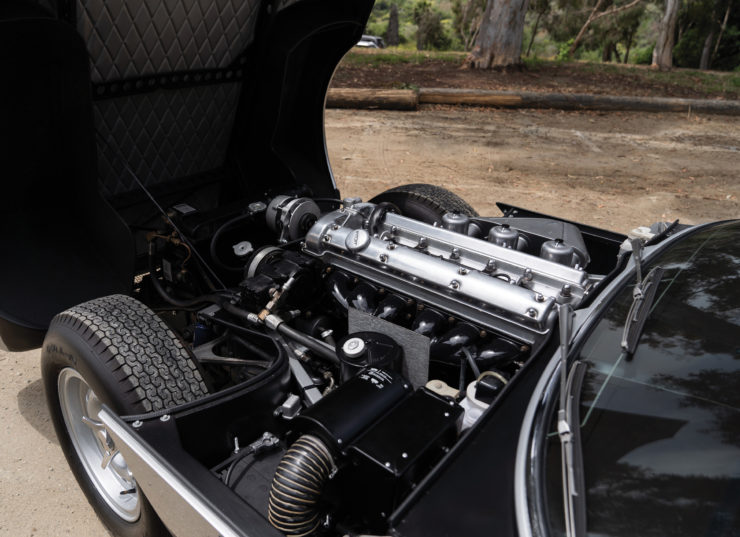 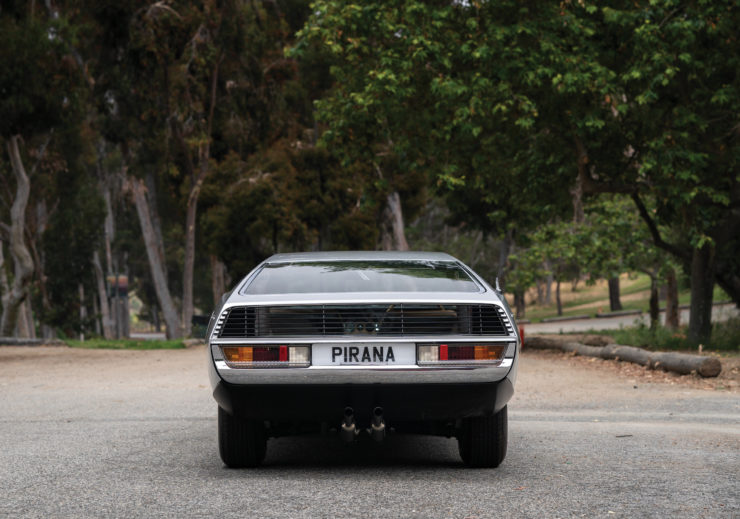 Driving La Carrera: Rally Brothers is a film about two brothers, Chris and Jeff Mason, who set out to compete in the world famous La Carrera Panamericana – a 1,900 mile rally across Mexico…