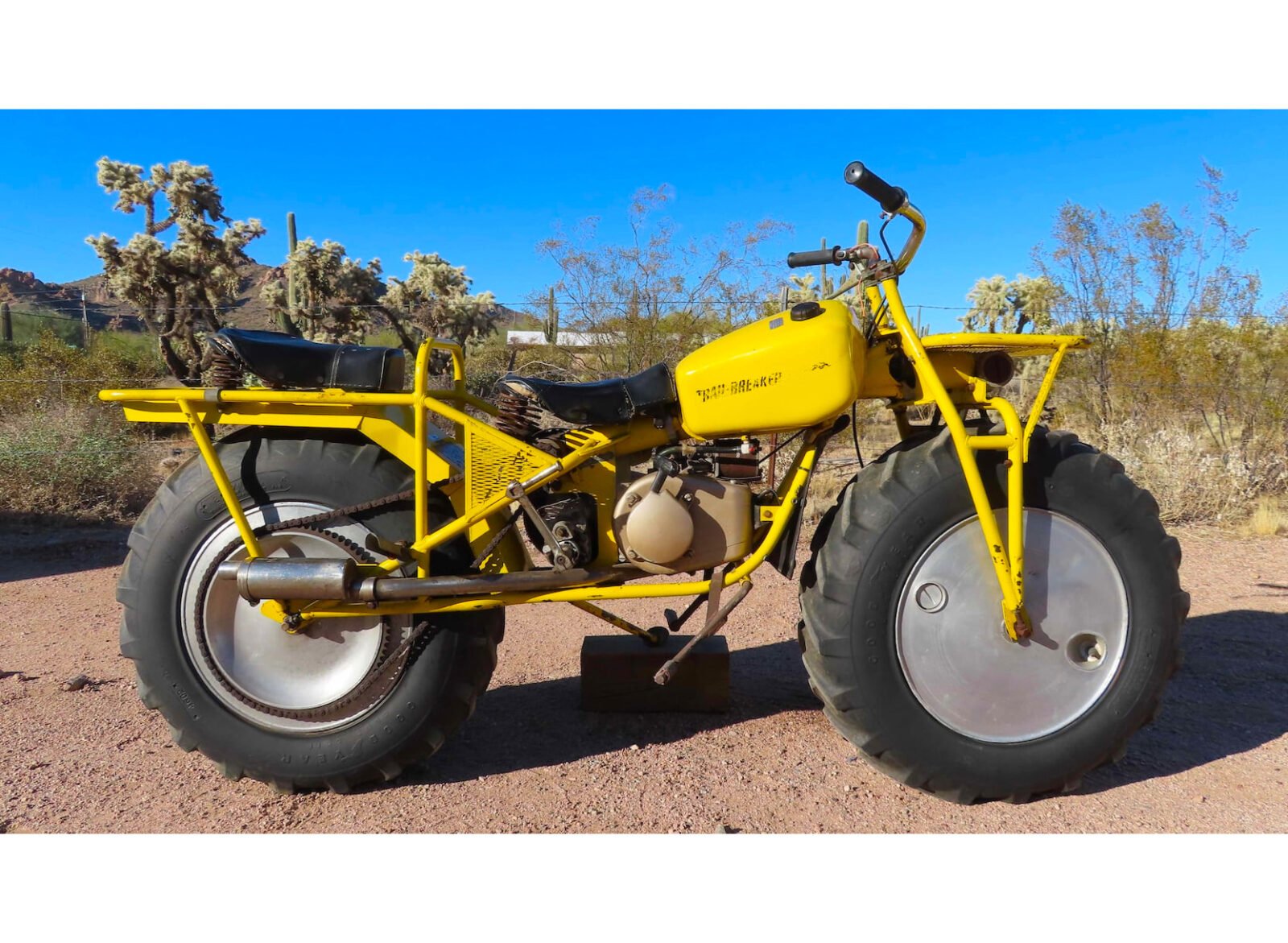 This is an original Rokon Trail Breaker, it’s probably the most unusual motorcycle being made in the United States and certainly one of the most unusual in the world, largely due to its two-wheel drive system and for the fact you can store extra fuel in one of the hollow wheels and drinking water in the other.

Rokon is small-scale motorcycle manufacturer based in Rochester, New Hampshire. They’re been building the Trail Breaker since 1963 and over the years its been used by the United States Armed Forces, Forest Service, Fish and Game officers in 25 US states, big game hunters, trail builders, farmers, ranchers, and treasure hunters.

The most interesting thing about the Rokon is the two-wheel drive system which uses a combination of belt, chain, and shaft drives to power both wheels equally. The system sounds complex however it’s relatively straight forward and over the past ~60 years it has proven remarkably reliable.

The Trail Breaker was never designed with road-riding in mind, this is purely an off-road machine developed to cover any terrain you throw at it, albeit slowly. The top speed is typically somewhere between 20 and 35 mph depending on load and gearing, and because of the large air-filled tires the bike can be floated across rivers with the rider walking alongside.

The original Trail Breaker was designed in 1958 by Charlie Fehn and first built in Sylmar, California. The rights were bought by Orla Larsen in 1963 who moved production to New Hampshire and began slowly modifying the design.

Above Video: See a Rokon Trail Breaker in action with Tim Ralston.

The Trail Breaker uses a simple tubular steel duplex cradle frame, the engine is kept up relatively high to offer the best possible ground clearance. As mentioned above, the large alloy drum-like wheels can be used for storing fluids like fuel or water, and there are additional storage racks on the front and back of the bike.

The Trail Breaker uses tractor tires front and back for maximum grip, they’re typically filled to a lower air pressure level for better traction, this also means that the tire sidewalls offer some cushioning on models with no built in suspension.

Power is sent to the front and rear wheels through a 3-speed automatic transmission that uses a centrifugal clutch, and the bike can be set up with a seat on the rear luggage rack to allow the rider to carry a passenger when needed. 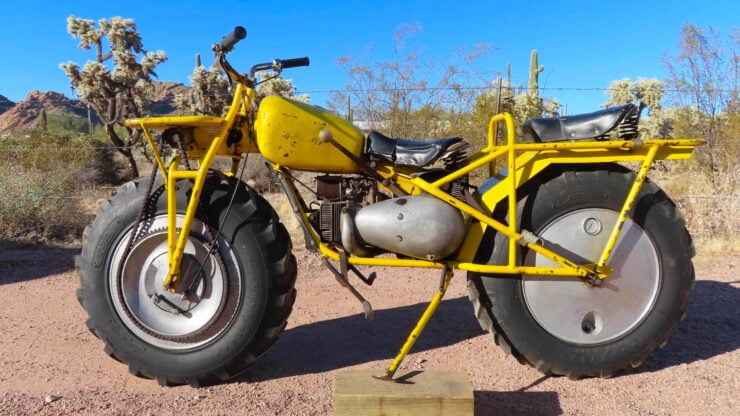 Above Image: Here you can see the chain drive to the front wheel, the rear wheel is driven by a chain on the opposite side.

It’s powered by the original single cylinder 9 hp two-stroke engine with the 3-speed transmission, and it’s being offered in completely unrestored condition with the same paint used by the factory all those decades ago.

It’s clear that the bike needs a recommissioning at the very least, probably a restoration, however it does offer a unique opportunity for someone interested in the motorcycle’s historic significance to get their hands on a first-year model.

If you’d like to read more about this Rokon or register to bid you can click here to visit the listing on Mecum, it’s due to cross the auction block in late April and it’s being offered with no reserve. 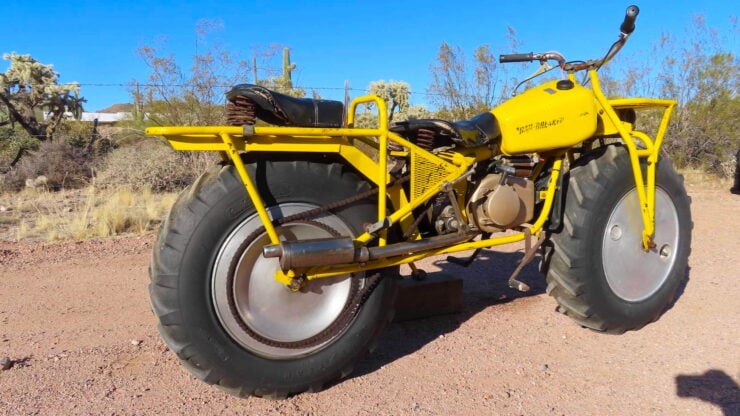 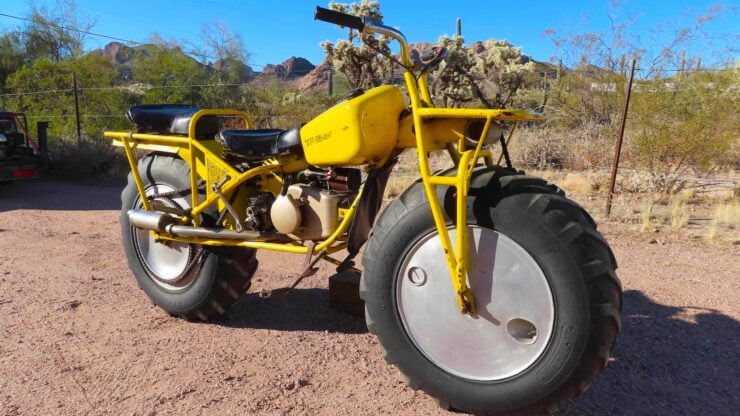 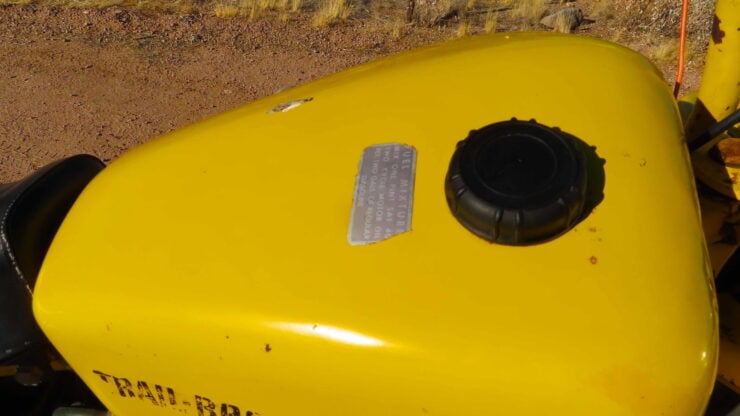 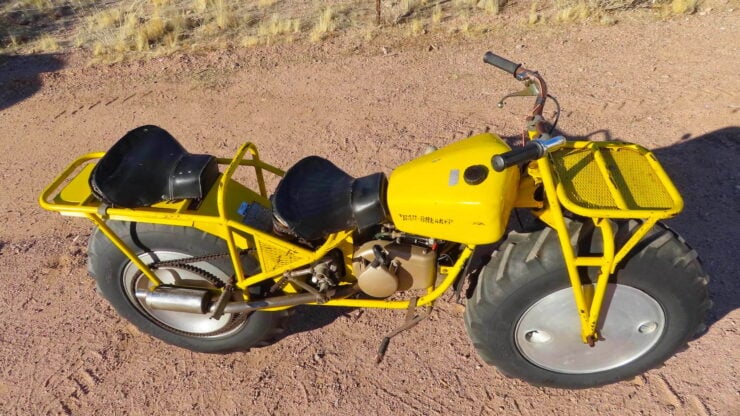 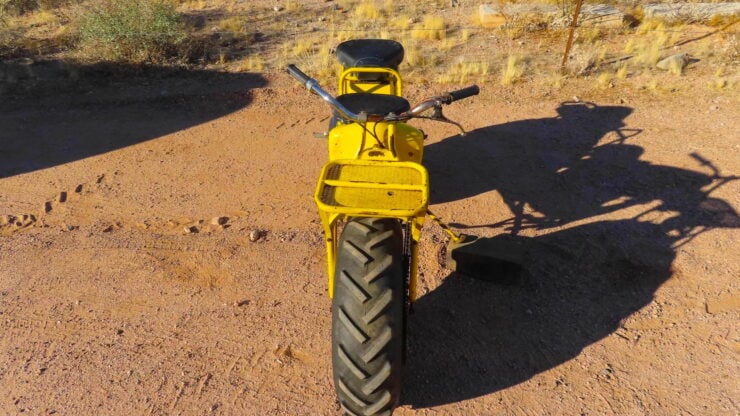 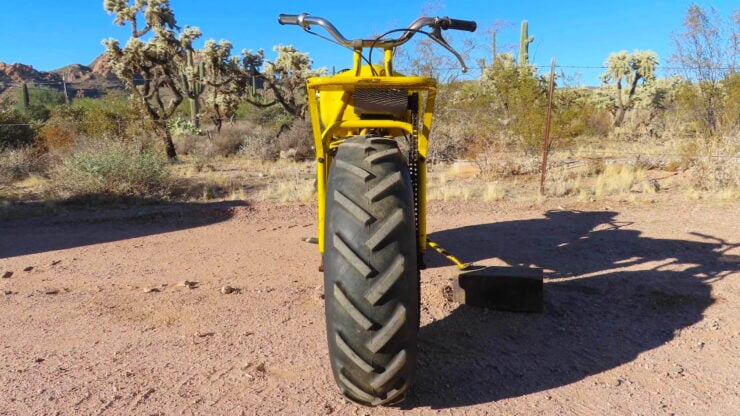 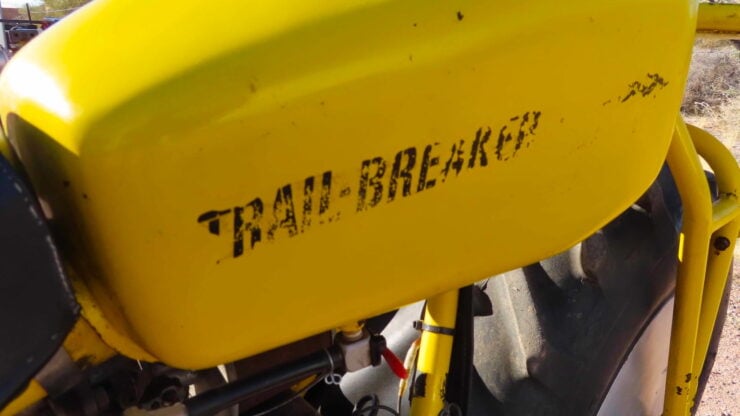 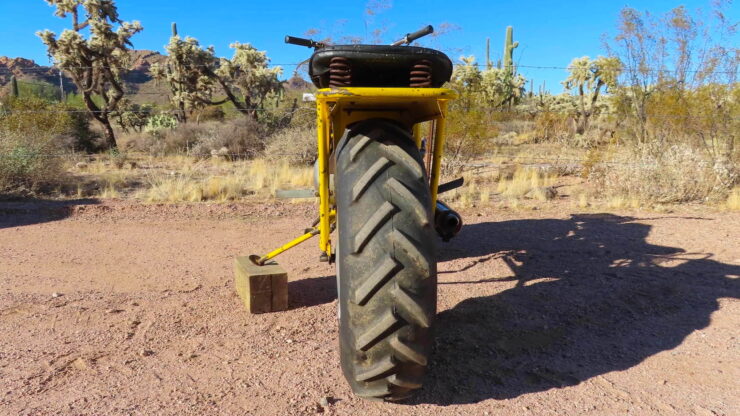 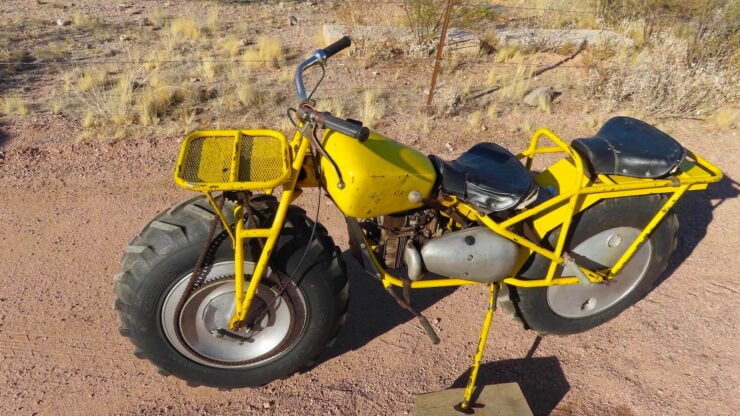 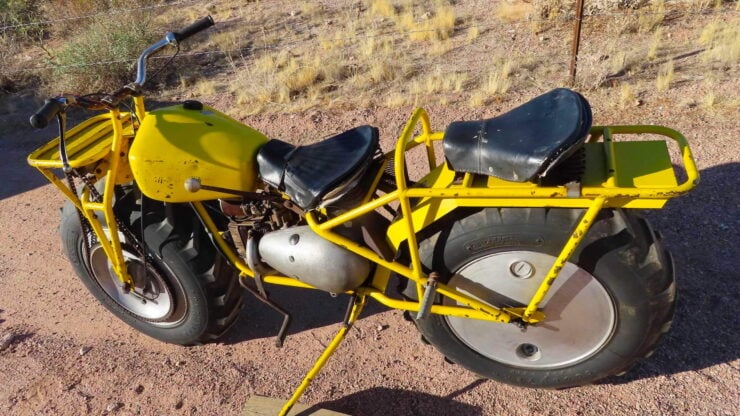