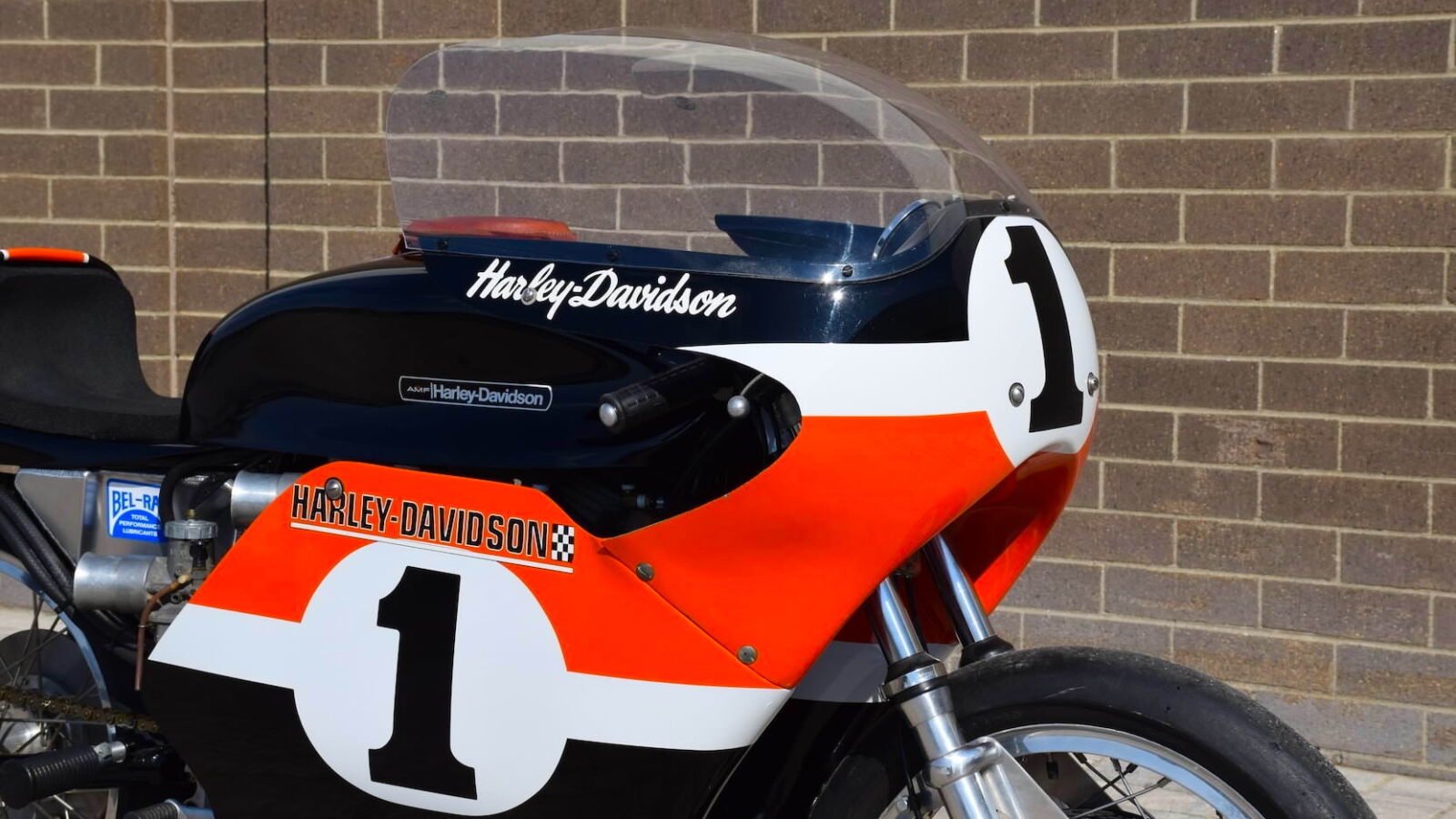 It’s been said that the Harley-Davidson XRTT is the best looking road going motorcycle ever made by Harley-Davidson and it’s easy to see why so many people think so – the bike has a beautiful full fairing, a purposeful stance, and an elegantly designed fuel tank and rear fairing.

Of course when it comes to racing, looks only matter if they also translate to speed, and in the case of the XRTT Road Racer they certainly did. Against all expectations this American motorcycle would take on the fastest bikes in Britain in the 1972 Transatlantic Trophy and almost win – with American riders Cal Rayborn and Ray Pickrell aboard their shiny new Harley-Davidson XRTTs.

The Brits had been building some of the fastest road racing motorcycles in the world for decades by the early 1970s, and it was a class of racing that the Americans hadn’t enjoyed a significant amount of success in since Indian swept the top three places in the 1911 Isle of Man Senior TT.

Expectations were low when Rayborn and Pickrell arrived from the United States with their black and orange motorcycles in tow. At this time the XRTT was largely unproven, what people did know was that it was a road racer based on the hurriedly developed Harley-Davidson XR750 flat track racer, which itself had suffered a series of problems included severe overheating.

Harley-Davidson engineers had been forced to quickly develop the XR750 to continue competing in flat track racing after 1969 as the AMA had changed the rules. Originally the rules had restricted engine sizes to 750cc for side valve engines and 500cc for overhead valve engines. This had been done to favor the American manufacturer and to limit the success of the British parallel twins. 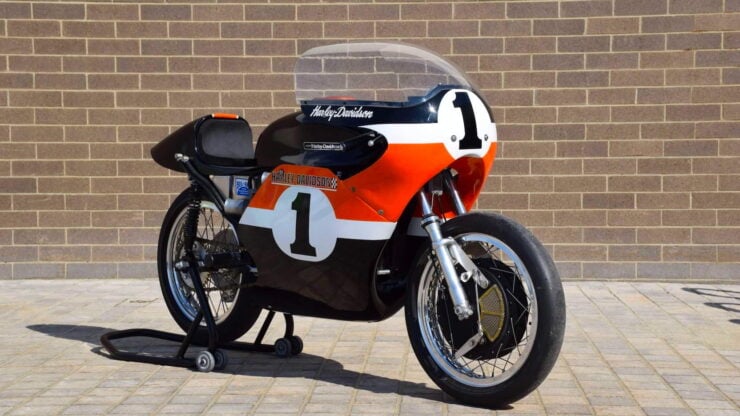 Above Image: The beautiful fairing was designed with high speed aerodynamics in mind, a feature that its sister bike, the XR750, didn’t require.

In 1969 this all changed and the rules now gave the 750cc limit to everyone regardless of engine architecture, British bikes surged to the front of the field and Harley scrambled to catch up.

What they did was essentially create a very highly tuned 750cc version of the Sportster V-twin for racing, they fitted it to a race frame, bolted on the fuel tank and seat and then watched in horror as the iron block/iron barrels/iron heads engine proceeded to regularly overheat.

In 1972 the engine was redesigned with new aluminum barrels and heads, this essentially solved the overheating issues and helped the bike became genuinely competitive. The XRTT was the road racing version of the flat tracker, fitted with different suspension front and rear, a four leading shoe Fontana drum brake up front with a disc on the rear, two 36 mm Mikuni carburetors, with power output in the 70 to 80 hp range depending on tune.

All of the above information about overheating was public knowledge in 1972, so you can see why the Brits weren’t particularly concerned about the challengers flying over from the United States. This was all couple to the fact that the circuits they would be racing on were believed to require years of practice for riders to nail down the perfect technique – the two Americans would only have a few practice sessions to get warmed up.

As it played out the XRTT piloted by Cal Rayborn shocked the Brits to their core. Not only did Rayborn win half of of the races on tracks he’d never seen before, he went out and set a new lap record at Brands Hatch – one of the most famous circuits in the country.

Above Video: Watch some of the original Transatlantic Match Races in this clip and the subsequent clips in this series.

Known at the time as the Transatlantic Match Races the 1972 series took place over six races with two being held at each of three circuits – Brands Hatch, Mallory Park, and Oulton Park. By the end of the racing Rayborn had tied as the top scorer of the series, although the Americans didn’t win they did put in a hell of a showing, one of the best ever managed by an American team.

As the 1970s continued to unfold it became clear that the XRTT wouldn’t be able to compete with the new breed of superbikes which were only getting faster and more technically sophisticated.

Its sibling the XR750 would go on to become the most successful flat track racing motorcycle of all time, having won 29 of the 37 AMA Grand National Championships from 1972 to 2008.

The XRTT you see here is a 1972 model, important as it means it’s fitted with the upgraded aluminum alloy barrels and cylinder heads that were first introduced in that year.

Only very few examples of the XRTT were ever made, far fewer than the XR750, and as a result the model is now highly collectible.

If you’d like to read more about this bike or register to bid you can click here to visit the listing on Mecum. It’s due to cross the auction block in late April and it’s being offered with no reserve. 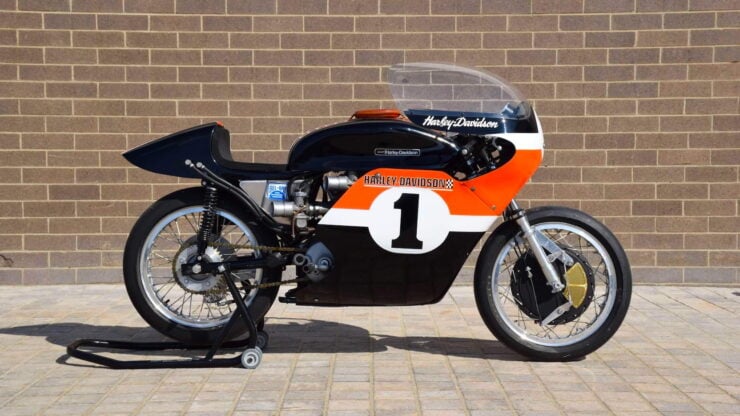 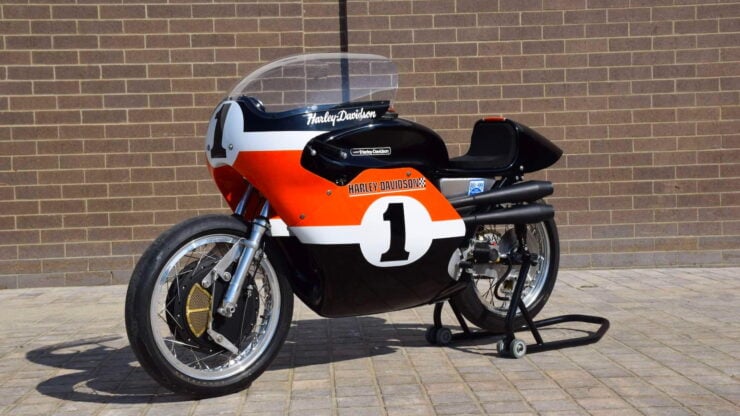 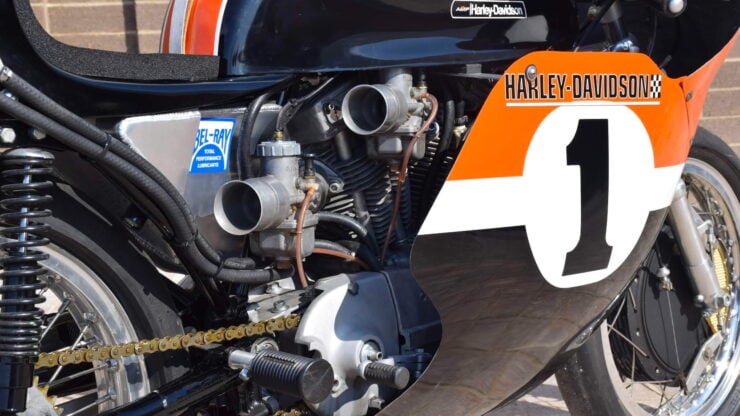 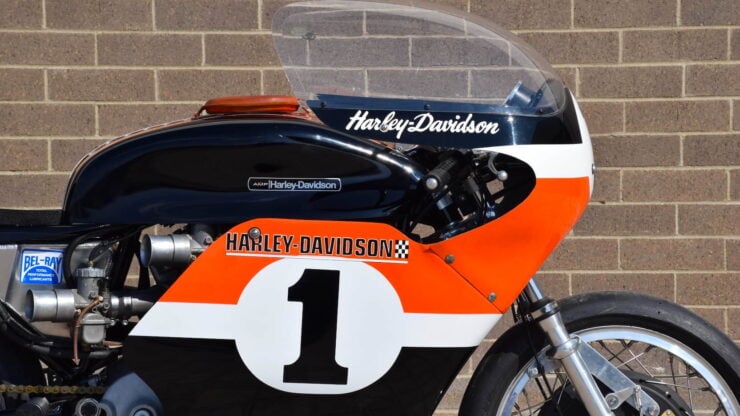 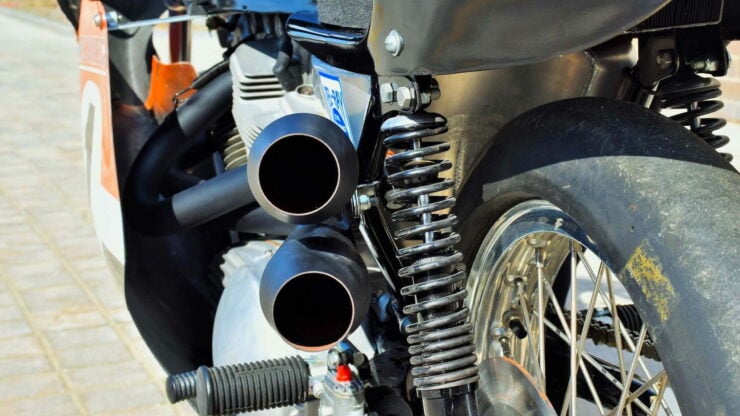 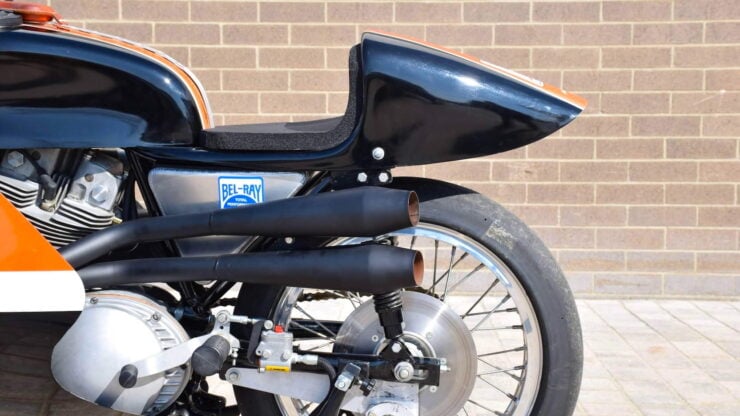 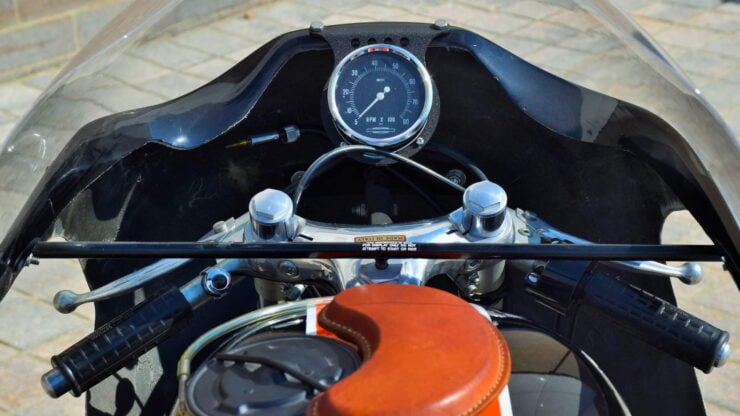 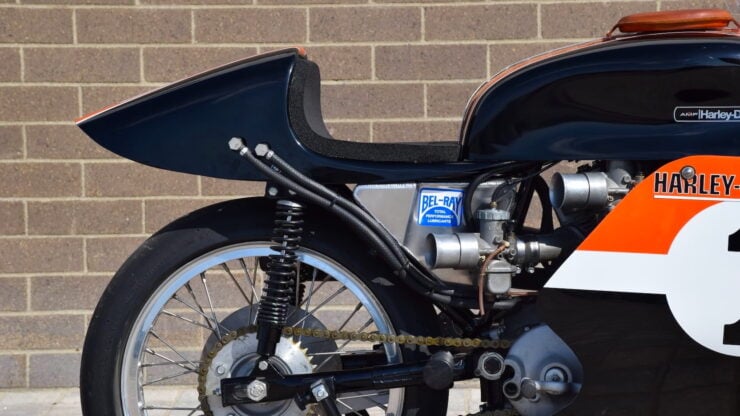 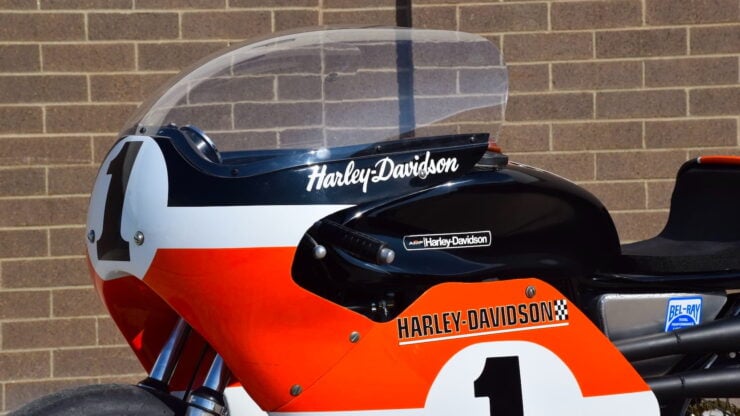 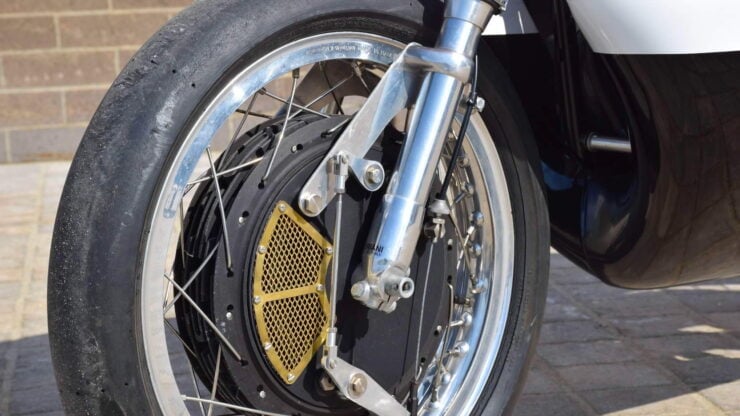 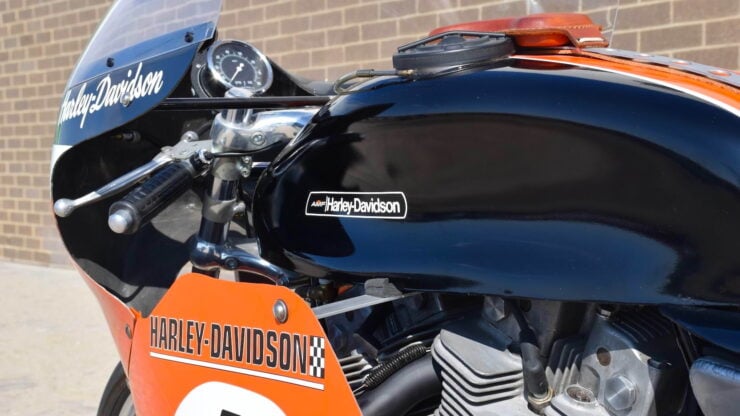 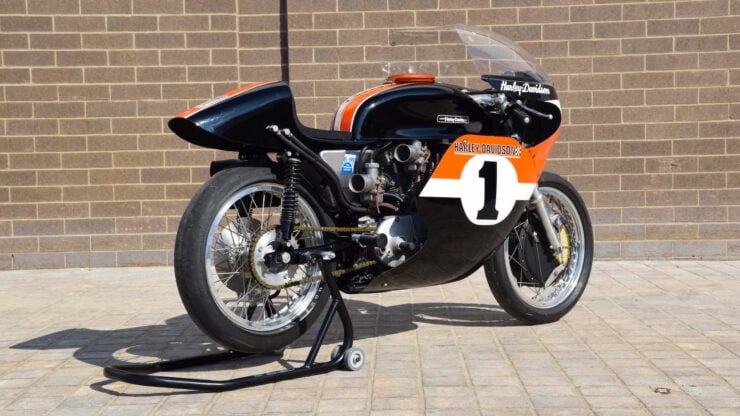 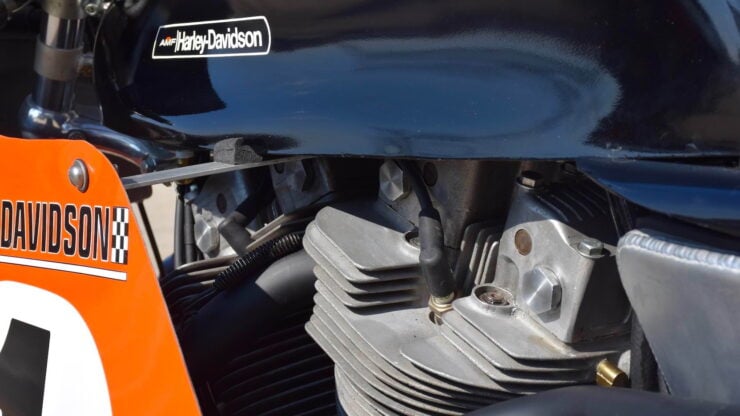 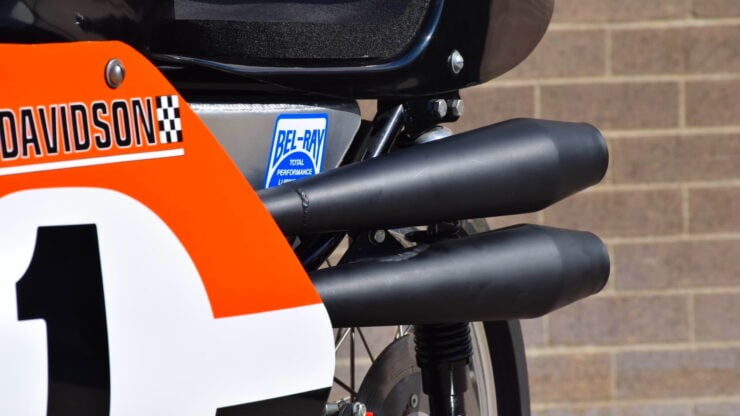 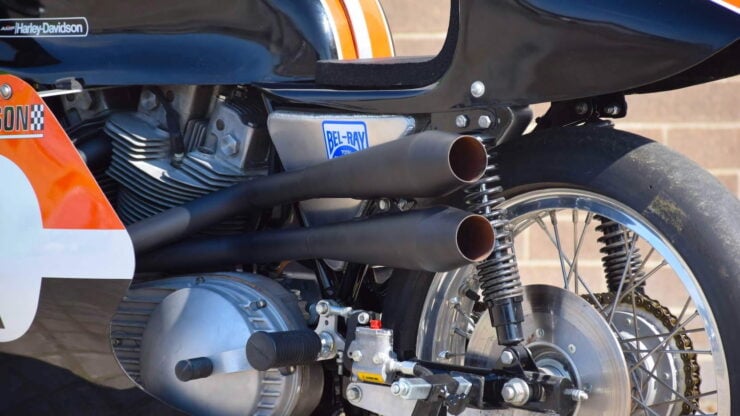 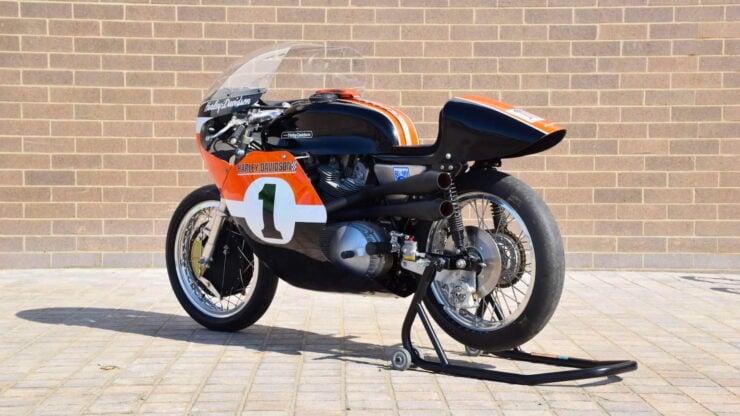