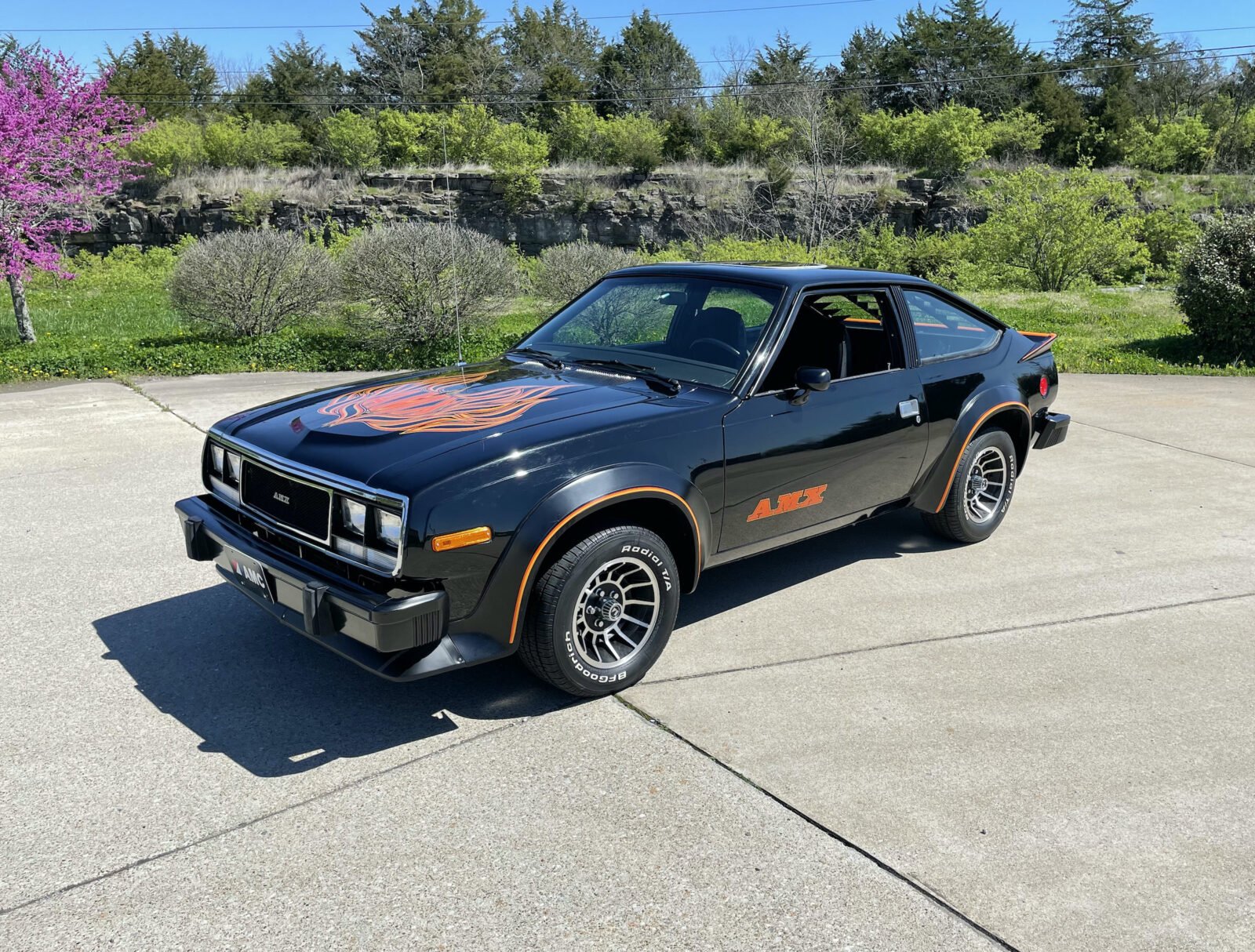 This is a first year AMC Spirit AMX from 1979, this was the high-performance version of the then-new AMC Spirit – a compact car capable of good fuel efficiency that could still fit the company’s 304 cu. in. V8 under the hood.

Although it wasn’t originally intended as a race car the AMC Spirit , and the AMC Spirit AMX in particular, proved remarkably competitive as both circuit and drag racing cars. The Spirit AMX famously won its class at the 1979 Nürburgring 24 Hour endurance race, taking 1st and 2nd in class from a field of 120 cars.

Other AMC Spirits were also raced by privateers in International Motor Sports Association (IMSA) Champion Spark Plug Challenge and Racing Stock Class events, and due to their small size and ability to accommodate a V8 they became popular with drag racers.

Above Video: Watch the exploits of the AMX team including actor James Brolin that took 1st and 2nd in class at the 1979 Nürburgring 24 Hour endurance race.

When it was first released in 1979 AMC offered the Spirit the base engine was a 121 cu. in. (2.0 litre) inline-four supplied by Audi, fundamentally the same engine used in the Porsche 924 though with some modifications applied by AMC.

The car was built on a modified version of the AMC Gremlin platform, a car that had shown great promise but had struggled due to its rather unconventional looks.

Buyers could opt to upgrade the base engine to either AMC’s 232 cu. in. (3.8 litre) or 258 cu. in. (4.2 litre) straight-sixes, with the top engine option being the 304 cu. in. (5.0 litre) AMC V8. Transmission choices included both a 3-speed TorqueFlite automatic as well as both 4 and 5-speed manual transmissions over the life of the model.

The two most interesting cars that were based on the Spirit platform were doubtless the sporting Spirit AMX and the unusual AMC SX/4 – a four-wheel drive version with lifted suspension that many now consider to be decades ahead of its time.

Collector interest in these cars seems to have been increasing in recent years and it’s getting harder to find good examples that are original and rust free. Many were scrapped years ago when their values were low, sadly a common plight for cars like this. 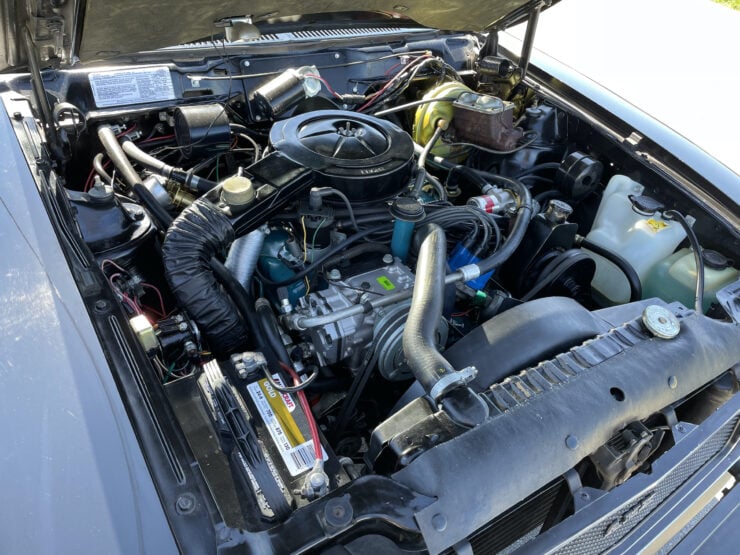 The car you see here is a first year model Spirit AMX, it’s fitted with the 304 V8 as you would expect, sending 125 hp to the rear axle through a TorqueFlite automatic transmission.

This amount of power from a 5.0 litre V8 seems a little low however this is mostly down to emissions requirements, owners have found a number of ways of increasing the power output to well over 200 hp relatively quickly.

As an AMX this car has the popular decals installed over a black background, it’s currently showing fewer than 8,400 miles on the odometer, and it has air conditioning, power locks, power steering, and power brakes.

If you’d like to read more about this car or register to bid you can click here to visit the listing on RM Sotheby’s. It’s due to cross the auction block in late April with a price guide of $30,000 to $35,000 USD. 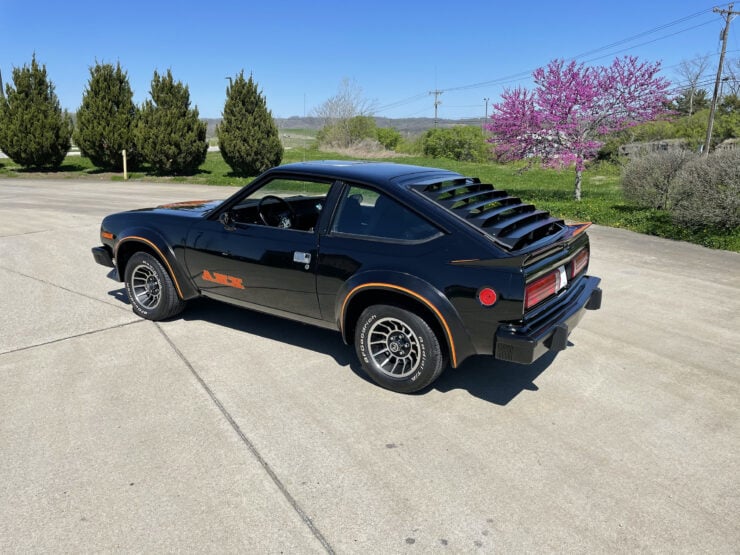 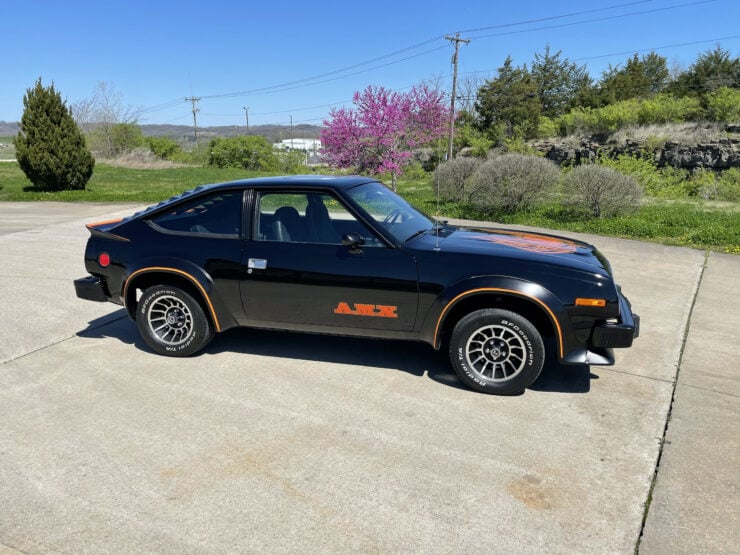 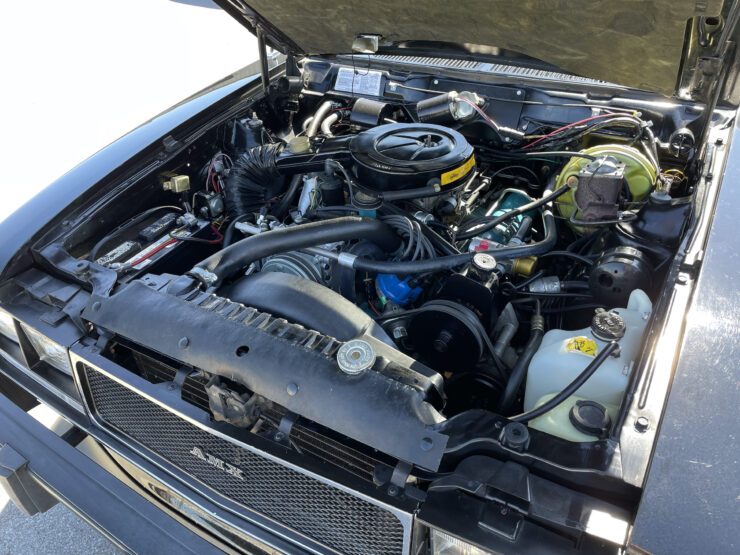 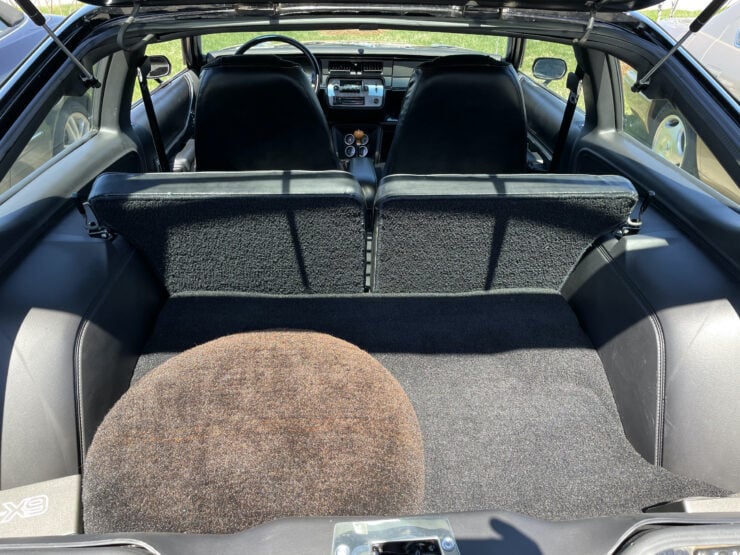 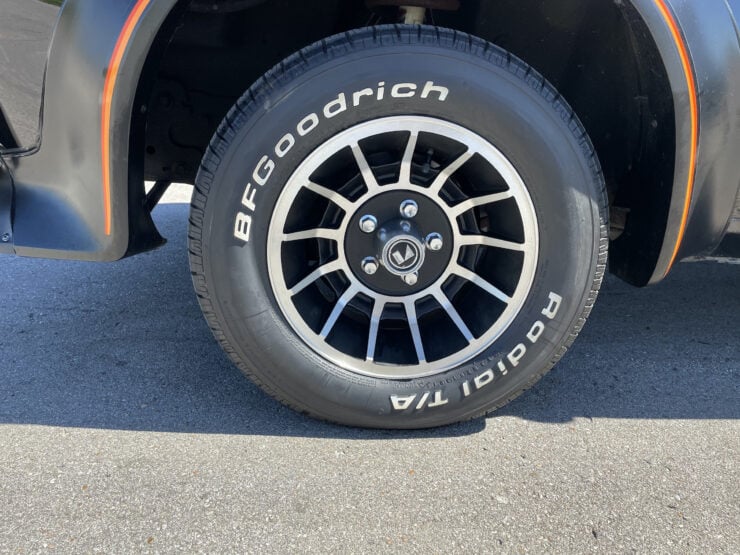 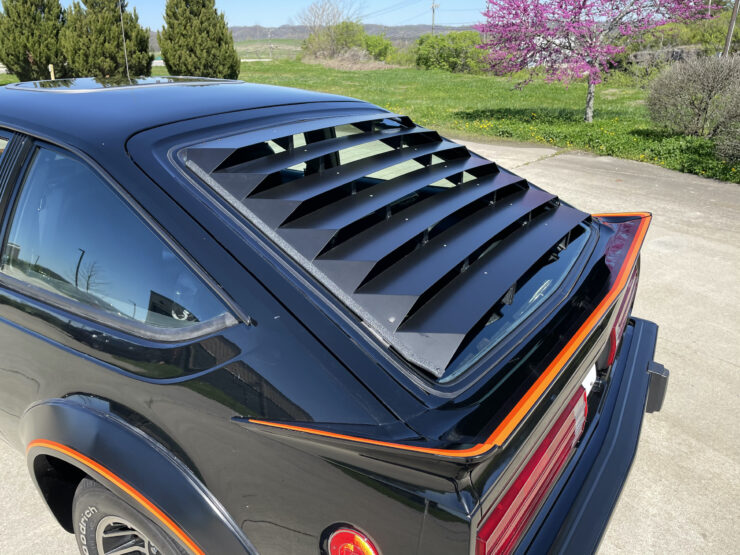 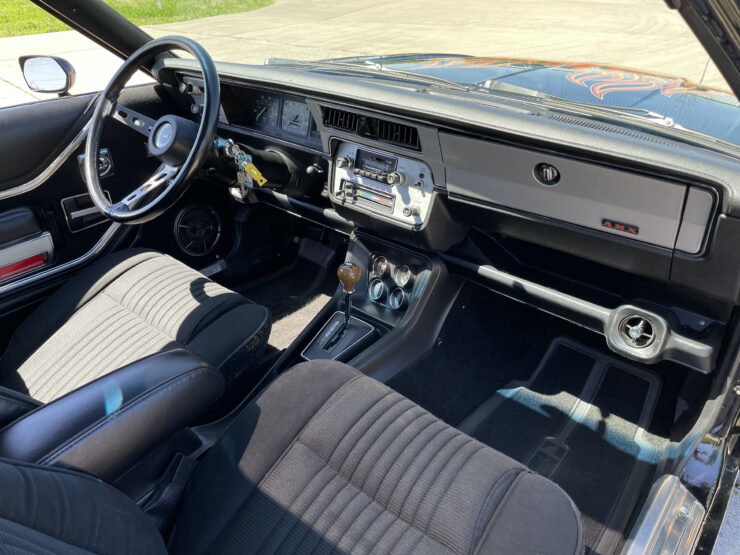 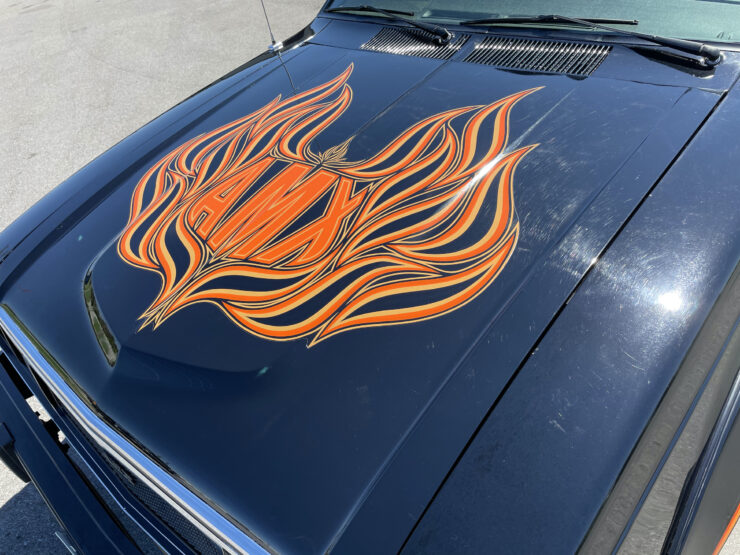 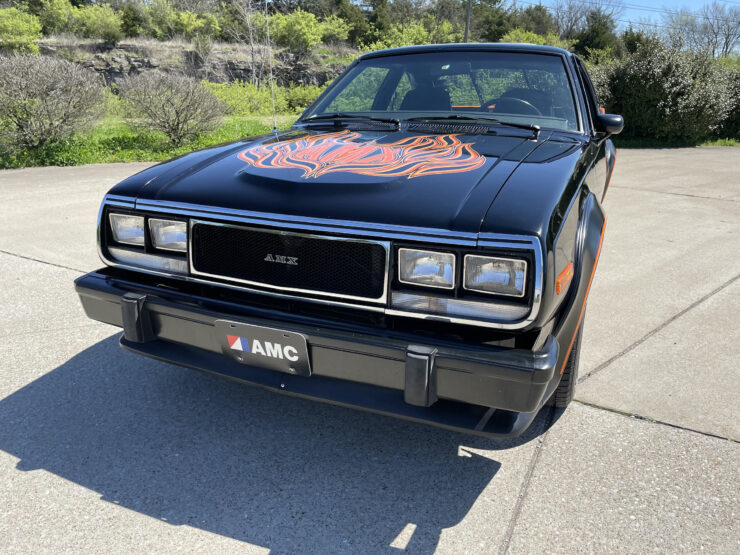 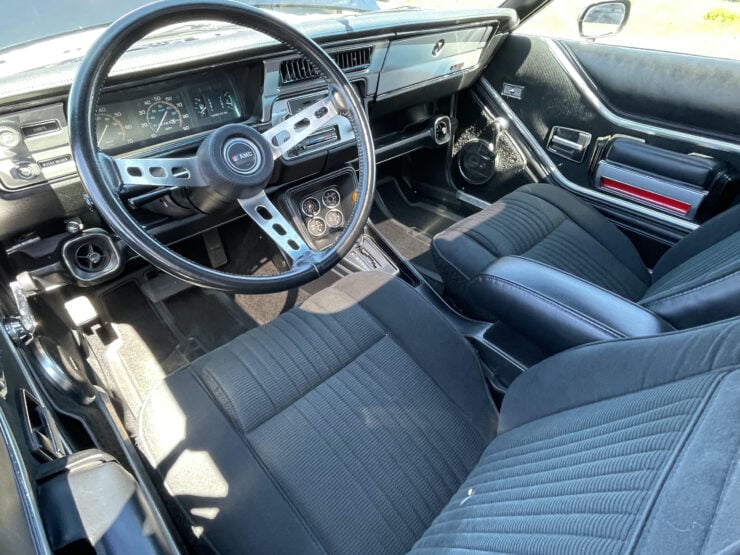 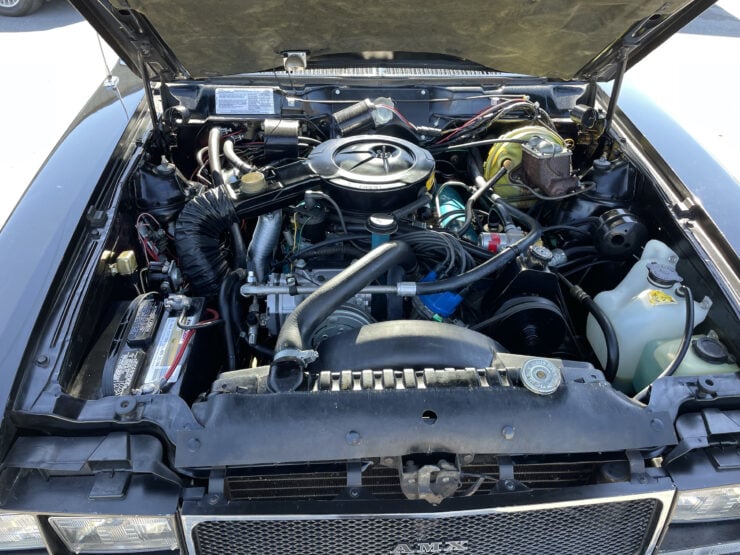 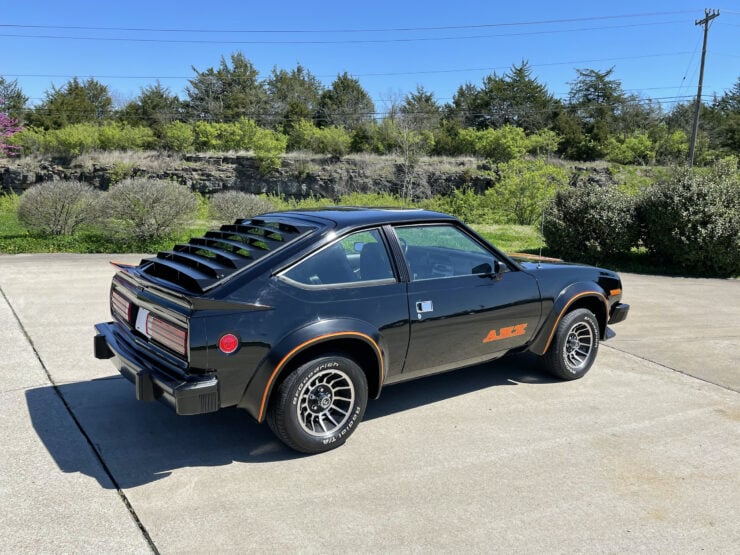 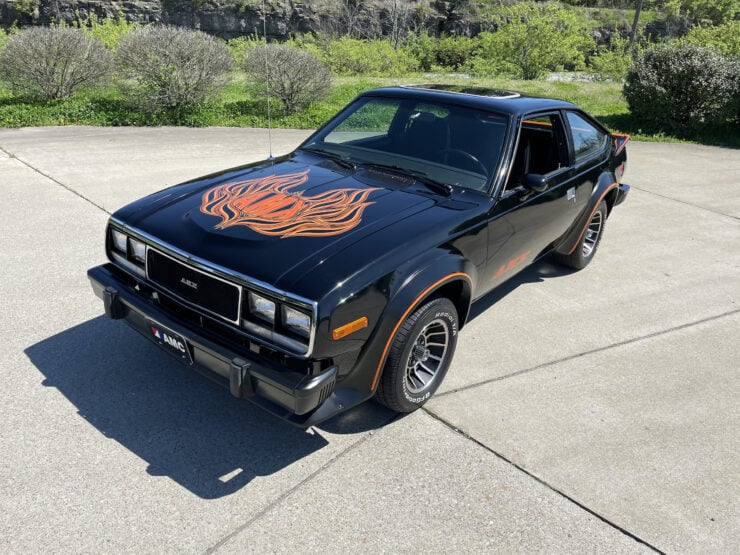