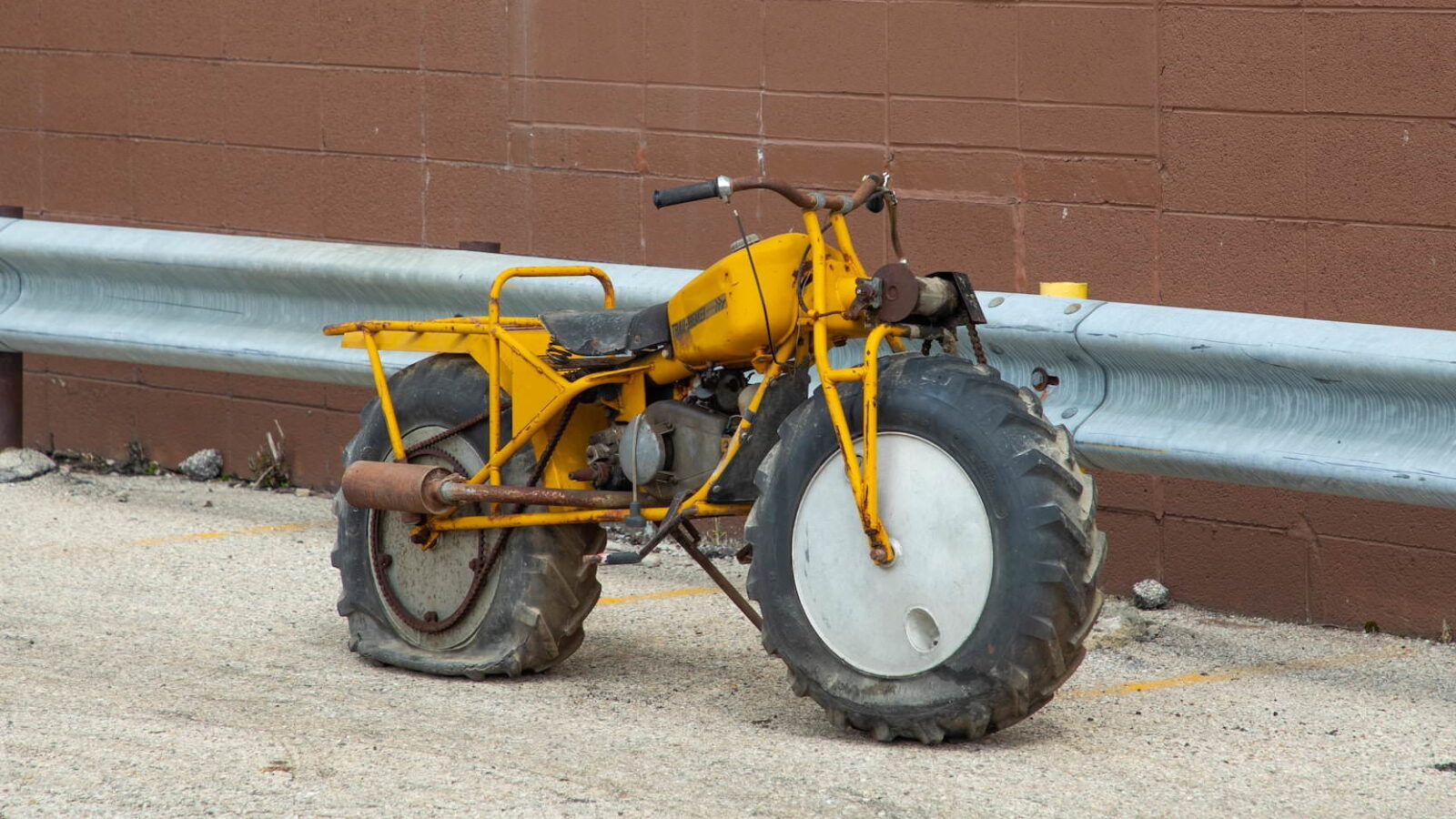 The Rokon Trail-Breaker is one of the toughest and most off-road capable in the world thanks to its unusual two-wheel drive system, its large tractor tires, and its generous 14″ of ground clearance.

Rokon is an American motorcycle marque and they’re one of the country’s most enduring low-volume vehicle producers – they’ve been in business since the late 1950s and they’re still going strong today. The company offers a few off-road motorcycle models, the most famous of which is the model you see here, the Rokon Trail-Breaker.

Whereas most modern off-road motorcycles focus on speed rather than out-and-out terrain crossing due to the demands of enduro and motocross, the Trail-Breaker was developed specifically to tackle any terrain you may encounter.

As a result of this the Trail-Breaker isn’t a fast motorcycle, 35 mph is the top speed and most riding is done at around 20 mph, however it can climb inclines of up to 60º, it can be floated across rivers due to its large tires, and it’s climbed mountains from the Rockies of Colorado to the Andes of Chile. 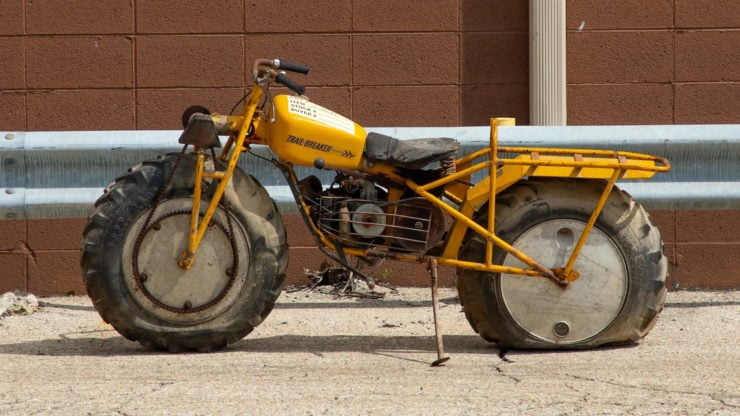 The two-wheel drive system used by the Rokon Trail-Breaker was invented all the way back in the 1950s, it uses a time-tested combination of belt, chain, and shafts coupled to gearboxes, these provide equal drive both the front and rear wheels.

The benefit of two-wheel drive in an off-road motorcycle are clearly apparent, with the front wheel pulling as the rear wheel pushes you can climb steep gradients with loose surfaces, and if the rear wheel does lose traction you still have the front.

Interestingly the front and rear alloy wheels are sealed drums designed to carry fluids, so you can store up to 2.5 gallons of fuel or water in each wheel. This offers extended range for longer trips and reduces the amount of fuel and water canisters that you need to carry.

Over the years the Trail-Breaker has been powered by a variety of engines, earlier models used either two or four-stroke engines and newer versions use 7 hp four strokes. The bike tips the scales at a little over 200 lbs, it has one sprung seat and a rear luggage rack, many owners also add a rifle rack to one side for hunting. 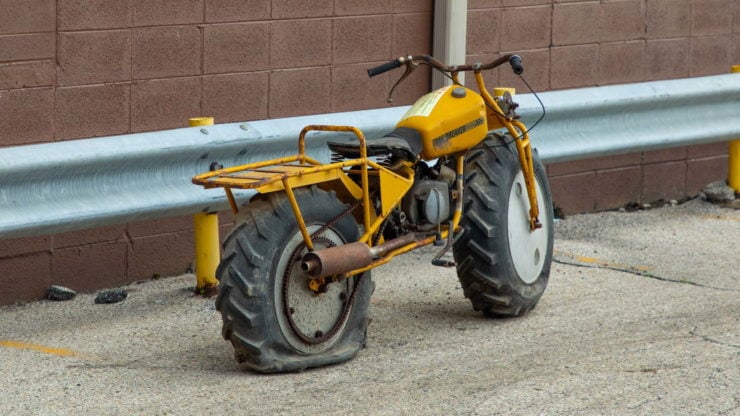 In the decades the Trail-Breaker has been around its been purchased and used by a wide variety of people and organisations including the United States’ Armed Forces, the Forest Service, Fish and Game officers in 25 US states, farmers, adventurers, and even treasure hunters.

The Rokon Trail-Breaker you see here is an older model that needs a restoration. The good news is that the company is still in business so parts aren’t typically hard to come by, and I can’t personally think of a cooler bike to hit the trails with than a vintage two-wheel drive motorcycle made in the USA.

The bike will be crossing the auction block with Mecum in mid-July, there’s currently no estimate and it’s being offered with no reserve. If you’d like to read more about it or register to bid you can click here to see the listing. 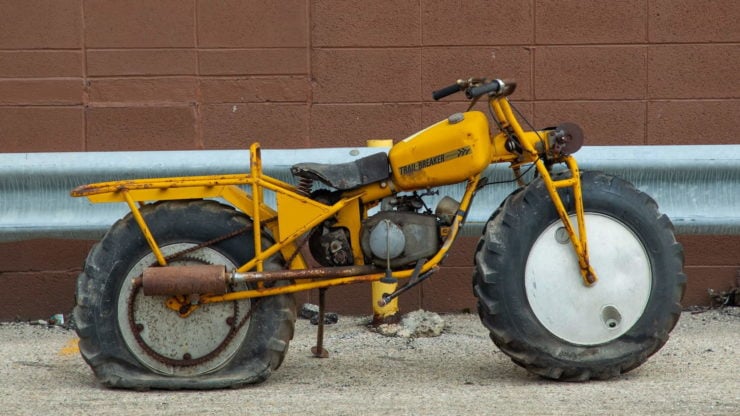 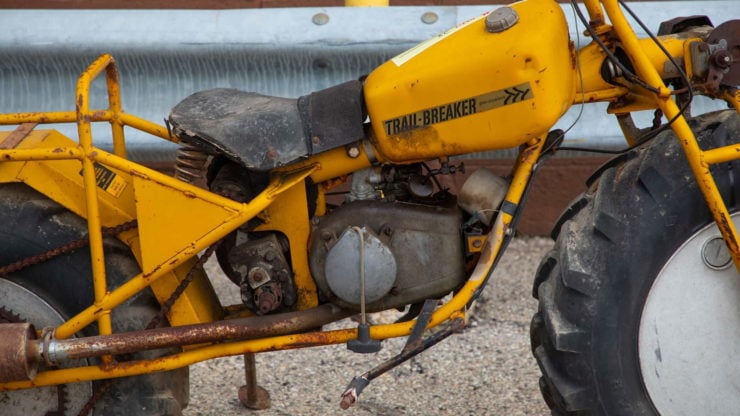 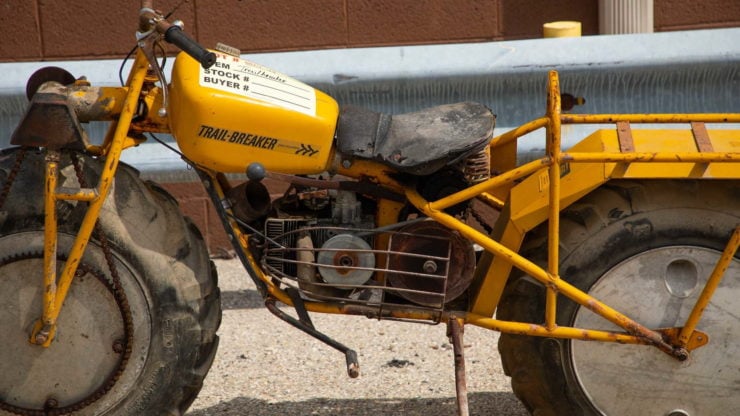 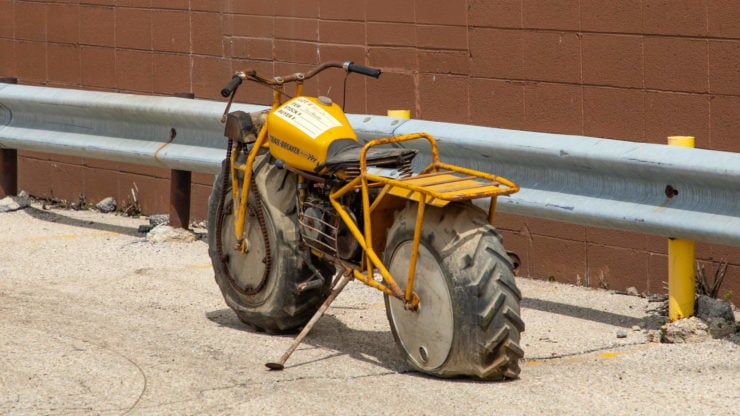 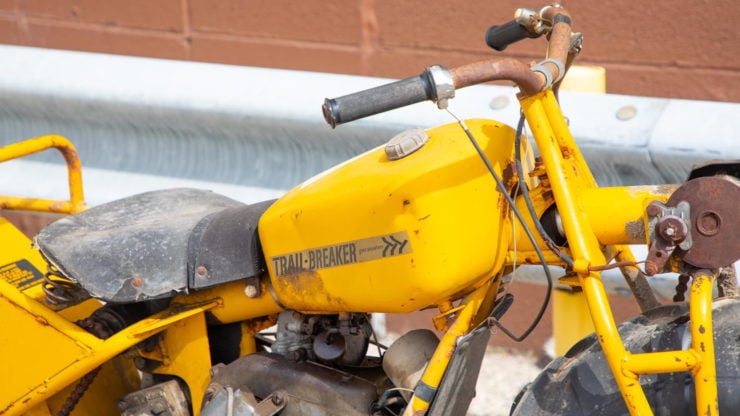 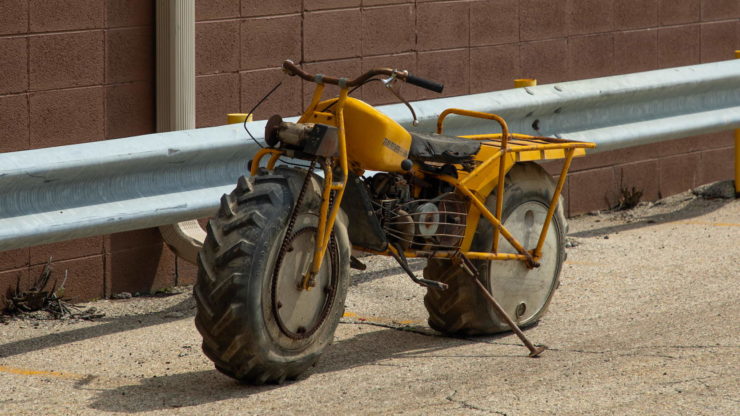 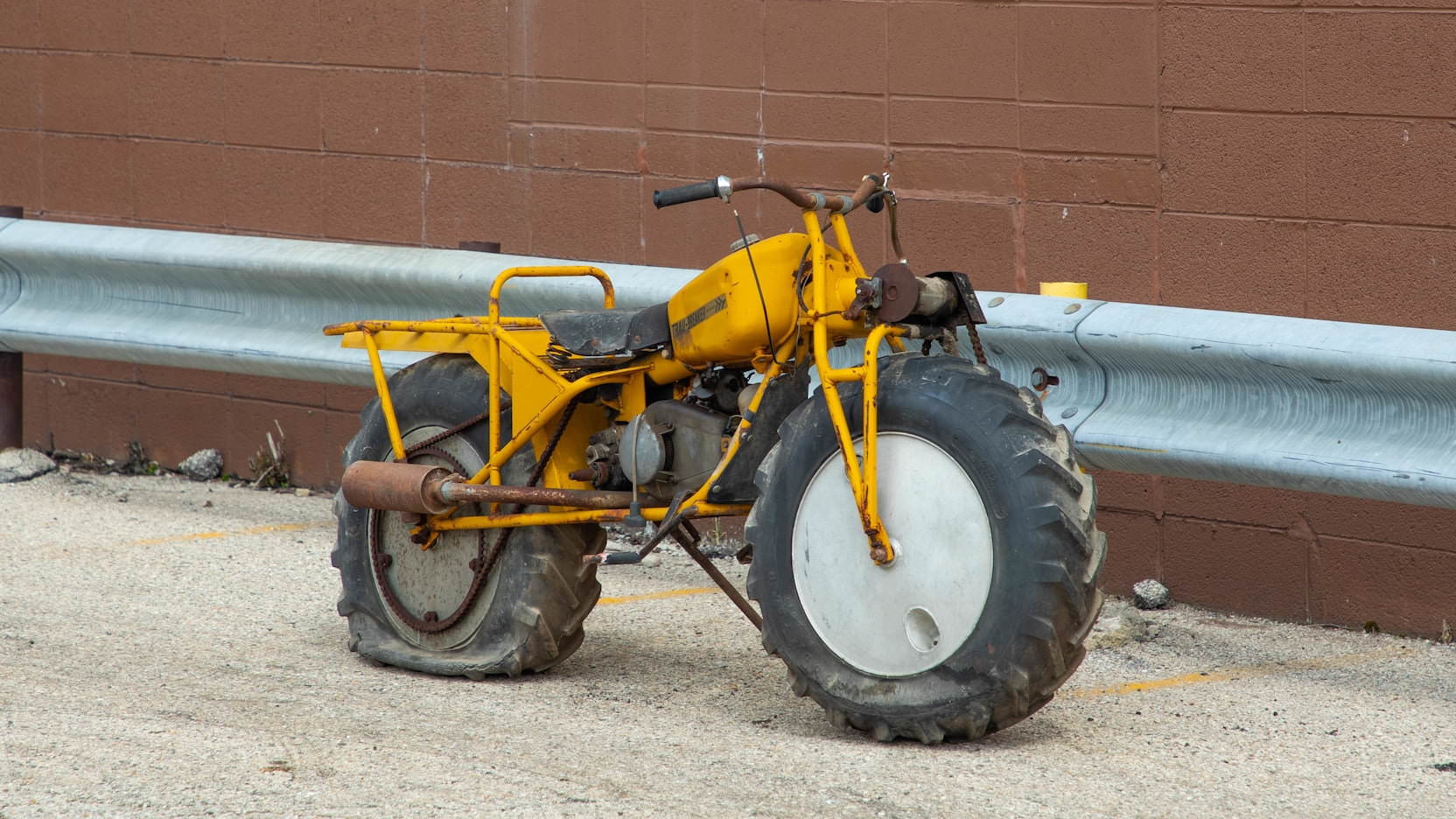