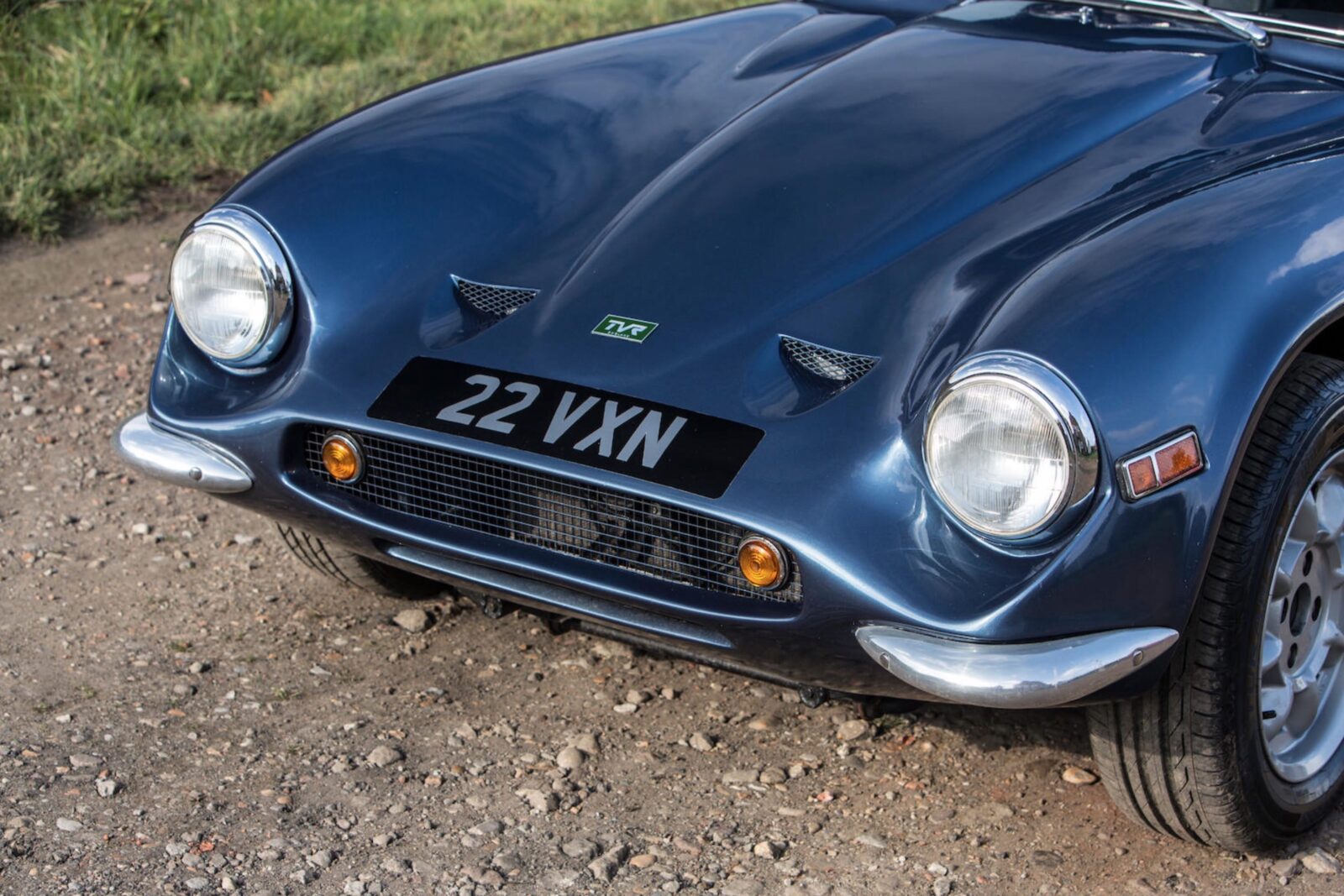 A Brief History of TVR

TVR is a British low-volume carmaker famous for two things – 1: It’s name is a contraction of “Trevor” because that’s the company founder’s name, and 2: Its cars are so raw and visceral they’re famous for showing up any shortcomings in a driver’s abilities. Often by flying sideways through a hedge.

The company was founded back in 1947 in the true British garagiste style, “garagiste” is a term coined by Enzo Ferrari to describe low-budget racing car manufacturers like Lotus and Cooper. Much to Enzo’s annoyance these garagistes often matched or bettered his own cars on the Grand Prix circuits of the Formula 1 calendar, and they developed innovations like mid-mounted engines and monocoque chassis.

Over the years TVR developed a reputation for building very lightweight cars, typically with a semi-spaceframe chassis with a central backbone structure. Outriggers are welded in on either side of the backbone, a fiberglass body was fitted over the top, independent suspension was used front and back, and the engine was generally installed in either a front or front-mid location powering the rear wheels through a manual gearbox.

The above recipe sounds simple enough, and it’s worked remarkably well for TVR – it was their de facto structural design from the mid-1950s till the mid-2000s and it’s a big reason the company became (arguably) the most beloved low-volume, hairy-chested automaker in Britain.

In June 2017 TVR returned to production with an all-new TVR Griffith, designed by Gordon Murray, with a Ford Cosworth V8, a carbon fibre and aluminum-alloy ground effect chassis, and a top speed reported to be over 200 mph. The future for TVR looks bright, and I can’t help but think that company founder Trevor Wilkinson would wholeheartedly approve of the marque’s new British supercar. 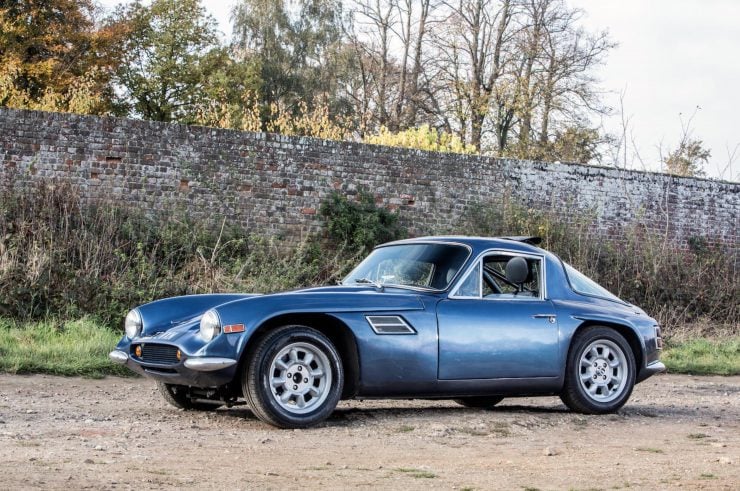 The TVR Vixen series was introduced in 1967 and built until 1973, the car was offered with a variety of different engines over its production run, including the 1599 cc Ford Kent engine, the 1296 cc Triumph Spitfire engine, and the 2498 cc Triumph TR6 engine.

The Vixen was an evolution of the outgoing 1800S, it used the same chassis and a fiberglass body that had been slightly revised, though still looked much the same to the unfamiliar eye.

None of the engine options for the Vixen series were particularly powerful, but much like the cars being built by Lotus, the secret to the success of the TVRs was their low weight. Depending on the engine and drivetrain, the Vixen weighed somewhere in the region of 1,600 lbs.

The most desirable iteration of the TVR Vixen was the 2500, it was fitted with the 105 hp inline-6 from the Triumph TR6, which had already been certified for US emissions standards. Enterprising owners knew they could boost horsepower by 50% or more with some effort, and today most of the examples you find have had a series of performance tweaks resulting in them being far quicker than they would have been fresh from the factory. 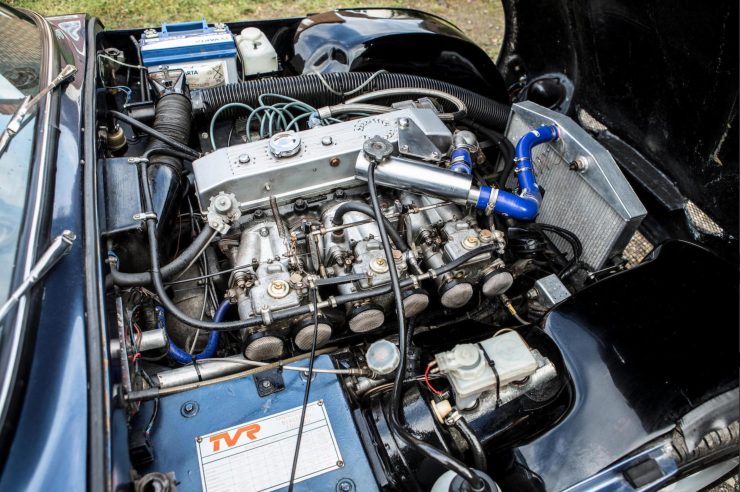 Power is fed rearwards through a 4-speed Triumph gearbox with overdrive on 3rd and 4th, a balanced prop shaft and limited-slip differential. Inside the cabin there are twin bucket seats with Sabelt 4-point harnesses, a roll cage, and a fire extinguisher on the passenger side.

Of the 289 TVR Vixen 2500s that were built, this is doubtless one of the quickest, it’s due to be sold by Bonhams at the London Olympia Auction on the 6th of December with an estimated hammer price of between £22,000 and £26,000. If you’d like to read more about it or register to bid you can click here to view the listing. 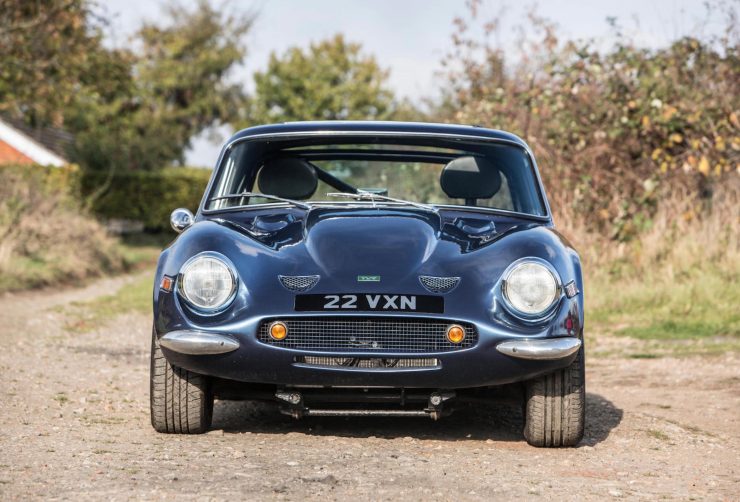 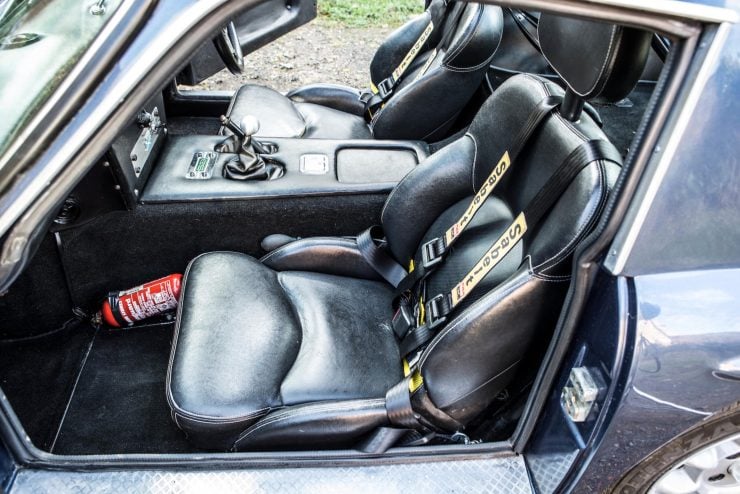 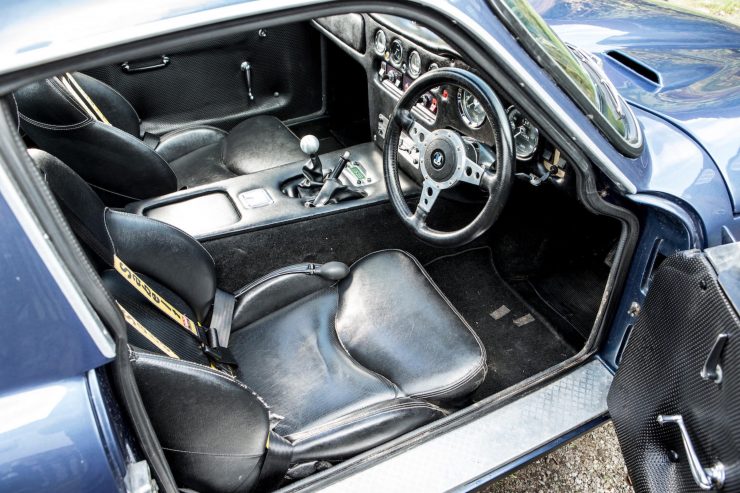 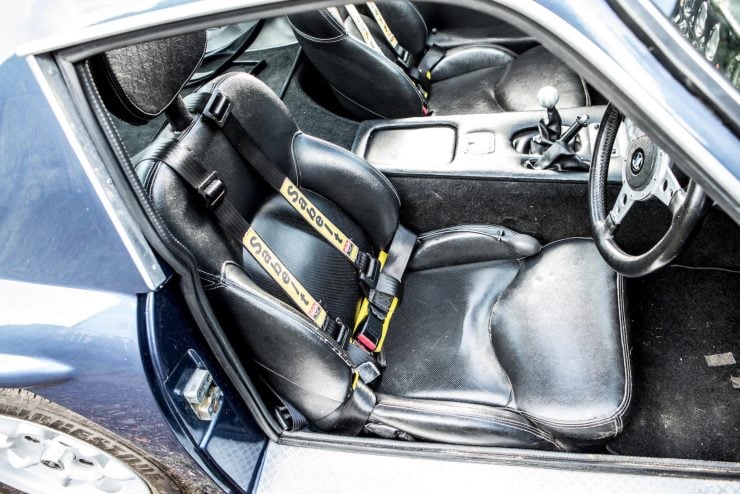 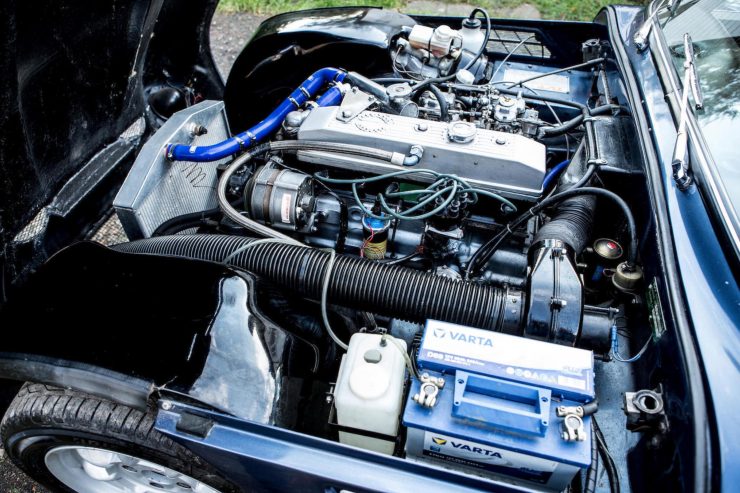 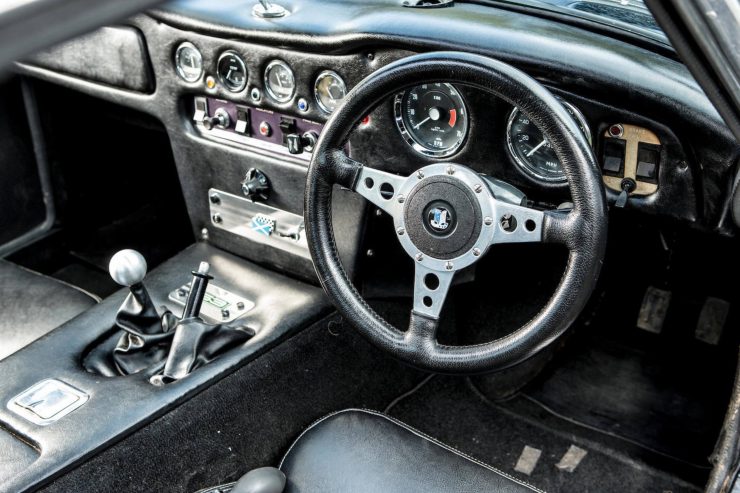 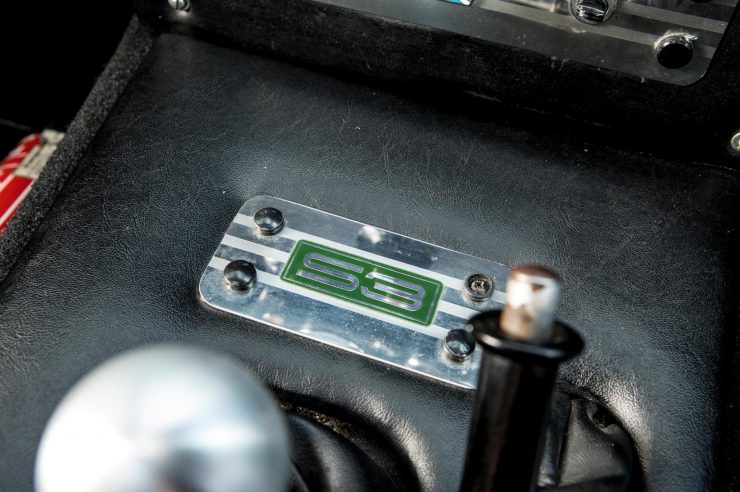 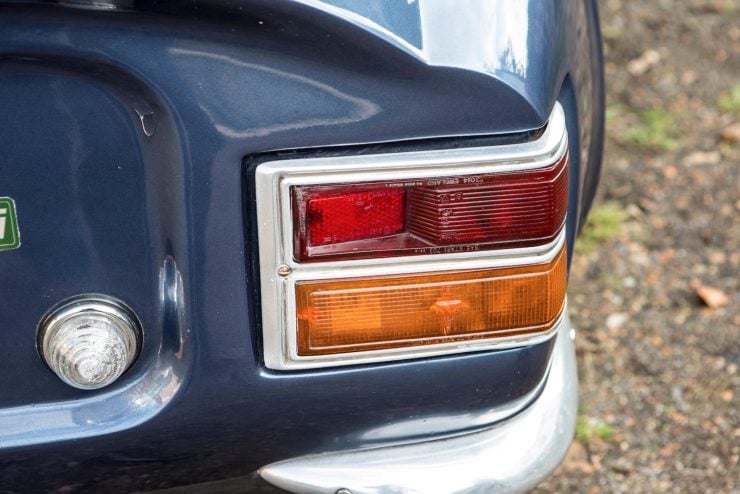 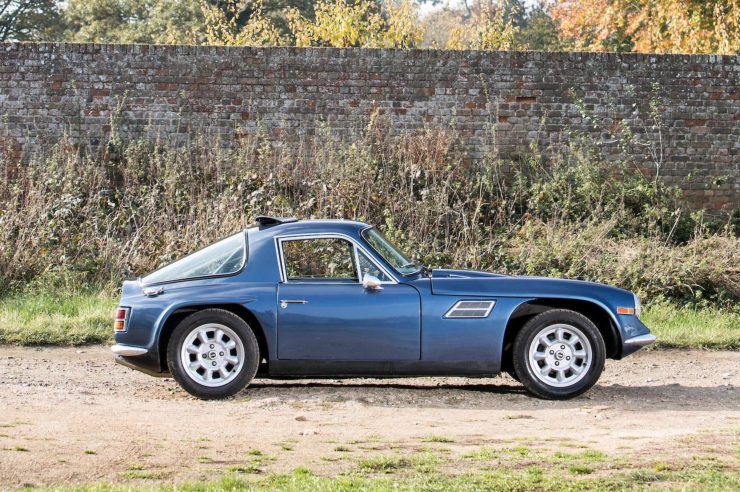 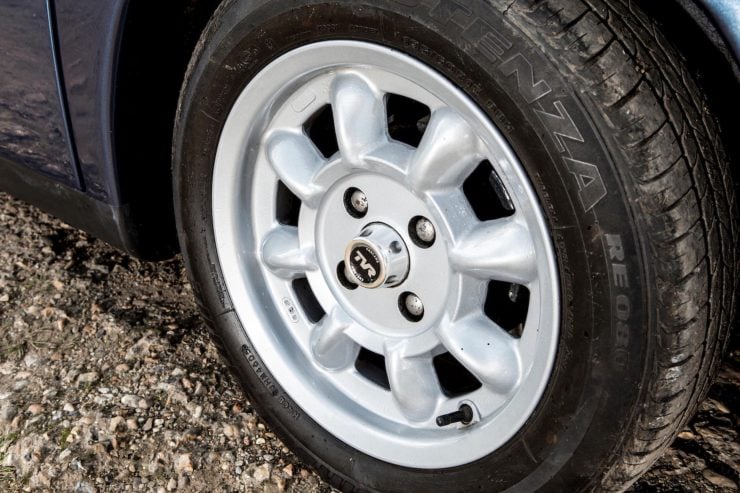 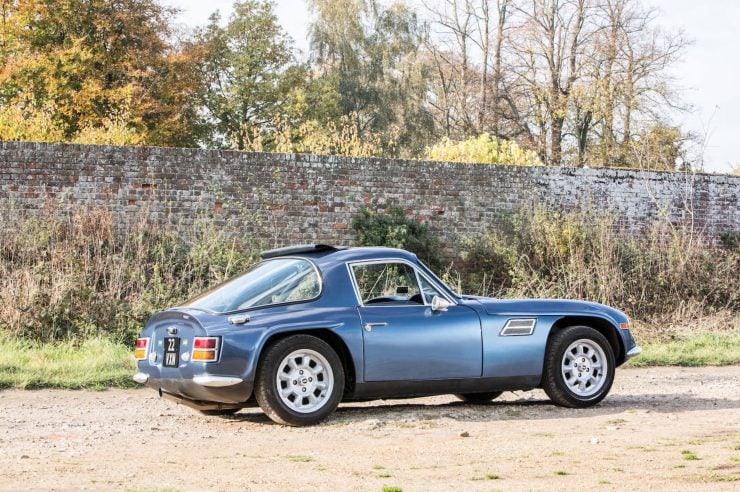 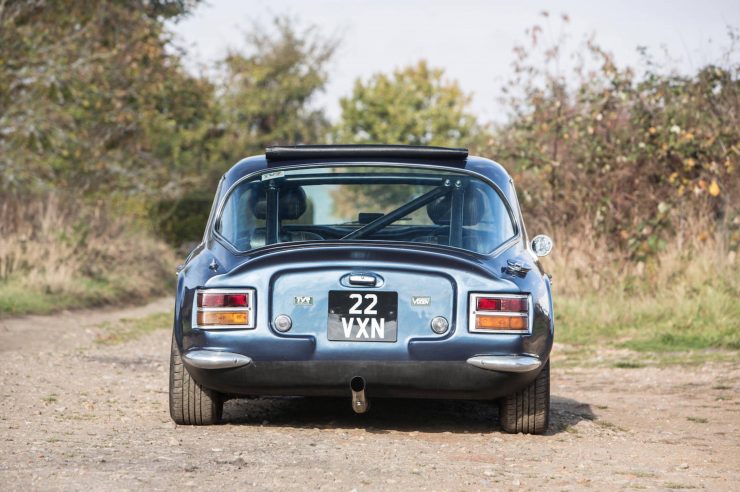 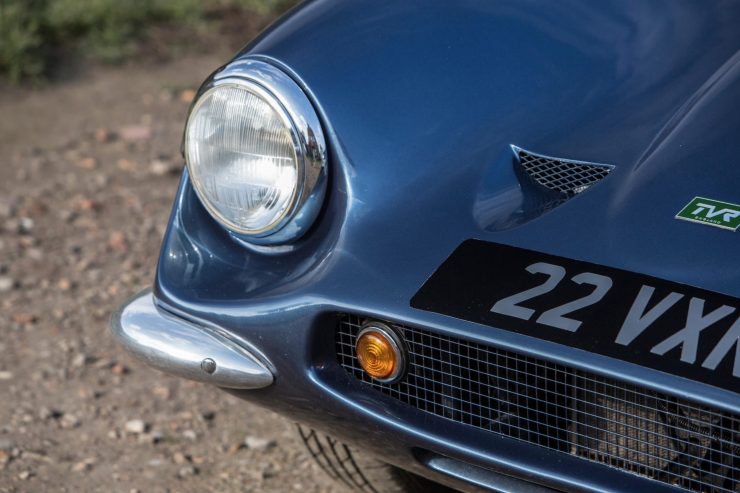 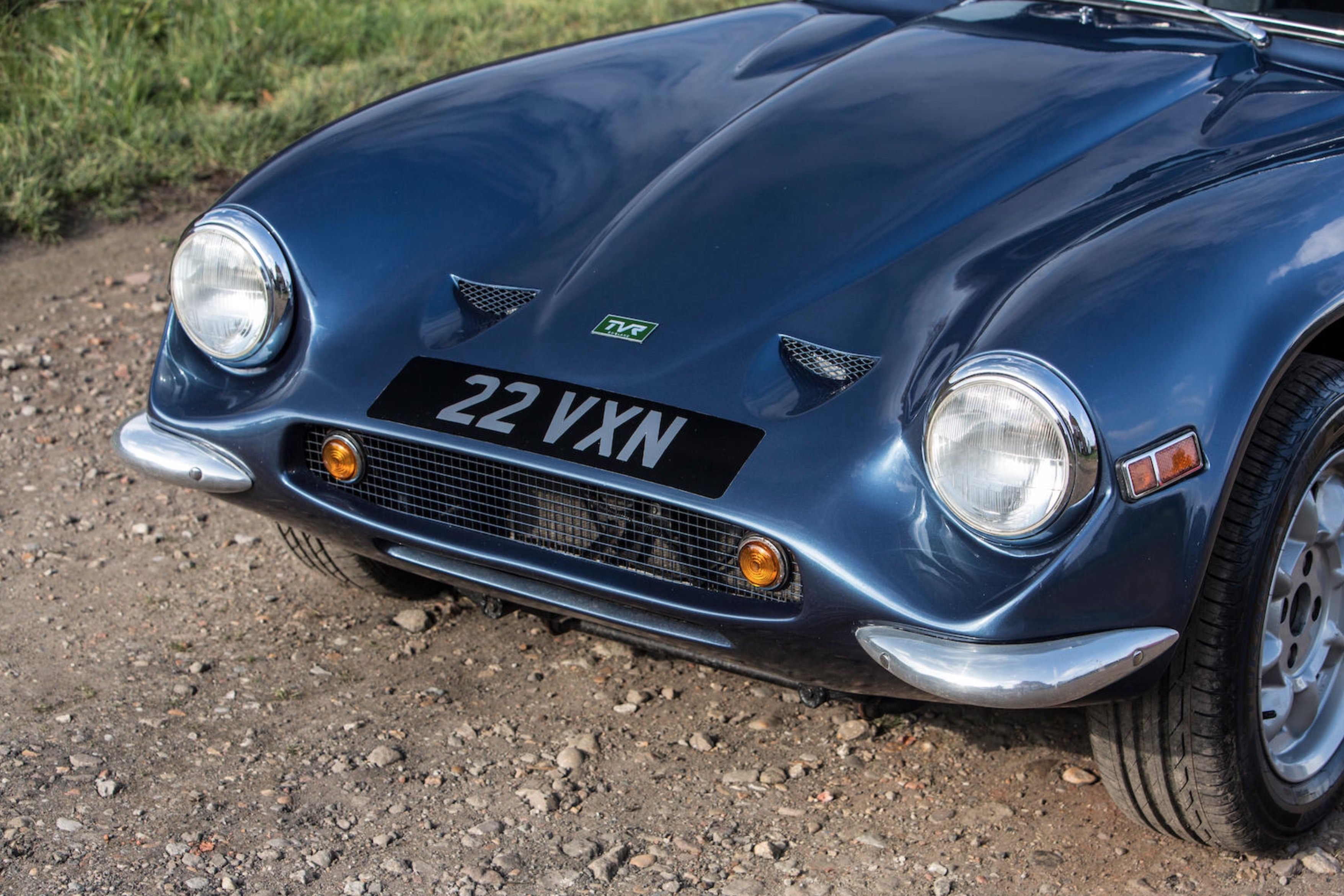