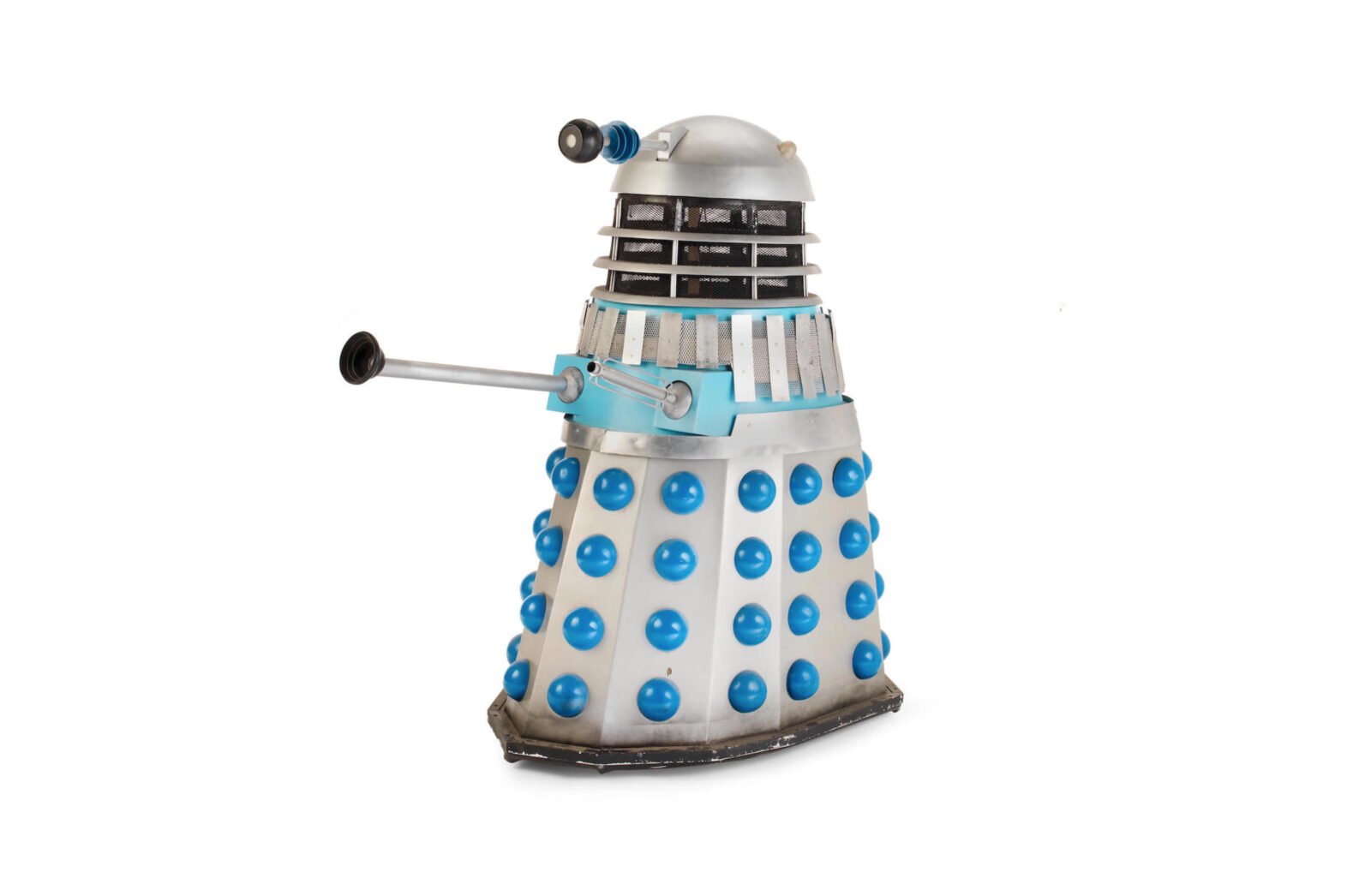 Doctor Who is a seminal science fiction TV series from the UK, it first aired in 1963 (3 years before Star Trek began), and it’s continued in various iterations since. Over the decades there have been 12 Doctors in the lead role, playing variations of the same character: a humanoid alien from the planet Gallifrey, who has been tasked with battling evil using his time-travelling spaceship, the TARDIS.

The Daleks are the oldest villains from the series, first appearing in 1963. The Daleks were originally Kaleds from the planet Skaro, but they were genetically modified by the evil scientist Davros, then housed in retrotastic armored shells for mobility. Under their shell they look much like giant-brained octopuses.

The Dalek you see here was constructed in 1990, and it’s been used on screen in Series 7 episode Asylum Of The Daleks, as well as The Magician’s Apprentice and The Witch’s Familiar in Series 9. It’s now due to be sold by Bonhams at the Entertainment Memorabilia Auction due to be held on the 13th of December and the estimated price is between £10,000 and £15,000. 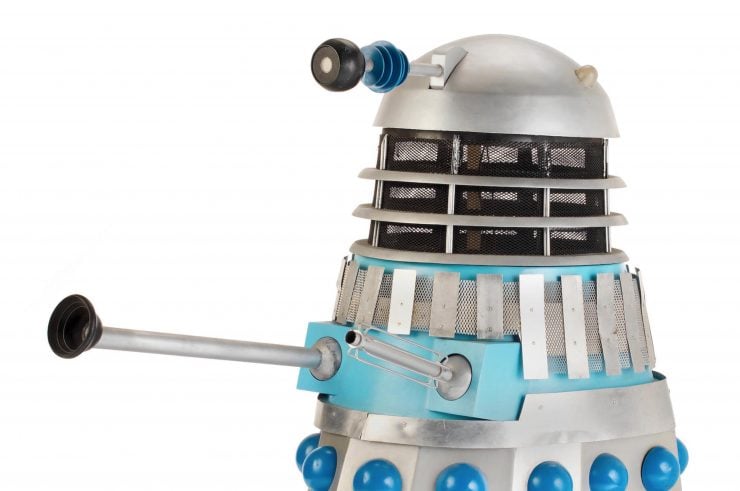 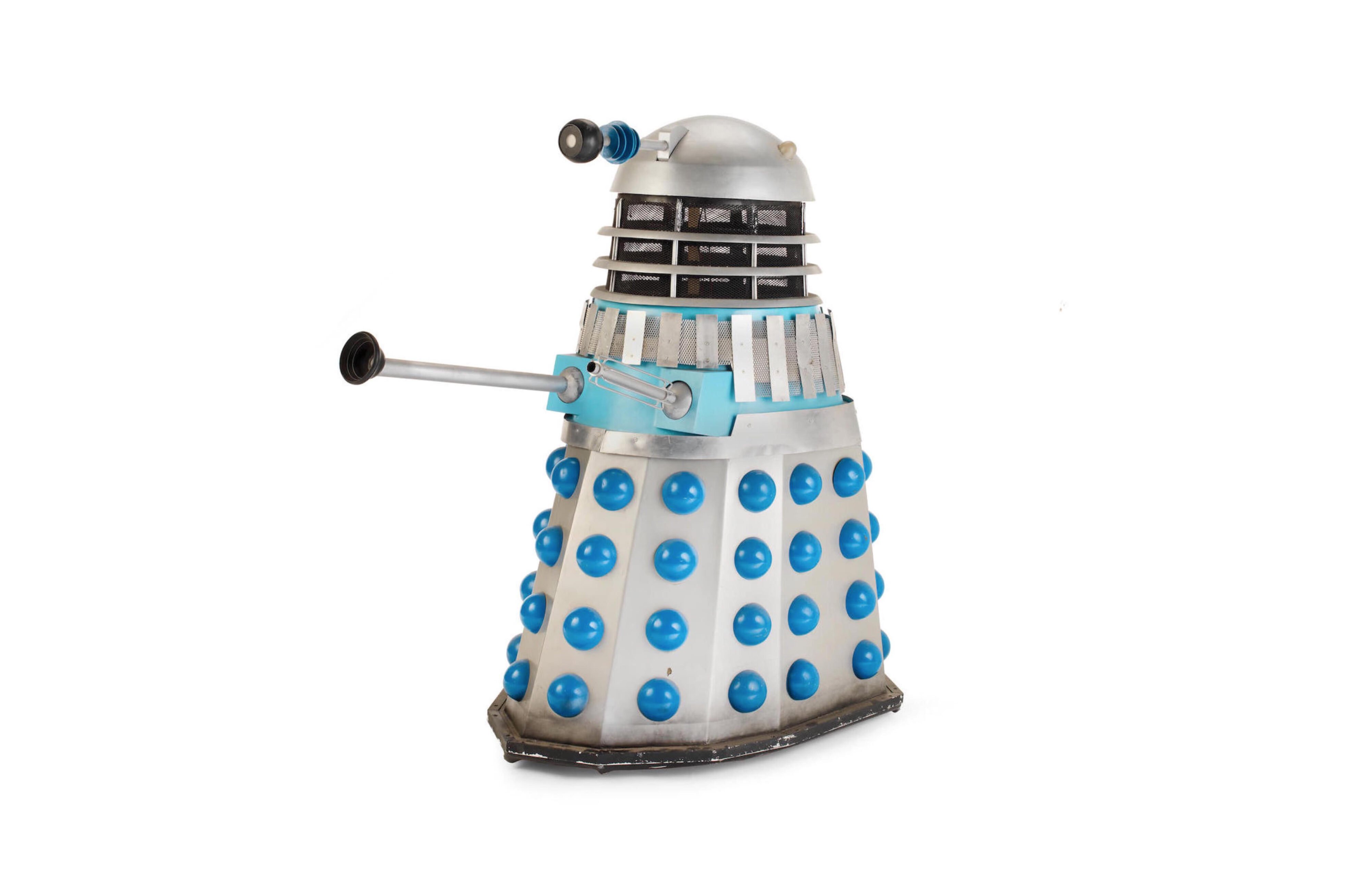