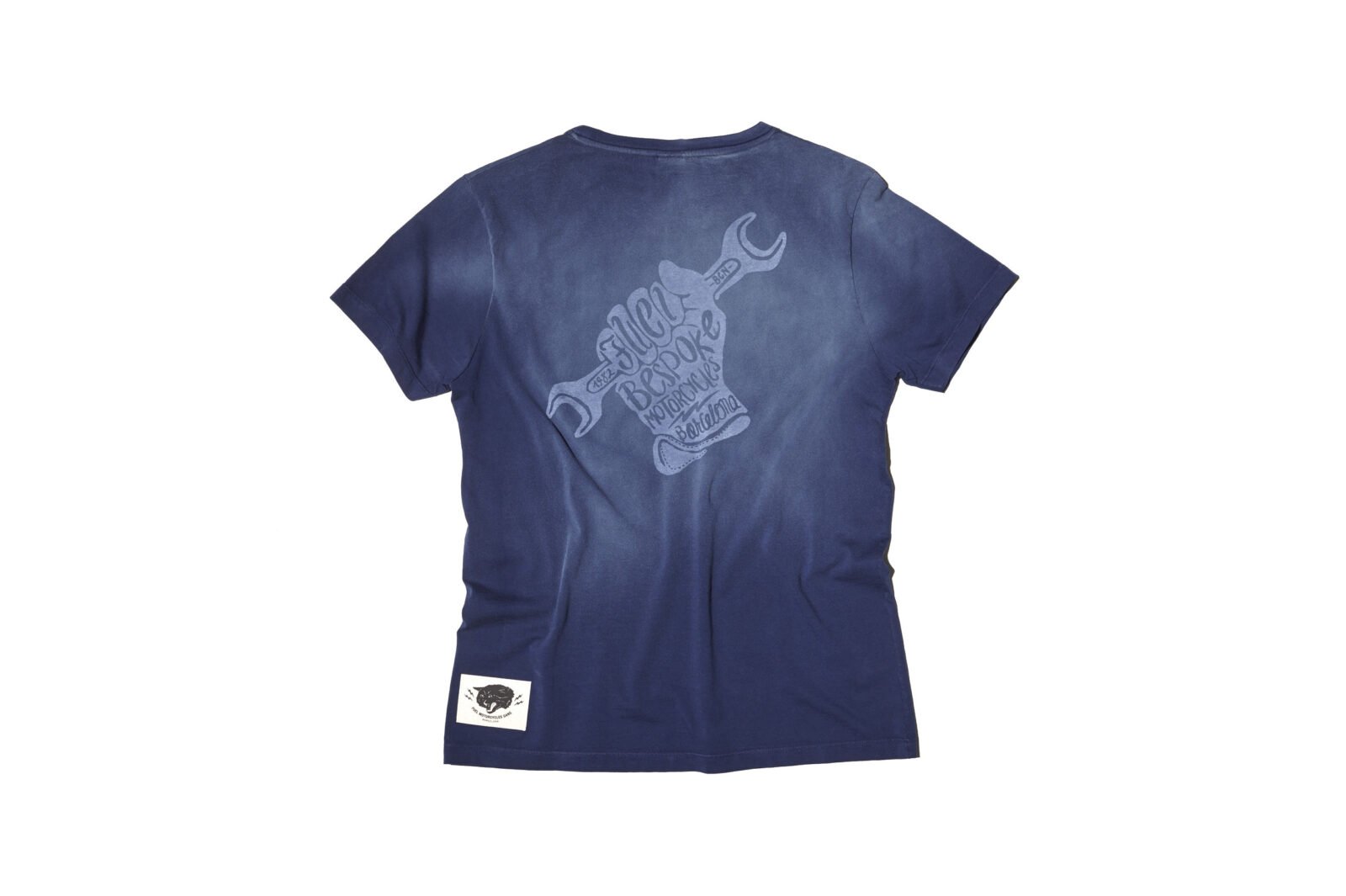 More recently they’ve started designing their own gear, including the indigo cotton t-shirt you see here.

It’s made from 100% combed cotton, with a round neck, it comes in sizes from M to XL, and it’s limited edition – when they sell out of this design it’ll never get made again. 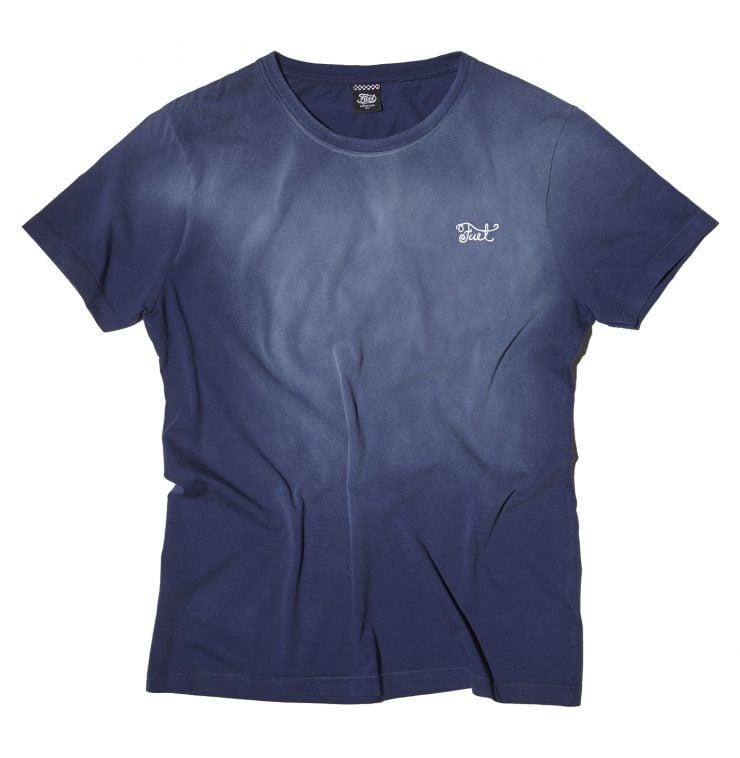 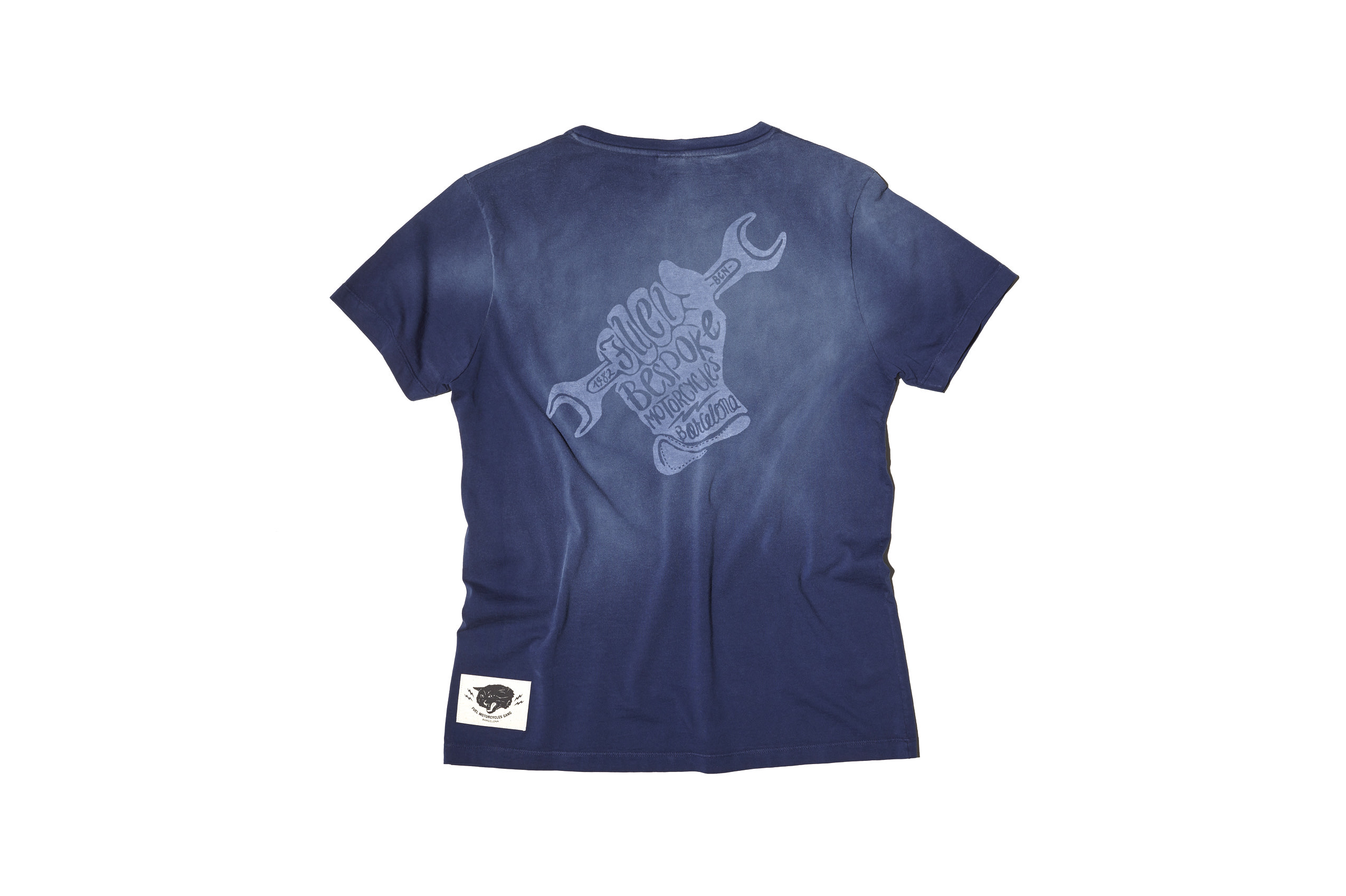