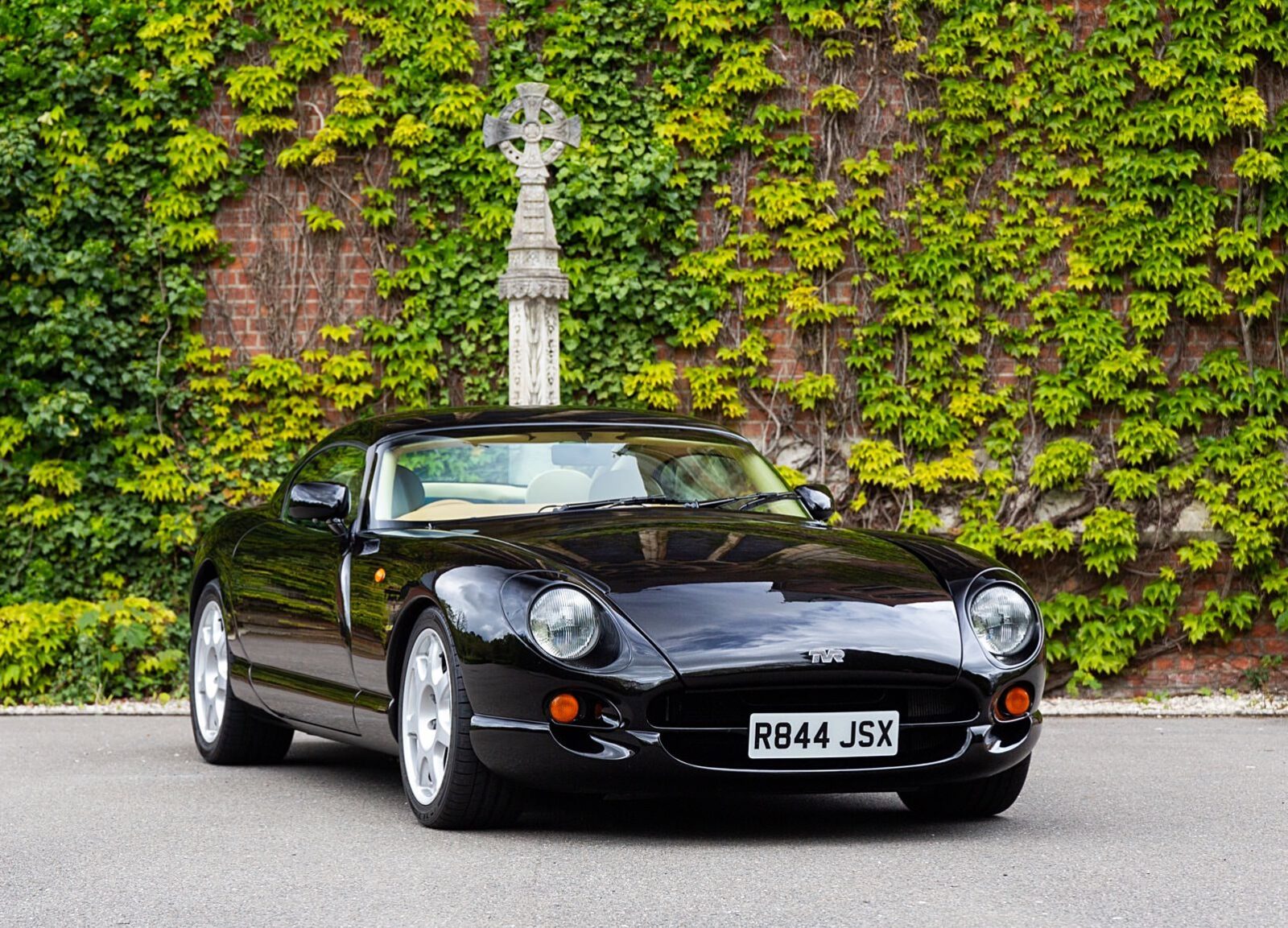 This is a TVR Cerbera, it’s a low-volume British performance car that was built between 1996 and 2006. It was named after Cerberus, a three-headed beast from Greek mythology that guarded the entrance of Hades.

The Cerbera (pronounced “Sir – Burr – Uh”) was the first vehicle to be powered by TVRs all new “Speed Eight” engine, an in-house developed high-performance V8 capable of over 440 hp. Prior to this TVR had always bought in engines from outside suppliers, like Rover, Ford, and Triumph.

Despite the relatively small size of TVR as an automaker they succeeded admirably in developing their own engine, an engine that would make the Cerbera one of the fastest production sports cars in the world when it was released.

The engine was designed by engineering legend Al Melling, a man who had designed engines for everything from Norton motorcycles to Formula 1 cars. The engine was developed with some input from both John Ravenscroft and (the then boss of TVR) Peter Wheeler, the project was named AJP8 as a result, taking the first initial of each man’s name.

Since its introduction the Speed Eight engine has been lauded as one of the best naturally aspirated V8s of its time, the highest performance road car version was capable of 97.7 bhp per litre – a figure that bests many full race engines.

The Speed Eight engine was fitted to the Cerbera’s steel backbone chassis which then had the lightweight fiberglass body fitted over the top. This construction method wasn’t dissimilar to the engineering of Lotus or Bolwell sports cars and it allowed low-volume manufacturing of lightweight sports cars that could best many of the world’s fastest. 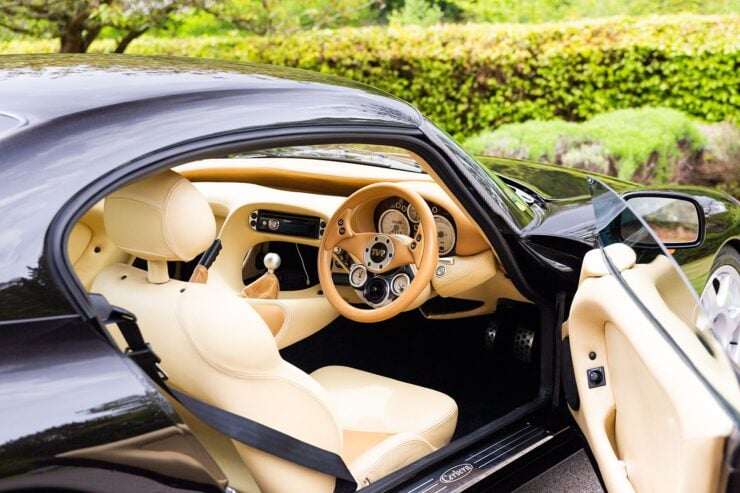 Above Image: The passenger compartment of the Cerbera is surprisingly well designed and opulent for a low-volume sports car manufacturer.

TVRs have a well-earned reputation as a true driver’s car – there’s no ABS, traction control, lane keeping assist, or any other electronic driver aids. The cars offer a traditional, analogue driving experience that has won them fans around the world, and ended up with more than a few in ditches when a driver exceeds his or her own abilities.

Inside the car you’ll find a 2+2 seating arrangement, that is two primary seats for adults in the back and two smaller seats with limited leg room in the rear. TVR designers ensured that the passenger seat can move further forward that the driver’s seat in order to provide more legroom for a rear passenger, as a result they called the Cerbera a 3+1.

The interior fit out of the Cerbera and all TVRs of the period is surprisingly opulent for a low-volume sports car manufacturer. Particular attention was paid to comfort and ergonomics, and there’s no other car with quite the same feel to it as a TVR from this period in the company’s history. 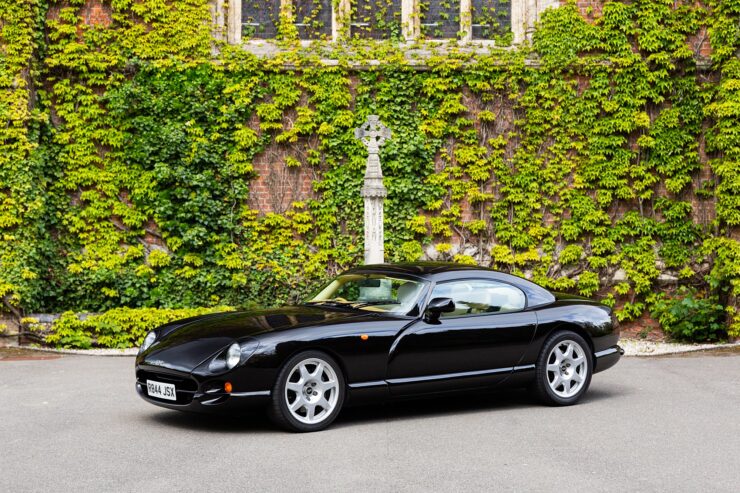 Above Image: The car’s sleek aerodynamics help it reach a top speed of 193 mph with the “Red Rose” engine option.

It’s believed that 1,490 examples of the TVR Cerbera were built over the production run, and less than 600 remain licensed on British roads today.

The car you see here is a 1998 TVR Cerbera with the desirable 4.5 litre Speed Eight engine, it’s finished in “Moonraker Black” paintwork and features a two-tone magnolia and biscuit leather interior.

The original 420 hp output of the engine has been increased somewhat with the fitment of a Whirlwind induction kit with blue inlet hoses, and an aftermarket ECU, as well as a “de-cat” large bore exhaust system.

The car is now showing just 18,597 miles on the odometer and it’s accompanied by the owner’s handbook and stamped service book, as well as documentation of its service history. It’s relatively rare to see 4.5 litre Cerberas in this condition come up for sale so this one will likely attract plenty of attention in the UK and further afield.

The car is currently being auctioned live on Collecting Cars, at the time of writing there are 7 days left to bid and the current bid is £16,250 with 20 bids cast so far. If you’d like to read more about this car or register to bid you can click here to visit the listing.

Above Video: Jeremy Clarkson pits the TVR Cerbera against some of the fastest production cars in the world (at the time) and shows just how fast it actually is. 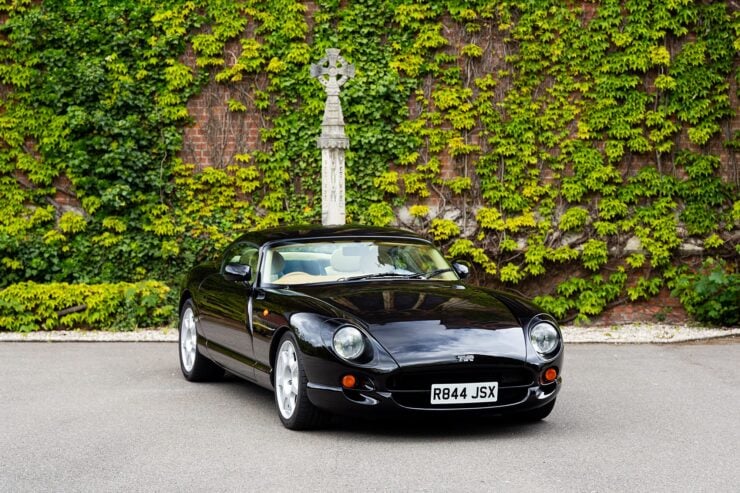 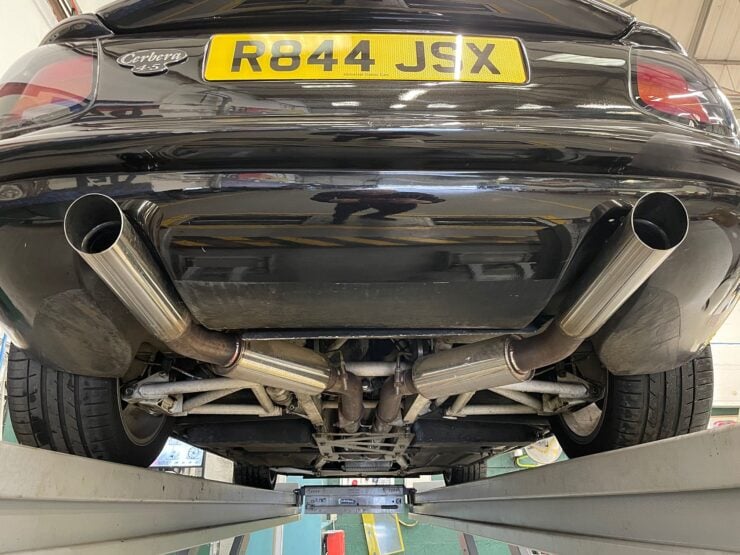 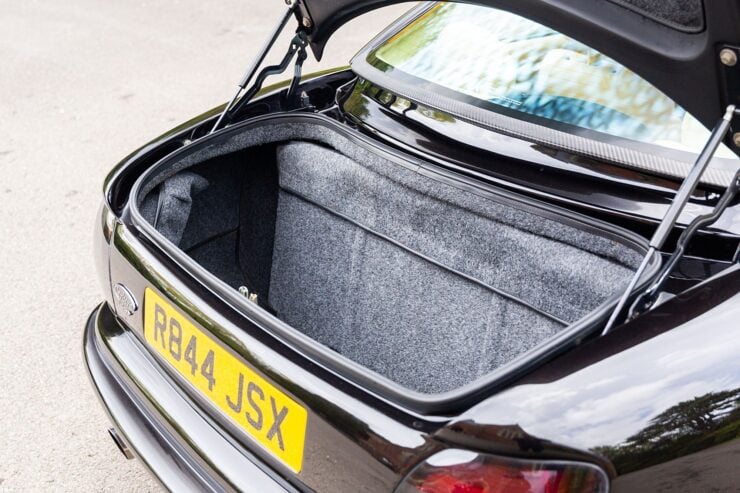 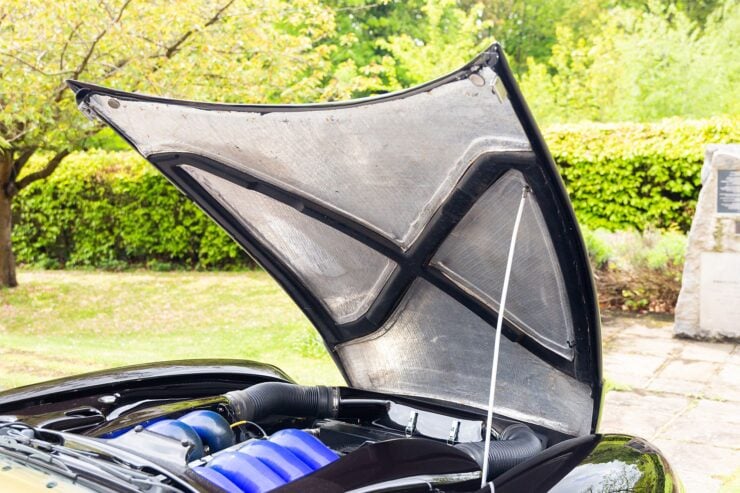 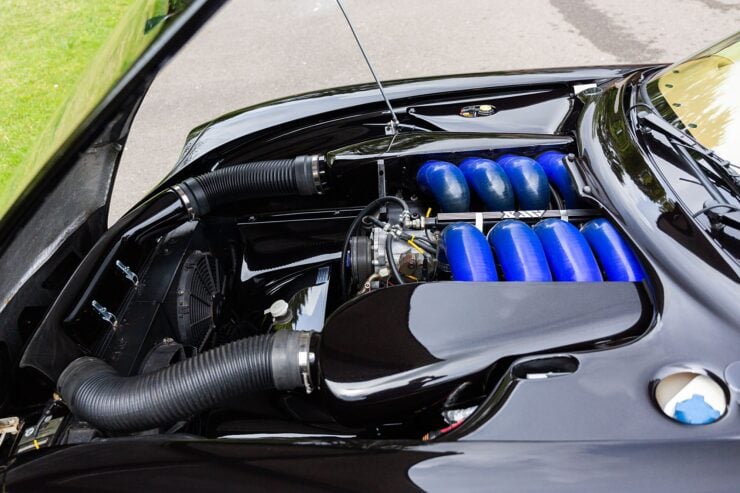 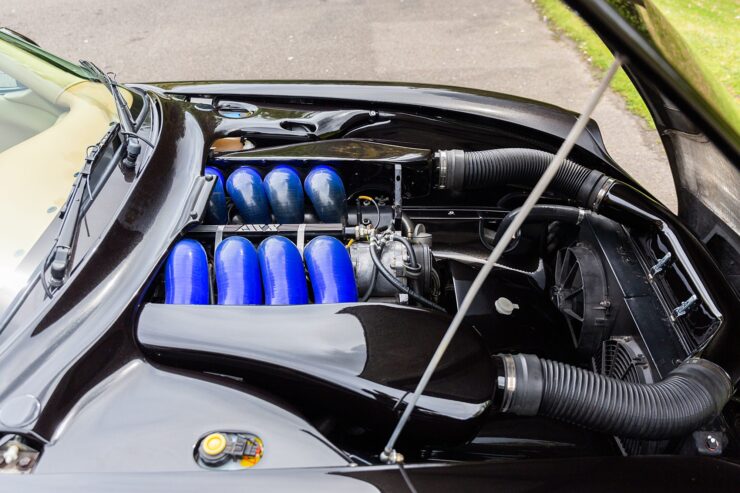 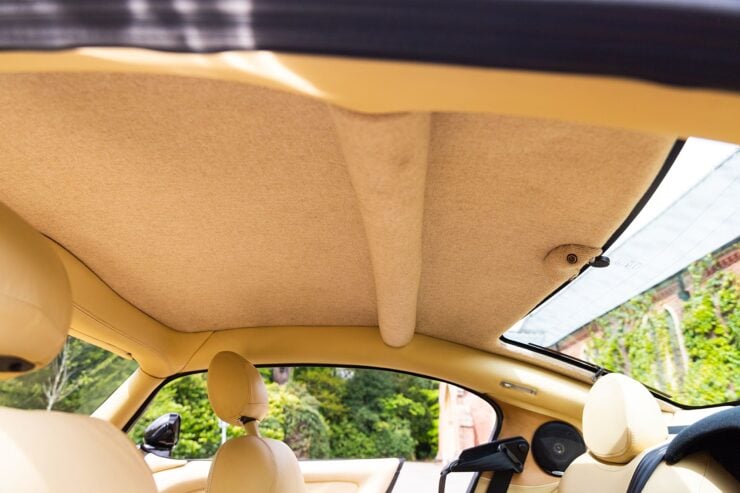 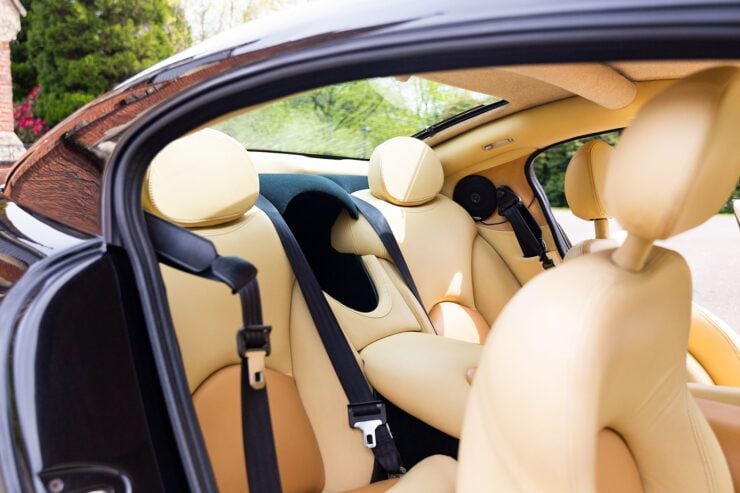 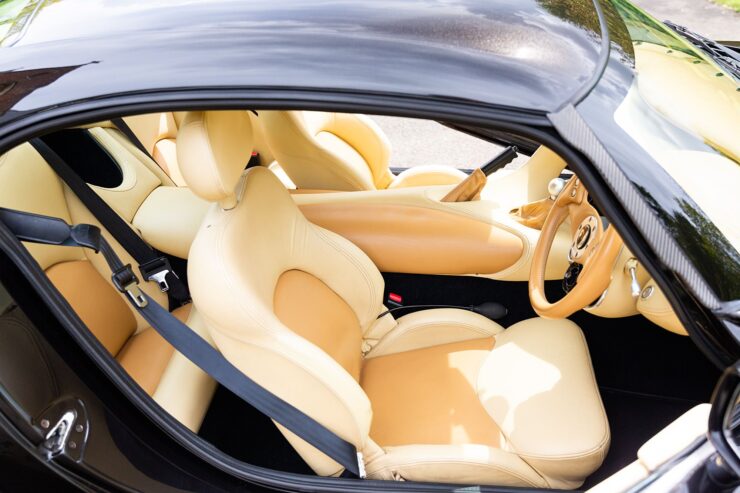 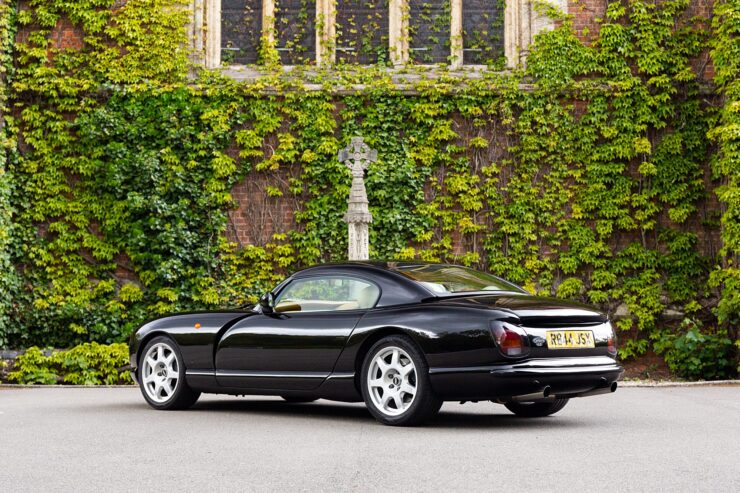 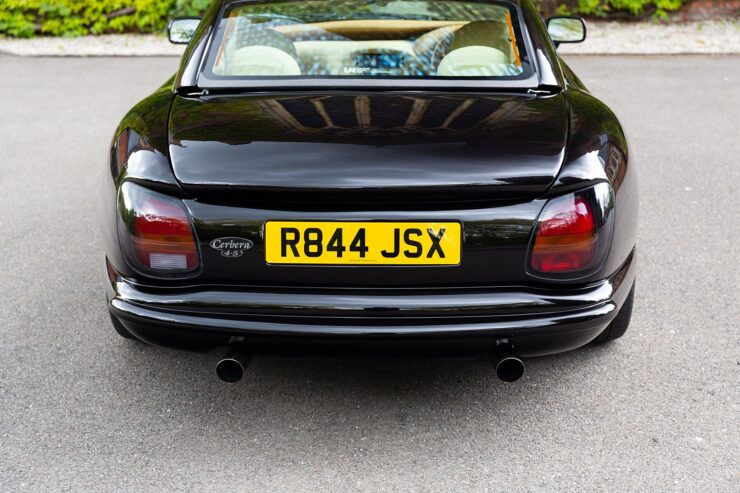 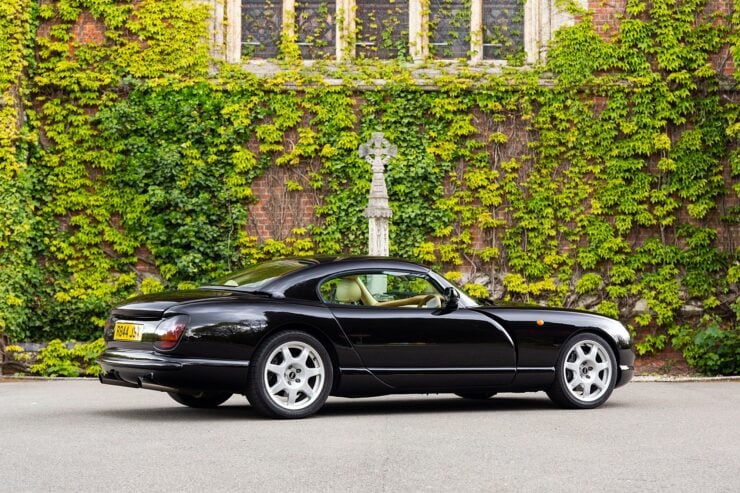 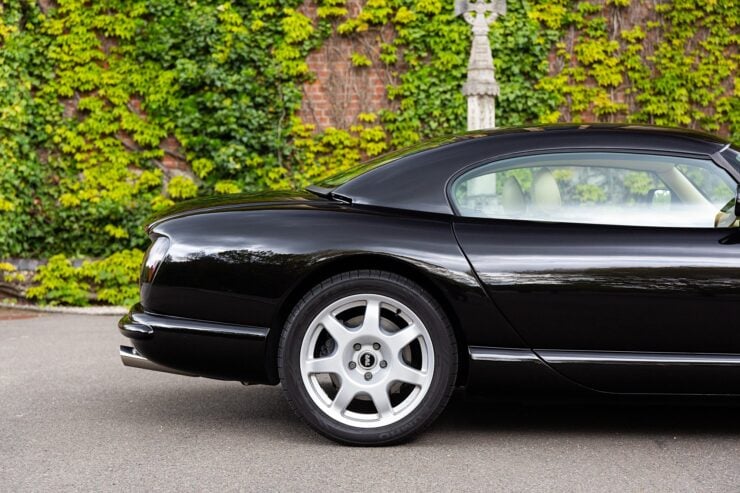 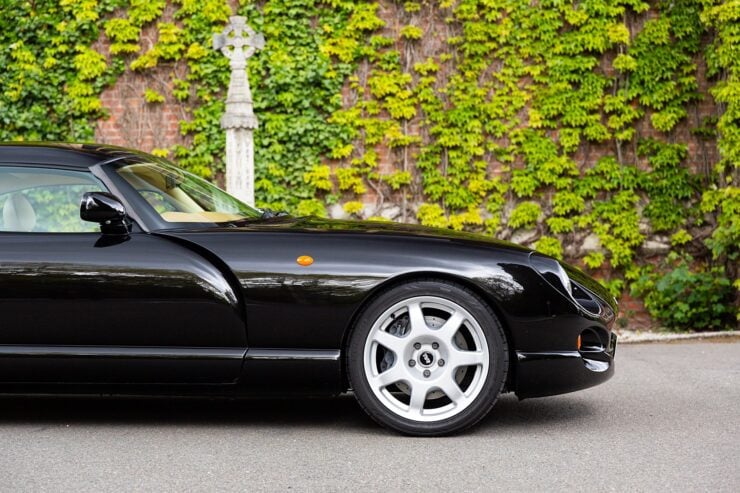 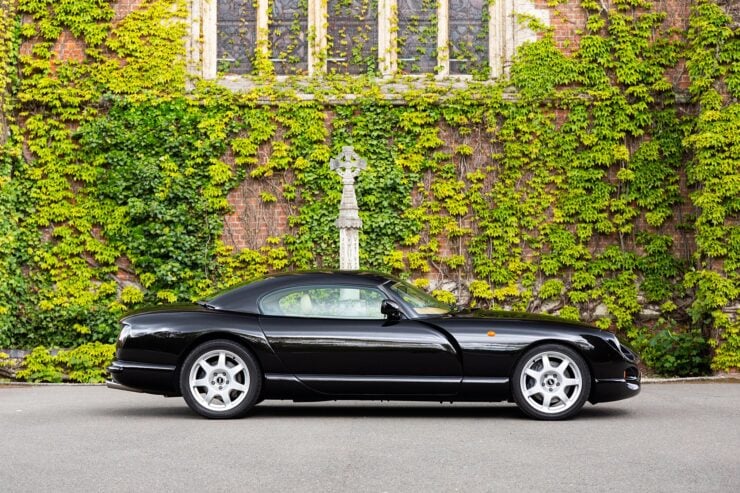 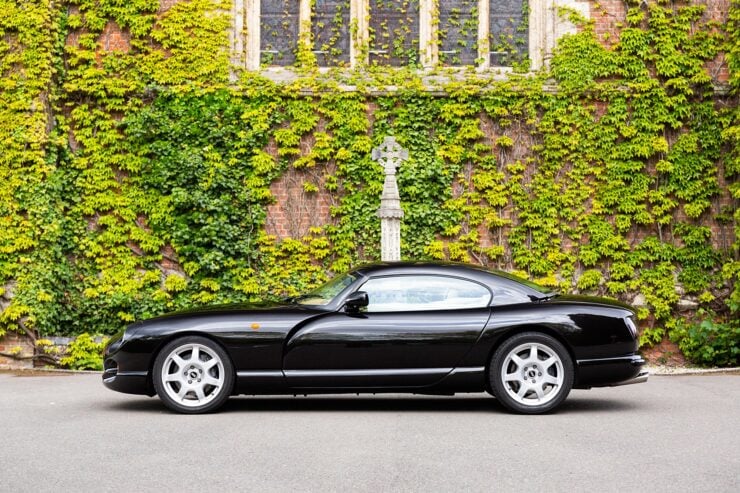 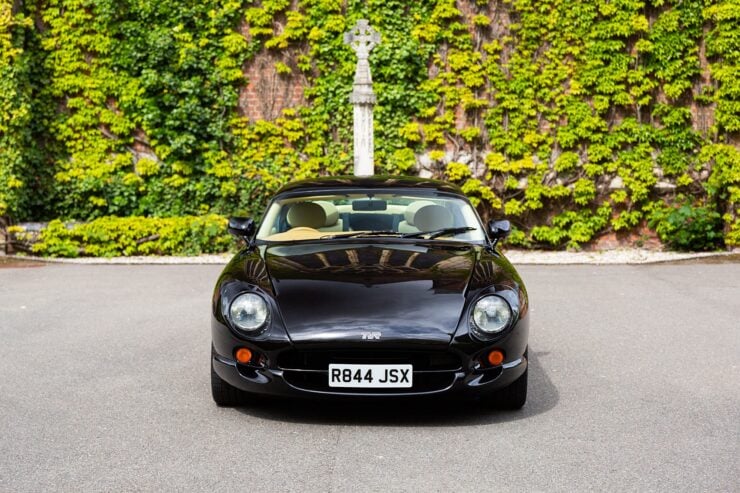 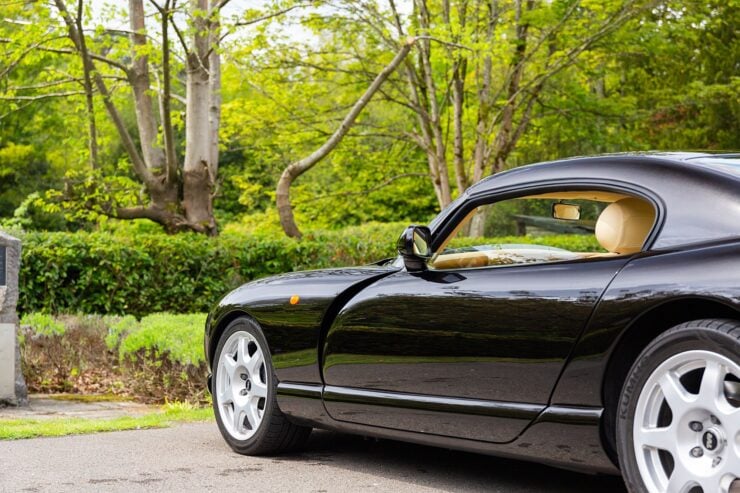