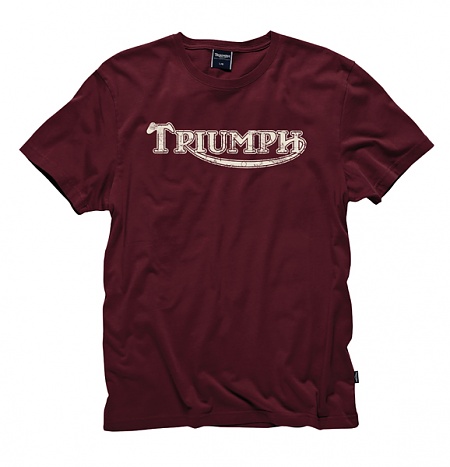 In some respects, Triumph is the Keith Richards of the motorcycle world, no matter how many times you think the company is a goner, they bounce back stronger than ever.

At the moment, Triumph is one of the strongest motorcycle brands in the world, they offer everything from the retro Bonneville/Scrambler models, the Tiger Adventure bikes and the highly regarded Speed and Street Triple models. If I’m honest, I’d have a Triumph in the garage right now if it wasn’t for the slightly ridiculous 35% import tax on new motorcycles that exists in my part of the world.

Anyway, rant aside, this retro Triumph tee comes in 3 colours and is printed on high quality 180gsm cotton. They’re available here for £24 via Total Triumph.

If you’re in a t-shirt kind of mood, check out the official, limited edition Silodrome Tee here.

Published by Ben Branch - August 17th 2012
Related Posts
For Sale: A Reliant Regal Supervan III From “Only Fools and Horses”