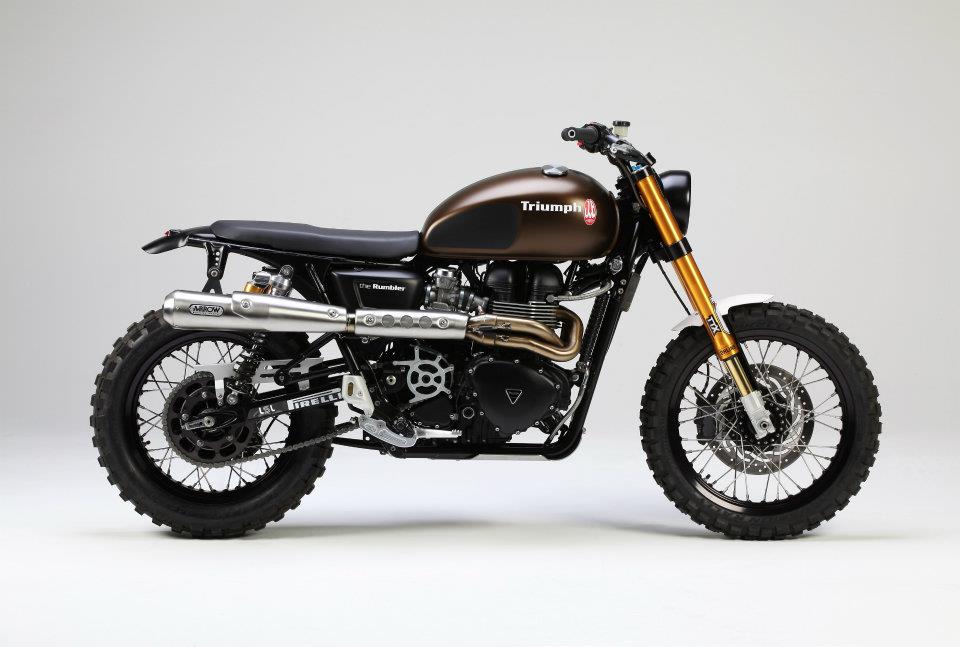 The first thing many of you are probably thinking is “he spelt ‘Friday’ wrong”, it’s what I thought too when I came across this fantastic Scrambler custom over on 8negro last week. It turns out that Tridays is a massive, annual motorcycle event in the Austrian town of Neukirchen. Each year the event organiser unveils a custom motorcycle and this year he had 2 builders collaborate on a Triumph Scrambler.

Jens vom Brauck of JvB-Moto and Jochen Schmitz-Linkweiler of LSL were set the task of designing a bike specifically for the Tridays Rumble, a rough and ready 400 metre sprint across grass that is literally open to any type of motorcycle.

The Scrambler was fitted with Öhlins suspension front and rear, a custom triple-tree, studded tires by Pirelli, a Magura Supermoto braking system, a custom low profile seat, an Arrow exhaust system and a series of bespoke parts created by JvB-Moto.

The finished bike is one of the best looking and, I would venture, best performing Triumph Scramblers in the world. The additional ground clearance and reduced weight are both things the original Triumph really needed before any serious offroading could take place and although I know it’ll never happen, this bike represents what should be the next evolution of the production model. 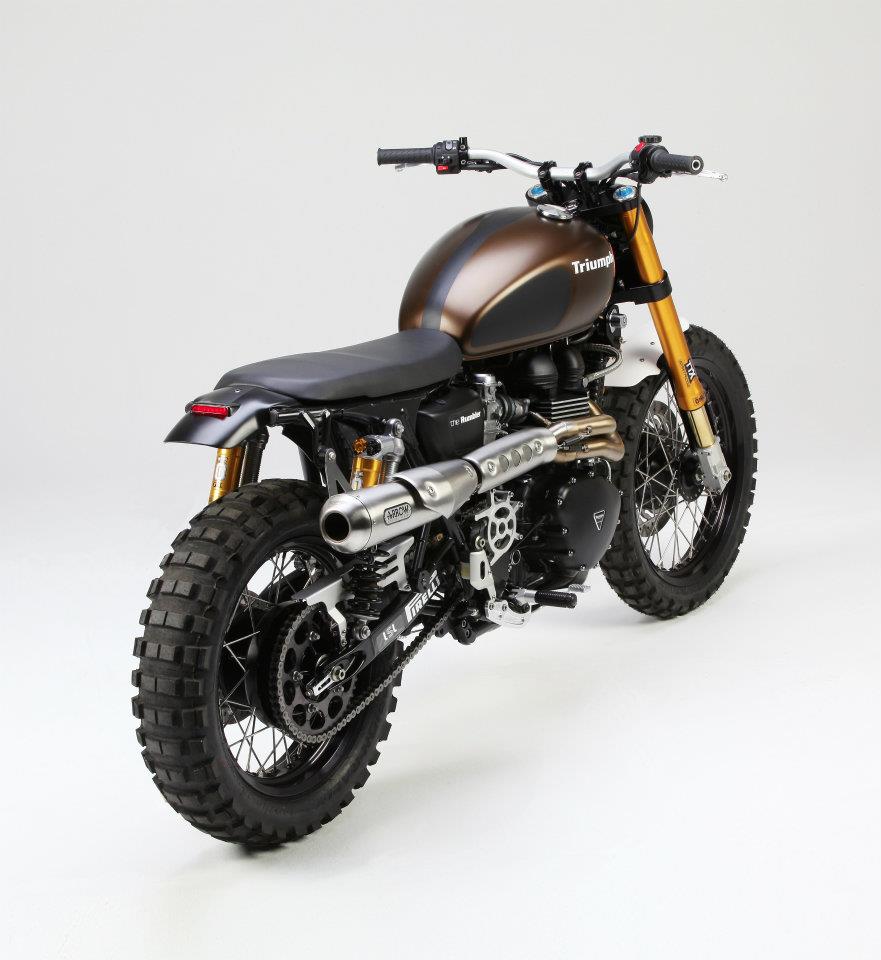 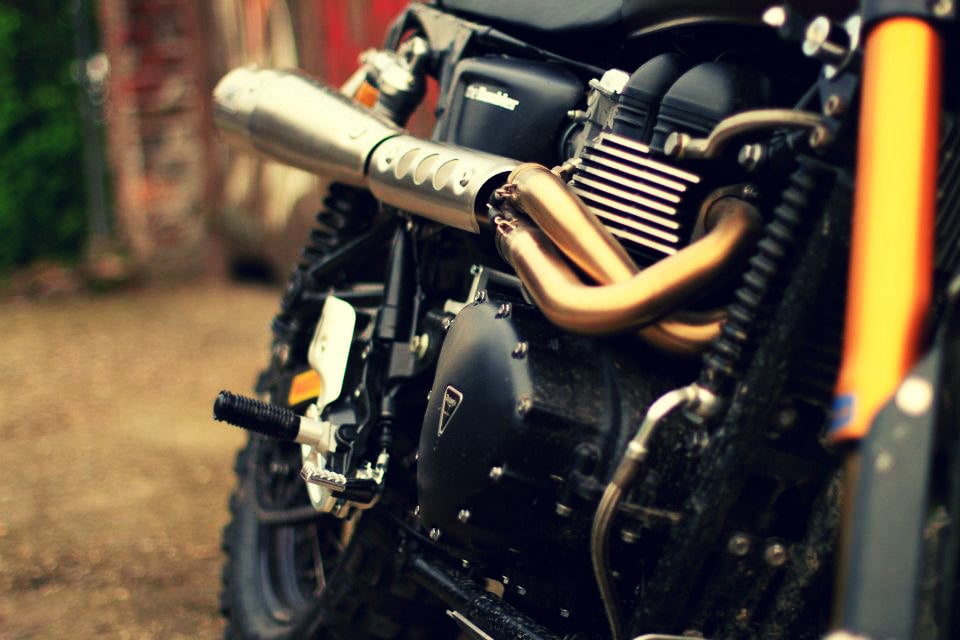 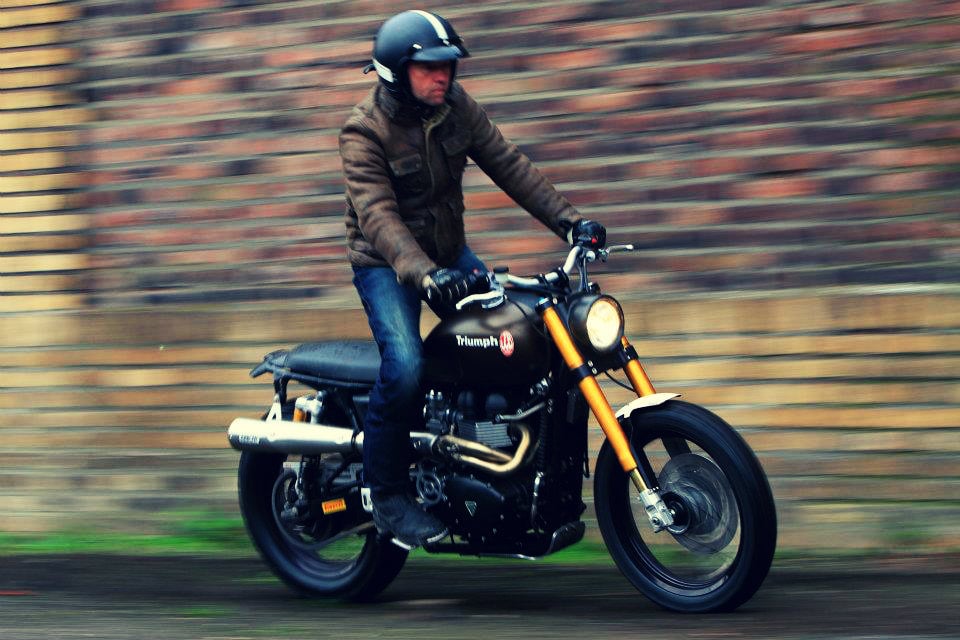