Clint Eastwood on his Norton Commando 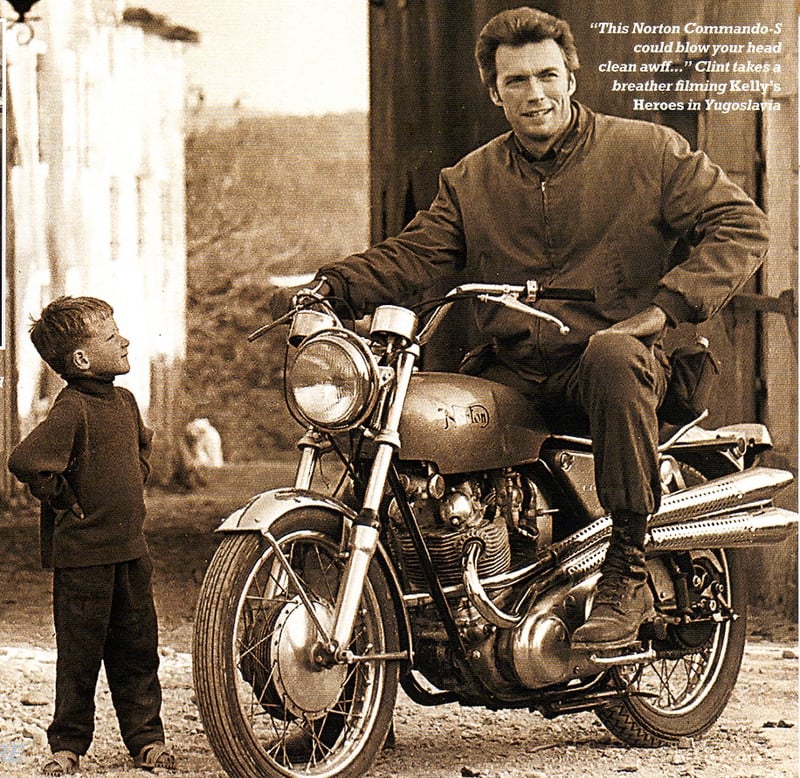 Clint Eastwood was well known for his love of cars and motorcycles in the ’60s and ’70s, he especially loved the British marques Jaguar, Austin Healey and motorcycle marque Norton. I could very well be wrong but this looks to me like a 1968 Norton Commando Fastback, the twin, scrambler style exhausts are just beautiful, as is that infamous parallel twin 750.