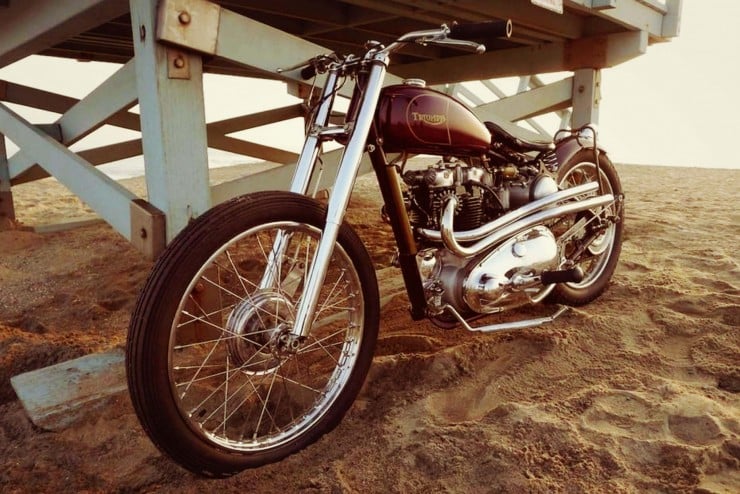 This 1949 Triumph 6T has been reworked by Von Dutch and converted into a classic bobber, a style of motorcycle that was in huge demand in Southern California during the 1970s and remains enormously popular today.

1949 was actually the first year of production for the Triumph 6T Thunderbird, it was a motorcycle created to appeal to the American marketplace and as such it was fitted with a bored 650cc version of the earlier Triumph Speed Twin’s 500cc parallel twin engine. This additional power made it an immediate success in the US as well as Britain and slightly further afield in Australia and New Zealand. Many of the original Thunderbirds are still on the road and there are huge communities dedicated to keeping them out on the bitumen.

A 1950 6T Thunderbird was ridden by Marlon Brando in the 1953 cult classic “The Wild One” which earned the bike and the man their respective places in history, although the film production company did receive an angry letter from a stick-in-the-mud bureaucrat at Triumph in Britain who staunchly opposed the use of a Triumph in a film about a “rowdy young motorcycle gang”. Fortunately, no one listed to him.

The bike you see here was painted and pinstriped by Kenneth Graeme Howard (better known as Von Dutch) during the 1970s, a time when he was establishing himself as the driving catalyst behind the Kustom Kulture movement, a movement that’s still growing over 40 years later. It’s suspected that he also customised the bike into its current form, however he didn’t keep records so authenticity on much of his work is notoriously difficult to prove.

This particular Von Dutch bobber has a pinstriped fuel tank and rear fender with a simple, no-nonsense set of handlebars, pipes, oil tank and a single, sprung saddle. The value of the bike has been estimated at just $20,000 to $30,000 USD – potentially making it quite an affordable collectible that’ll only increase in value of time. 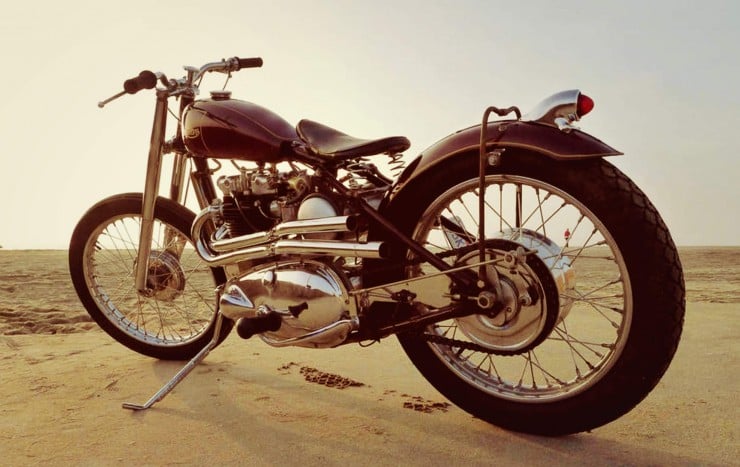 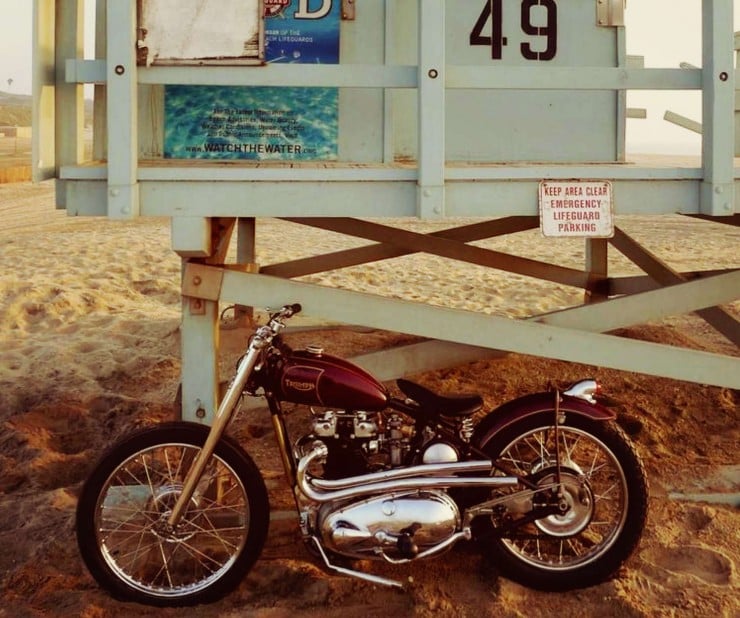 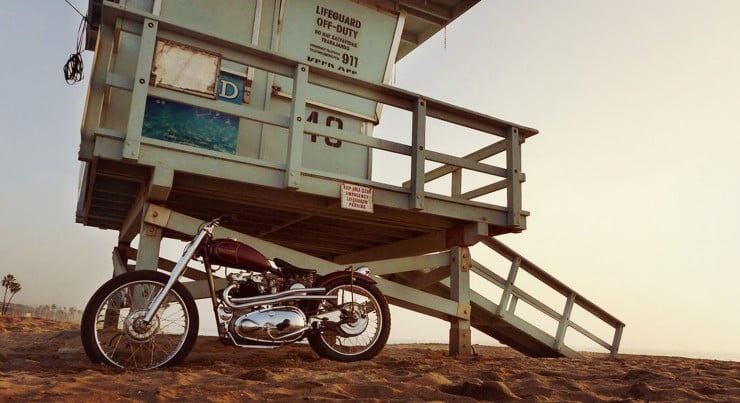 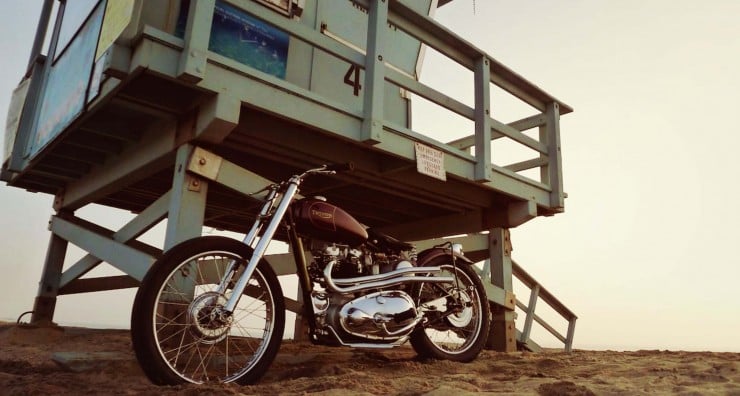 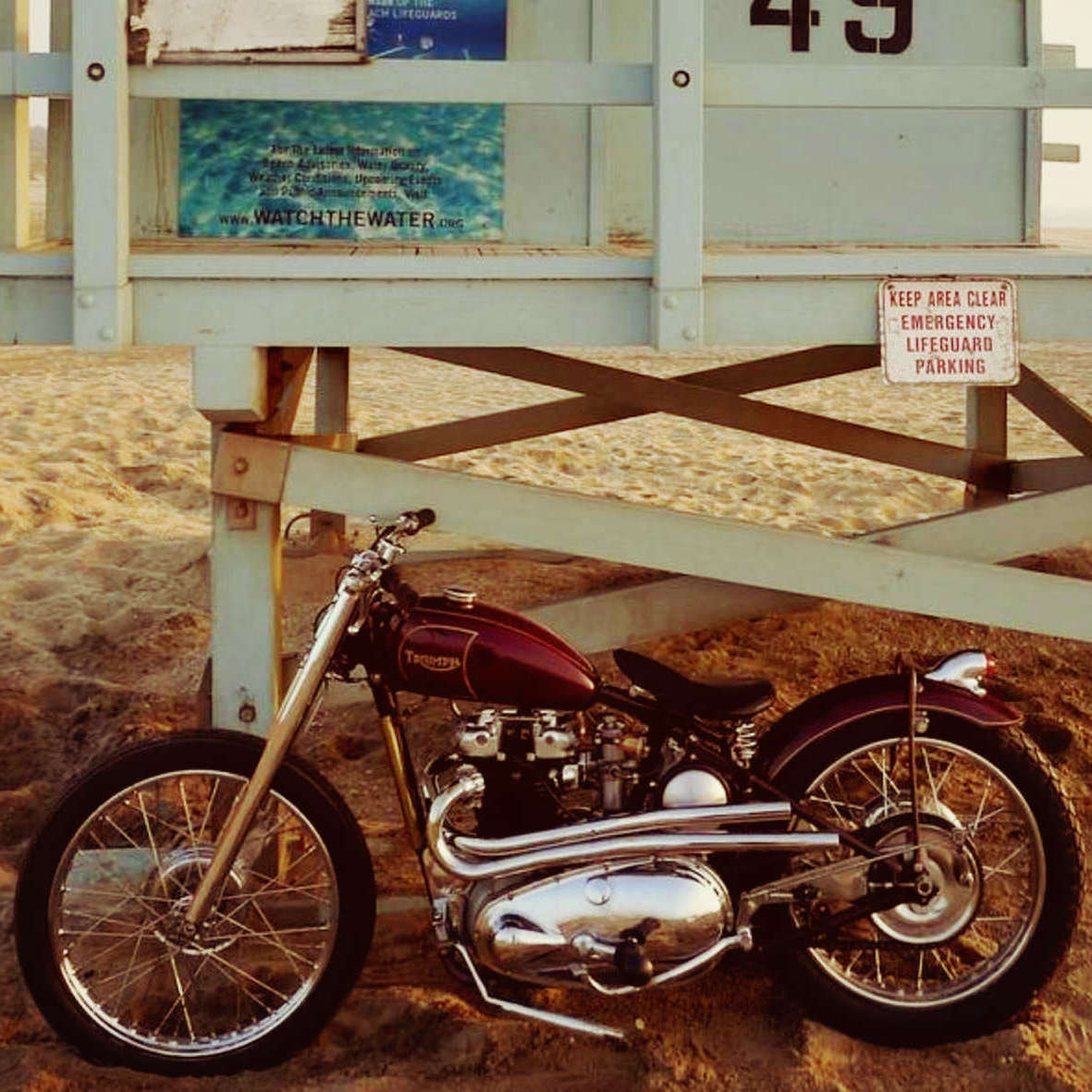