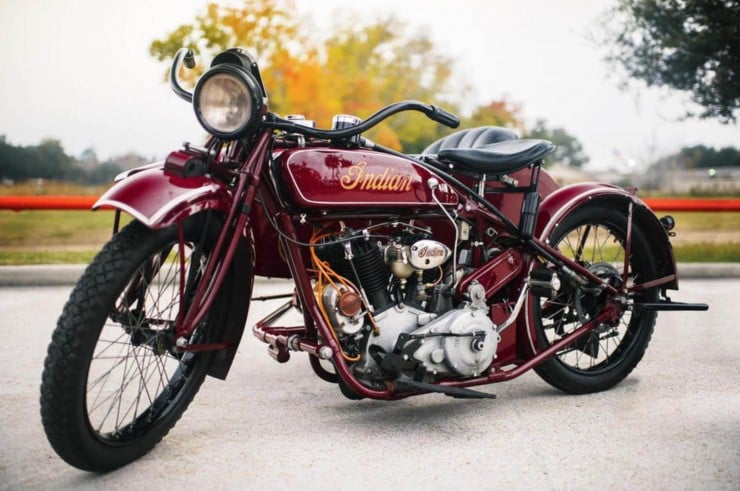 On Christmas Eve each year we try to feature something genuinely remarkable, for those of you who’ve come to Silodrome to escape a Christmas of excessive eating, certifiably insane relatives and screaming children. We spent a while looking for something worthy of a Christmas feature on Silodrome and settled on this beautiful 1923 Indian Big Chief, formally owned by Steve McQueen and restored by Von Dutch (Kenny Howard) in 1969.

The 1923 Indian Big Chief is a motorcycle that was designed by racer and engineer Charles B. Franklin as a flagship model for Indian, it had an all new 1200cc (73 cubic inch) engine with dual cams, helical gears for the primary drive and a clutch in an enclosed oil bath.

In pre-released testing the 1923 Big Chief managed to hit the 90mph mark, a remarkable feat for 1923 that led to significant sales successes for the model and a parallel life on the muddy race tracks of the era. The frame of the Big Chief was designed specifically to handle the added weight of a sidecar, this was a strategic move from Indian to compete with the cheap, mass produced cars that had become exceedingly popular and eaten significantly into motorcycle sales.

Steve McQueen’s love of vintage motorcycles is a big part of his legacy, we featured his first motorcycle a few months ago on Silodrome (also an Indian) and we’ve covered other cars and motorcycles from his collection, usually when they come up for auction or sale on the off chance that you want to remortgage your home and buy one. 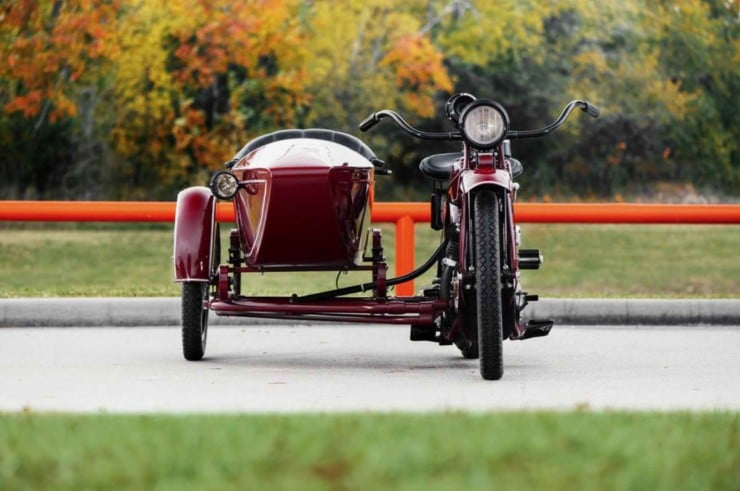 One thing that really makes this Indian stand out from McQueen’s other motorised possessions is the fact that it was personally restored by none other than the legendary Von Dutch (Kenny Howard) in 1969. Von Dutch was the artist largely responsible for 1960s SoCal ‘Kustom Kulture’ that sprung into the mainstream throughout the 1960s, aside from his art and pinstriping work Howard was an avid motorcycle mechanic, metal fabricator, knifemaker and gunsmith.

With an estimated hammer-price of $50,000 to $70,000 USD you have to wonder if Bonhams have slightly under-valued this Indian, with its double-barrelled historical provenance and immaculate condition it wouldn’t be hard to imagine it selling for well over $150,000 to the right collector.

If you have the clams to spare and fancy a little bit of Big Chief for your garage, you can click here to visit Bonhams and register to bid for the Las Vegas Motorcycle Auction on the 9th of January 2014. 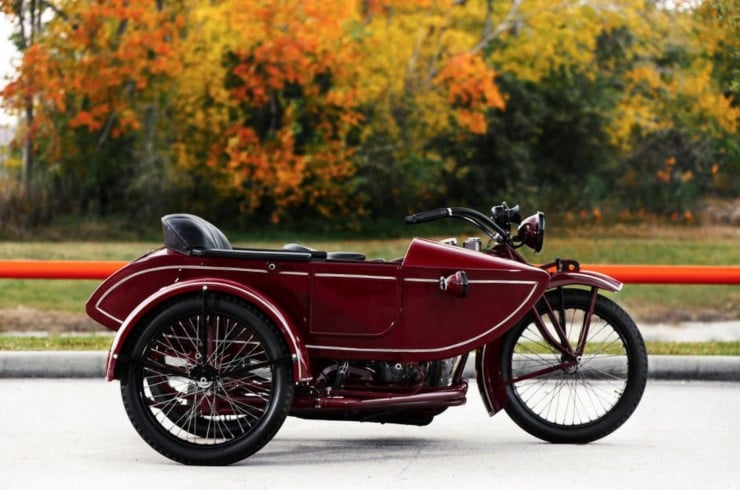 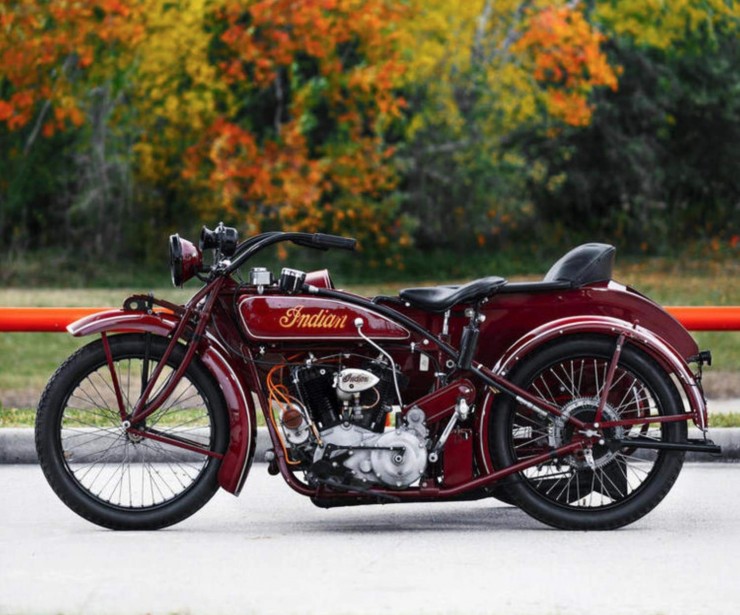 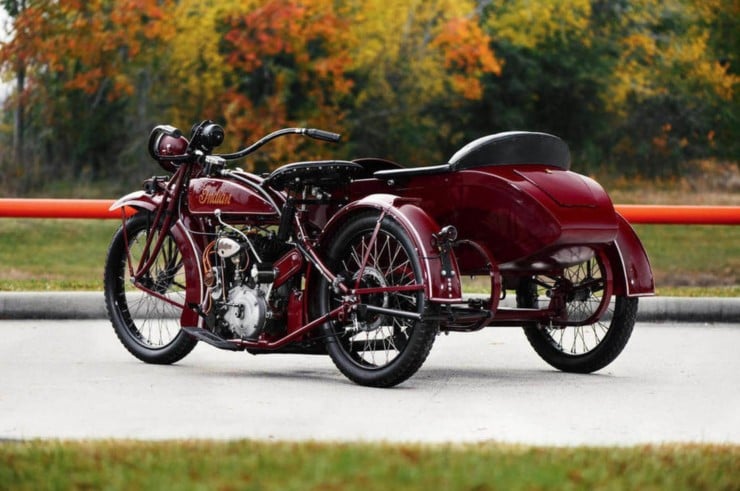 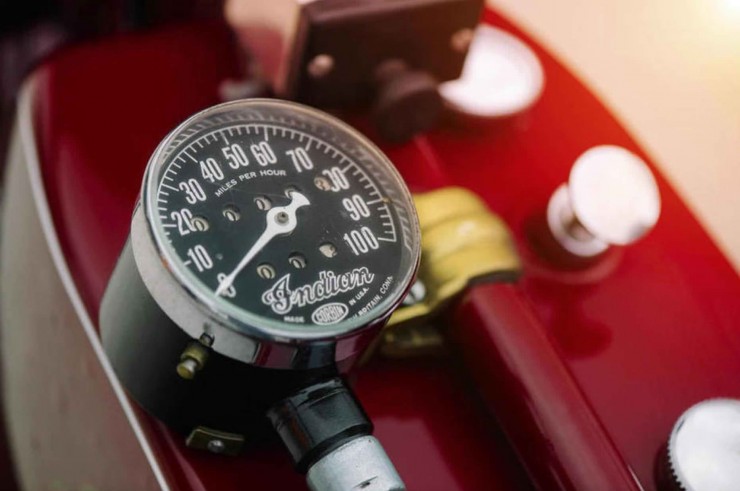 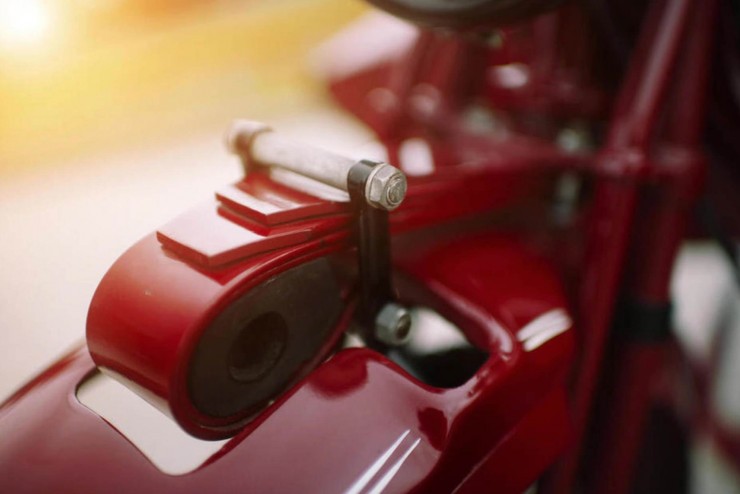 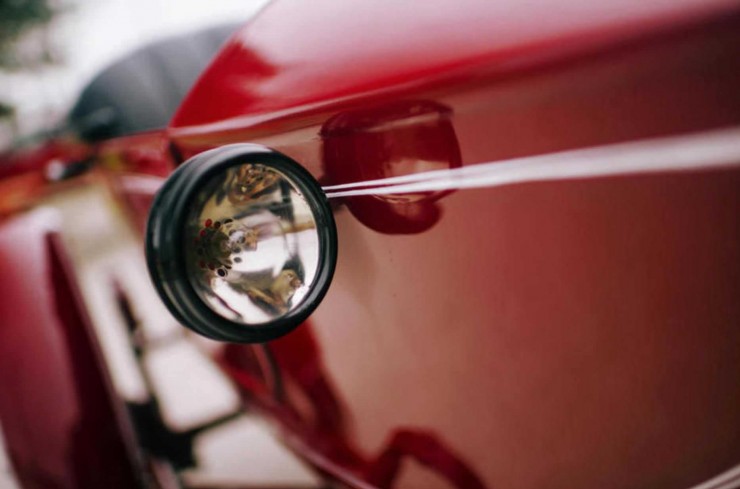 Pickup trucks and motorcycles go together like whiskey and bad decisions. As far as I can tell, this Golden Eagle Jeep J10 is precisely what would happen if someone made a metal, glass, and rubber…