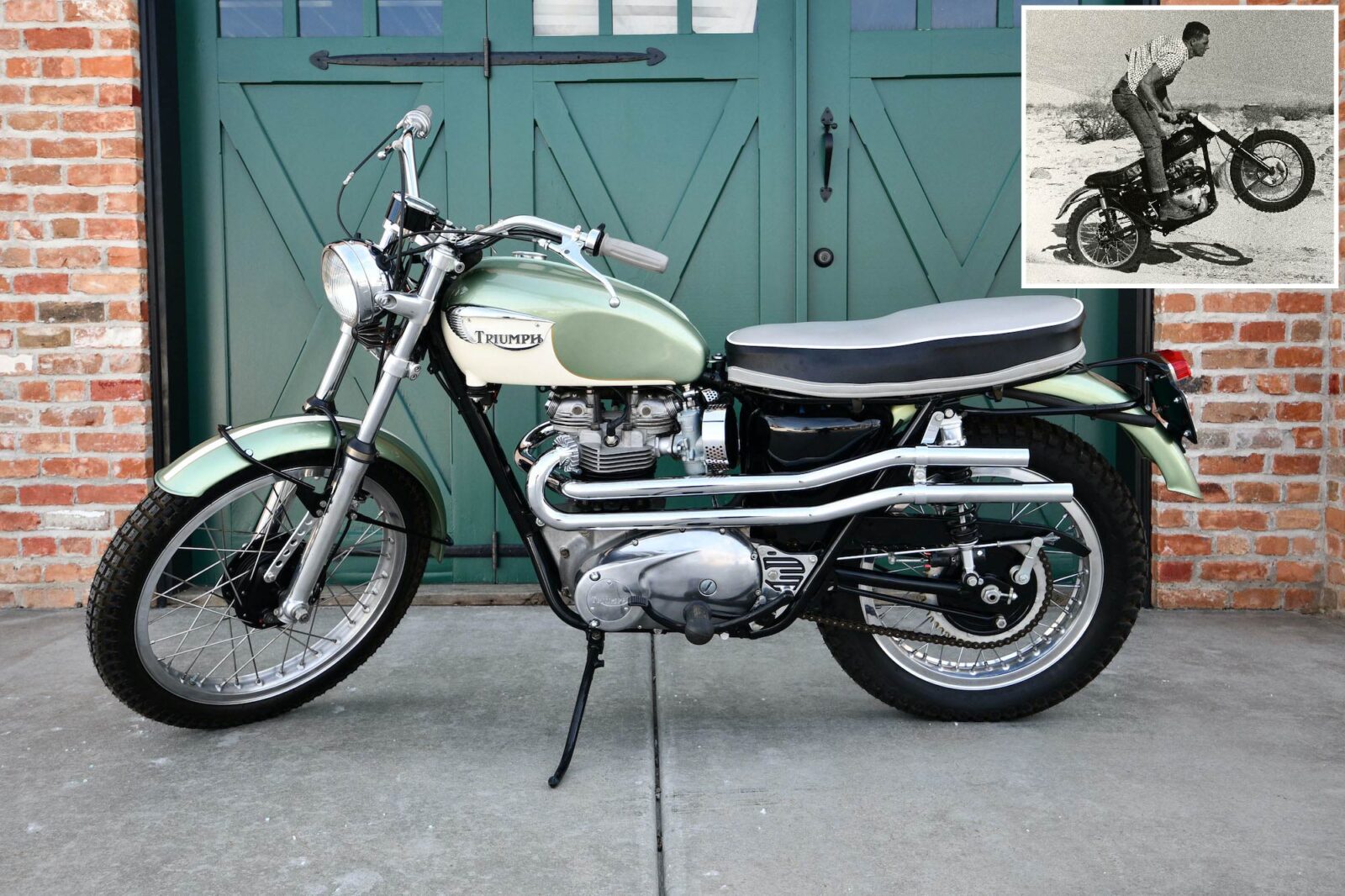 This 1970 Triumph Bonneville TR120 has a considerably more interesting history than most, it was first owned by legendary stuntman and off-road racer Bud Ekins before being bought by Steve McQueen through his company Solar Productions.

Bud Ekins is a name you may already be familiar with, he’s the stuntman who did the motorcycle jump in The Great Escape (on a Triumph), he also drove the Mustang in the chase scene in Bullitt, and he later coordinated the motorcycle stunts for the TV show CHiPs.

Ekins achieved considerably more fame during his career than most stuntmen due to the fact that he was a world famous motorcycle racer before he started working in Hollywood, with countless race victories to his name as well as four gold medals in the brutal ISDT (International Six Days Trial).

Above Video: A short film that shows the famous jump in “The Great Escape” that was done by Bud Ekins. Please note that the jump was done on a different motorcycle to the one shown in this article.

Though he would later become known as one of Hollywood’s most prolific stuntmen, Bud Ekins started out as a teenager riding off-road motorcycles in the hills above his Hollywood home in California.

He became so good that he began entering races in the late 1940s and by the mid-1950s he was the best off-road motorcycle racer in Southern California, winning the AMA District 37 Championship seven times in the 1950s.

The first major brand to recognize Ekins’ talent was British motorcycle manufacturer Matchless, who offered him a motorcycle and an entry into the 1952 European Motocross Championship. As the 1950s progressed Ekins would win the 1955 Catalina Grand Prix and he would become a three-time winner of the Big Bear Hare & Hound desert race.

Ekins would later represent the United States in the ISDT (International Six Days Trial), a six day long enduro event that has been likened to the Olympics. He rode alongside his American teammates Dave Ekins (his brother), John Steen, Cliff Coleman, and Steve McQueen. Over the course of his ISDT career he would win an astonishing four gold medals racing against the best in the world.

Bud Ekins first met a number of Hollywood stars through his Triumph motorcycle dealership in Sherman Oaks, California, near Hollywood. This was where he met McQueen, he also became friends with Paul Newman and Clint Eastwood.

Ekins friendship with McQueen would become close, after teaching McQueen to ride motorcycles off-road the two men competed side by side in the USA and in Europe on a number of occasions. 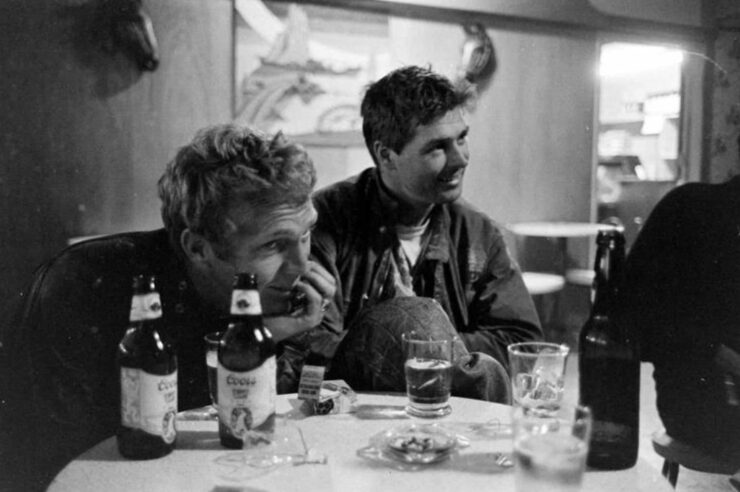 It would be McQueen who would later bring Ekins into the world of Hollywood, first working on stunts in his own films like The Great Escape and Bullitt, then later working on dozens of films including Animal House, The Blues Brothers, Diamonds Are Forever, and many others.

This 1970 Triumph Bonneville was originally owned by Bud Ekins and there are documents on file that show its next owner was Solar Productions, the production company founded by Steve McQueen and often used by him to acquire vehicles used in films.

The rest of this motorcycle’s history isn’t well-known, it’s clear that it’s been fitted with a non-standard exhaust that may indicate it was intended for off-road use – those scrambler-style exhaust pipes routed along the left side of the frame were a common choice among desert racers.

This bike was fully restored in 2016 by Nelson Bros. Motors in Oakland, California and it’s never been ridden since. It’s now due to roll across the auction block with RM Sotheby’s in mid-August with a price guide of $40,000 – $50,000 USD and it’s being offered with no reserve.

At this same auction they’ll also be offering Steve McQueen’s first Husqvarna and the Solex moped ridden by McQueen during the filming of Le Mans in 1971. 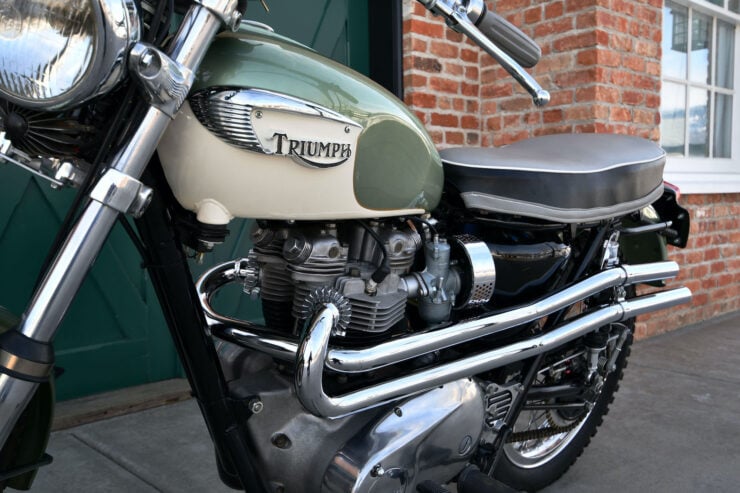 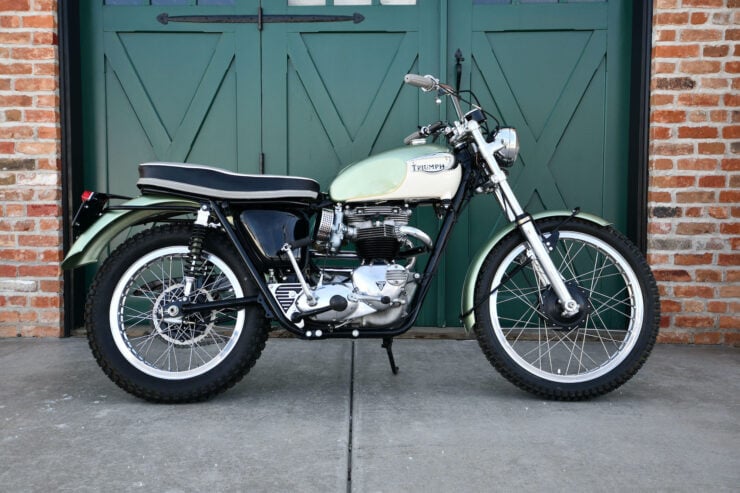 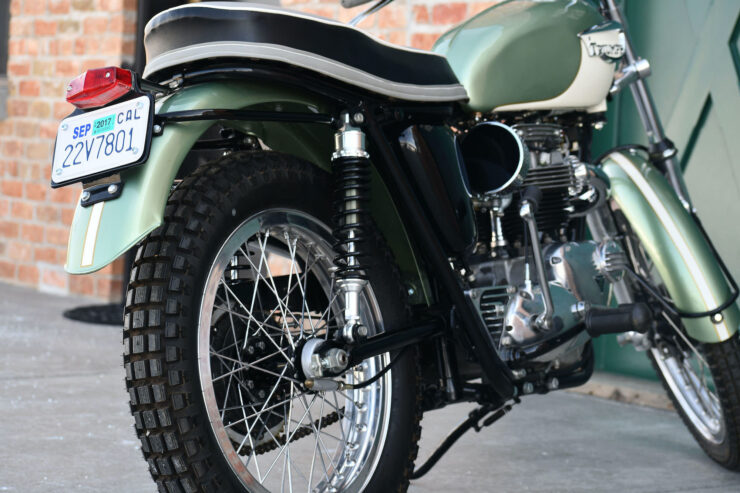 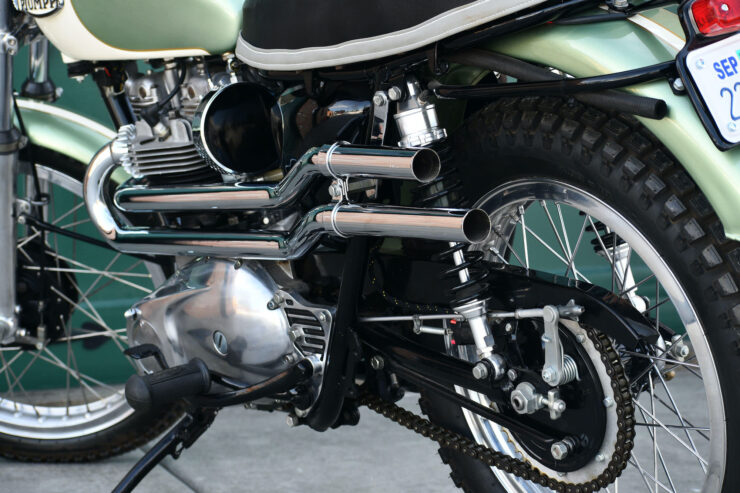 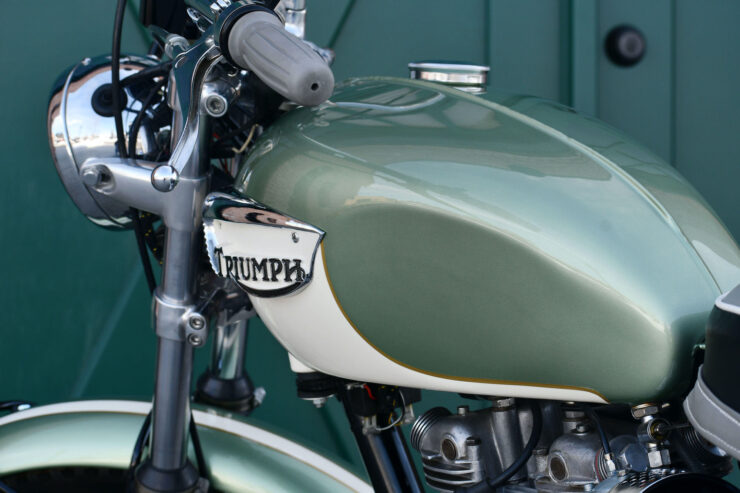 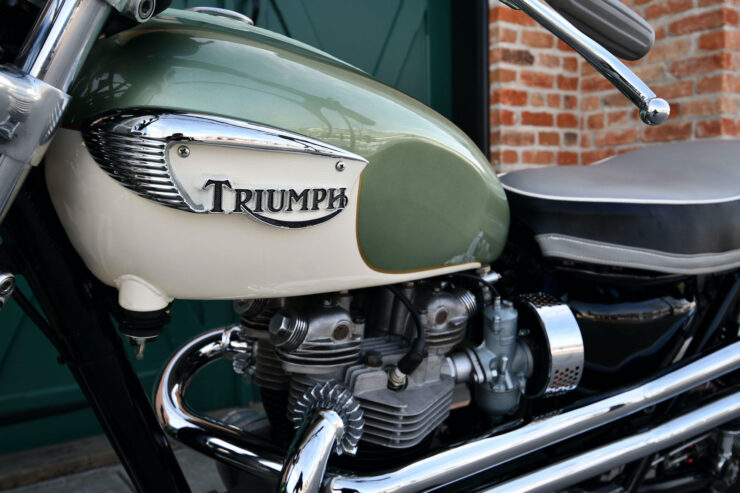 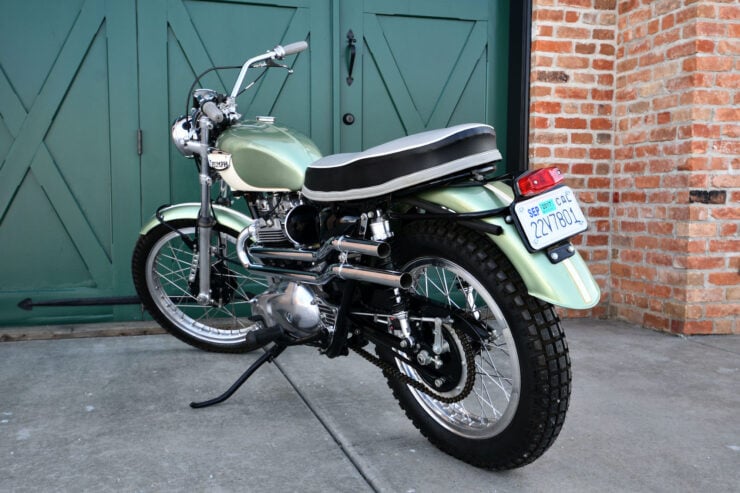 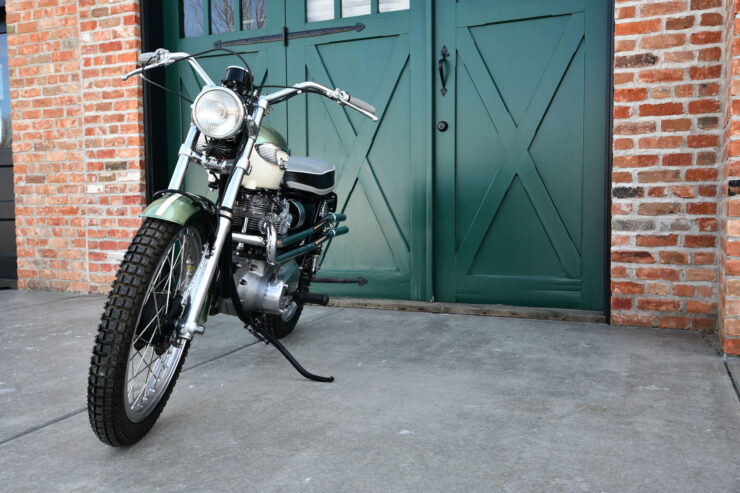