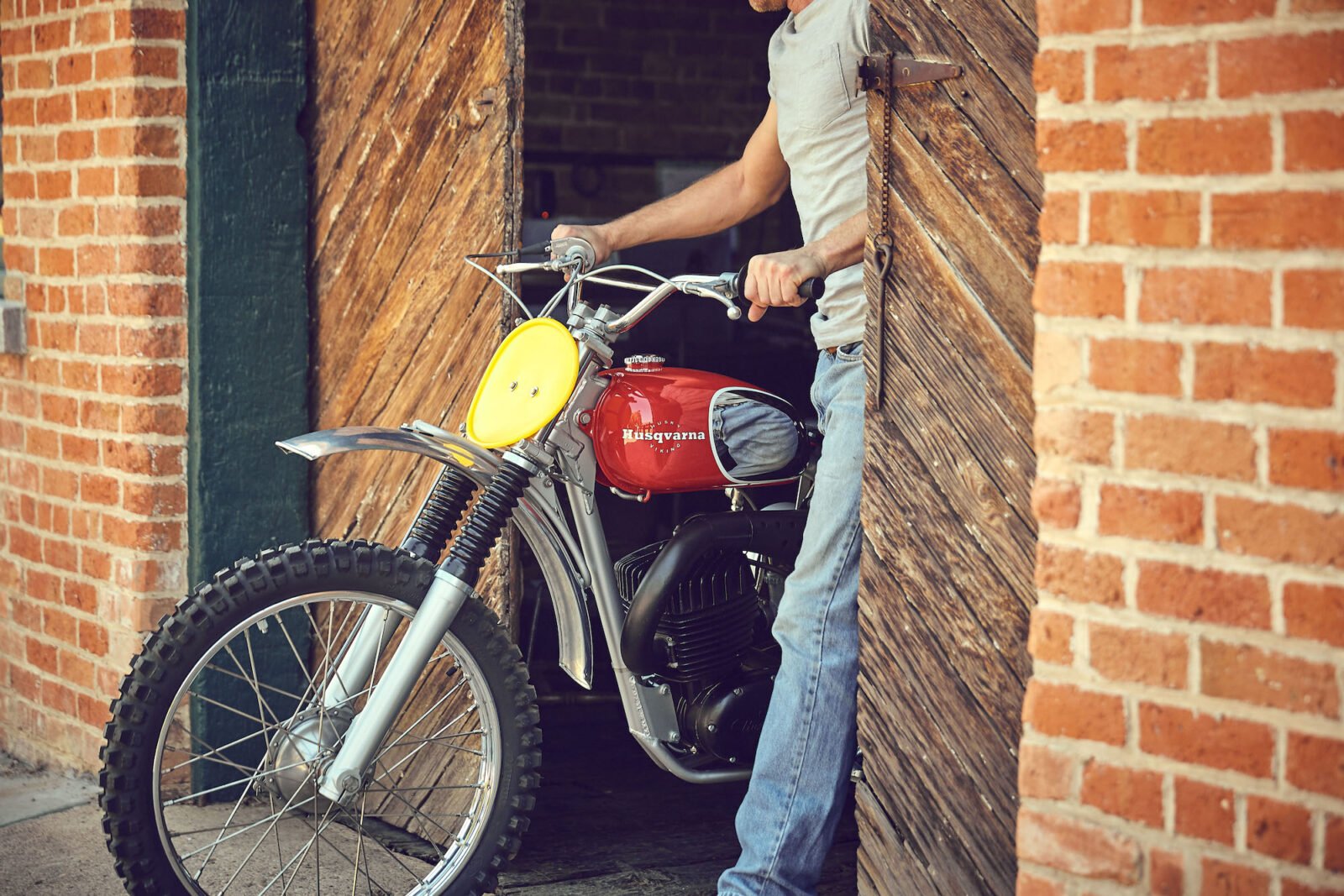 The motorcycle you see above was the first Husqvarna ever bought by Steve McQueen, he would later become synonymous with the brand and famously rode a Husqvarna in the cult classic motorcycle film “On Any Sunday” by director Bruce Brown.

Earlier in his racing career McQueen had been a regular rider of Triumphs, specifically of the Triumph TR6C modified into “Desert Sled” form for racing in the deserts of Southern California.

It was a big move for him to leave his Triumphs behind and go with a new brand, but so impressed was he with the new Husqvarna Viking 360 that he literally bought the one out from under Swedish motocross champion Bengt Åberg after seeing him race on it.

✱ After seeing Swedish world champion Bengt Åberg competing on his Husqvarna in 1968 McQueen offered to buy the bike on the spot and Åberg finished the season on a new bike.

✱ After his long passion with Triumph it was a paradigm shift for him to switch from the heavier British four stroke to the lightweight Swedish two-stroke.

✱ McQueen’s new love for Husqvarna greatly helped the company’s brand name awareness in the United States, and it played a significant role in the popularity the company still enjoys.

✱ The motorcycle you see here is the one ridden by Åberg in ’68 and bought by McQueen, it became the first of his many Husqvarnas.

When it was first released in 1966 the Husqvarna Viking 360 was clearly going to be a threat to the formerly dominant four-strokes in the world of off-road motorcycle racing.

Above Image: Footage from “On Any Sunday” showing McQueen on a Husqvarna with his friends and fellow riders Mert Lawwill and Malcolm Smith.

This was a motorcycle that had started to pop up on the radars of American off-road riders, and Husqvarna sent Bengt Åberg over to the United States to compete on the new model and show the world what it was capable of.

Åberg went on to win the World Championship on a Husqvarna in 1969 and 1970. After the similar earlier successes of two-stroke CZs in 1966, which had won 9 of the 14 500cc Grand Prix races and clinched the championship, it was clear that the era of dominant four-strokes was at an end.

Steve McQueen is now remembered as a retro racing icon but what many people don’t grasp is that back when he was buying and racing his cars and motorcycles they were modern state-of-the-art machines. 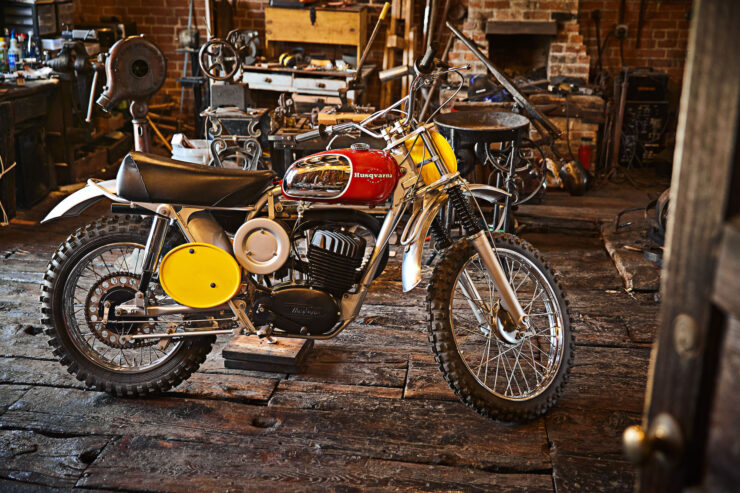 Above Image: The restored bike now presents in as-new condition, and it’s probably cleaner that it was when McQueen himself bought it.

He did have a penchant for vintage vehicles as well of course, including his first motorcycle which was an Indian Chief with a sidecar, it was many years old and a little rundown when he bought it. The girl he was dating at the time told him “either that cycle goes or I do!” and he made his choice – keeping the motorcycle for the rest of his life.

As Husqvarna released ever faster models McQueen upgraded and this 360 Viking was used less and less. After his passing it was sold on into private hands, and in 2014 it was subject to a restoration to bring it back to as-new condition so the new owners could ride it themselves if they wished.

The bike is now coming up for public auction for the first time in many years, it’ll be rolling across the auction block in California with RM Sotheby’s in mid-August and at the time of writing there’s not yet a price guide – though low-six figures is likely a safe bet.

If you’d like to read more about this motorcycle or register to bid you can click here to visit the listing. 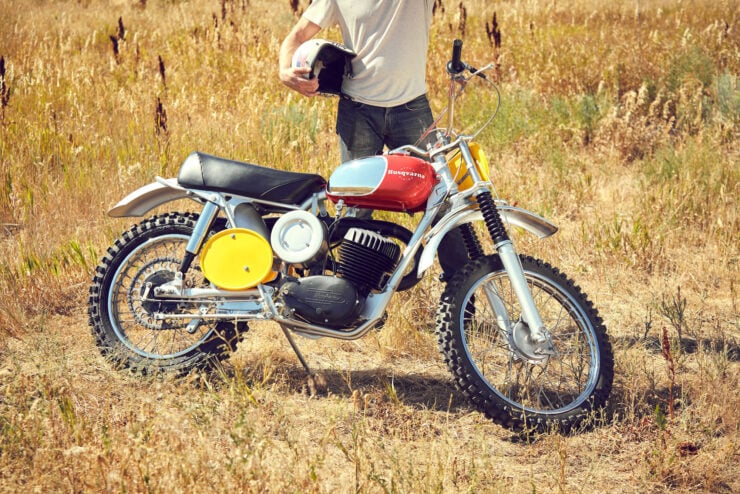 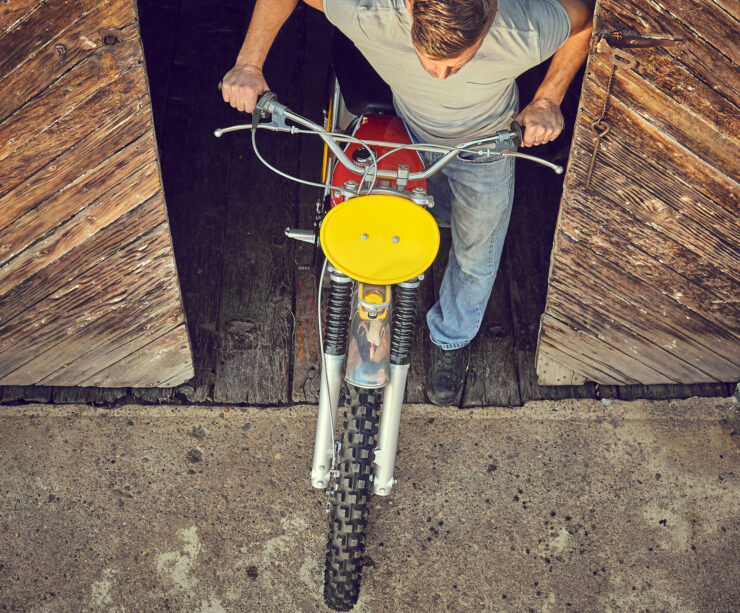 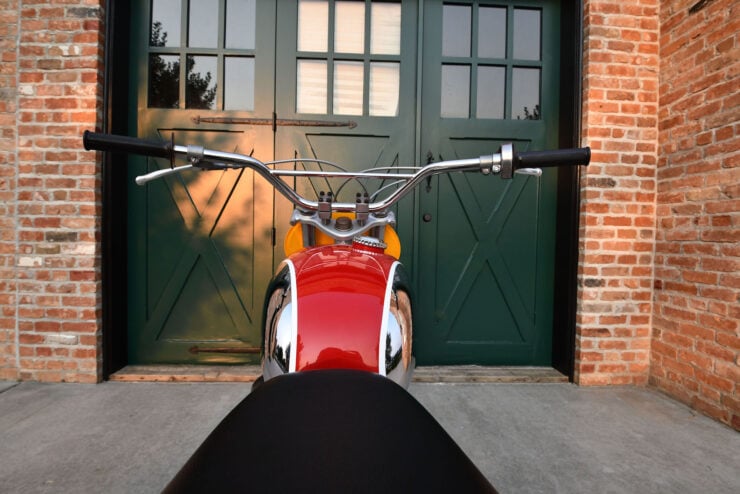 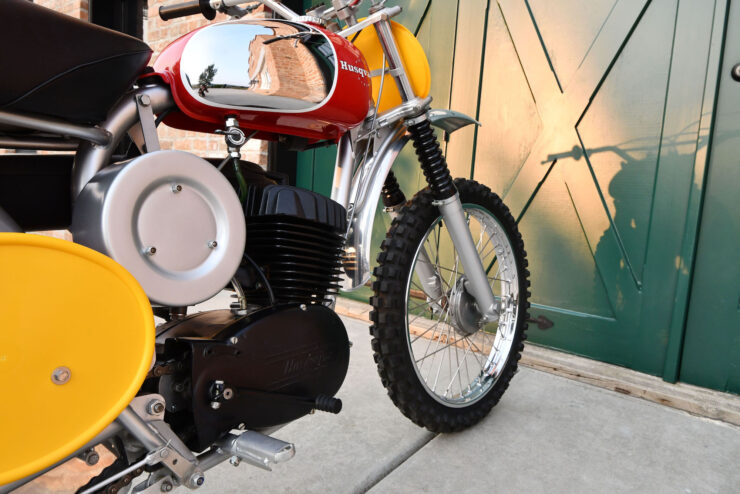 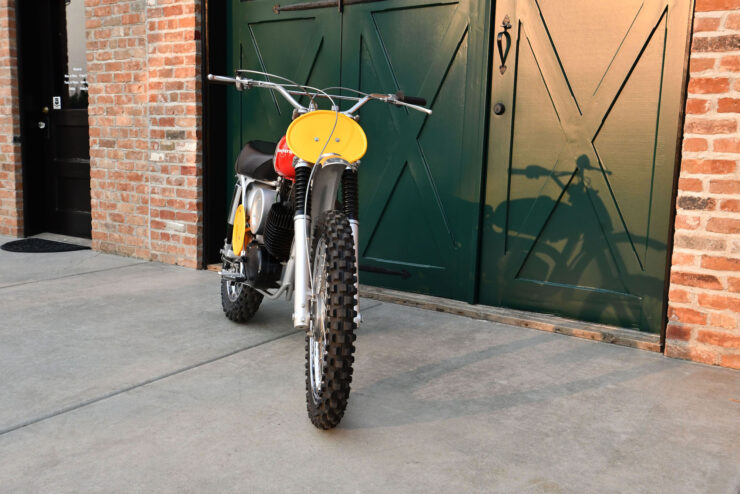 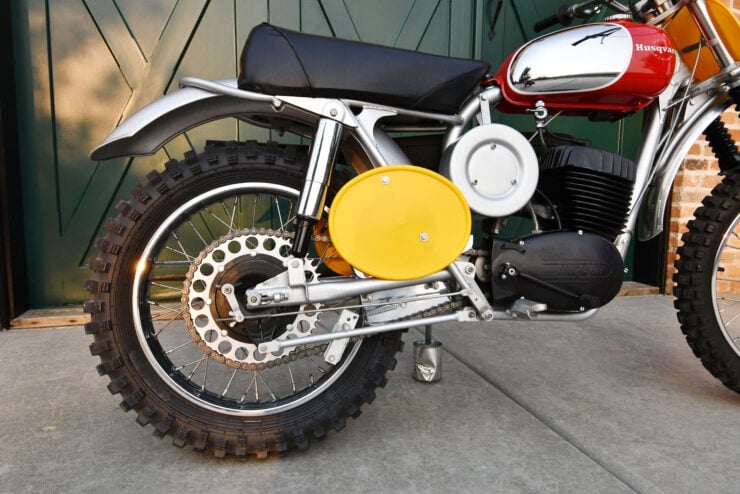 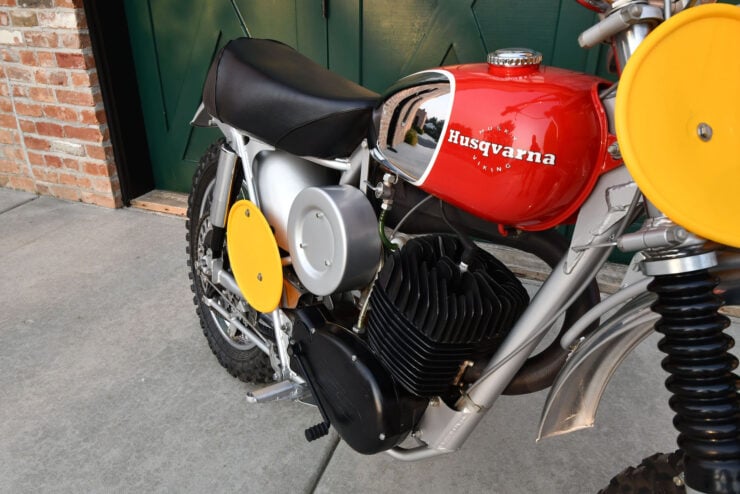 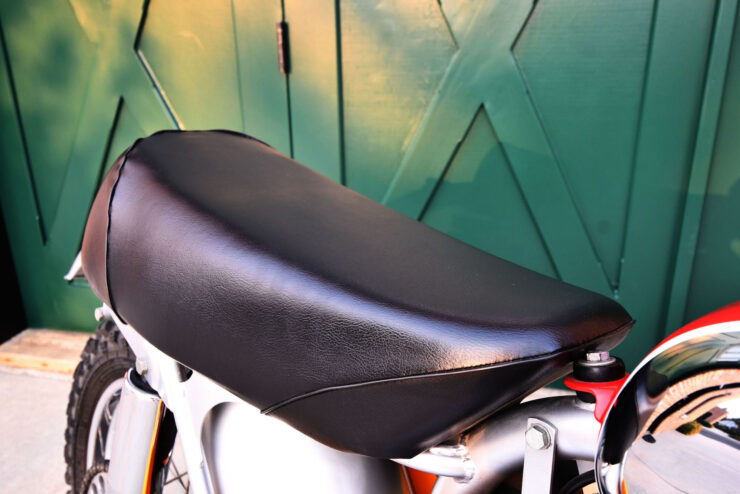 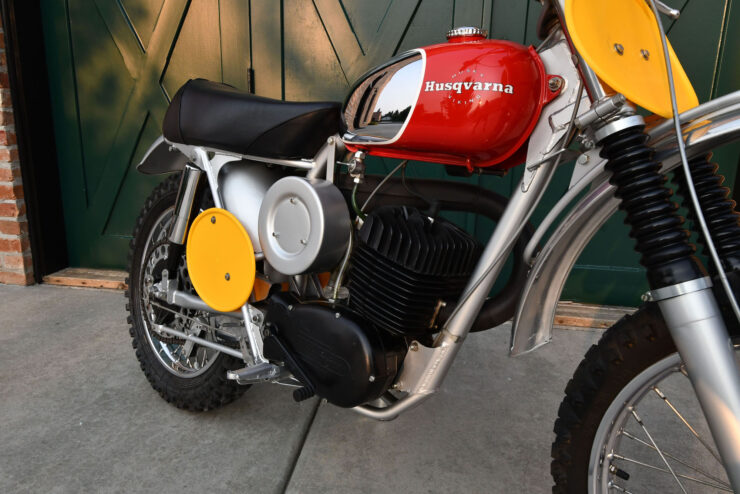 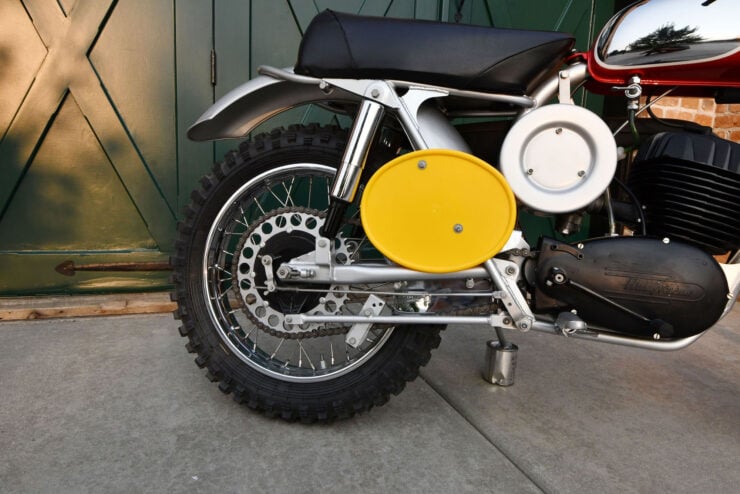 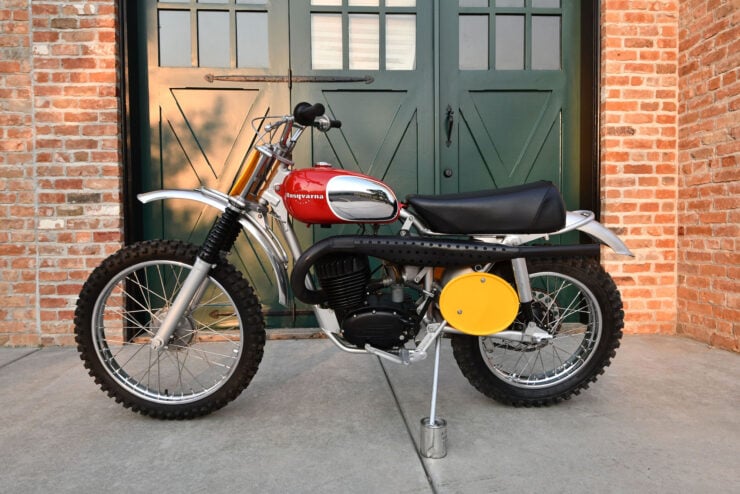 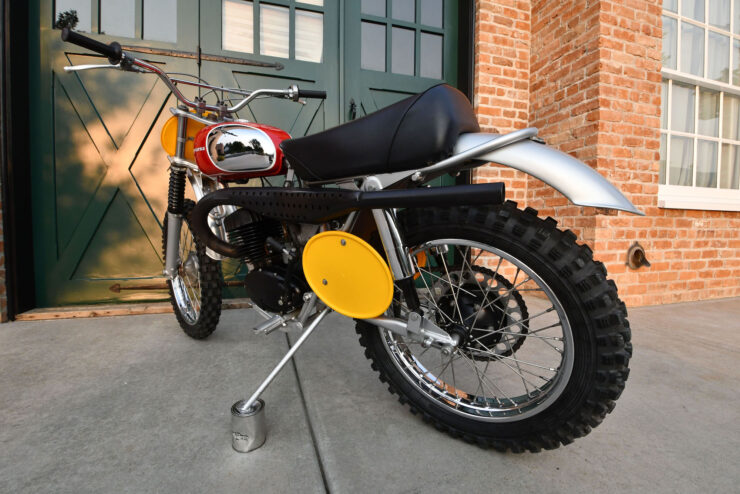 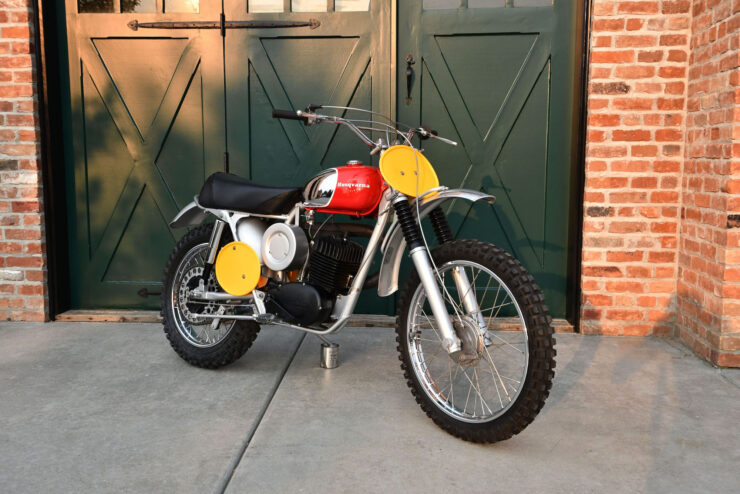