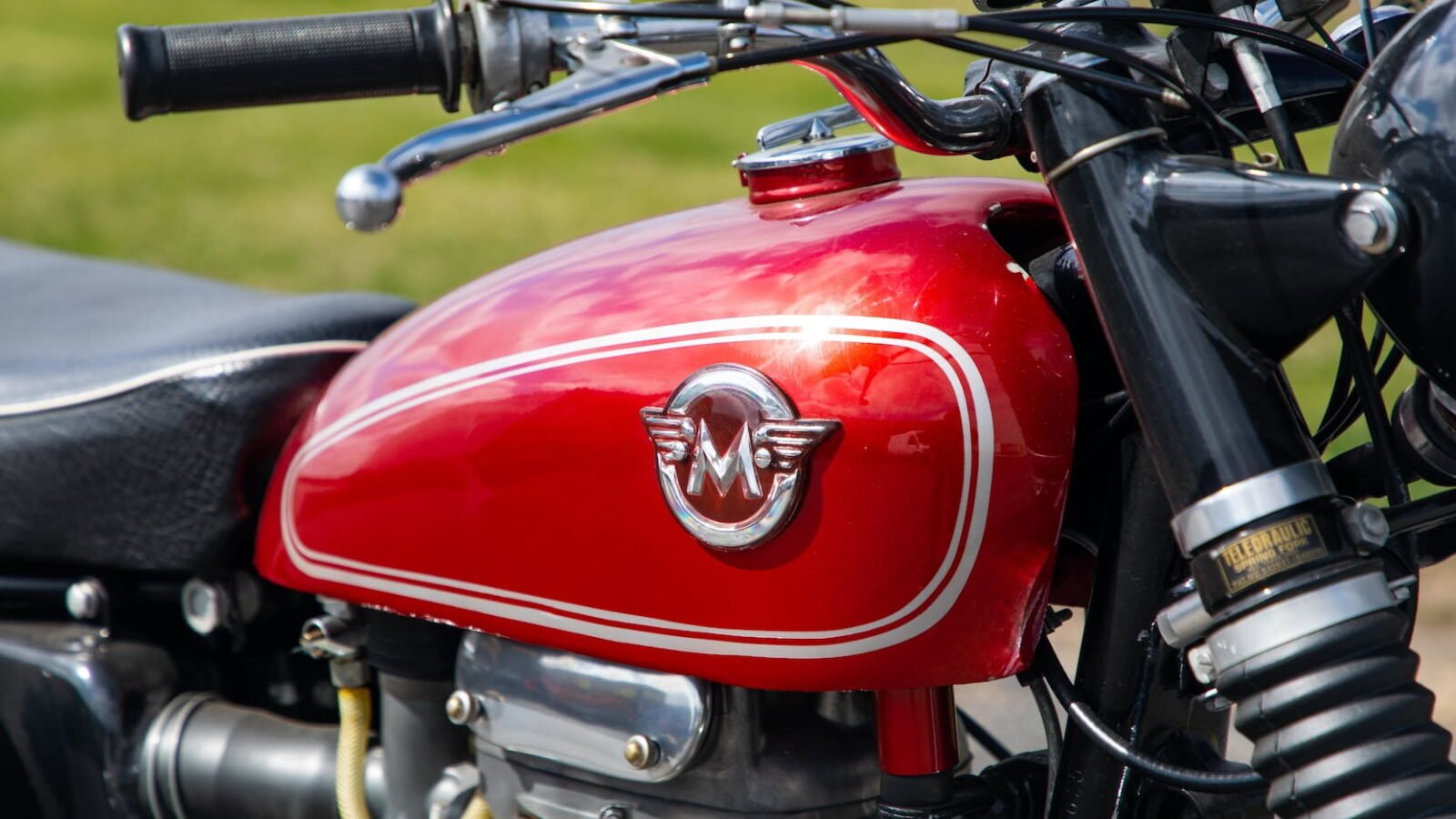 The Matchless G80CS was one of the most dominant scrambles and off-road racing motorcycles of the 1950s and early 1960s. Before the arrival of the soon-to be-dominant Husqvarnas and other lightweight two strokes in the 1960s, it was the heavier British four strokes that dominated the world of off-road racing in the United States, Europe, and further afield in places like Australia, South Africa, and New Zealand.

The secret to the success of the Matchless G80CS largely came down to its combination of a good frame and an excellent high-torque single cylinder engine that could handle the exceedingly rough life of the Californian desert racing scene and come back for more.

Matchless developed the G80 series of single cylinder machines in the post WW2 years. Between 1946 and 1948 the model had a rigid rear but in 1949 it received a sprung rear end and the handling was significantly improved as a result, the model name was changed to G80S with the “S” standing for “Suspension”. 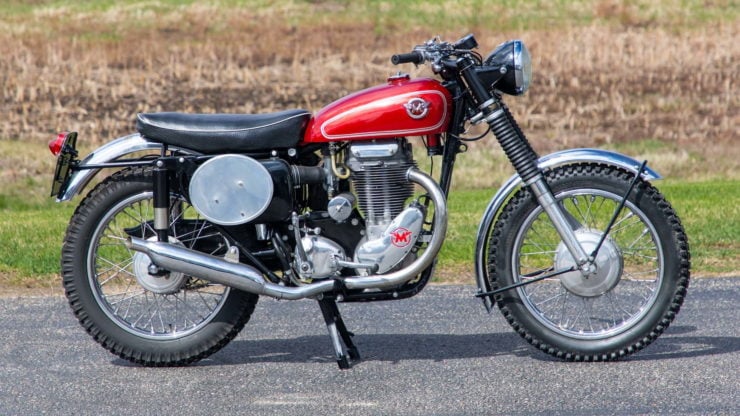 The Matchless G80CS was introduced in 1951 in “long stroke” form, this was a model specifically designed for the American off-road racing market that had been exploding in popularity after the end of the Second World War. The addition of the “C” to the model name stood for “Competition”.

The G80CS was fitted with a modified version of the G80 engine and a four speed transmission inside a tubular steel cradle frame with telescopic shock absorbers up front and twin shock absorbers in the rear. A slew of changes were made to the G80CS including higher performance cams and larger valves, the original engine size of 497cc was maintained and the basic architecture remained the same – a single cylinder with two pushrod actuated overhead valves.

The simplicity of the engine and its toughness won it many fans in the United States, larger twin cylinder machines became increasingly popular in the 1950s and were dominant by the early 1960s but before this time the G80CS won countless races and it took four British 500 Motocross Championships. Matchless would change the frame in 1960 and they offered a 600cc version to try to keep better pace with the 650cc twins, particularly the Triumph TR6C. 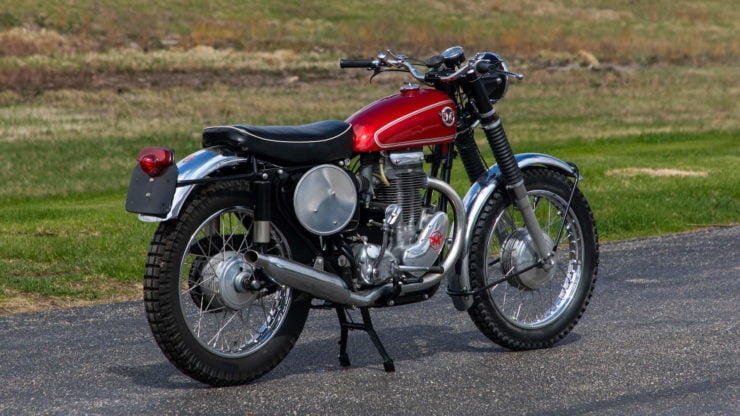 Collectors and enthusiasts have remained enamoured with the Matchless G80CS for decades since it left production in 1966. The punchy single cylinder with its high torque output combined with the model’s good handling and relatively low weight has appealed to generations of riders, and thanks to the relatively affordable cost the G80CS is very approachable.

The 1964 Matchless G80CS you see here is a later version that benefits from the many upgrades made to the model over its 1951 to 1966 production run. It’s been carefully restored to original condition with a focus on getting as many of the details correct as possible. It’s finished in the classic Matchless color scheme of red, black, and chrome, and it’s fitted with period correct scrambles tires ready to take on the desert. 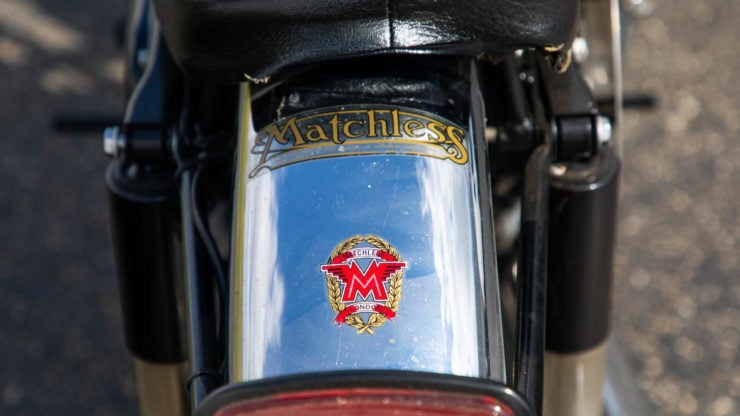 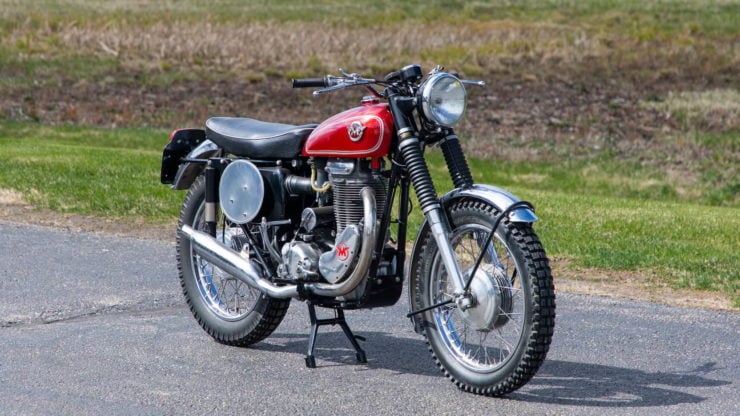 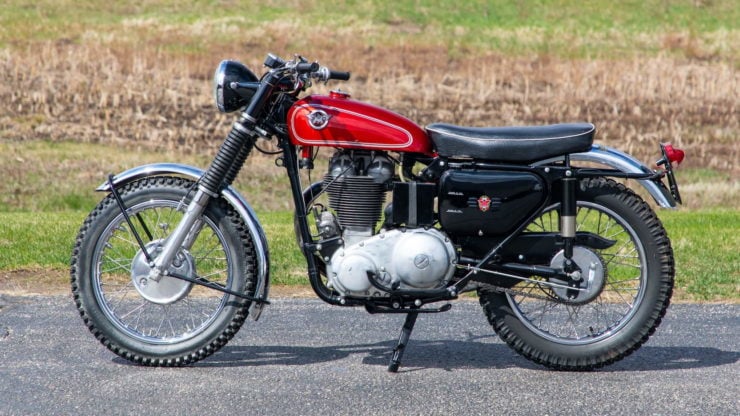 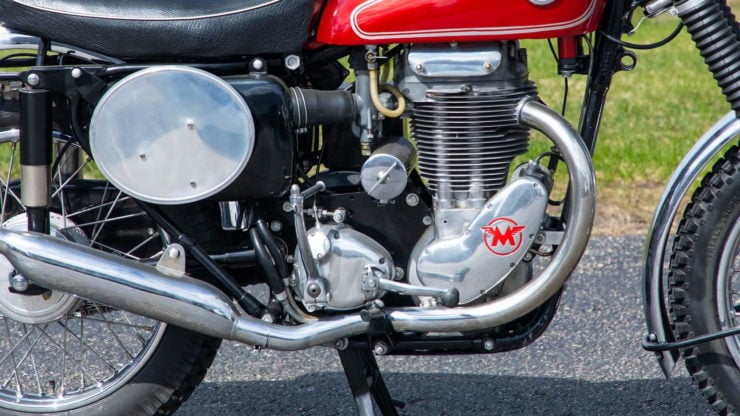 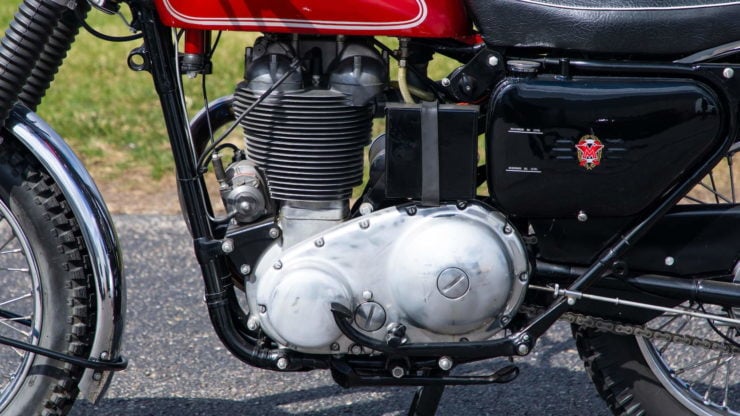 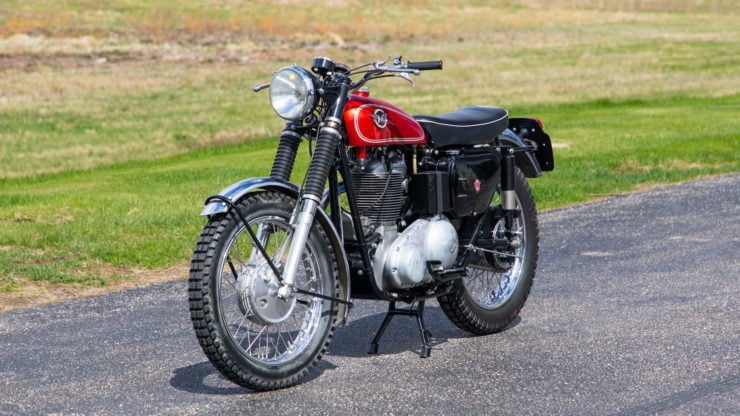 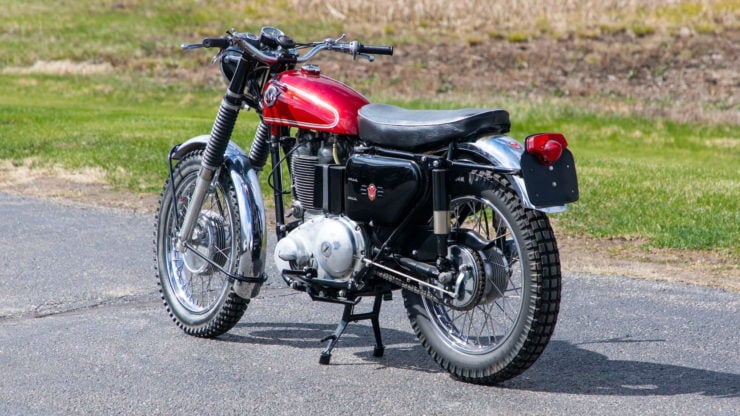 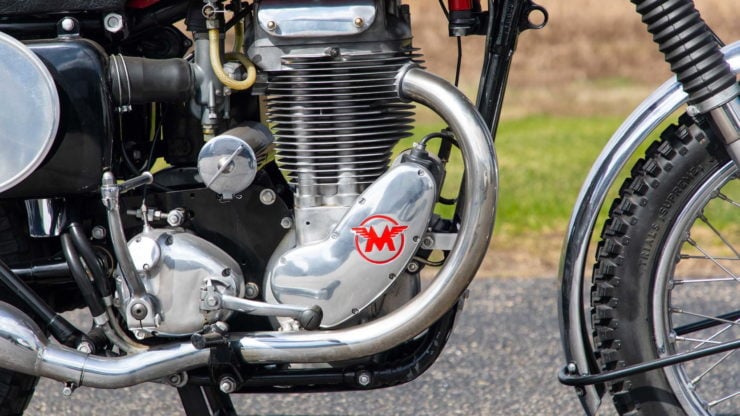 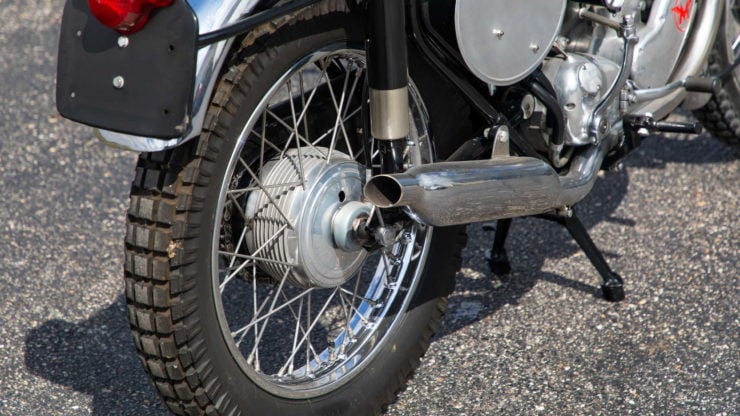 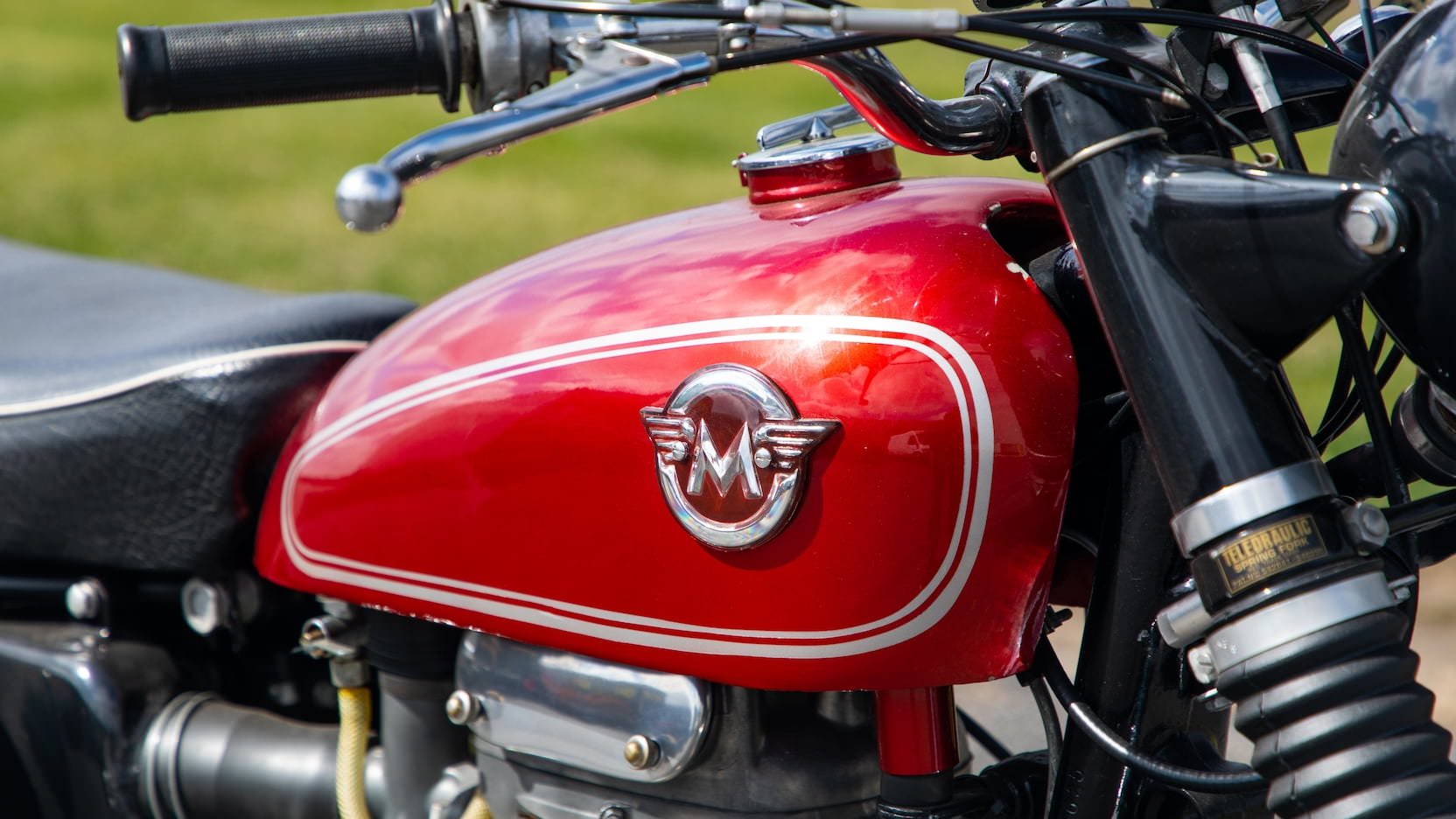