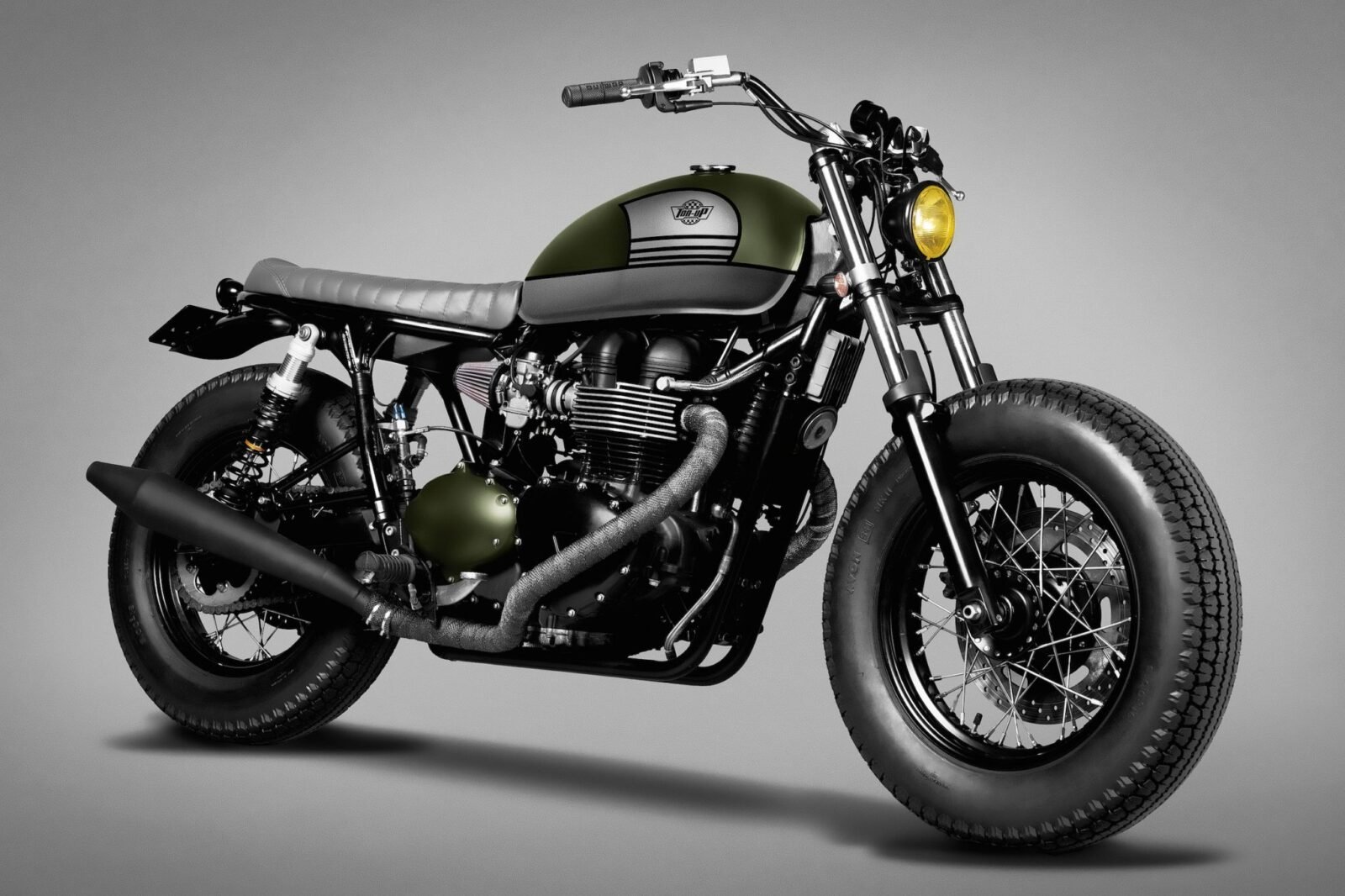 The Triumph Bonneville has quickly become one of the most popular targets for motorcycle customisers worldwide, bikes like the Yamaha SR400, Honda CB750 and the Harley-Davidson Sportster have all previously held the title but the recent shift towards cafe racer/scrambler/flat tracker customs has benefitted the Hinckley-based motorcycle manufacturer to no end.

The custom you see here started life as a stock 2007 Triumph Bonneville, this model is becoming more popular due to the fact that it was the last year that Triumph fitted twin-carburettors – by 2008 the Bonneville and related models were all fitted with electronic fuel injection.

Dubbed Hiawatha after the Native American warrior, the Bonneville’s rebuild began with a teardown – during the reassembly process a new low profile seat was added and a new wiring loom was created to fit neatly under the saddle. The rear suspension was replaced with advanced Öhlins units and the front springs were changed to match. A new and much smaller speedometer was then added to new handlebars next to a slightly smaller front brake master cylinder, the handlebar-mounted switches were also replaced for smaller black units.

In order to boost engine response a new exhaust was added and the carburettors were re-jetted to match, new low-profile stop and headlights were also bolted into place above cropped fenders and 16″ rims. The finished bike has already been shipped to its new owner in Lisbon, it’s just about the perfect motorcycle for the ancient Portuguese city and apparently it can be heard hammering around the old cobblestone streets in the early evenings. 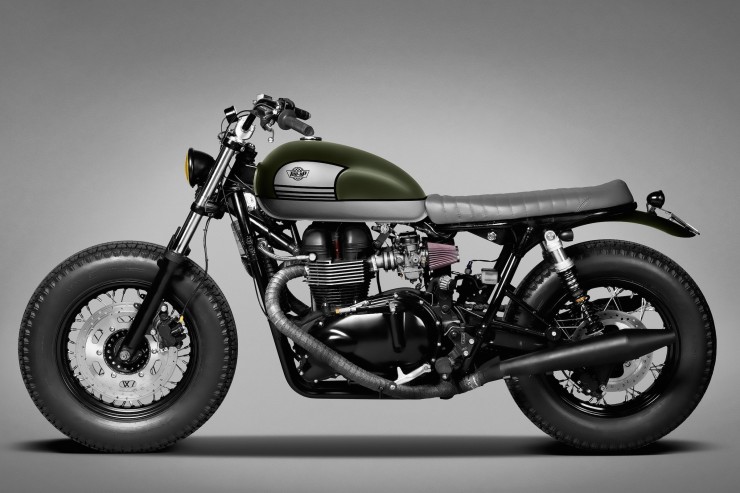 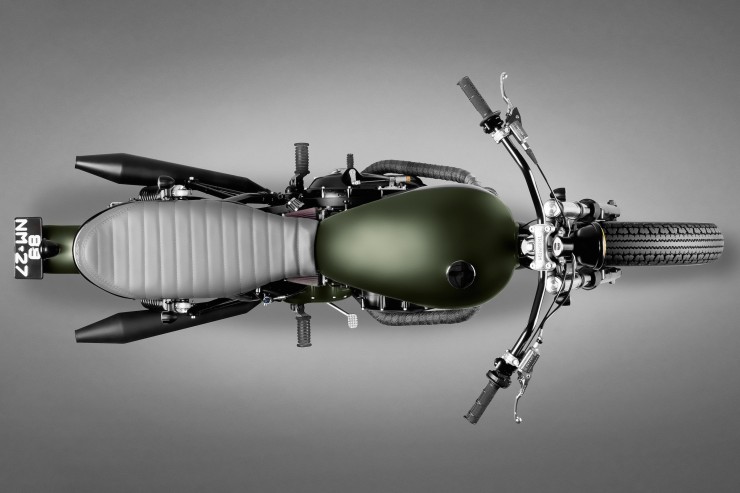 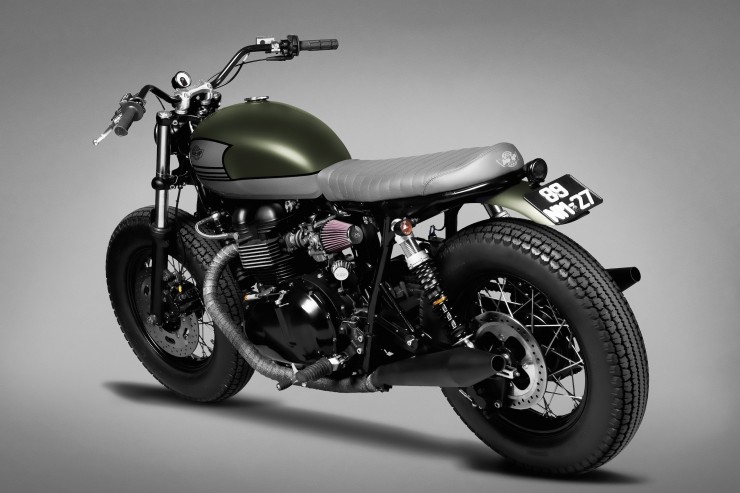 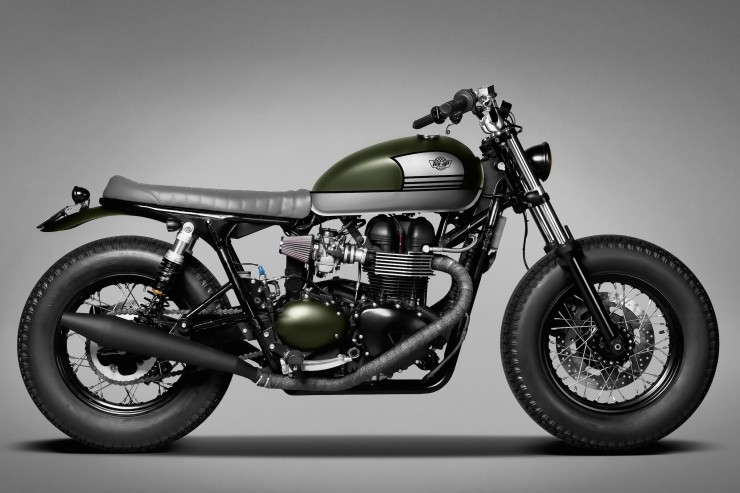 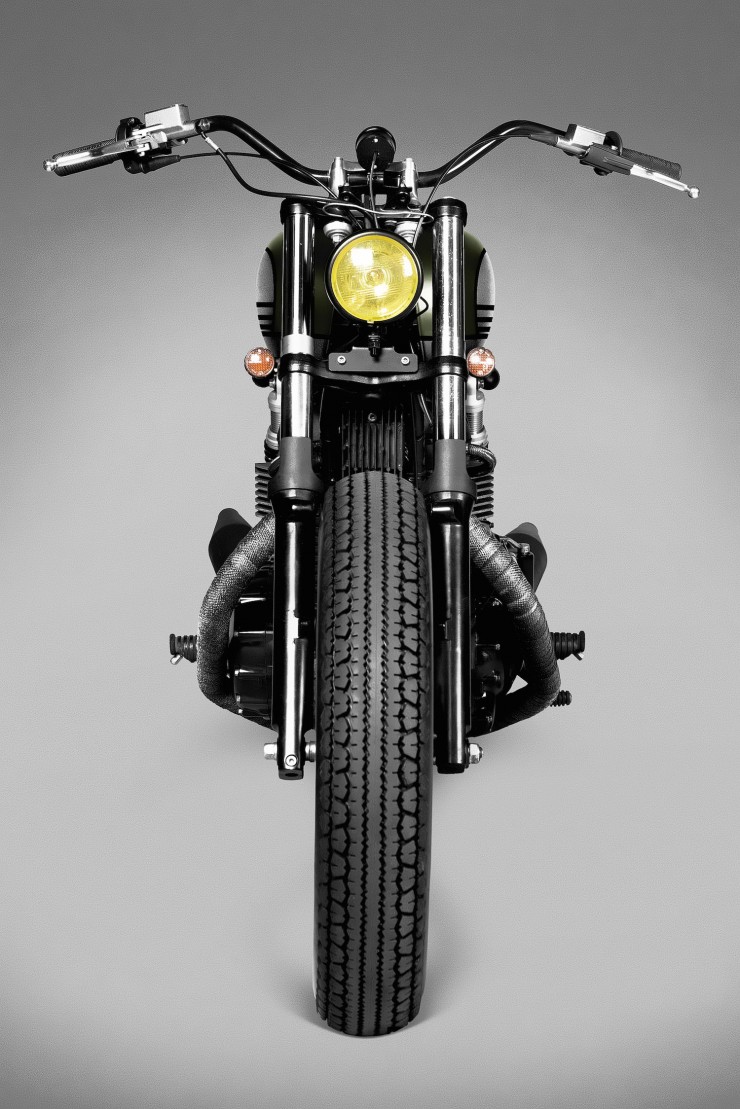 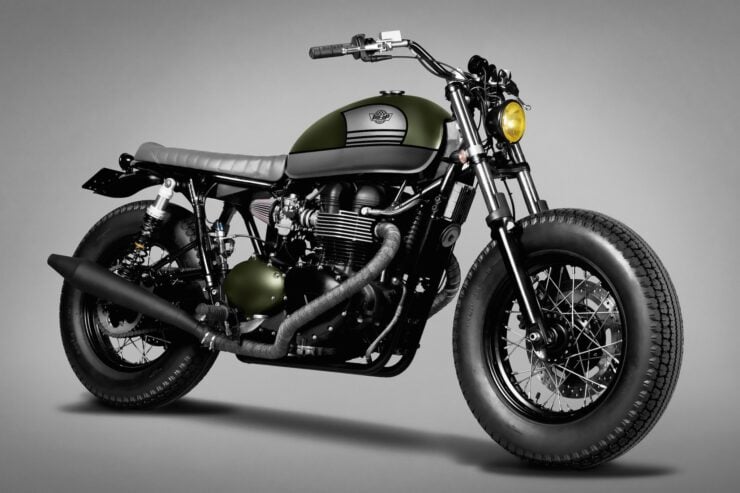 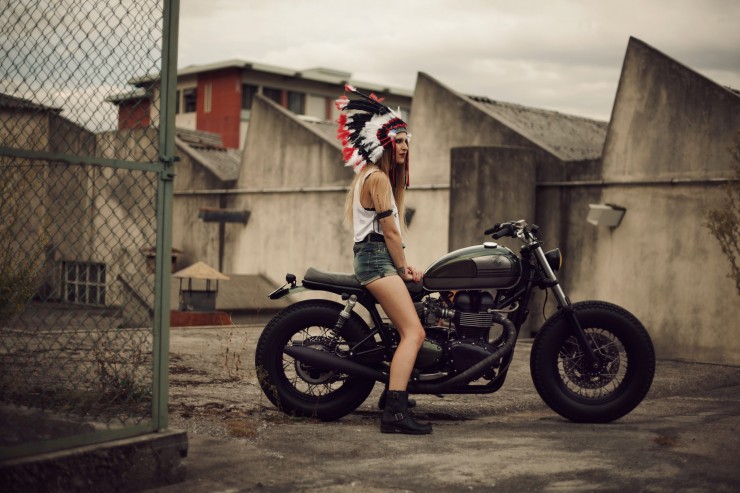 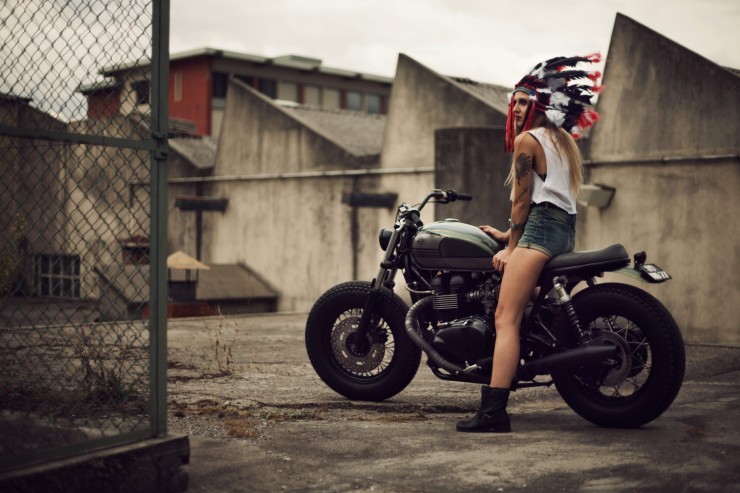 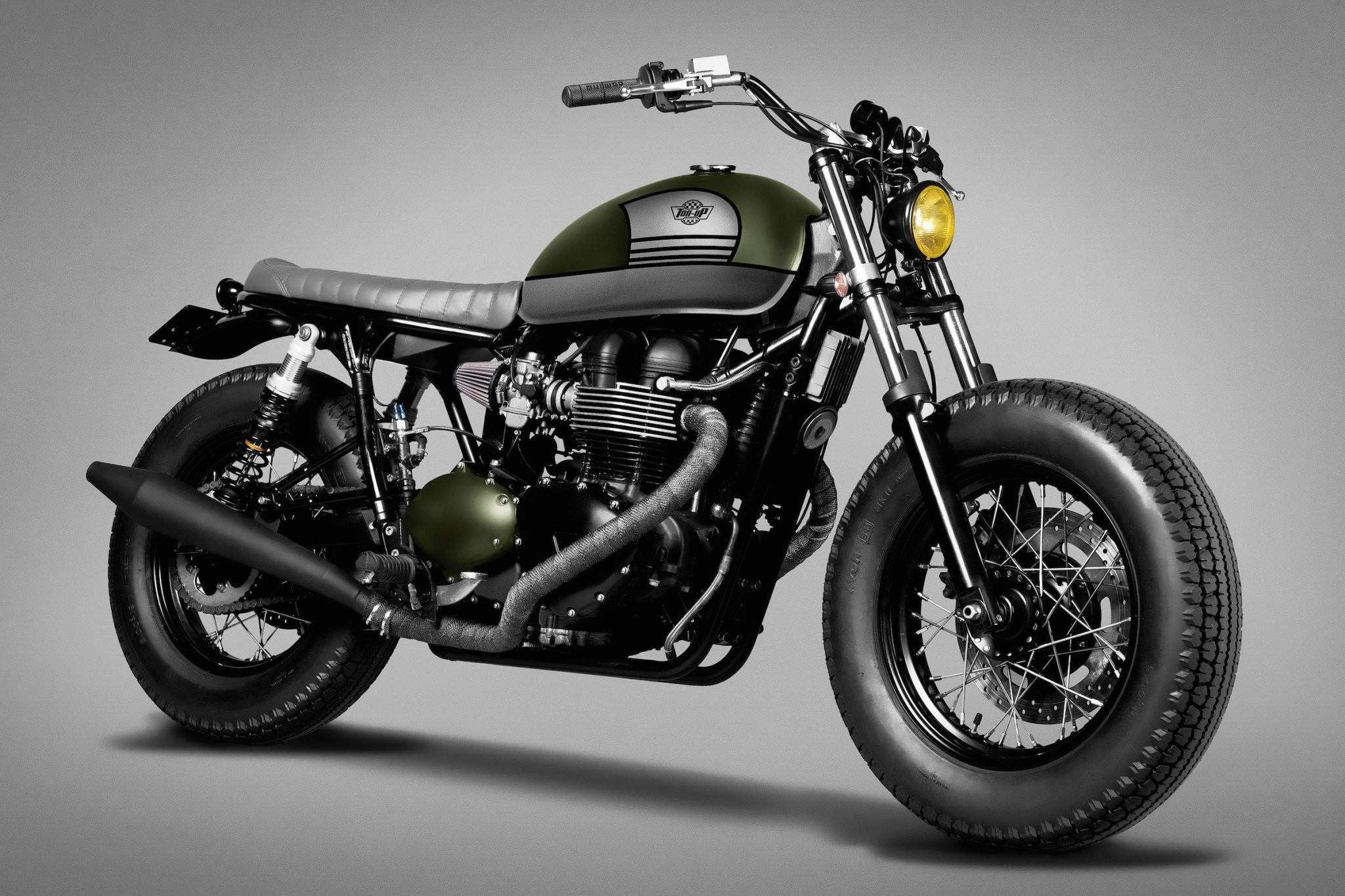