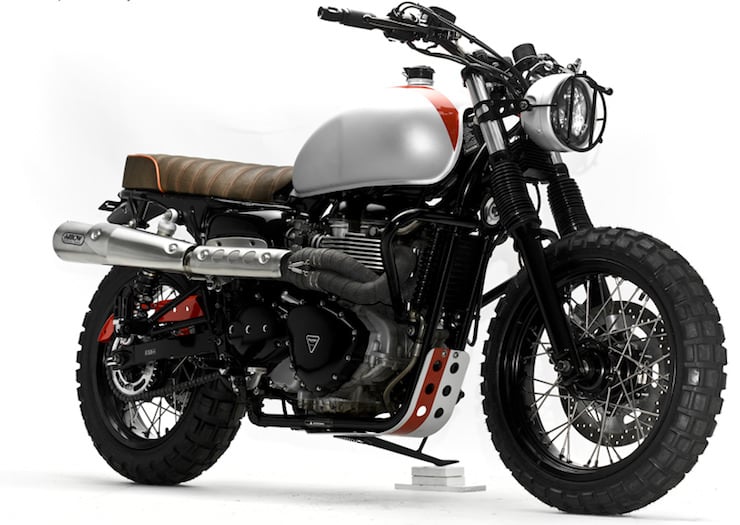 The Triumph Bonneville T100 was launched by the Hinckley based company in 2000, since then it’s become one of the most popular two-wheeled targets for customisation and an entire ecosystem has sprung up around it providing a huge array of performance parts and customisation options.

One of the most popular conversions has been the scrambler-look, Triumph ended up introducing an official scrambler based on the Bonneville in 2006 which has gone on to be hugely popular, but it’s always interesting to see what other bike builders can achieve using the same fundamental building blocks.

The Bonneville T100 based scrambler you see here was built by Michael Mundy and the talented team at Steel Bent Customs, it’s an excellent example of what a talented builder can achieve in a relatively short space of time, if they’re given carte blanche by their client. 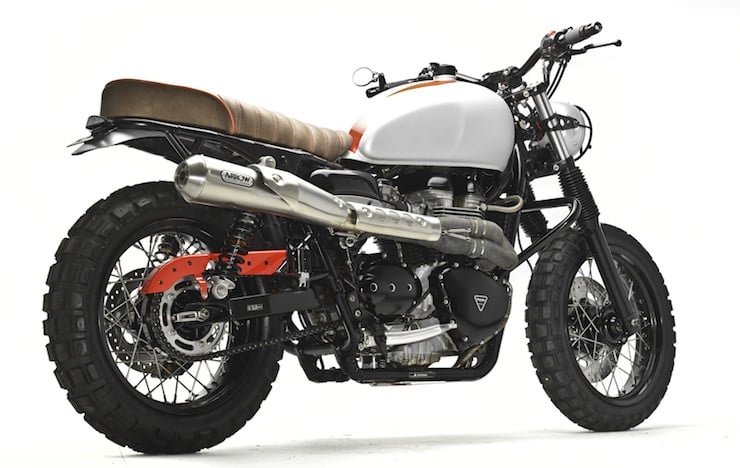 The build process started with the donor bike being stripped down to its bare essentials, the wheels were sent off to The Devon Rim Company in England to be re-laced with wider, lighter wheels. They then looped the frame and added support for the new exhaust and much smaller rear fender, once this was done the new 2 into 1 Arrow Exhaust has bolted on.

The stock shock absorbers were removed and a new adjustable pair from Öhlins were added, a new seat pan was fabricated and a new leather seat was added. Attention now shifted to the engine, all the chrome was removed and satin black powder coated to give the bike a slightly less polished appearance. The stock interment cluster was then tossed and a new, much smaller Motogadget gauge was bolted on to keep things clean and tidy.

The client settled on a matte silver paint job with a Coast Guard orange stripe, if you’d have described it to me over the phone I would have thought it looked ghastly but it actually works very well in this context. You might have noticed that the gas tank cap has a removable Francis Barker compass bolted onto it, a design touch that works exceptionally well on a bike with serious off-road intentions.

If you’d like to see more from Steel Bent Customs you can click here to visit their website, they have a huge array of builds now and all of them are worth seeing. 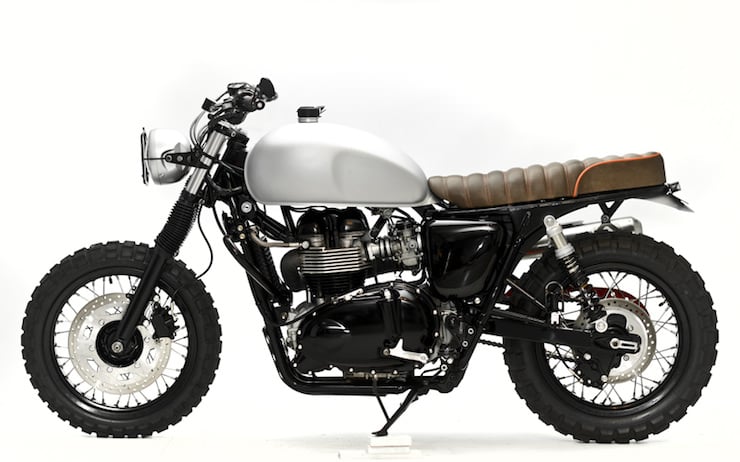 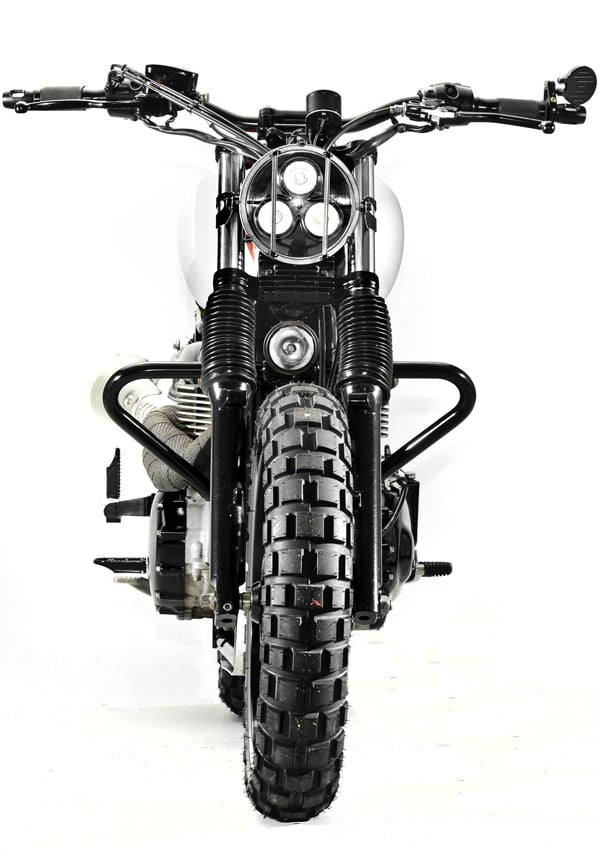 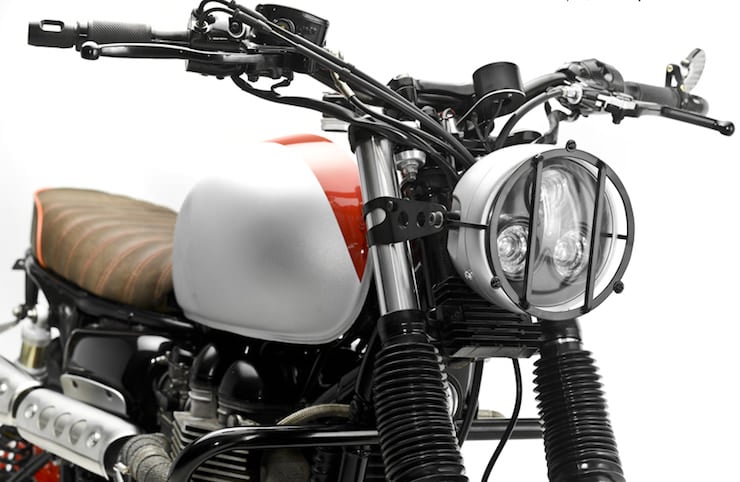 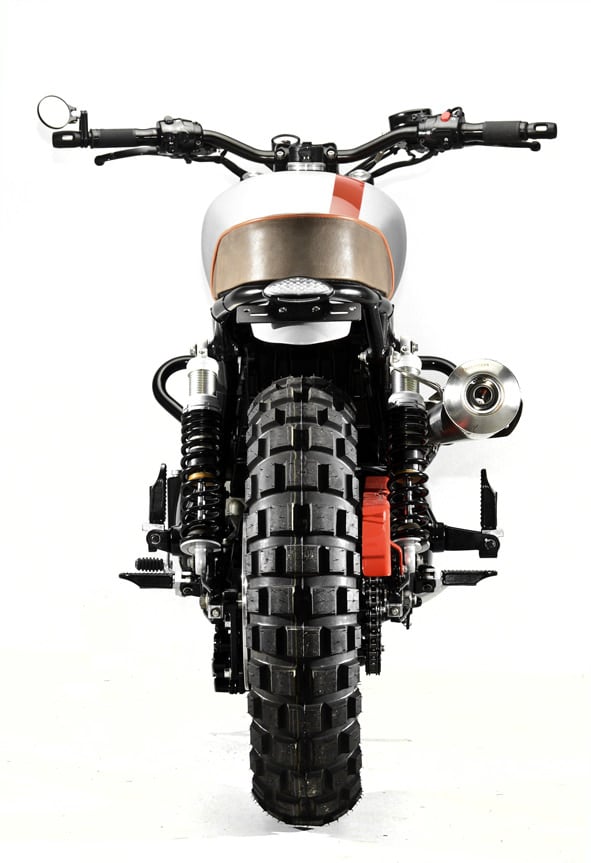 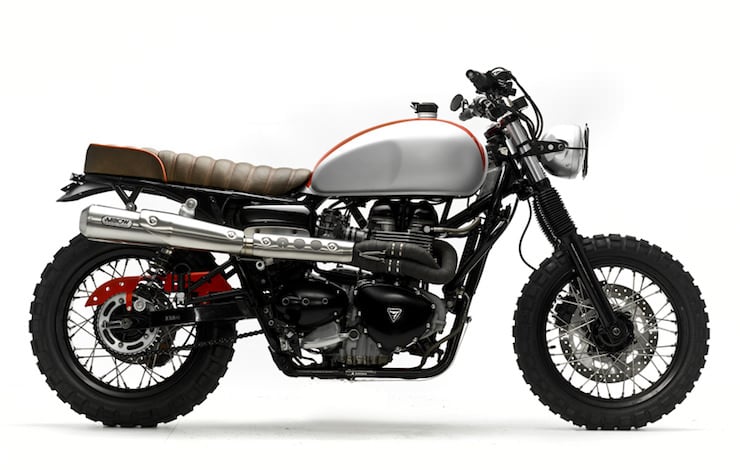 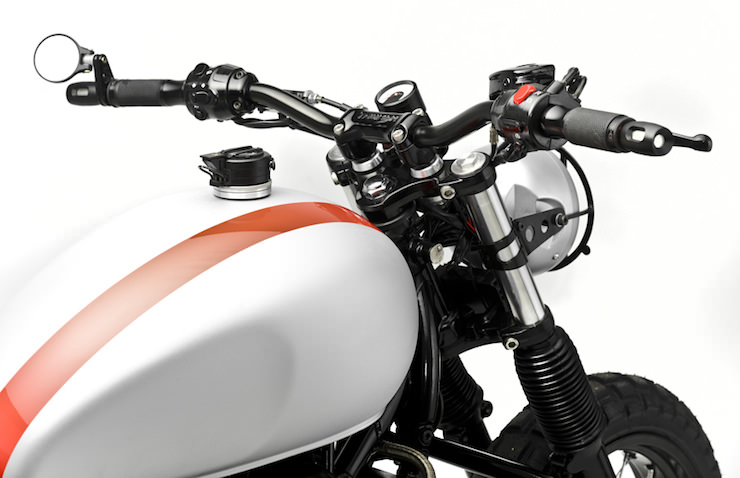 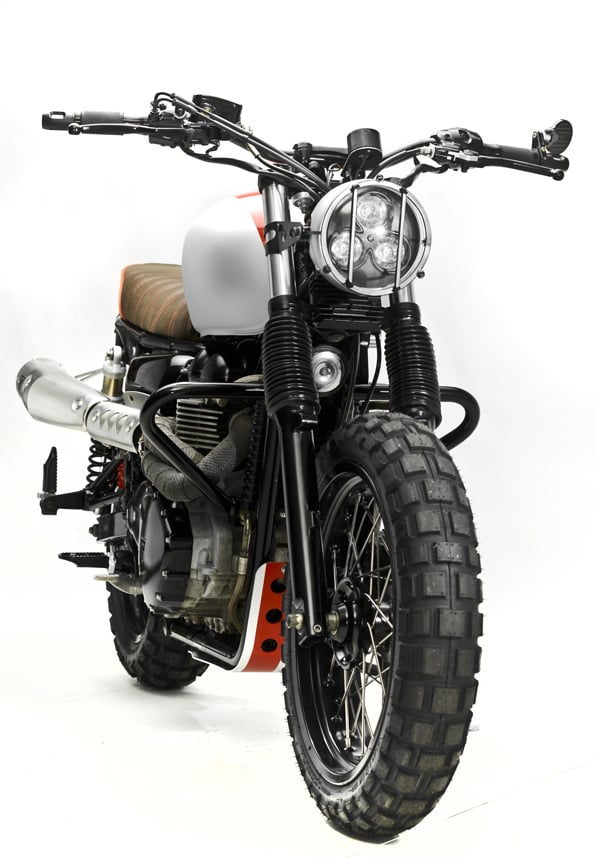 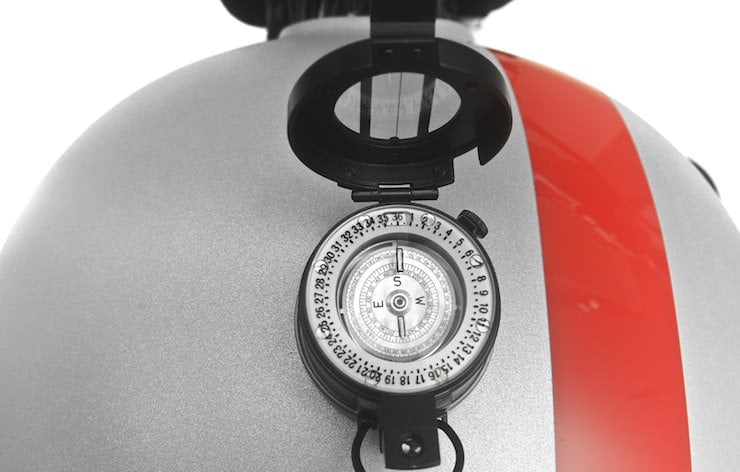 All images by Erick Runyon. 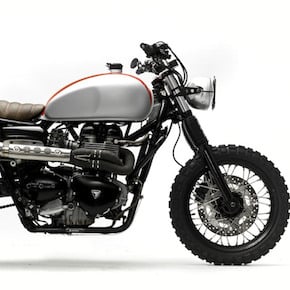