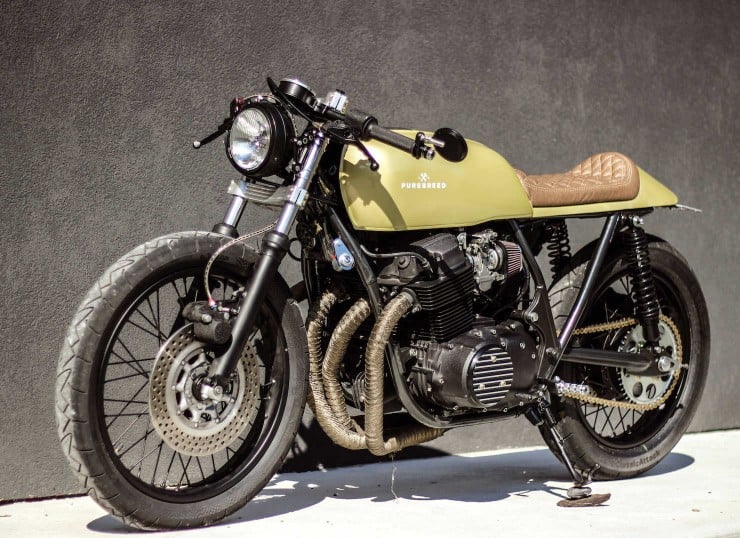 Purebreed Fine Motorcycles is a relatively new French Canadian custom motorcycle garage run by Guillaume Brochu, Guillaume is one of those non-traditional intellectuals who find fascination with seemly unrelated things but then somehow manages to pull them altogether. He graduated from college as a certified accountant before eighty-sixing Microsoft Excel for the life of a sommelier, a career he kept for 10 years.

Whilst living the high life as a professional sampler of fine wines, Guillaume discovered downhill mountain biking and threw himself into the sport – going so far as to hand build his own specialist bikes and then tweaking them for specific courses.

It wasn’t long after this that he discovered motorcycles, a passion that would allow him to use his technical skills from building mountain bikes and his sommelier skills on those days when the engine just won’t start.

The Honda CB750 you see here is one of the original builds from Purebreed Fine Motorcycles, it has a beautiful sense of minimalism and purpose about it, a theme that seems to work well with the older SOHC CB750s. 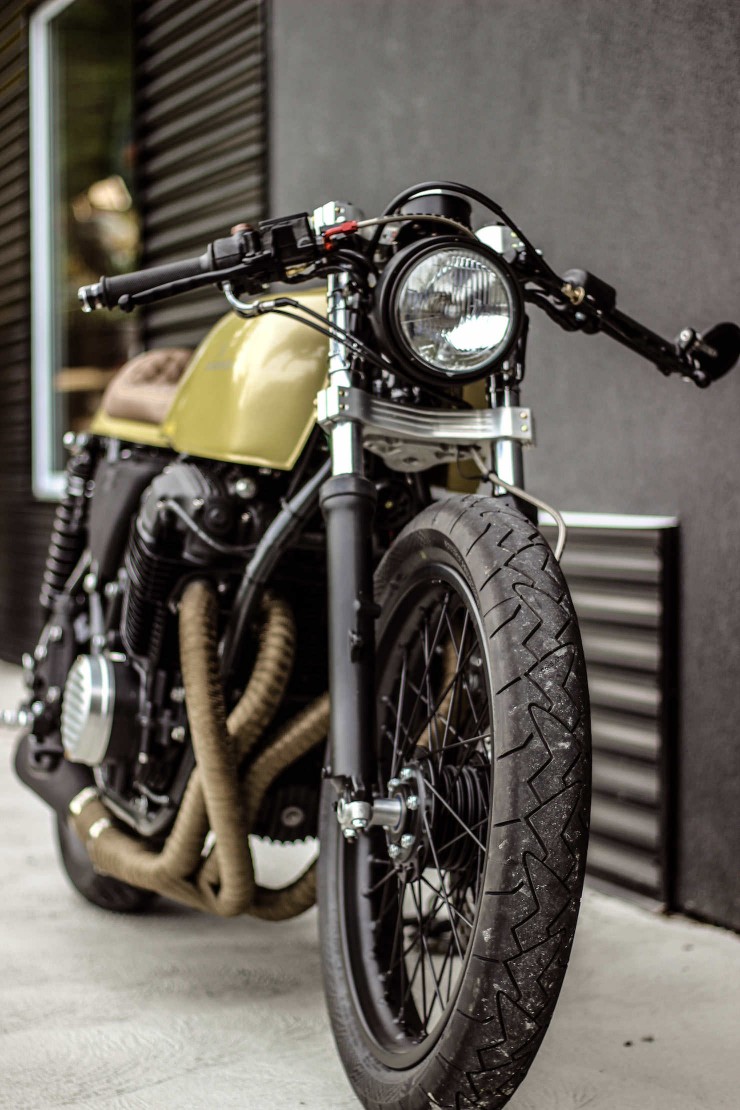 As with all Purebreed Fine Motorcycle customs, this bike’s build started with a full tear down and engine rebuild, to ensure that it’ll be a reliable daily rider for its new owner. This particular CB750 has had its engine re-sleeved to 915cc, a new aggressive cam has been added as KPMI valves, titanium retainers, forged connecting rods and a lightened and balanced crankshaft.

These modifications make the bike capable of producing 90hp at the rear wheel with 80 ft-lbs of torque (both dyno tested), these figures coupled to the bike’s new dry weight of 320lbs make it a far more nimble machine than the stock SOHC CB750 ever was.

The finished touch on the bike was the addition of Porsche Lime Gold Metallic paint, a bold choice but it works remarkably well on this build and contrasts nicely with the exhaust wrap, seat upholstery and blacked out engine. 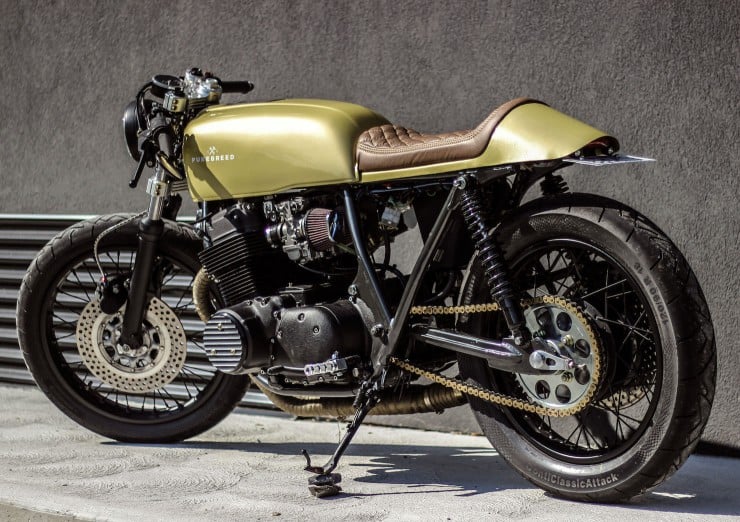 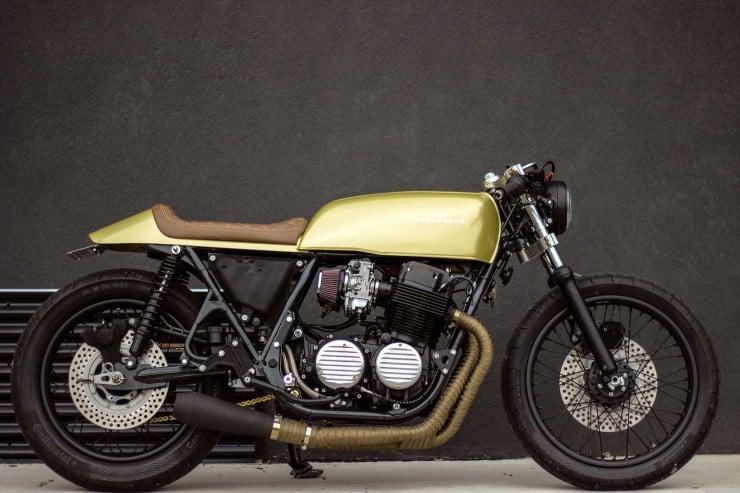 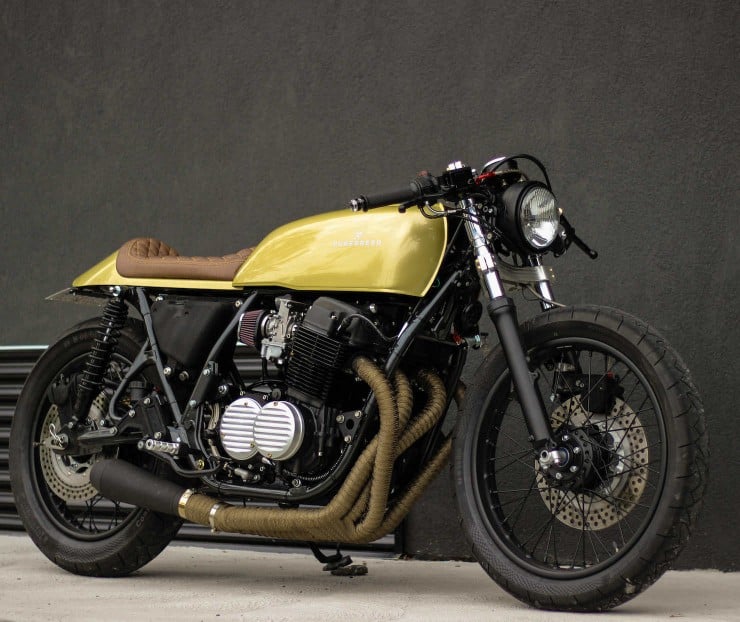 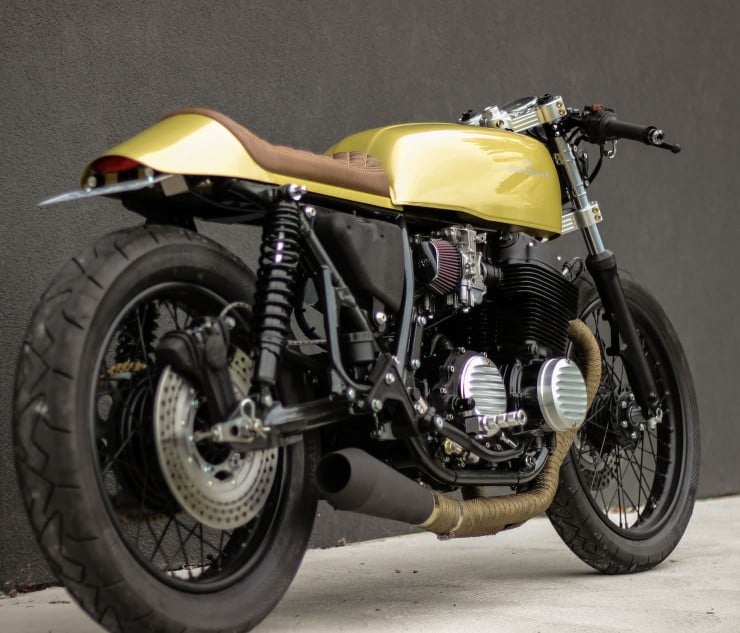 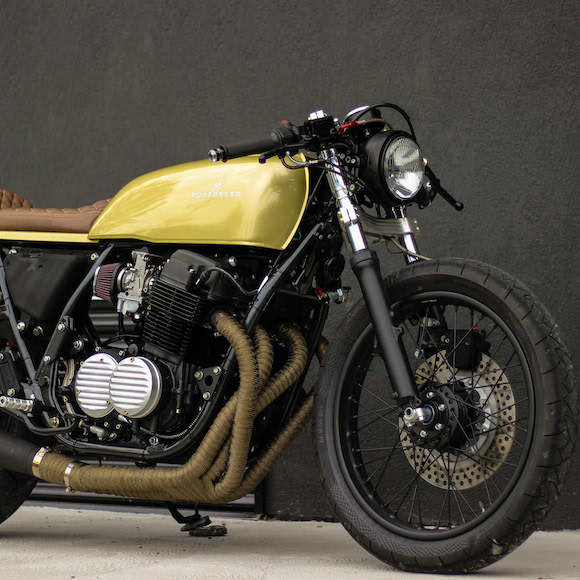