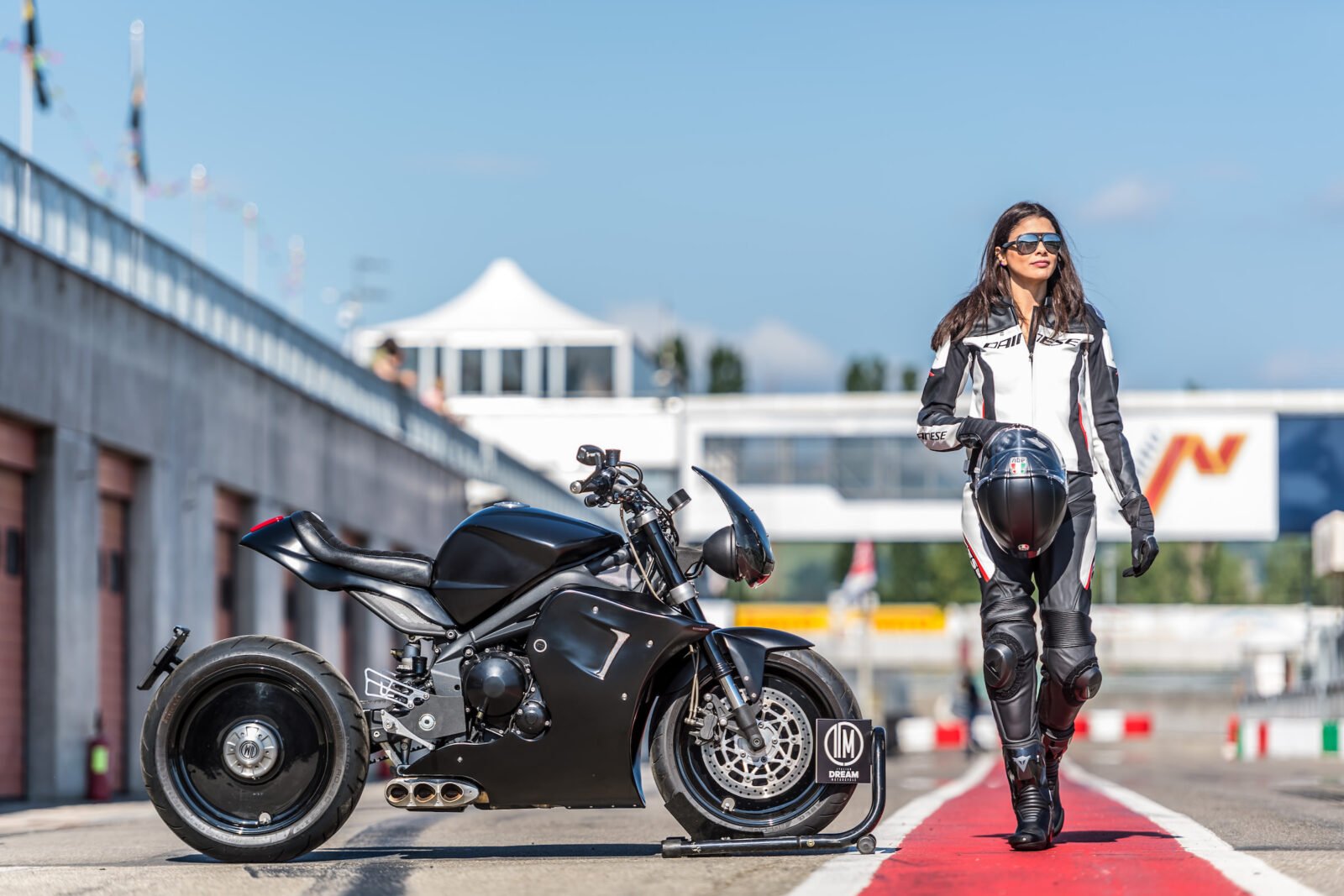 Tripla 0.0 675 is a series of 5 bespoke Triumph Street Triples from Italian Dream Motorcycle, a company that describes itself as a microscopic motorcycle manufacturer due to the fact that they produce a limited series of motorcycles each year, with a maximum of 5 per series.

Italian Dream is an unusual company run by a remarkable man, at the age of 30 Sergio Giordano was diagnosed with cancer, while fighting the disease he joined a gym and threw himself headlong into training. 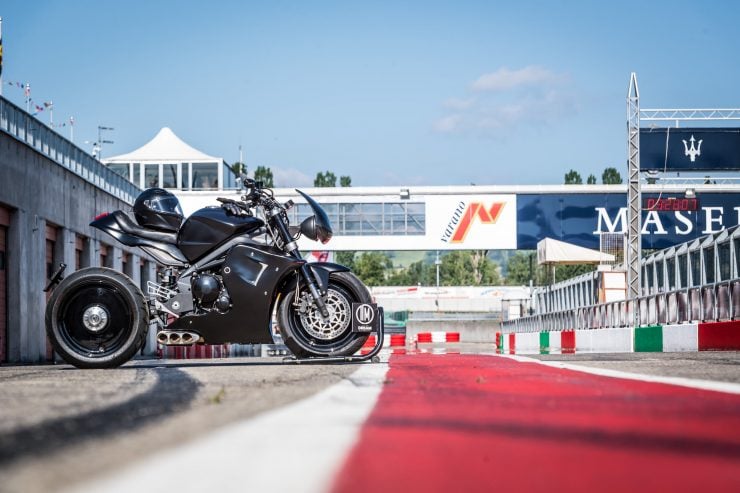 Earlier in his life Sergio travelled through Indonesia, Spain, South America, and North Africa, spending 15 years living abroad. During his life he has worked as everything from an SSI scuba instructor to the founder of Italy’s most successful chain of sushi restaurants, before pursuing his lifelong passion – motorcycles and motorcycle racing.

Each year Italian Dream Motorcycle builds a bike inspired by one of the great Italian world championship motorcycle racers, this series was dedicated to Marco Lucchinelli – a racer who was nicknamed Crazy Horse for his wild and unpredictable riding style.

Sergio exclusively uses engineers and mechanics from the MotoGP or WSBK circuit for his builds to ensure unparalleled quality. Each build is designed with a strict function-over-form philosophy, ensuring the completed motorcycle is invariably significantly quicker around the track than the bike it started out as. 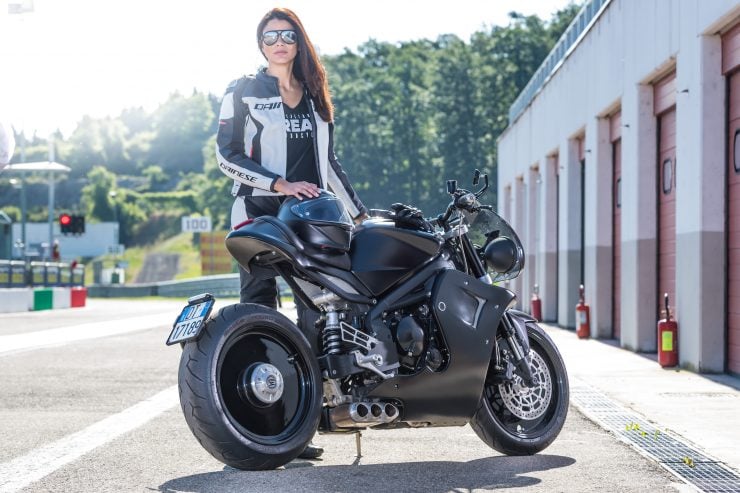 The Triumph Street Triple is based on the Speed Triple, introduced in 1994 as the British answer to the hugely popular Ducati Monster. The Speed Triple was named after the iconic Triumph Speed Twin released in 1938, and as the names imply the Twin had a two cylinder engine and the Triple was fitted with the three cylinder.

Once a suitable donor bike was found it was stripped down to the essentials so work could begin. It was decided to add new side fairings made from hand-shaped aluminum to make the bike more aerodynamic at speed, and a new rear subframe was designed.

The original swing arm was inspected closely and a decision was made to remove it entirely and replace it with the more advanced single-sided swing arm, a WSBK engineer studied how to reposition it for best possible handling, and the monoshock was moved to a more advantageous position.

Unusually the team decided to remove the chain drive and replace it with a belt drive, using parts designed and created via CNC. A new floating rear license plate holder with integrated turn signals was developed, with new rear sets and ankle guards. 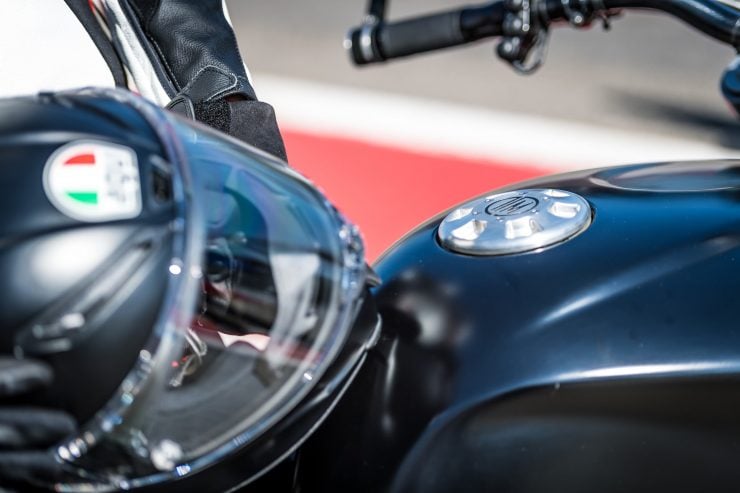 A new seat was fashioned and upholstered by Emilian artisans who also do work for Ferrari and Maserati, and underneath there’s a new lightweight lithium-ion battery. Accossato Racing worked with Sergio to provide new handlebars, levers, and push buttons for the build, and an aero-shield was made for the characteristic twin headlights up front.

Perhaps most importantly the engine was reworked to produce 10hp thanks to a custom map and a bespoke exhaust with a triple exit on the lower righthand side. Both the front and rear suspension was replaced with Öhlins units, with Brembo gold series 4 piston brake calipers up front.

The completed bike is one of those motorcycles that looks like it’s going 100 mph while standing still, largely thanks to its svelte fairings, headlight cowl, and raised subframe. In Italy it’s already been featured in Rolling Stone Magazine and at EICMA, and Sergio is taking orders now for the other bikes in this production run. 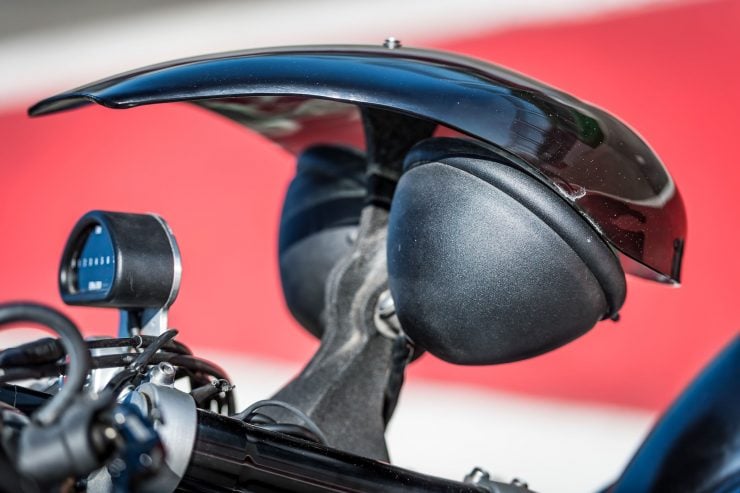 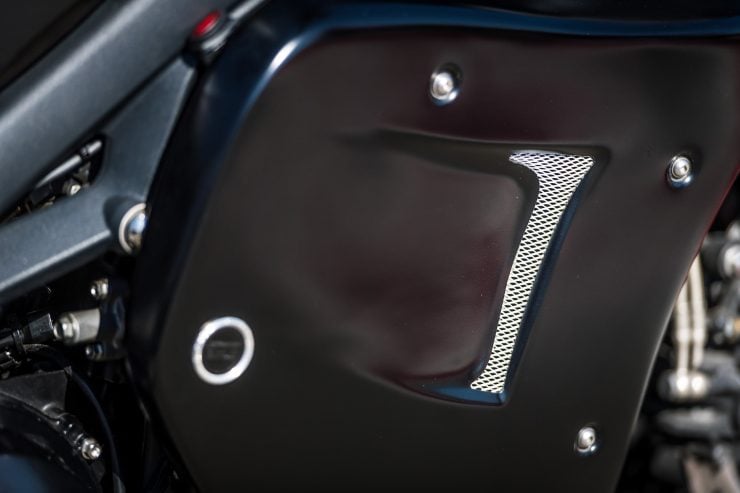 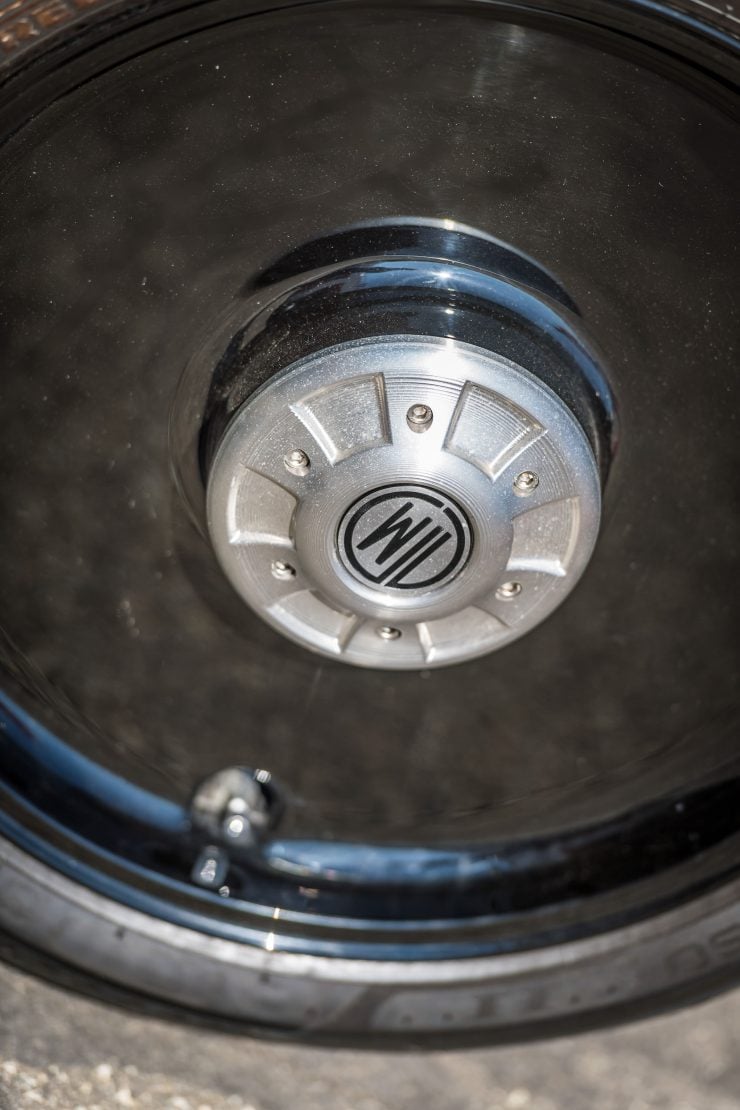 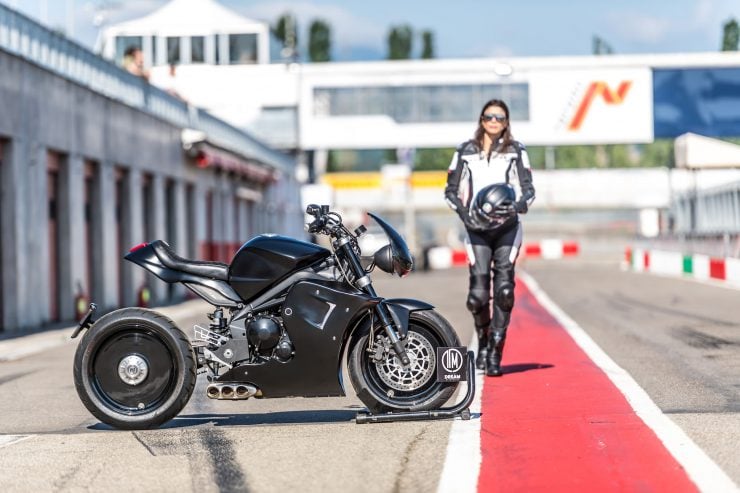 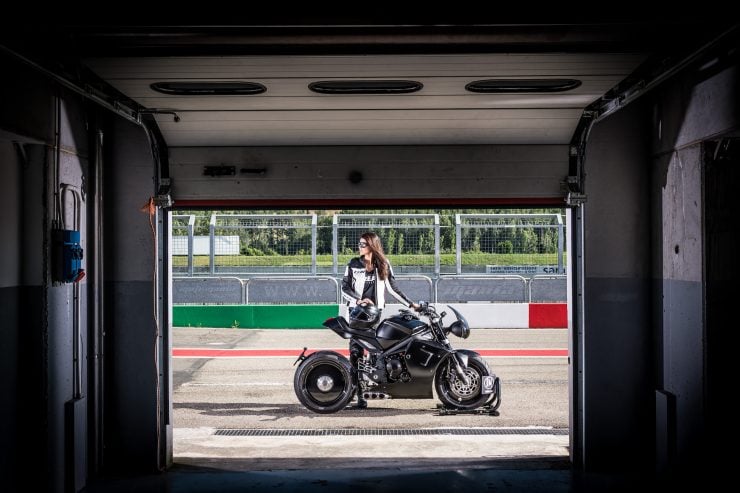 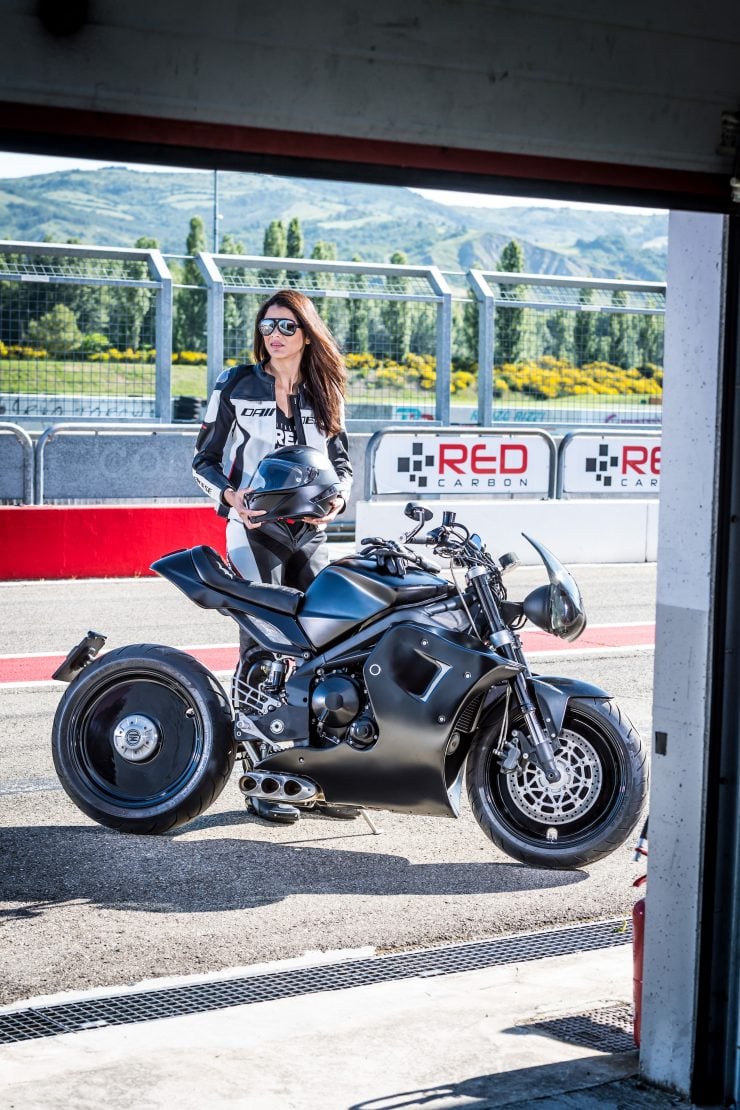 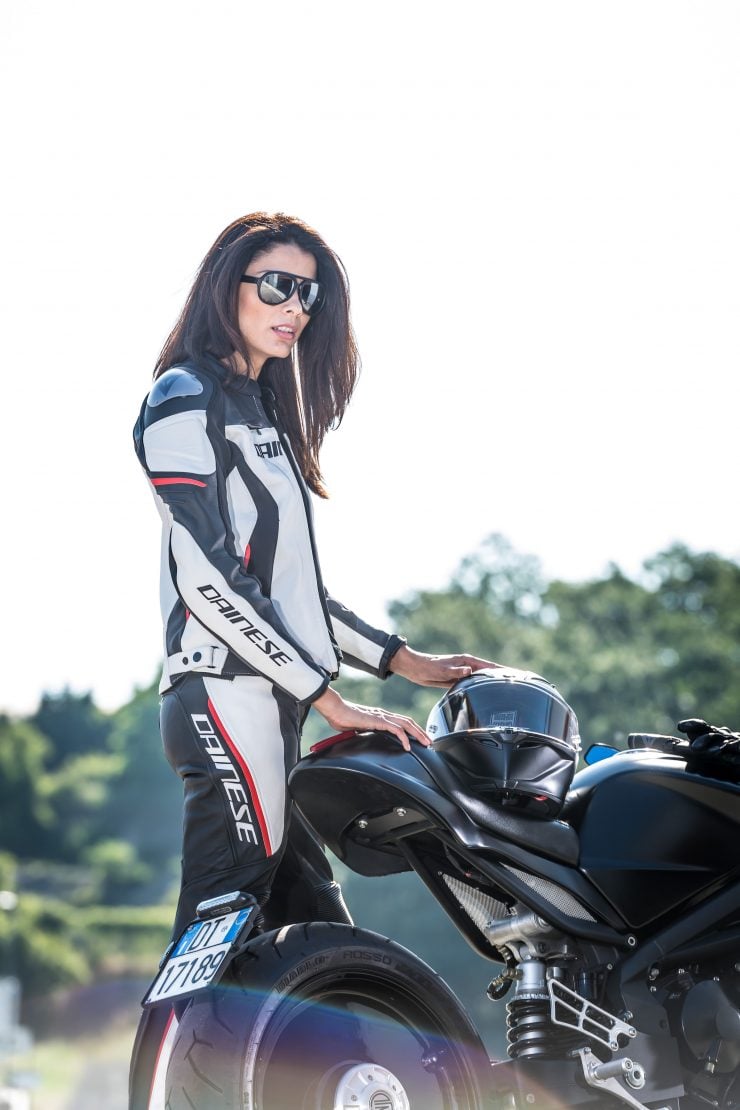 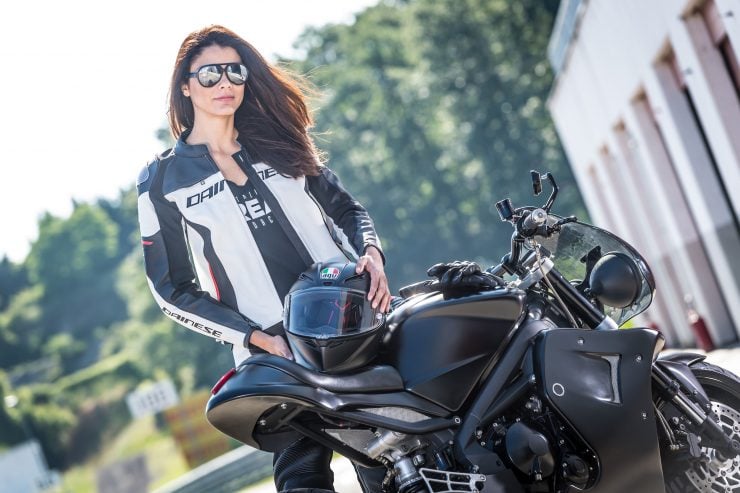 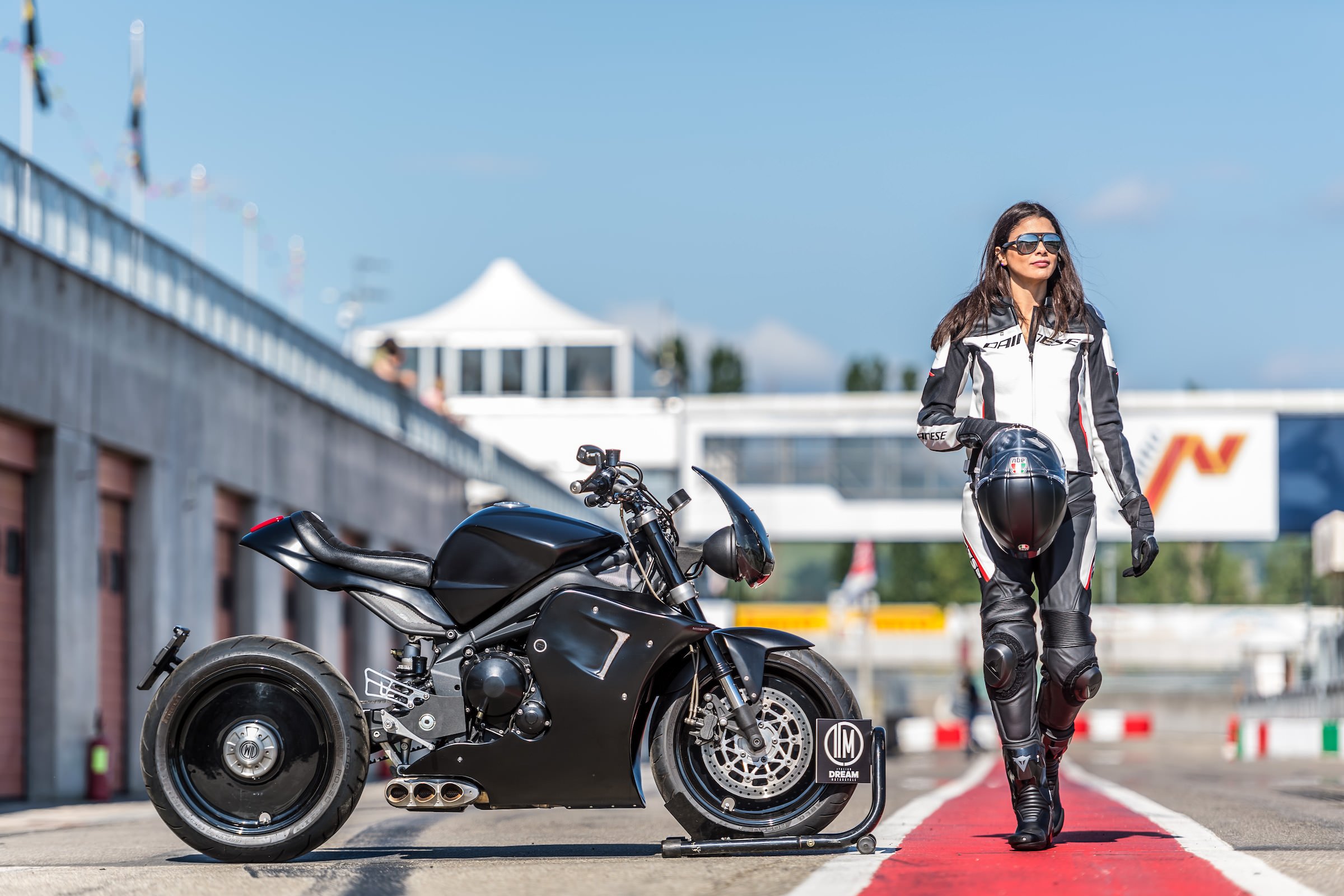