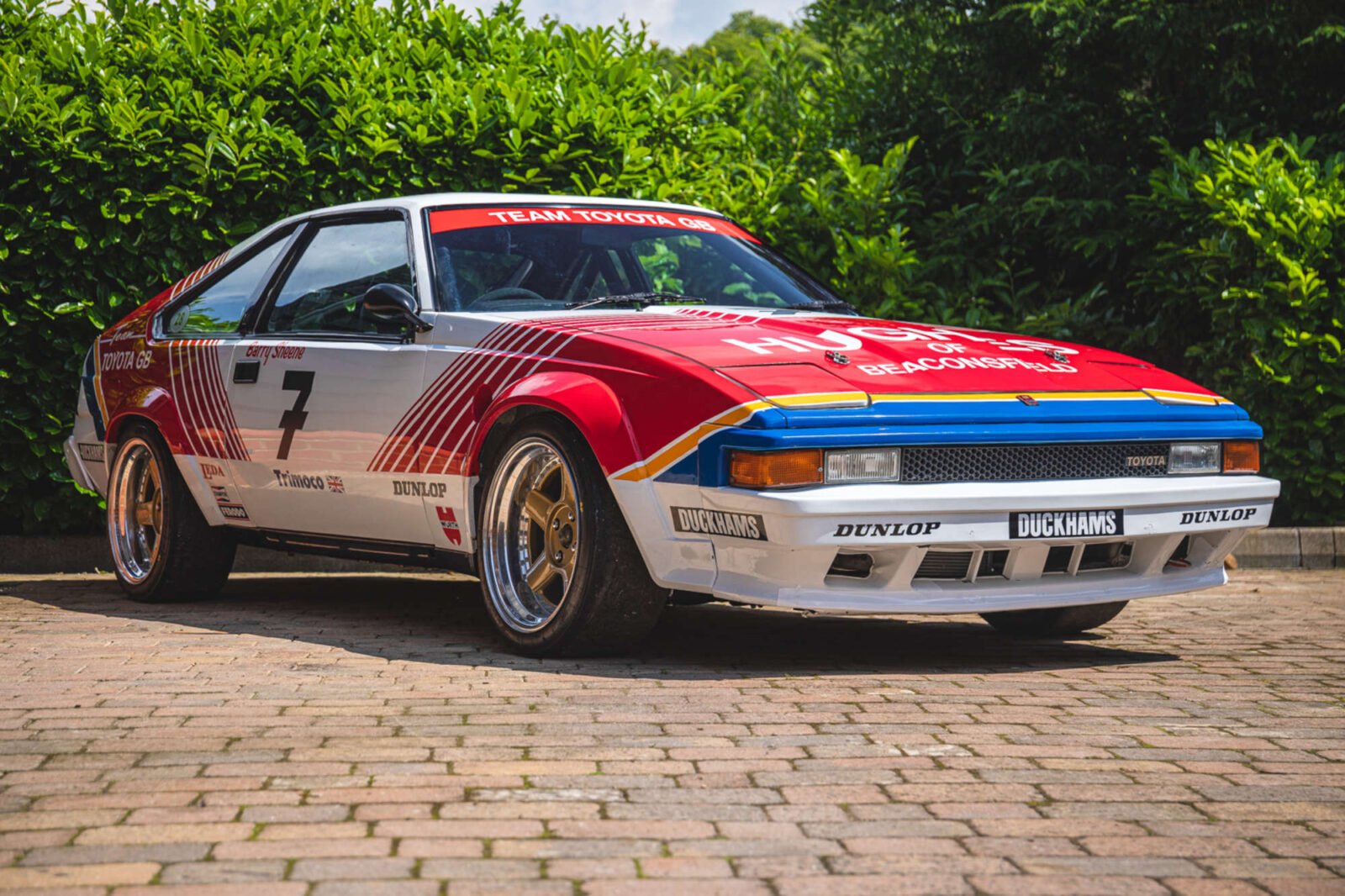 This is the ex-Toyota works ‘Group A’ Toyota Supra that was raced by Barry Sheene in the 1985 Trimoco RAC British Saloon Car Championship (now the BTCC).

Sheene competed in the car you see here for much of the 1985 season, impressively he managed a number of podium places and top six finishes in the aggressive and often dangerous world of British touring car racing.

✱   Barry Sheene was one of the most beloved Grand Prix motorcycle racers of his generation, he became a two-time World Champion and was just as famous for his hard partying lifestyle off the track as his racing exploits on it.

✱   Sheene retired from top flight motorcycle racing at the end of the 1984 season, he wasn’t ready to leave racing behind just yet, and so he decided to try his hand at touring car racing.

✱   He piloted the car you see here in the 1985 season after proving his pace in testing. Though he wouldn’t quite manage to get onto the top step of the podium he did achieve two podium places and a number of high placed finishes.

Sheene retired from the dangerous world of Grand Prix motorcycle racing in 1984, a crash in the 1982 season had very nearly claimed his legs and it had left him struggling to be competitive when he returned to the grid.

He decided to try his hand at competing on four wheels, perhaps due to the safety of having a full roll cage around him at all times when on track, and he had enjoyed his brief time behind the wheel of a Mazda RX-7 in 1981 racing at Mallory Park. 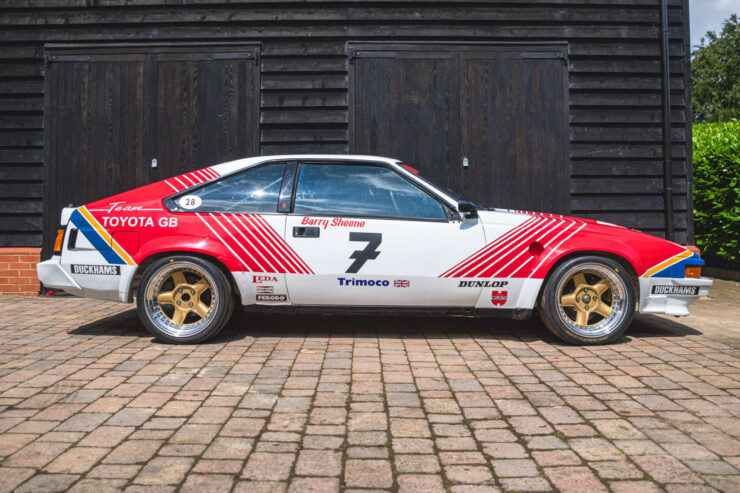 Above Image: The car presents today in the same livery from 1985, with Barry Sheene’s name still on the door.

In order to secure a place on the Toyota factory team Sheene initially drove a Toyota works team Corolla GT, this clearly showed his pace, and in testing he proved to be just 0.4 of a second slower than future 24 Hours of Le Mans winner Win Percy.

Sheene was officially signed to race for the Toyota factory team for the 1985 season. He would be racing the second generation of the Toyota Supra, known internally as the A60, which was sold between 1981 and 1985.

As you would expect, the British touring car version of the Supra varied significantly from the standard road car.

It was fitted with a highly-tuned Group A version of the production engine, a double overhead cam inline-six modified to produce 225 bhp and 207 lb ft of torque at 6,500rpm thanks to upgraded cams, an 11.6:1 compression ratio, and a number of other internal modifications.

Power is sent to the rear wheels via a W50 gearbox with Quaife close-cut gears, the transmission in this car was recently rebuilt and is now ready for on track action.

The Toyota Supra A60, called the Celica Supra in some markets, rides on four wheel independent suspension that as developed by Lotus. It has MacPherson struts up front with semi-trailing arms, coil springs, and a stabilizer bar in the rear. Braking is by four wheel discs. 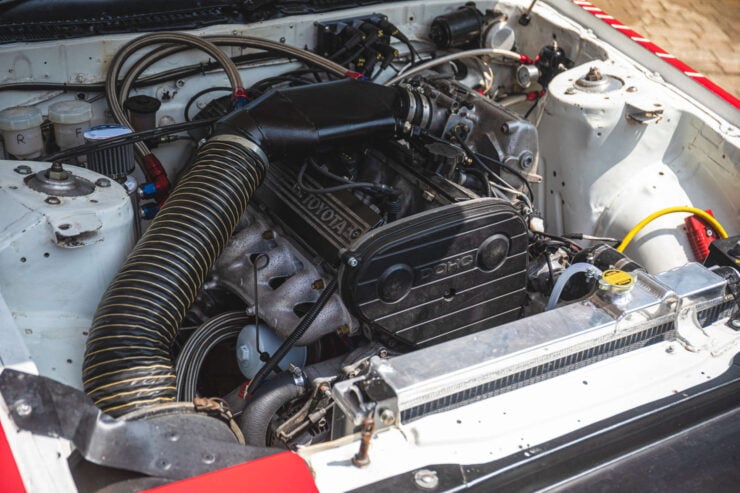 Above Image: The Supra engine has become famous for its tunability, in this specification the engine is turning out 225 bhp and 207 lb ft of torque.

Barry Sheene And The 1985 Season

Sheene’s time in this car during the 1985 season was characterized by both its highs and its lows, he impressed many with his competitive lap times against an experienced field and he claimed two podiums, but he was also involved in a first lap six-car crash that left the car badly damaged.

The Toyota team managed to reshell the car before the next race at Silverstone just two weeks later, and Sheene would compete in this reshelled car for the rest of the season.

This Supra was sold into private hands in 1987, it’s most recent resurfacing was its hugely popular appearance at the 2016 Goodwood Festival of Speed, the car was invited to race up the hill in front of tens of thousands of spectators as part of that year’s Barry Sheene tribute.

The car is now presented in ready to race condition throughout and it would doubtless be a welcome addition to the grid of countless vintage racing events worldwide, and it’s likely to enjoy the ever increasing popularity we’re seeing surrounding sports cars from the 1980s and 1990s.

As mentioned above this Supra is now due to roll across the auction block in late July with a price estimate around the $100,000 USD mark. If you’d like to read more about it or register to bid you can click here to visit the listing. 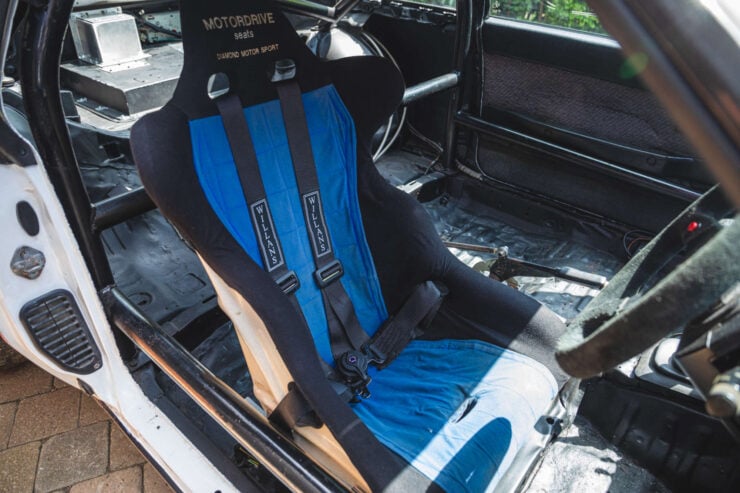 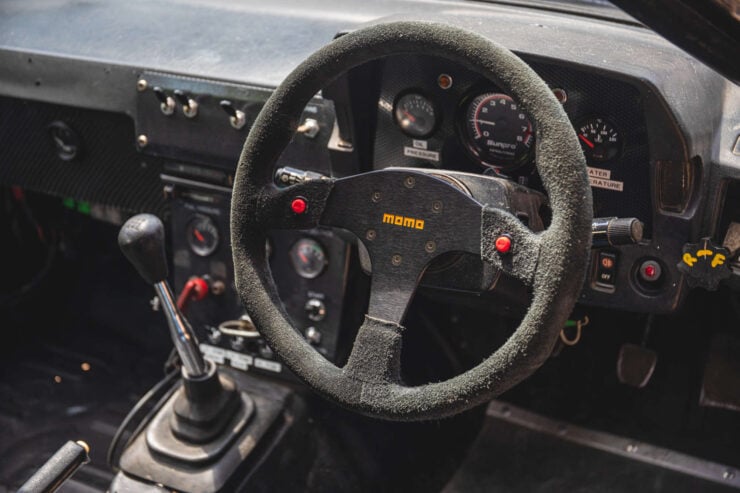 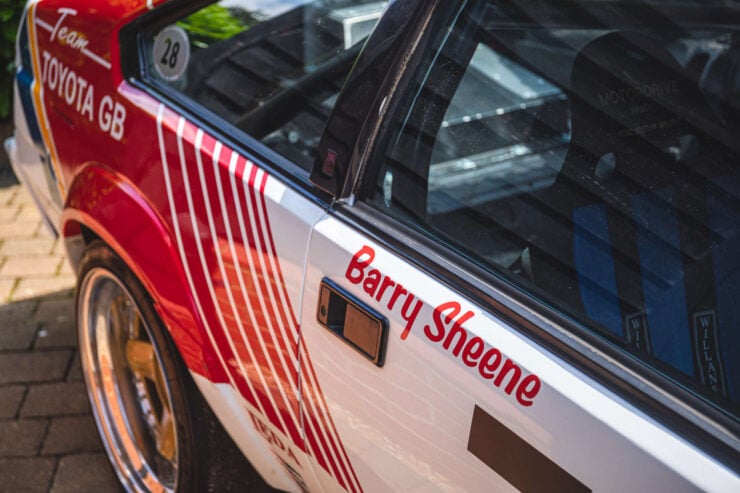 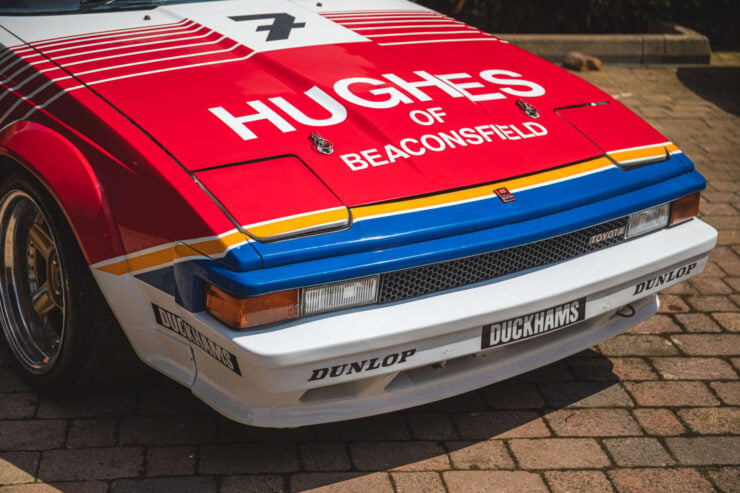 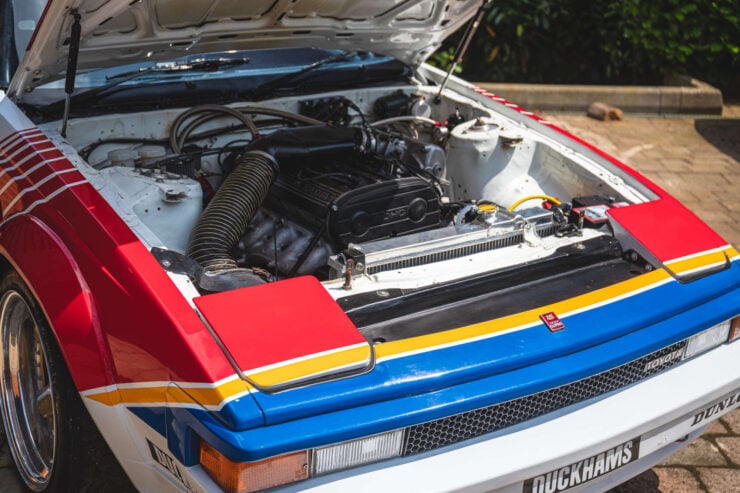 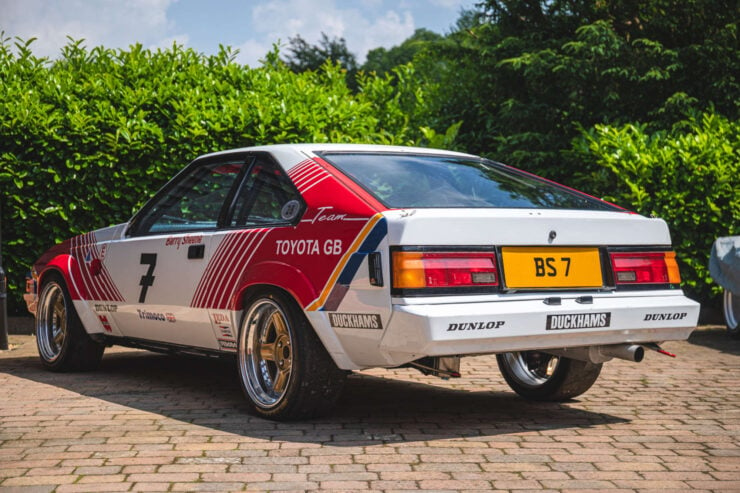 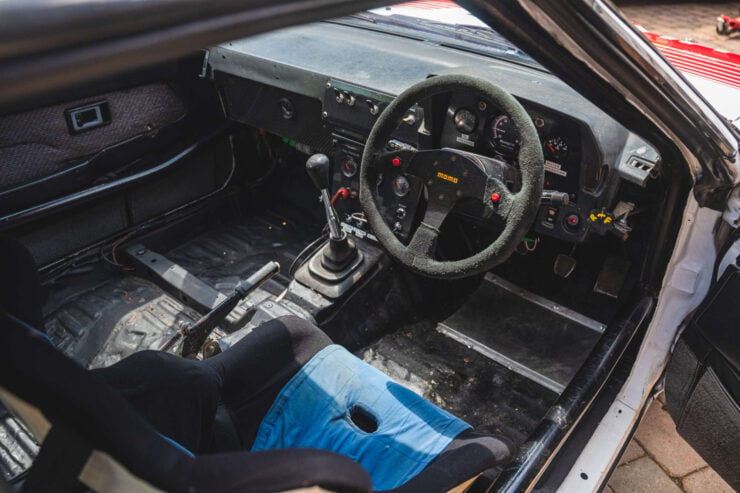 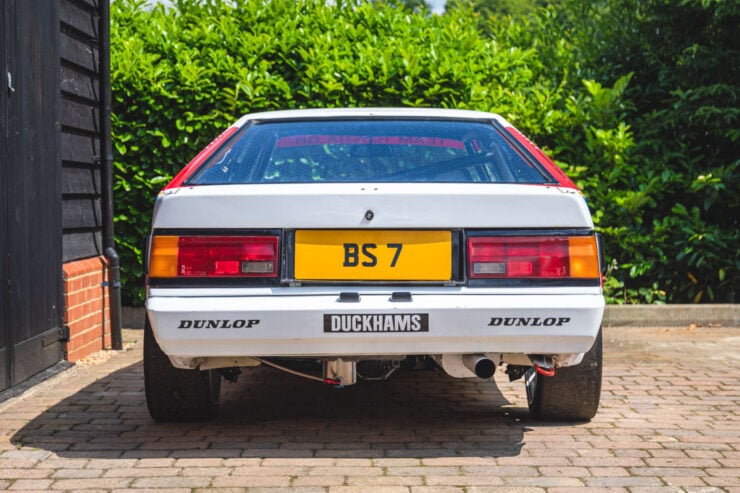 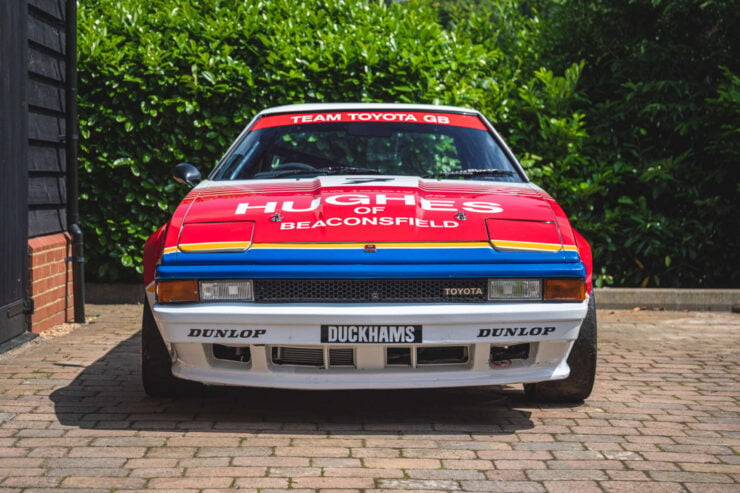 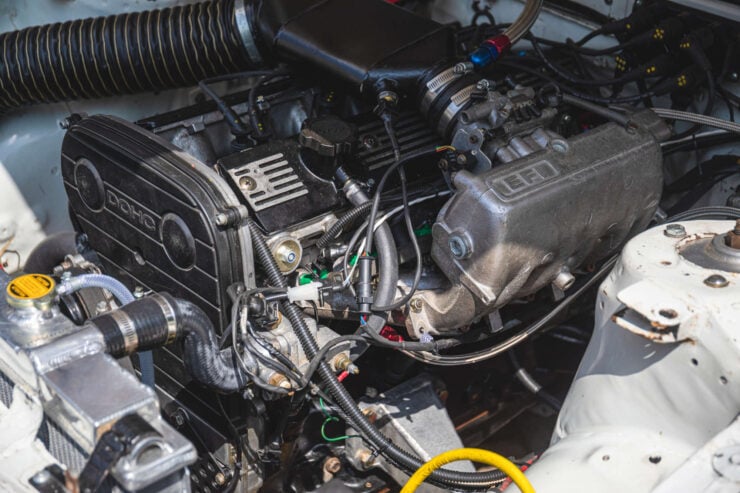 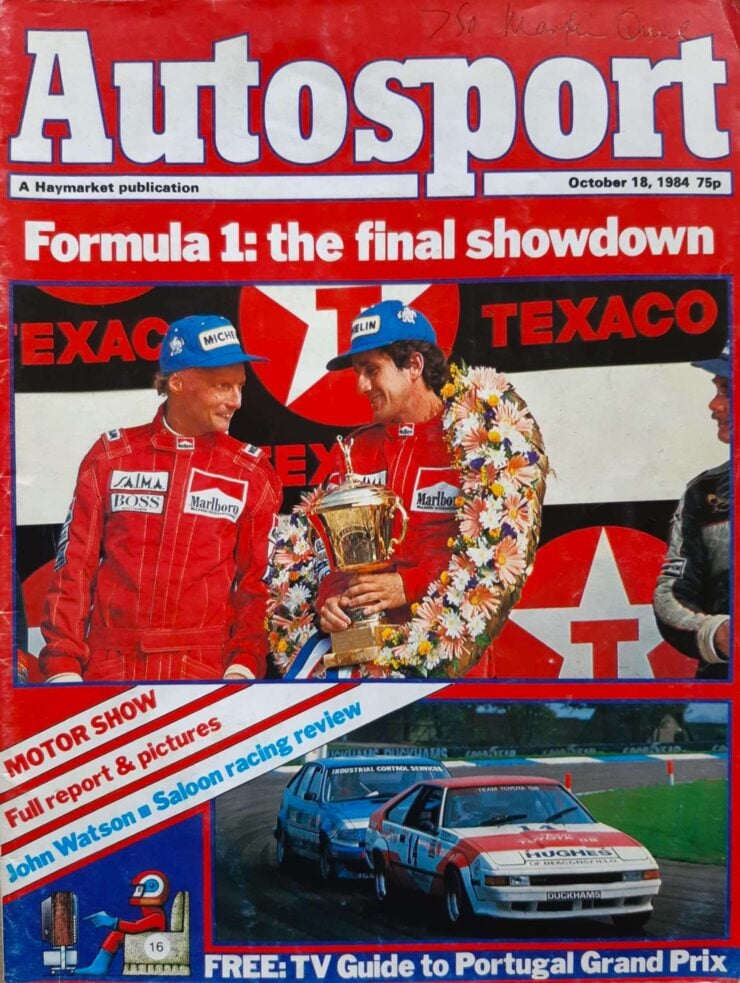 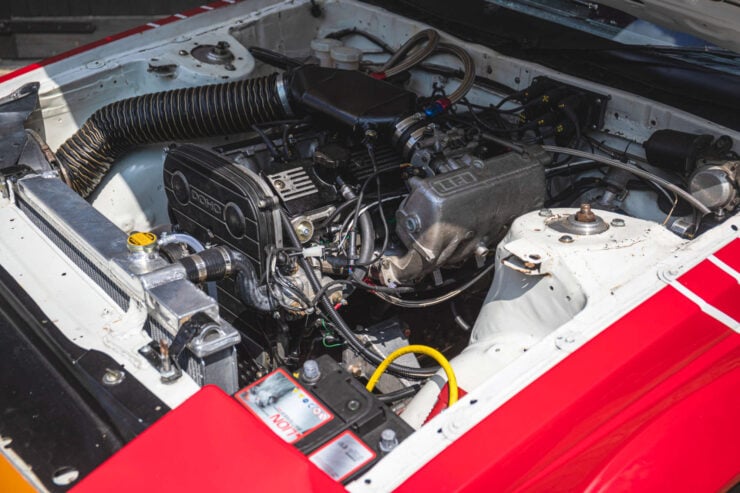 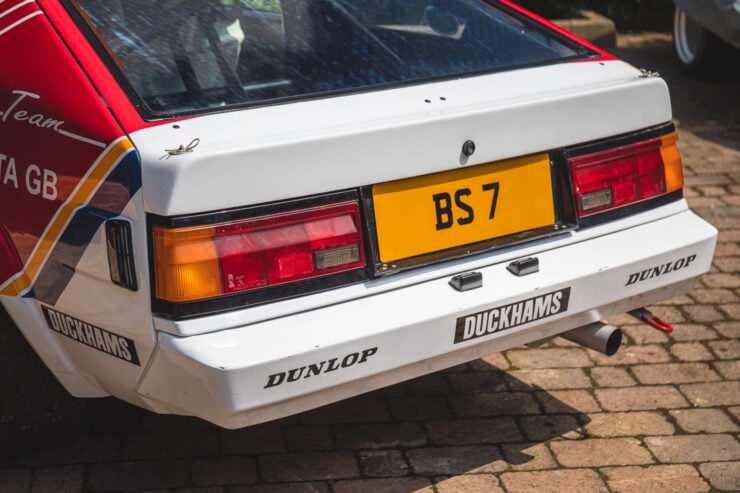 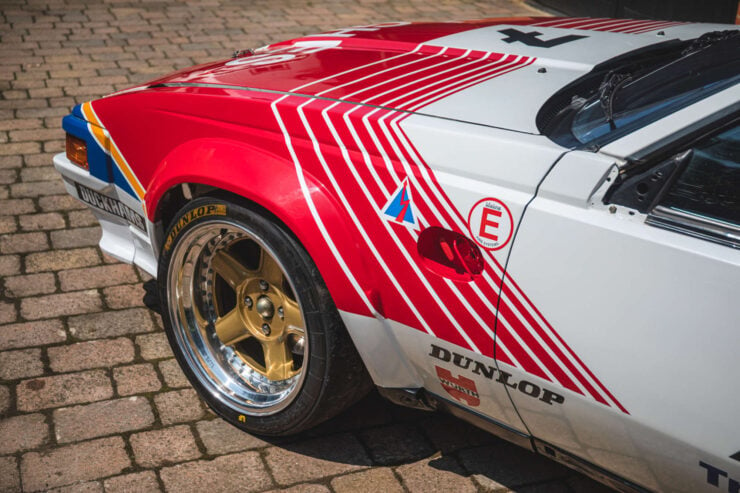