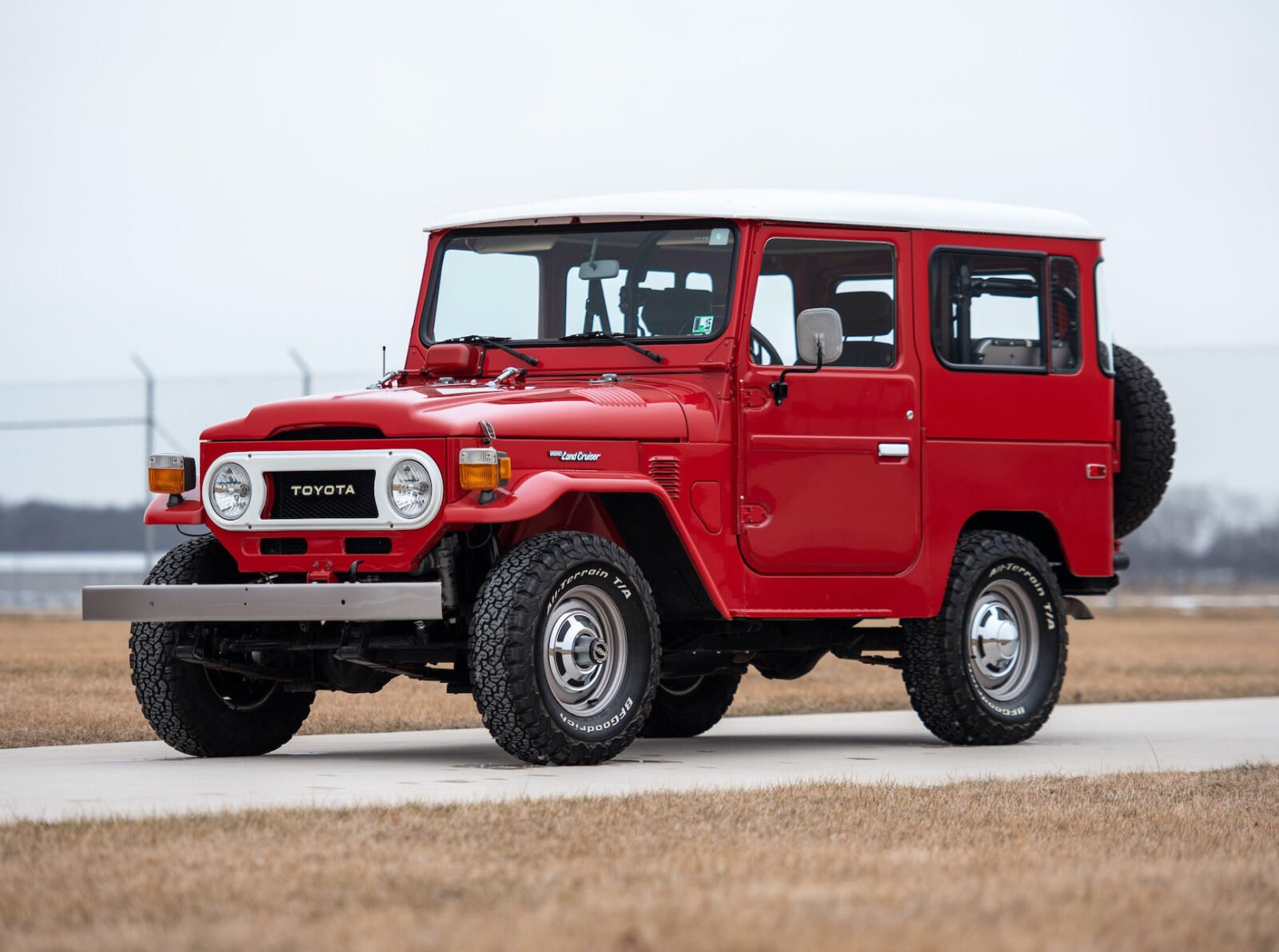 The Toyota FJ40 Land Cruiser has become one of the most desirable classic four-wheel drives in the world in recent years, alongside its American and British cousins like the International Scout, the (first) Ford Bronco, early CJ Jeeps, and those Series Land Rovers from across the pond.

There seem to be two schools of thought when it comes to owning and driving classic four wheelers – one camp (including Tom Hanks) restomod their vehicles with new engines, transmissions, suspension, brakes, etc and the other camp believes in keeping things as original as possible with a few exceptions for reliability and comfort. 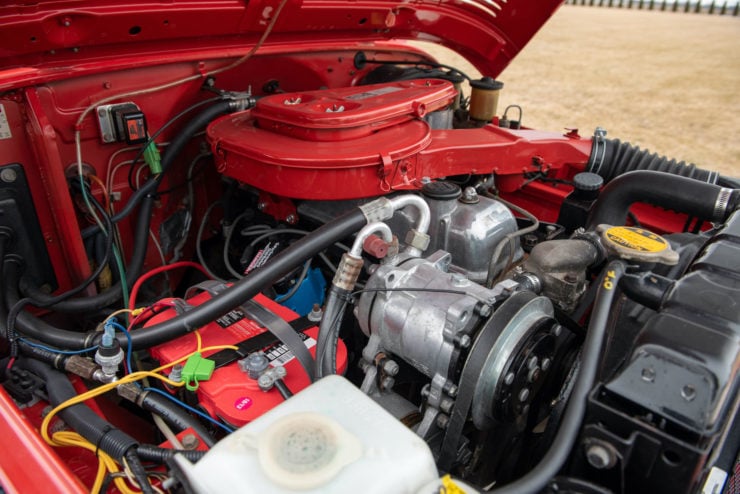 Toyota offered air-conditioning and power steering as optional extras from the 1979 model year onwards, they were welcome additions for many as the Land Cruiser was a popular car in many countries and regions with warmer climates and rough terrain, including Australia, Africa, and South America.

The J series Land Cruiser first appeared all the way back in 1960 as a competitor for both the American Jeep and for the British Land Rover – from where it got inspiration for its name. Much like its rivals the Land Cruiser used a body-on-frame design with live axles on leaf springs front and back, a front mounted engine and a centrally mounted transfer case to send power to the front and back axles.

Toyota worked hard to make sales inroads against Jeep and Land Rover and they enjoyed no small amount of success, the Land Cruiser has now been in production (in some form or another) since 1951 – a staggering 69 years. 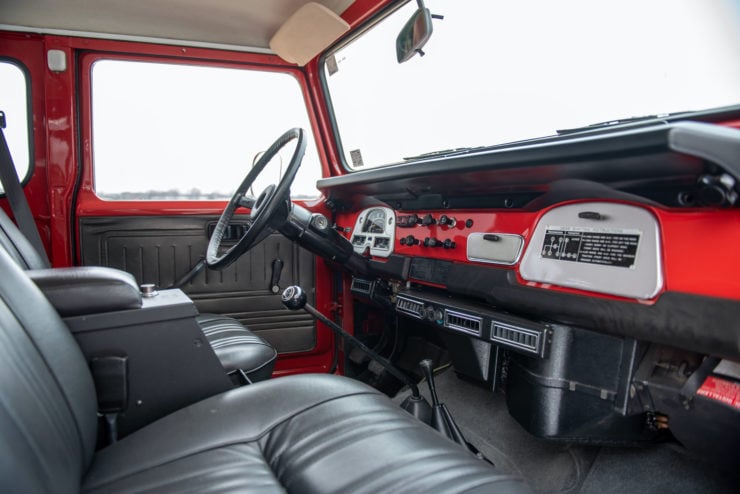 As many in the classic car world begin to turn their eye to the previously largely ignored world of classic four-wheel drives we’ve seen early Land Cruisers become highly desirable, in fact an entire industry has sprung up in recent years to both restore and modify them to suit people’s tastes.

Of all the iterations of the Land Cruiser the most popular with enthusiasts and collectors is almost certainly the FJ/BJ series. The “F” in “FJ” indicates that the vehicle has a petrol/gasoline engine and the “B” in “BJ” tells you it uses diesel, Toyota developed a series of inline-6 petrol engines and inline-4 diesels (with one inline-6 diesel) to power the J series vehicles. 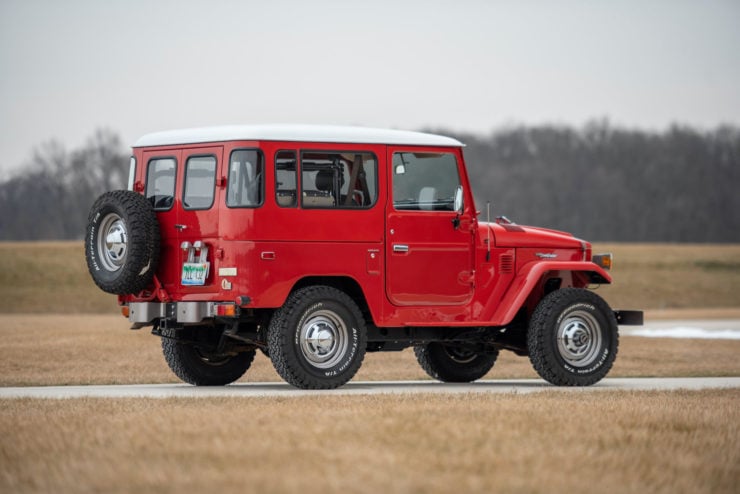 The example you see here is an FJ40 which means it’s gasoline-powered and it has the shorter “40” wheelbase. It’s finished in Freeborn Red with a white roof to help keep the temperature down, and it’s fitted with the correct “2F” Toyota engine – a 4.2 litre inline-6 producing 135 hp and a healthy 210 ft lbs of torque which is sent to the axles via a 4-speed transmission.

If you’d like to read more about this FJ40 or register to bid you can click here to visit the listing. It’s due to be sold as part of The Elkhart Collection and it’s being offered with no reserve, the price guide is $45,000 to $55,000 USD. 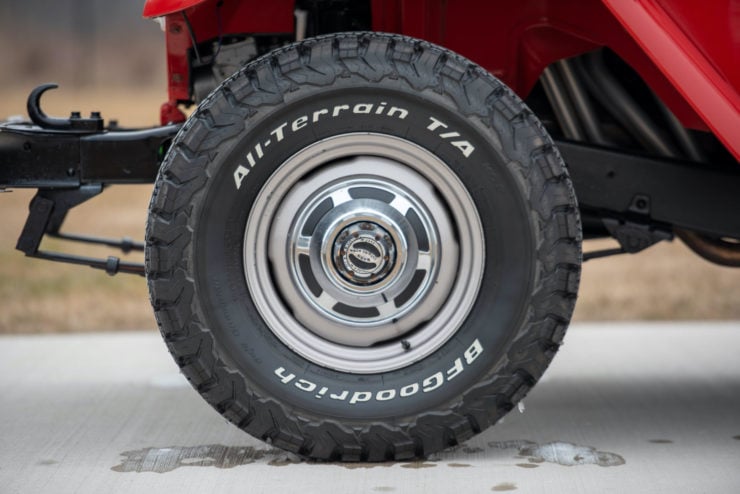 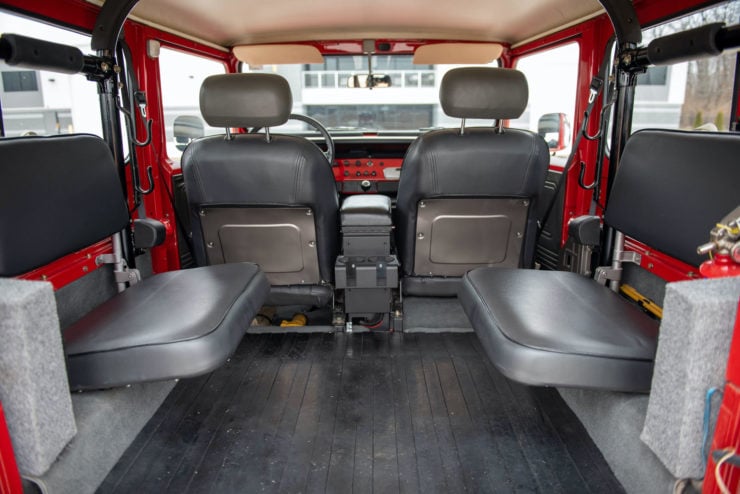 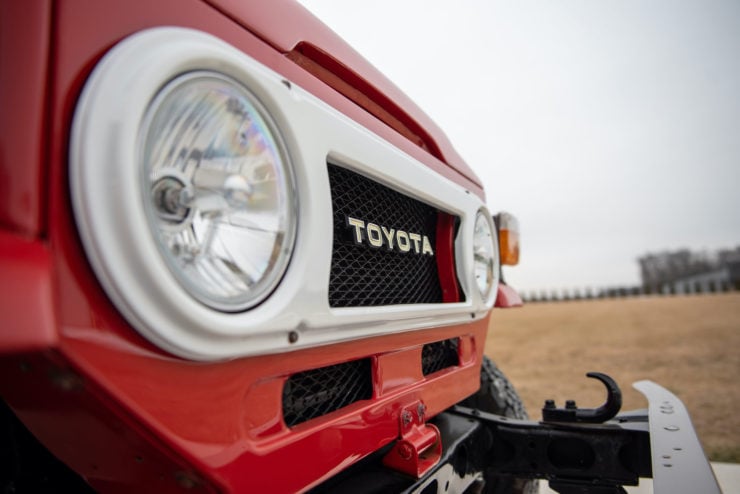 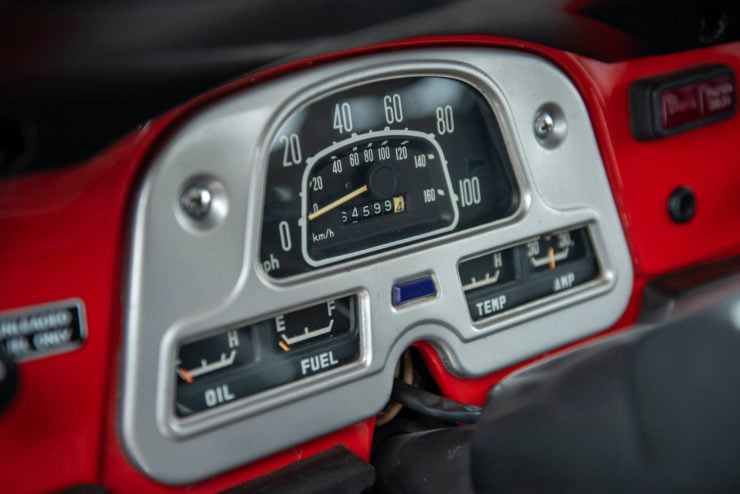 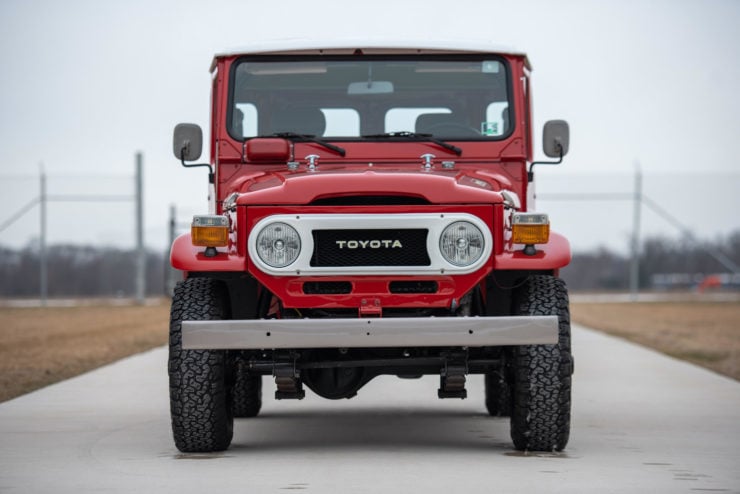 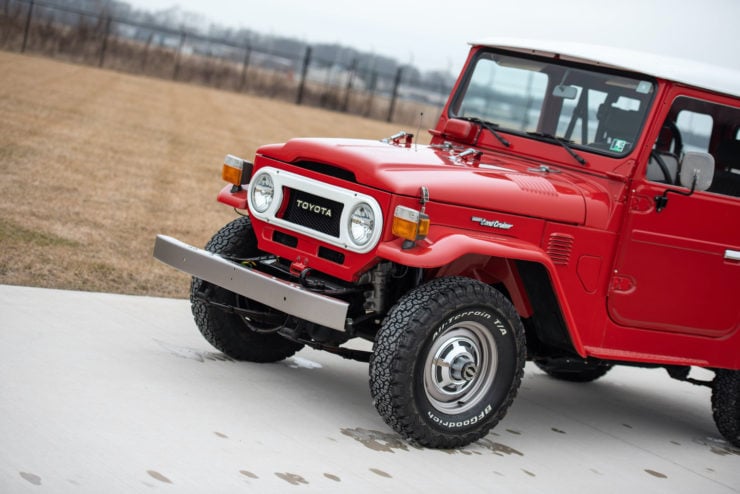 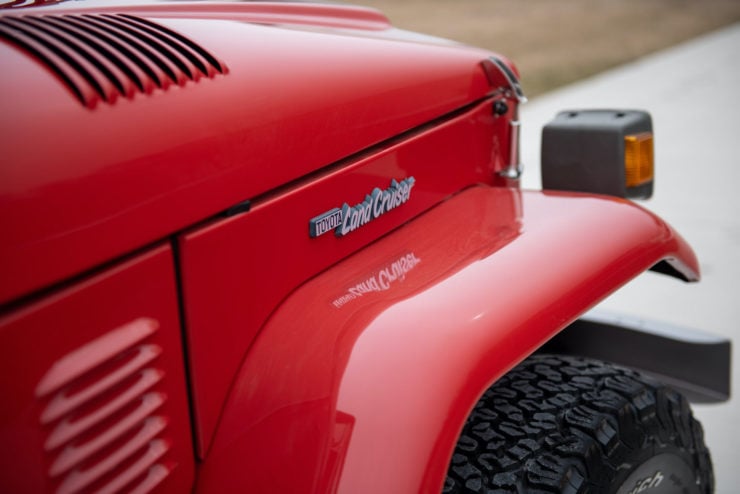 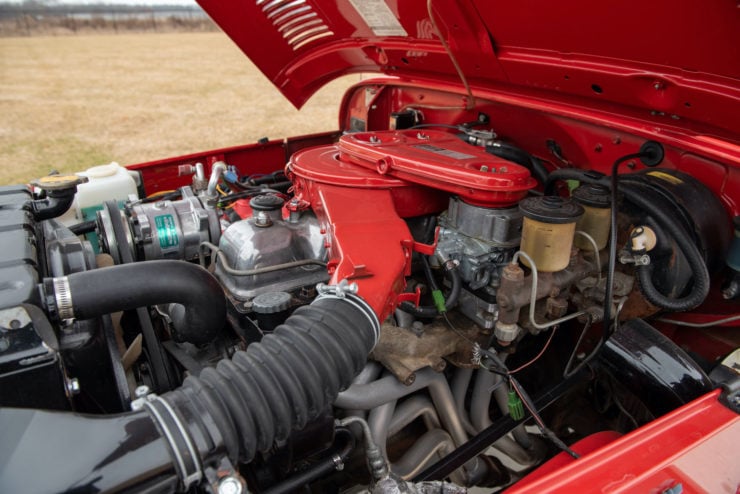 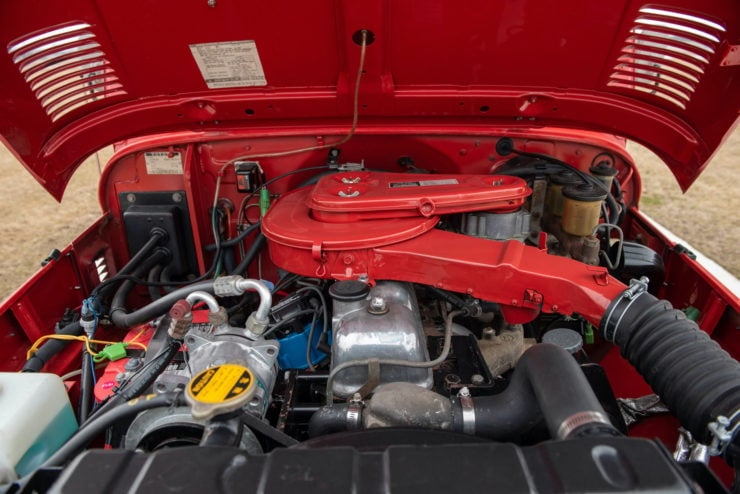 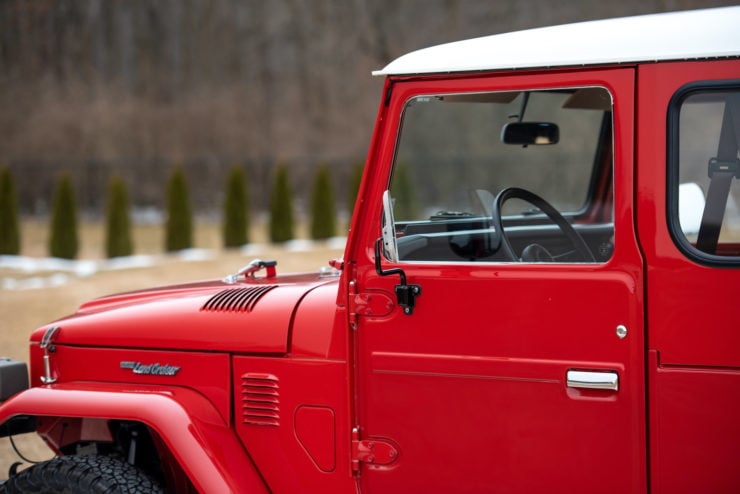 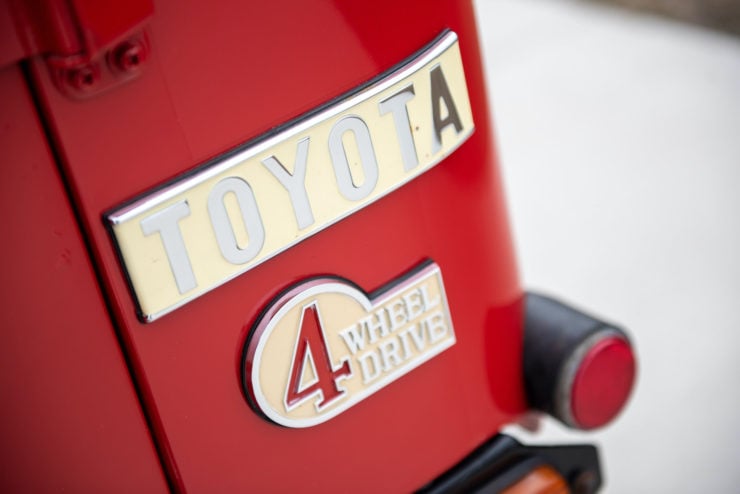 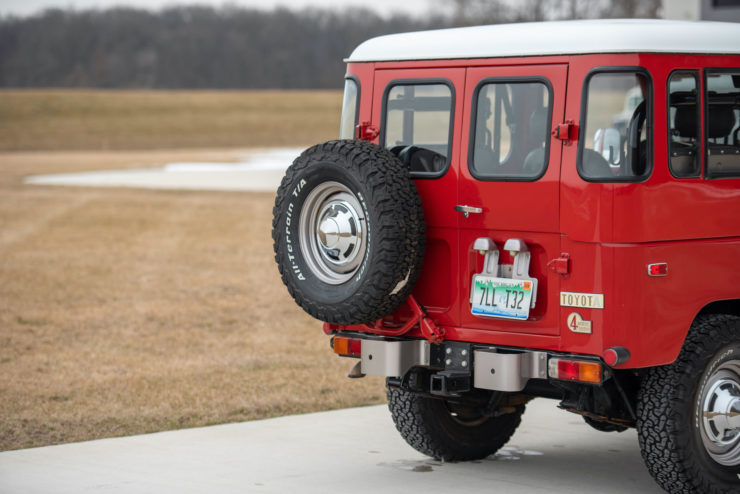