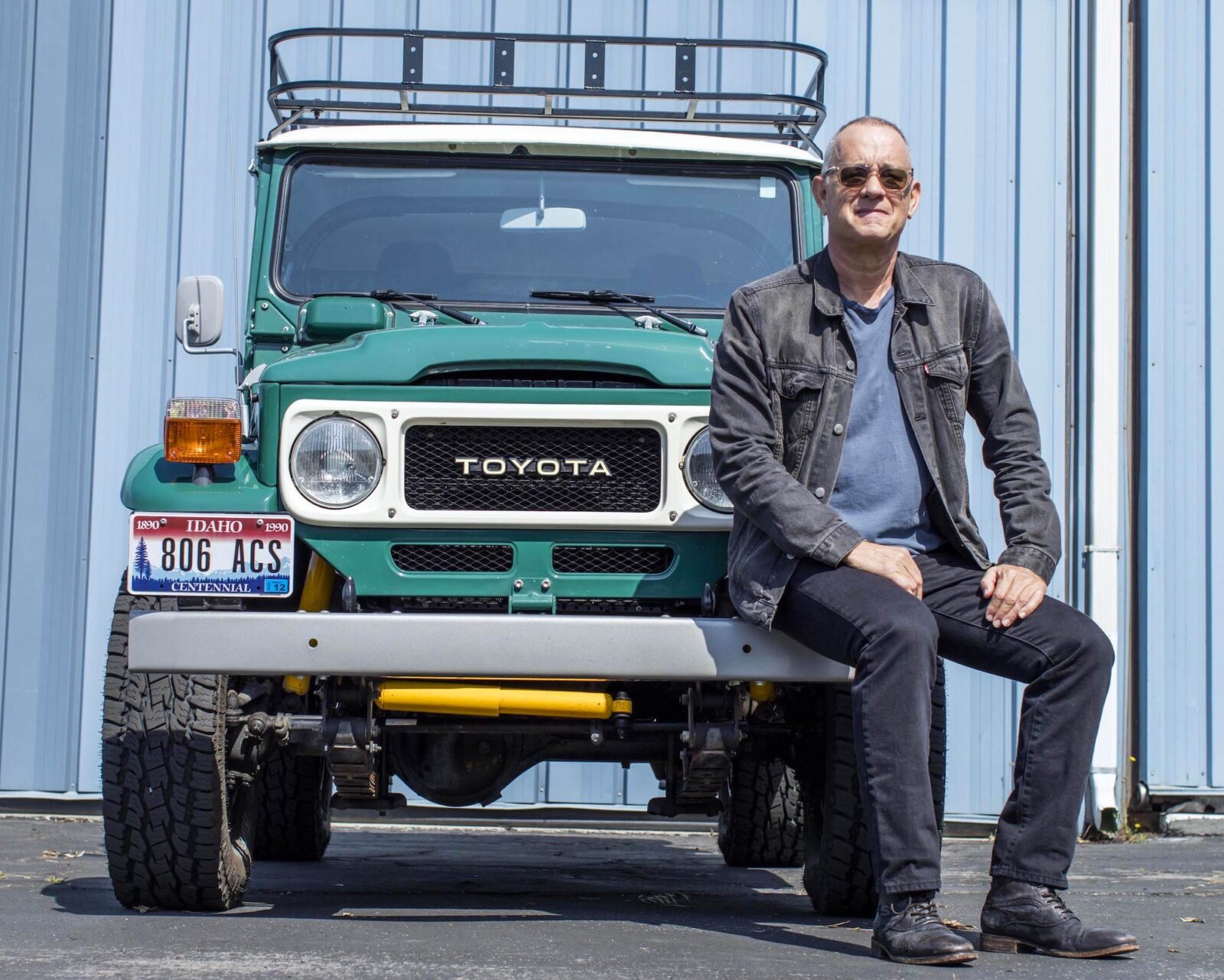 This customized 1980 Toyota Land Cruiser FJ40 was commissioned by Tom Hanks and built to his specifications. It’s now powered by 4.3 liter GM L35 Vortec V6 producing 180 hp, it has a 5-speed transmission, and upgraded suspension.

Importantly the engine swap has the stamp of approval from the California Bureau of Automotive Repair, it carries the BAR inspection label under the hood to attest that it passes California smog requirements.

Tom Hanks has a well-known love of vintage machines including everything from Airstreams to typewriters, so it makes sense he would be a fan of the humble FJ40, a great example of the purely mechanical four-wheel drives from the era before fuel injection, ECUs, and infotainment systems.

Tom Hanks commissioned this Land Cruiser to be built for his own use, not to win shows or or show off a SEMA. As a result he went with a GM L35 Vortec V6 engine swap rather than the more common 350+ hp LS V8 swap that we’ve seen in so many recent builds. 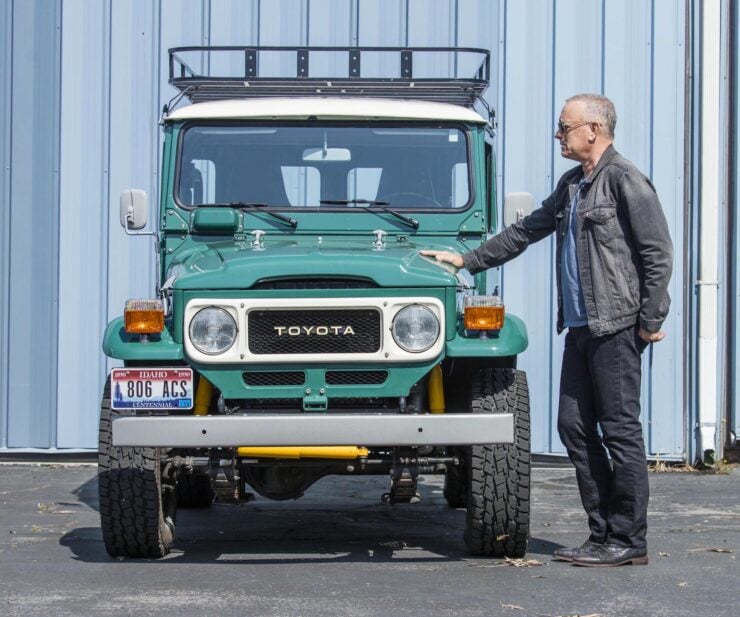 Above Image: Hanks commissioned this FJ40 for his own personal use, opting to keep it close to stock looking while having a series of upgrades added.

Every element of the vehicle was carefully considered for daily usability, the original seats come with the car but they’re no longer fitted, having been replaced with far more comfortable power-operated Porsche high back seats.

The original factory heater is still installed bit it’s now accompanied by a discrete air-conditioning system, an important addition for a Land Cruiser intended for use in California summers.

That Vortec V6 produces a reliable 180 hp and offers better mileage than the original inline-6, this engine has been paired with GM-sourced 5-speed manual transmission which feeds power through the original two-speed transfer case to all four wheels.

He decided to keep the stock ride height of the FJ40, though he opted to have Old Man Emu shock absorbers with a matching steering damper fitted. It now rides on chromed steelies with Toyo Open Country 31 x 10.50 R 15LT tires on all four corners, with a matching spare.

The Land Cruiser is finished in a period correct Rustic Green with a white painted roof, it has a roof rack installed for carrying extra gear and the spare tire is mounted on the backdoor as you’d expect. Looking at the vehicle externally it’s clear that Hanks wanted to keep it looking close to stock, hence the lack of a suspension lift or wildly exotic wheels and tires. 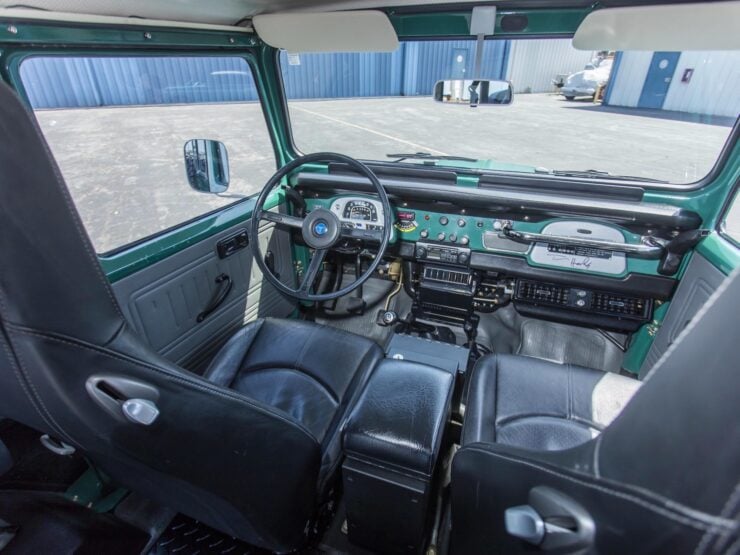 Above Image: One of the most notable upgrades are the seats, the original seats still come with the car, but it’s now fitted with power-operated Porsche high back seats.

In the rear there’s a bolt-in roll cage for extra safety when off road, as well as two fold down seats that face one another to provide seating for additional people when required. The seats fold up and latch when not in use to ensure you can still use the cargo area.

Bonhams will be offering the vehicle in mid-August at the Quail Lodge Auction with a price guide of $75,000 to $125,000 USD, which is close to what we’d expect a restored and modified FJ40 like this to sell for without the Hollywood A-list former owner.

Hanks is offering a small number of personal vehicles for sale at this auction including his beloved Airstream Model 34 that we wrote about earlier this week, a travel trailer he used while filming Apollo 13, Forrest Gump, Philadelphia, Catch Me If You Can, Castaway, The Polar Express, Sully, and a slew of other films. 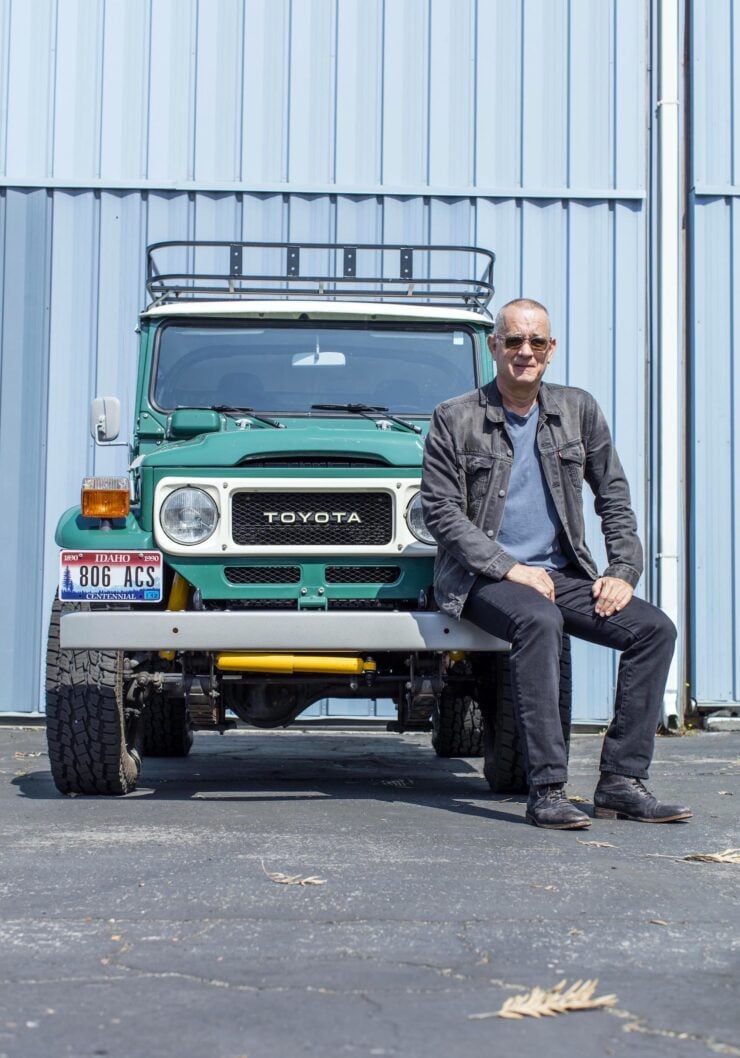 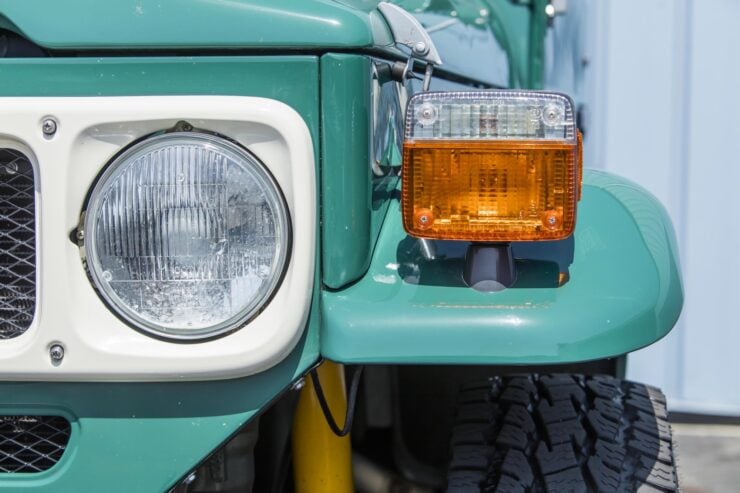 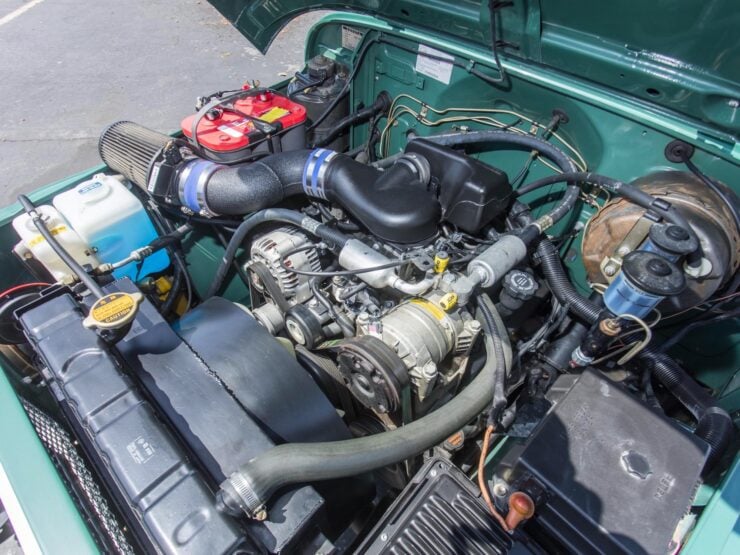 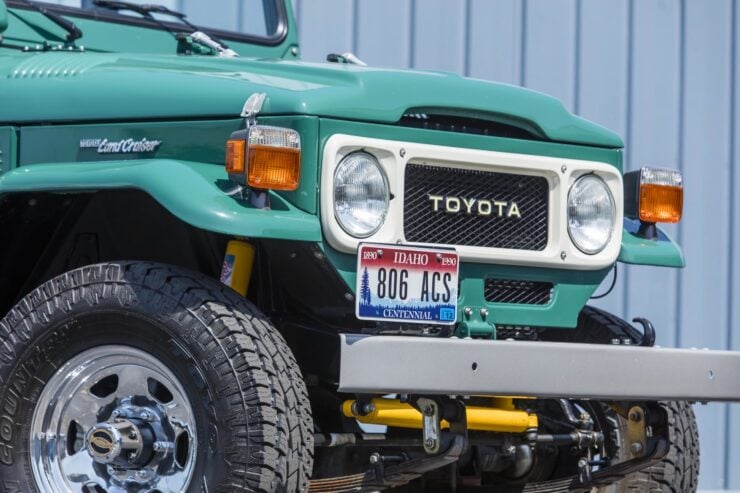 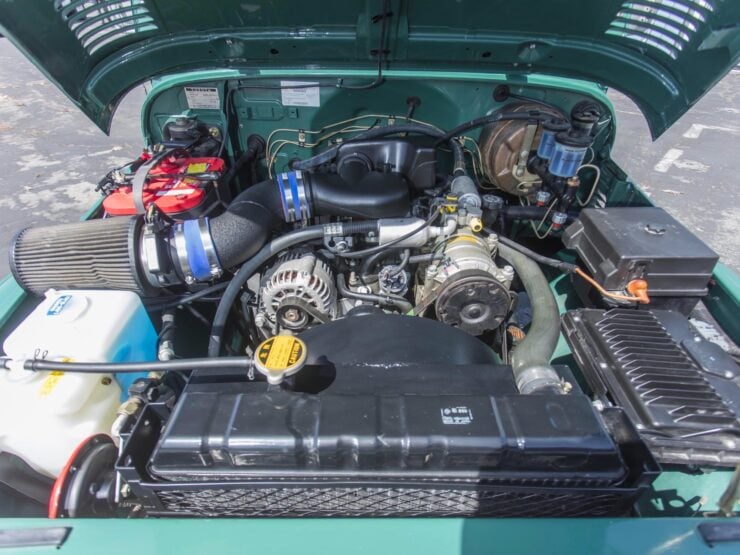 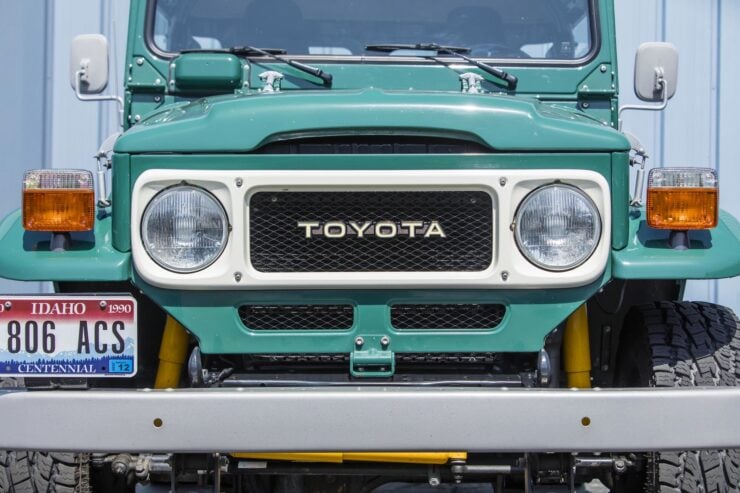 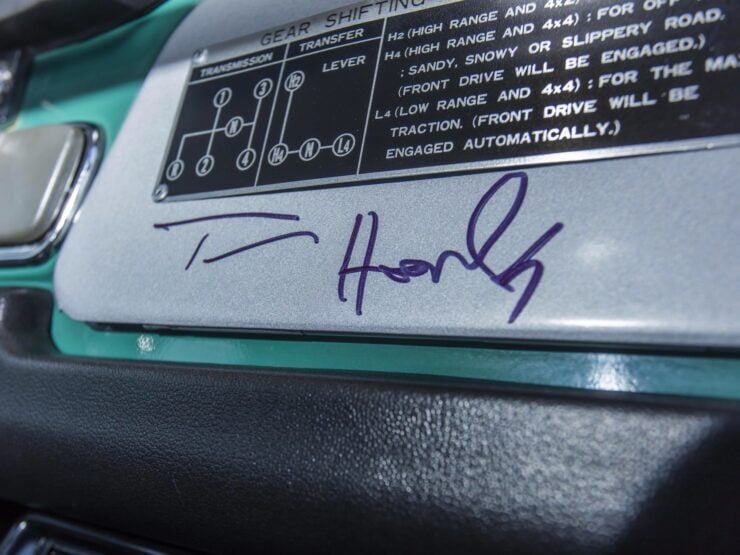 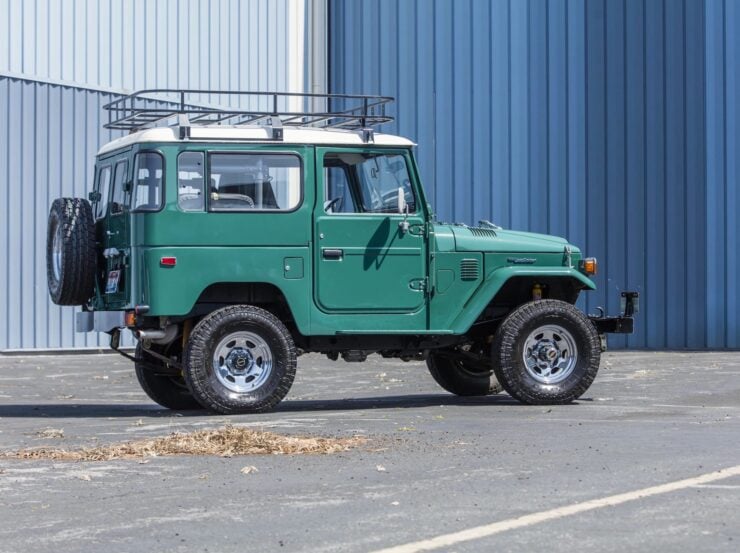 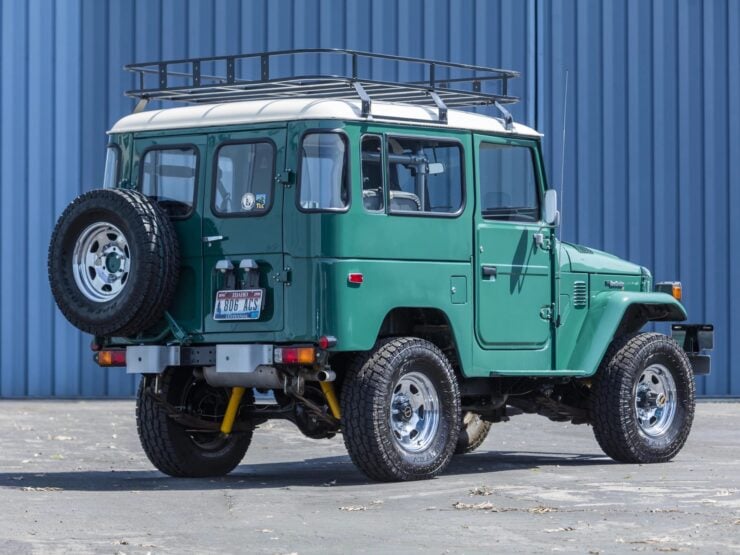 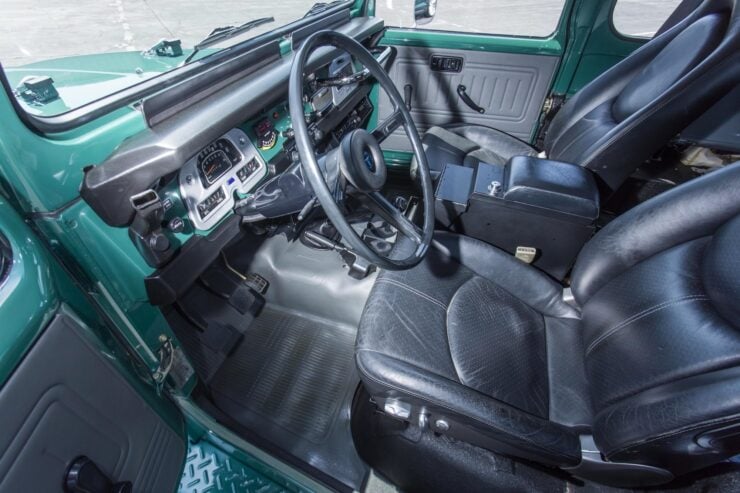 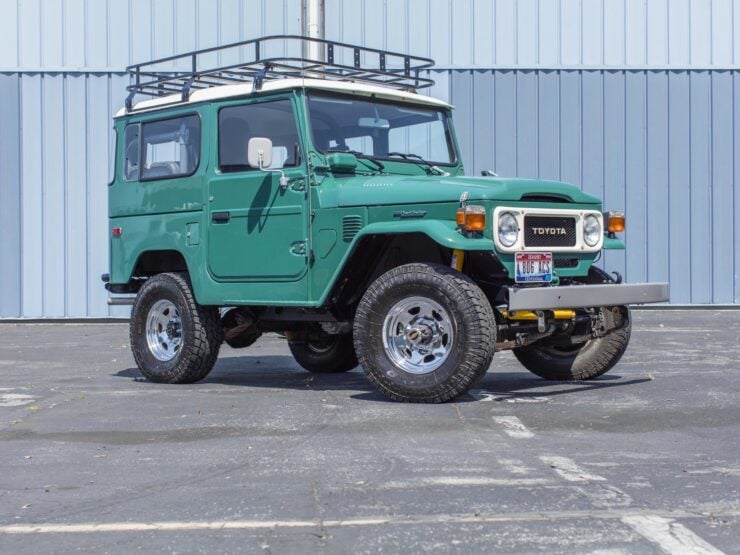 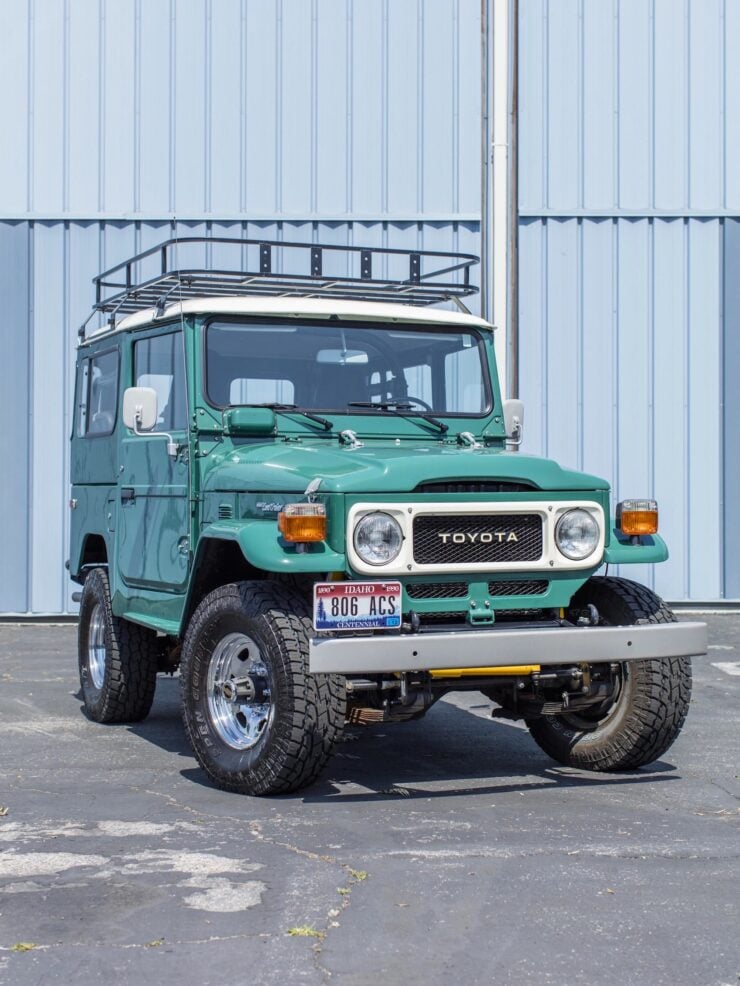 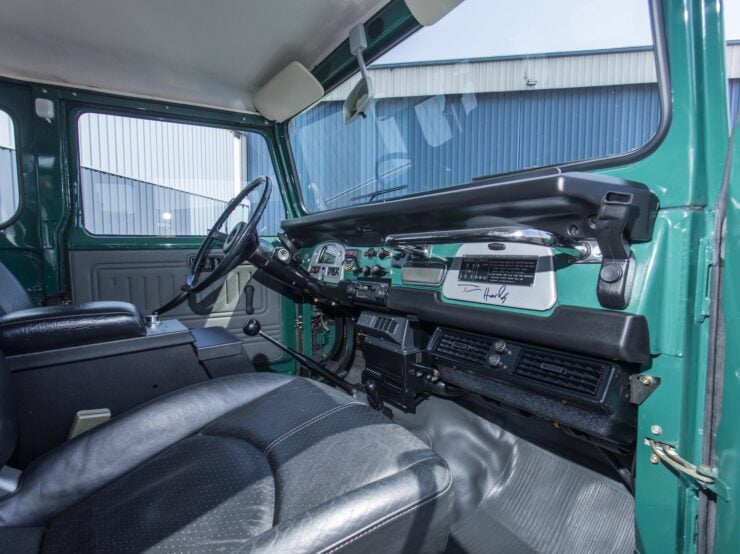 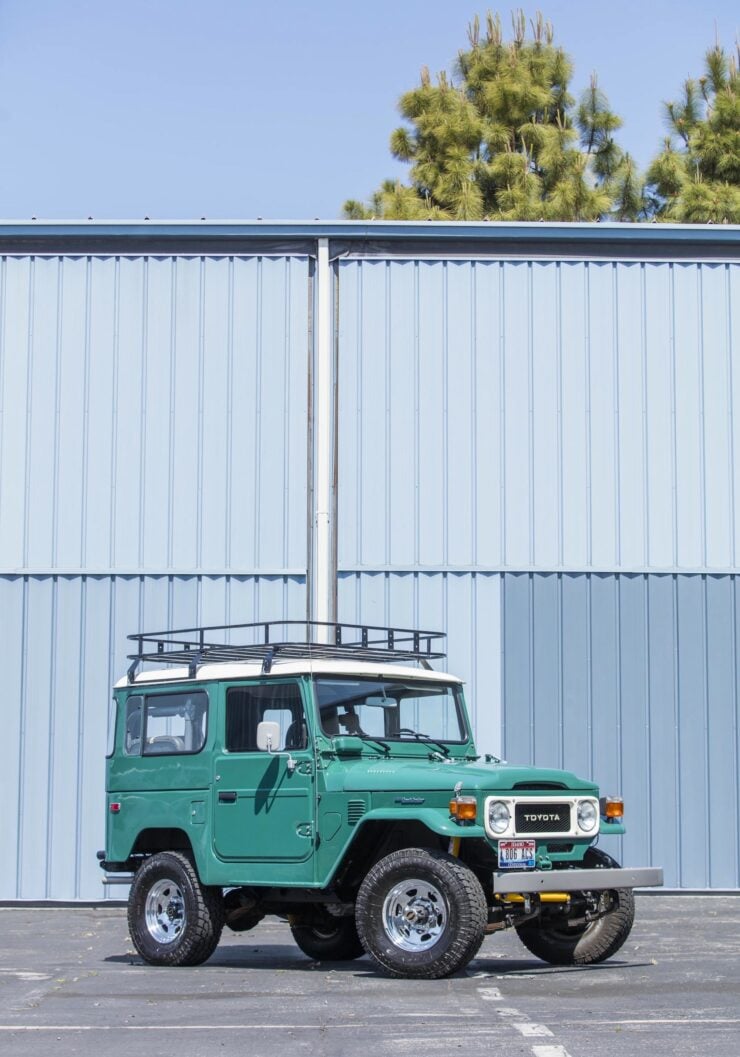 Published by Ben Branch - July 24th 2021
Related Posts
The Kermit Chair: The Original Motorcycle Touring Chair – 100% Made In The USA