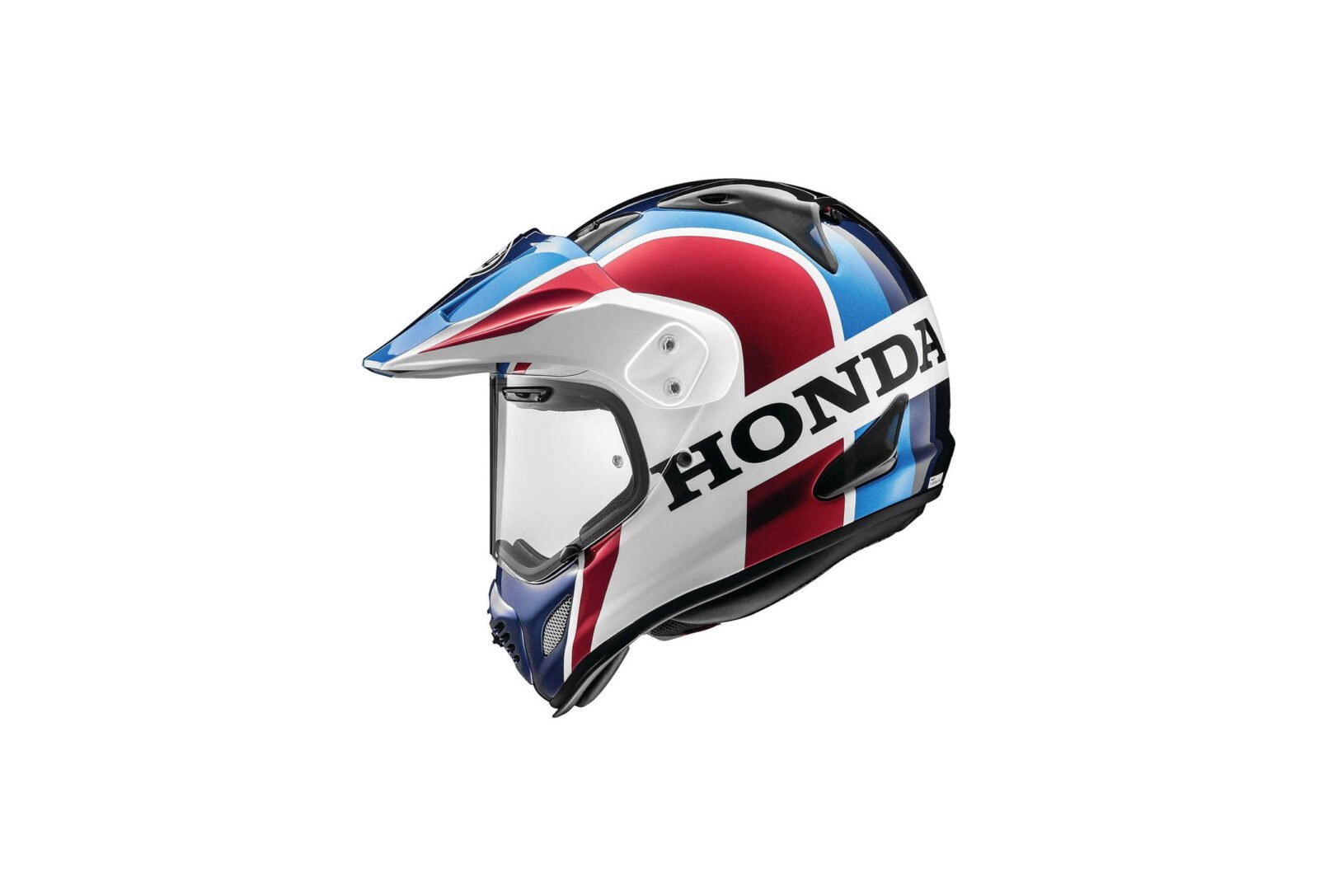 The Arai XD-4 Africa Twin Helmet is a new addition to the Arai helmet range targeted squarely at Honda riders. The design of the XD-4 Africa Twin is both a little modern and a little retro/classic, so it’ll appeal to a wide range of motorcyclists, and the fact that Arai make helmets for both MotoGP and Formula 1 will leave wearers with well-founded confidence in their safety.

Arai spend a lot of time in the wind tunnel with each of their helmets and the XD-4 is no exception, it has excellent aerodynamic stability at higher speeds on both the asphalt and dirt. There are exhaust ports in the top diffuser vents, a chin vent with intake ports, and a removable floating peak that (when fitted) channel air into the vents.

Inside the helmet you’ll find a fully removable/replaceable/washable interior, with an FCS (Facial Contour Support) cheek pad design, this offers a 5mm peel away layer to allow you to custom fit the helmet to your own head/face shape.

The helmet has been designed for dual sport and adventure touring, however it’ll also prove popular with urban riders who’ll like the wide field of view and excellent ventilation.

The helmet graphics are a breath of fresh air when compared to many of the more splashy and exotic designs out there that don’t tend to appeal to older riders, or riders who aren’t big on looking like a Mighty Morphin Power Ranger.

The Arai XD-4 Africa Twin helmet is current available for pre-order, if you do want one it may be a good idea to order sooner rather than later, as it’s likely the helmet will sell out as soon as it hits store shelves. 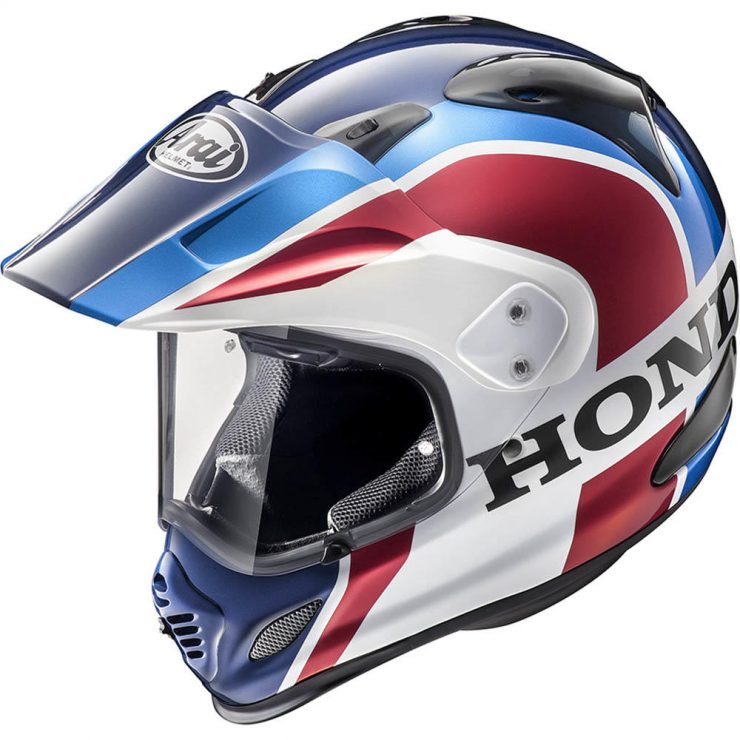 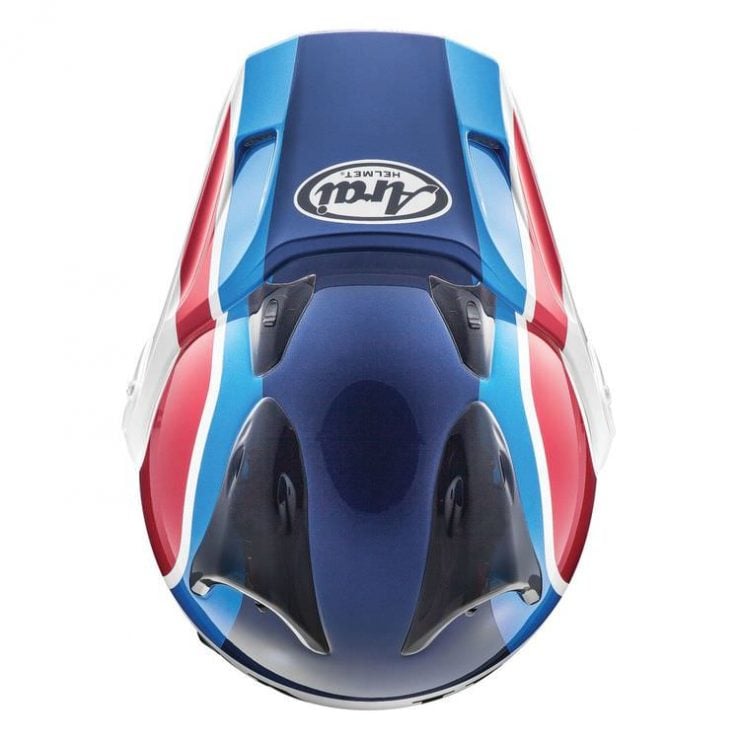 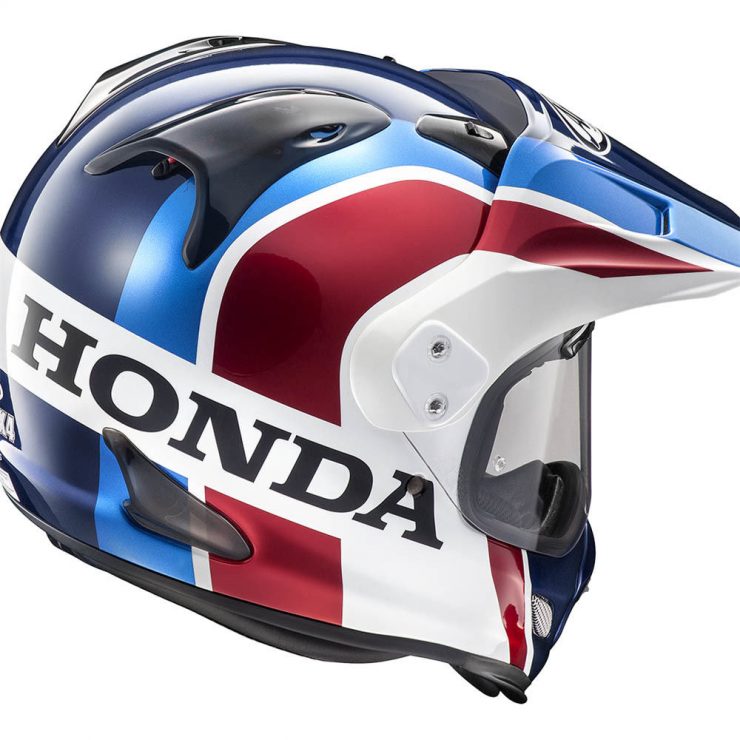 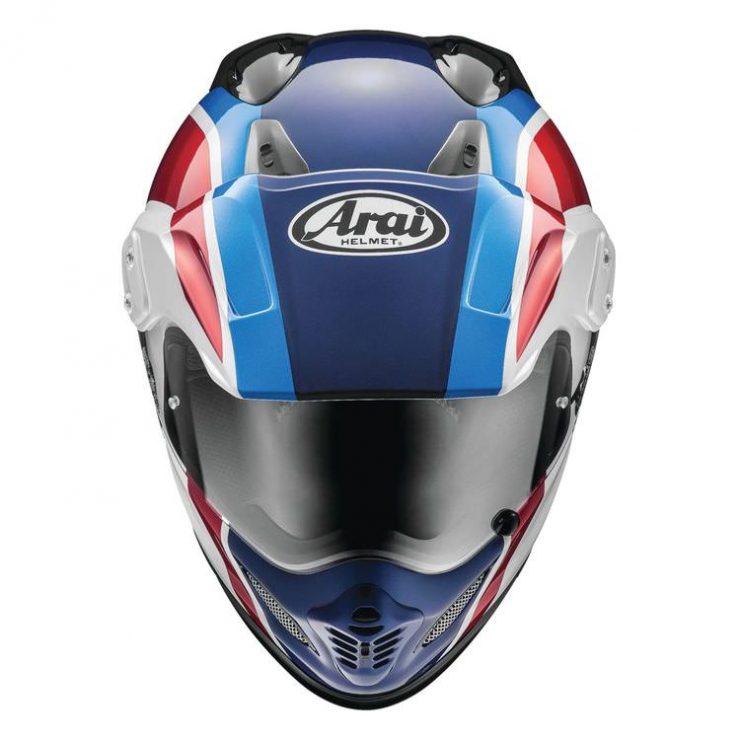 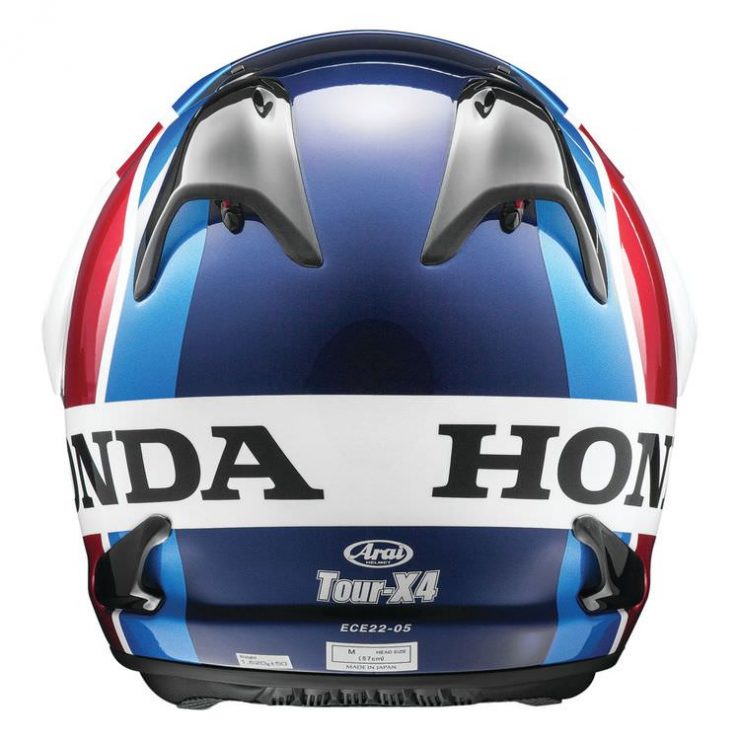 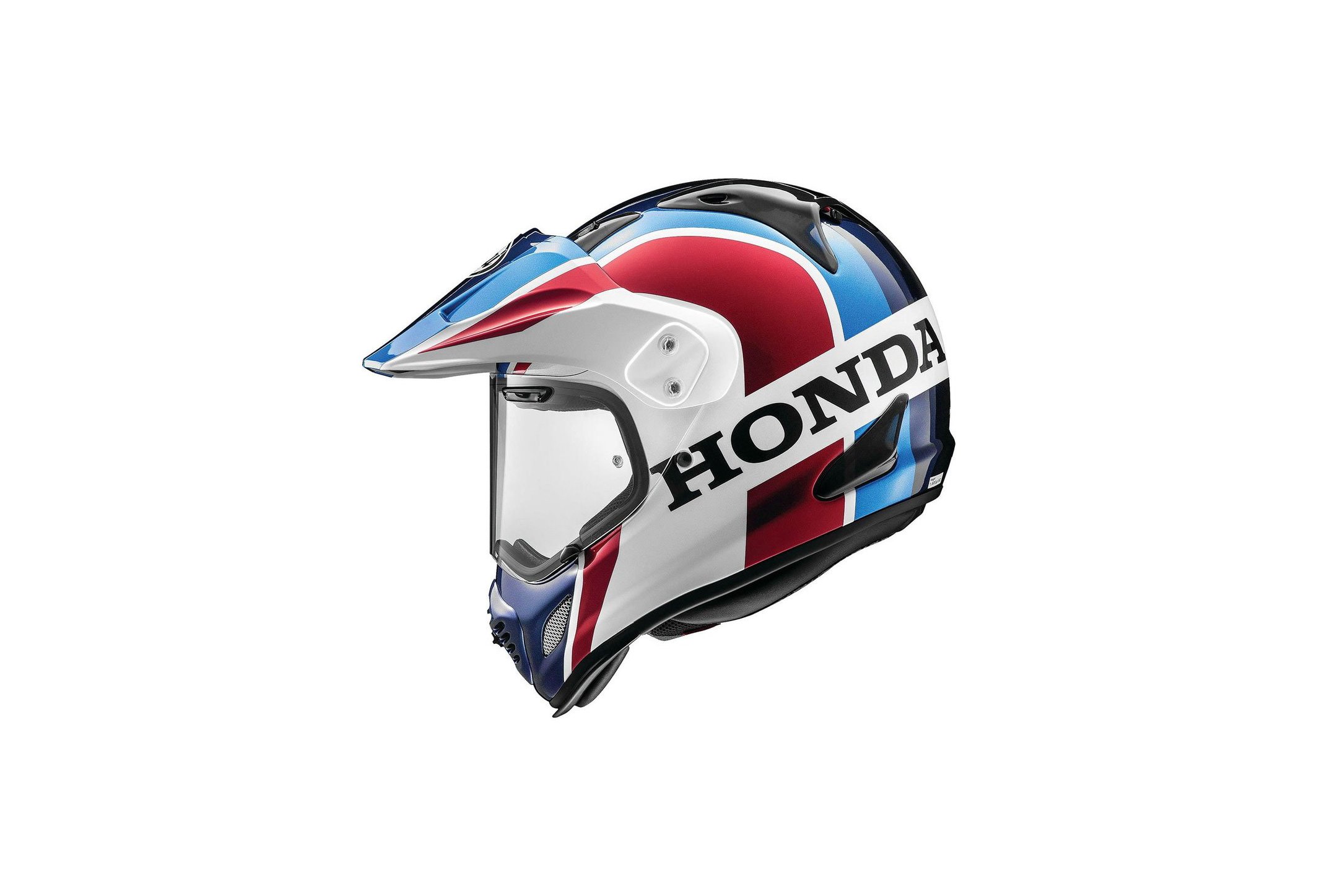